10 Of The World’s Wildest Rainforests & Jungles To Trek 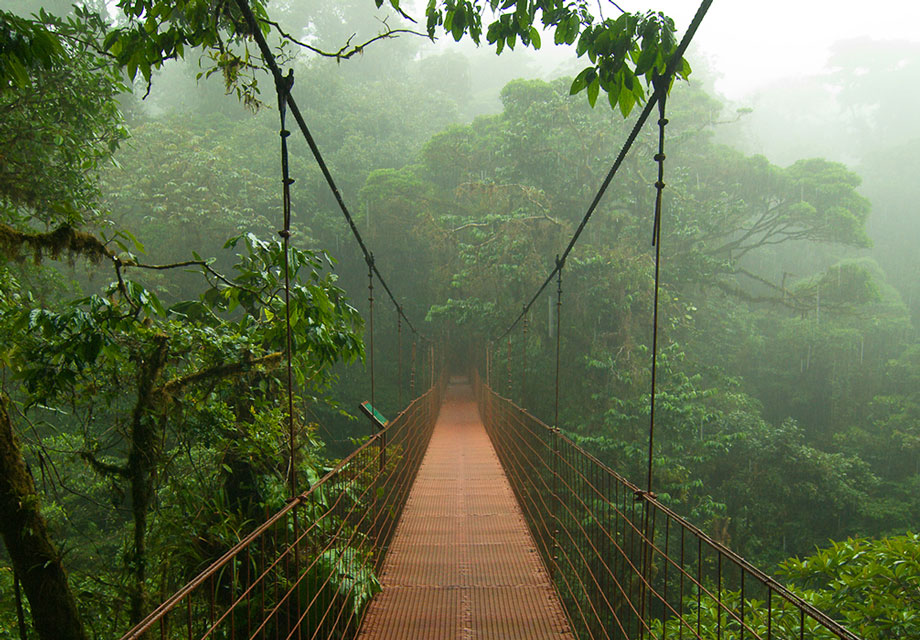 Strap on the machete, avoid the piranha-infested waters, and keep an eye out for poison blow darts. It’s time for a trek deep into the world’s best rainforests and jungles.

These gems of the natural world are filled with exotic plants and unusual creatures that have lured adventure-seekers for generations. With the rise of the modern eco-tourism industry, a visit to one no longer means hacking your way through tangled vines and clouds of mosquitos (unless you want it to).

The vast Brazilian Amazon is the planet’s most famous span of rainforest. It’s home to an estimated 390 billion individual trees and one in ten known species, making it the largest collection of living plants and animals in the world. Worth a visit? Absolutely, but it’s not the only forest in the game.

Lesser known, but equally lush, jungles can be found in Asia, Australia, Africa, and North America. You’ll find 10 of the best below to kickstart your trip planning. Try to be more Tarzan and less George of the Jungle.

Costa Rica’s Monteverde Cloud Forest Reserve is one of the country’s most fascinating destinations. Monteverde supports more than one hundred mammal species, four hundred species of bird, thousands of different insects, and two-and-a-half thousand different plants. Its most notable resident is the resplendent quetzal, the brightly coloured bird that was considered divine by Pre-Columbian Mesoamerican civilisations. Other native creatures include howler monkeys, jaguars, ocelots, tapirs, and macaws.

Khao Sok offers a welcome change of scenery from the beach resorts of Koh Samui and the intoxicated antics of the Full Moon Party. The national park is Thailand’s rainiest spot and, at 160 million years young, thought to be the oldest rainforest on Earth. Visitors come to hike, kayak, take Jeep safaris, and even ride elephants in hopes of seeing Khao Sok’s biggest draw: Rafflesia kerrii, one of the world’s biggest (and smelliest) flowers. The largest example recorded reached 112 cm in width.

Canada isn’t a rainforest destination on most bucket lists, but it should be. British Columbia boasts the Great Bear Rainforest, a stretch of land along the Pacific Coast known for its towering spruce and red cedar trees. The forest’s animal inhabitants include kermode and grizzly bears, bald eagles, cougars, and wolves. Scattered across the Great Bear Rainforest are isolated First Nations villages and evidence, like totem poles, of their ancient ancestors.

There’s little that doesn’t await in the Daintree Rainforest. Its diverse landscape includes gorges, waterfalls, mountains, dense forest, white sand beaches, and fringing reefs just offshore. Contained within that rare combination are 3% of the frog, reptile and marsupial species in Australia, 90% of Australia’s bat and butterfly species, and 7% of Australia’s bird species. Miraculously, all that diversity is contained in an area that makes up less than 1% of the country’s total landmass.

Located at the meeting point of the Tropical Andes and the Amazon Basin in Southwestern Peru is Manu National Park, a UNESCO World Heritage Site since 1987. The park is fairly inaccessible by road to this day, allowing its mosaic of ecological zones to remain shockingly pristine. One of the main attractions of the park are the clay licks, which are regularly visited by flocks of macaws. You may also catch a glimpse of giant otters, Brazilian tapirs, capuchins, and capybaras.

They say that over a hundred scientists are conducting research in the Danum Valley at any given time. It’s easy to see why. Before it became a conservation area, the forest had no human settlements whatsoever. Without interference from homo sapiens, the Danum Valley flourished. Today intrepid visitors can explore its many rope bridges in search of orangutans, rare pygmy elephants, and the photogenic Wallace’s flying frog.

Though it was once the site of bloody battles in WWII, the Kokoda Track is peaceful and picturesque today. The a single-file foot trail runs 96 kilometres through the Owen Stanley Range in Papua New Guinea. Hiking it is not for the faint of heart. Hot, humid days are coupled with cold nights, torrential rainfall, and the risk of endemic tropical diseases – but if you’re up for the gruelling trek, you’ll find yourself immersed in unspoilt jungle scenery that few will ever witness.

The largest ruins of the Mayan civilisation await in Tikal National Park. If they look familiar, it’s because George Lucas used the one-time Mayan capital as a shooting location for the original Star Wars film. You won’t see the Millennium Falcon there now, but you might lay eyes on spider monkeys, jaguars, gray foxes, toucans, and leafcutter ants. Take a predawn climb up one of the pyramids for an unforgettable sunrise.

Nepal’s first national park is also one of the country’s biggest draws. Meaning ‘Heart of the Jungle’, Chitwan protects 932 square kilometres of forest and grassland. Visitors come in droves to see leopards, wild elephants, sloth bears, and the park’s one-horned rhinos. The crowning achievement, however, is a sighting of the “king of the jungle” – the majestic Bengal tiger. Chitwan National Park is one of the best tiger habitats anywhere in the world.

Volcanoes National Park lives up to its name. It is home to five of the eight major volcanoes of the Virunga Mountains. More famously, the park is also home to the critically endangered mountain gorilla. A highlight of any stay includes tracking the breathtaking beasts, though encounters can never be guaranteed. In the event that you miss out, there are a variety of other primates (including the golden monkey), elephants, buffalo, and hyenas. 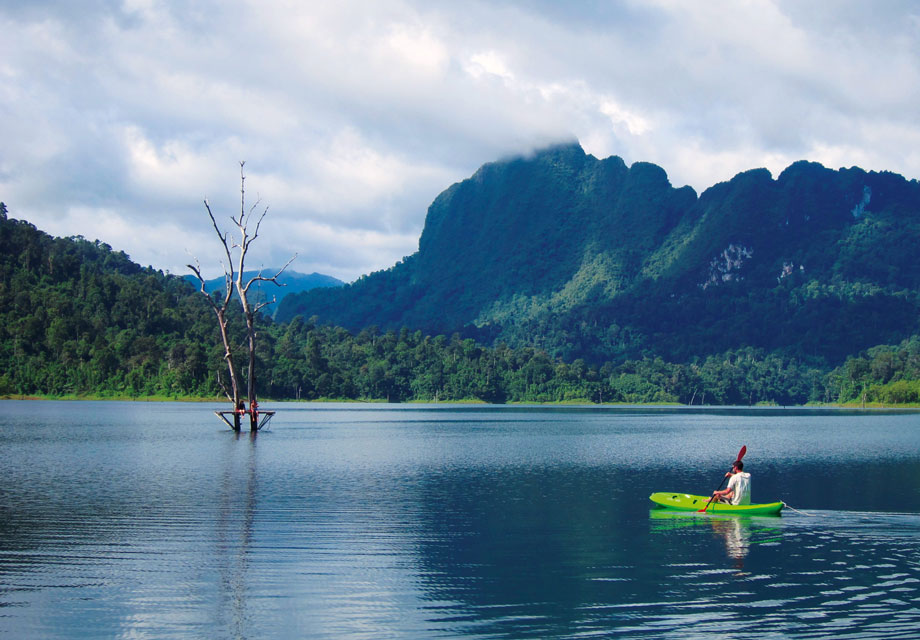 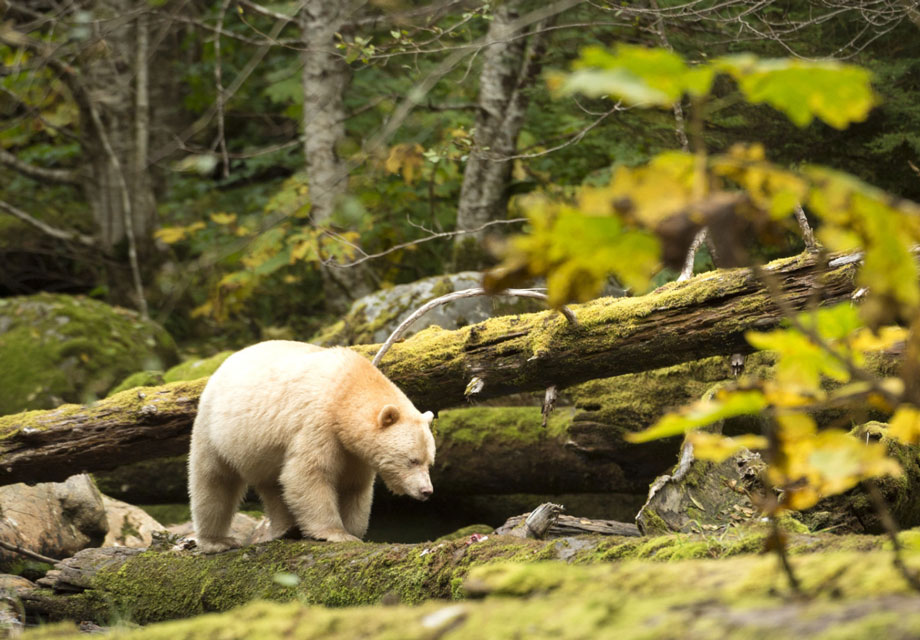 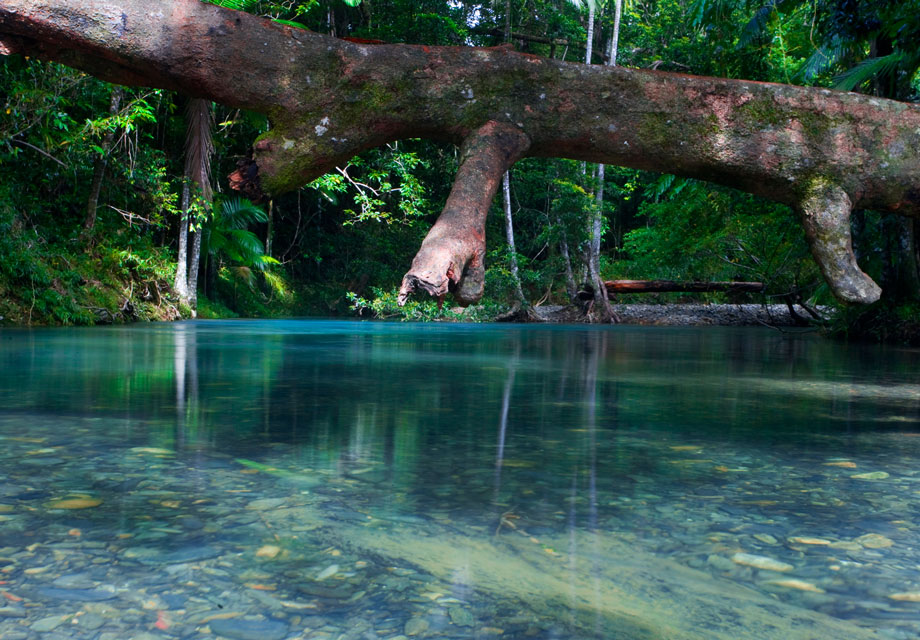 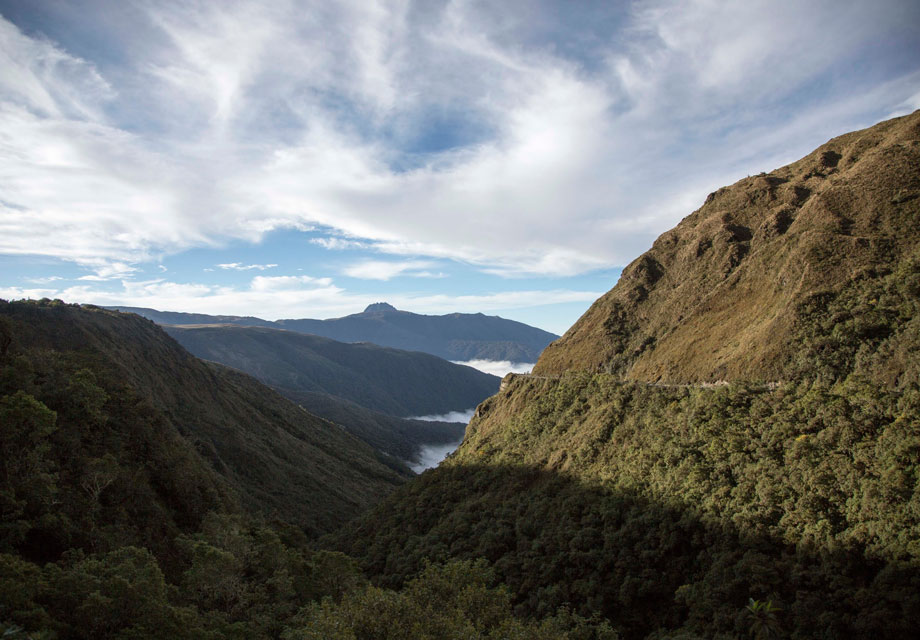 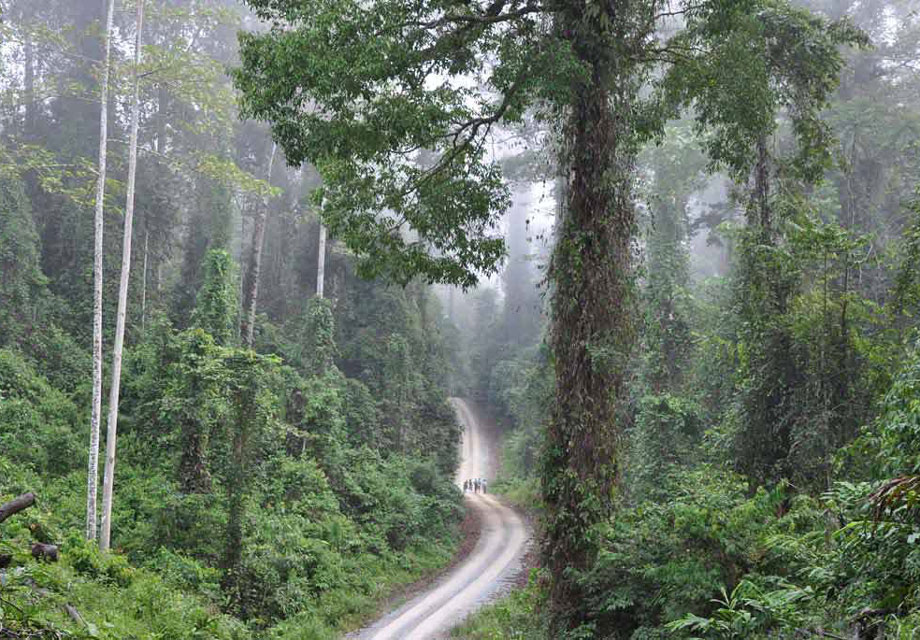 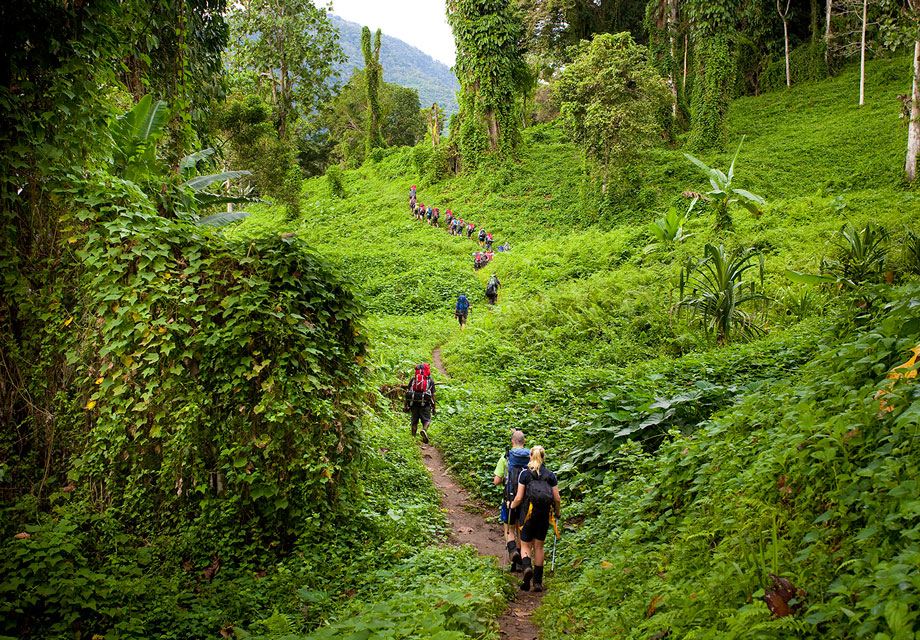 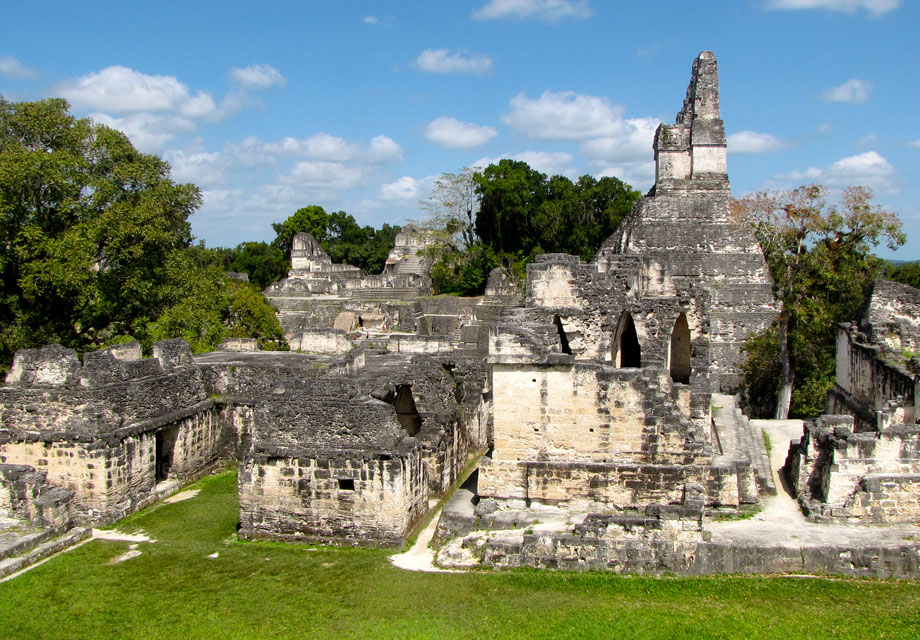 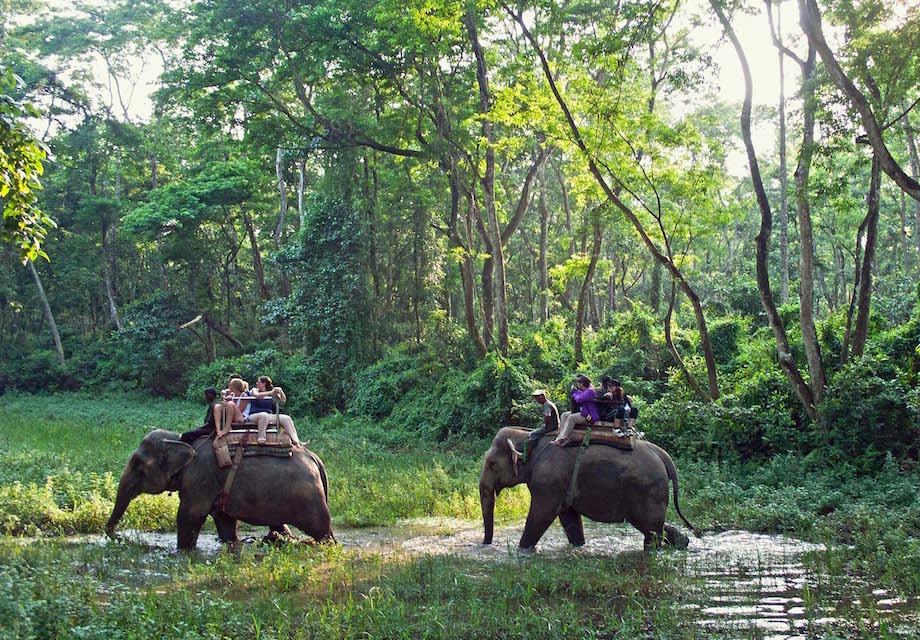 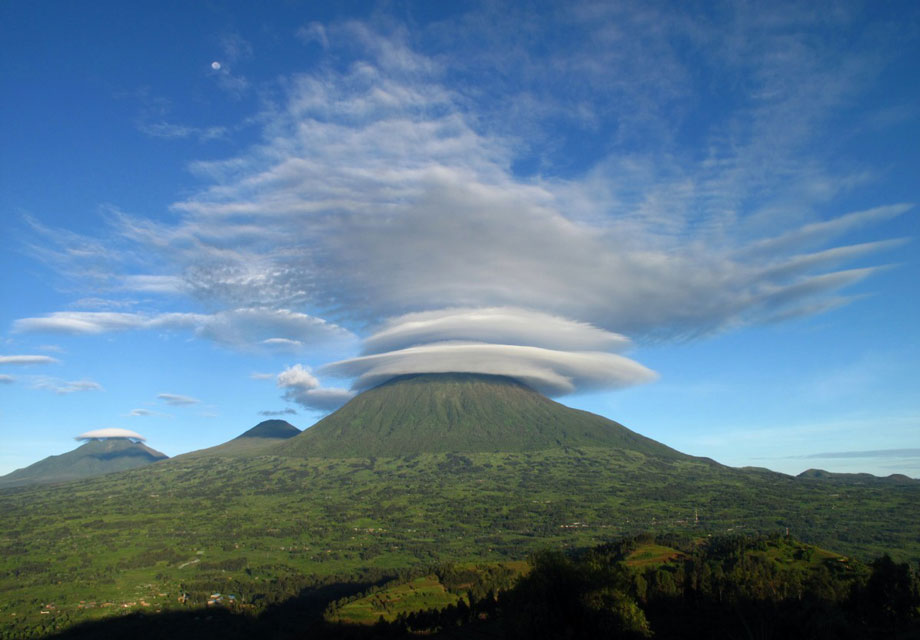