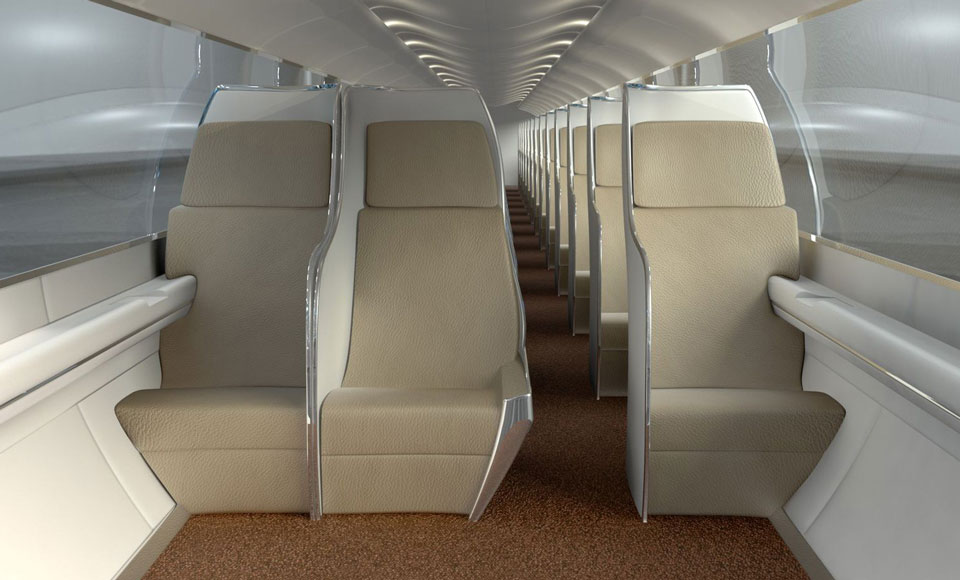 For the uninitiated techie, Hyperloop is the name of a new high speed transportation system dreamt up by the man behind PayPal, SpaceX and Tesla.

Elon Musk is his name and his latest venture is a levitating train inside a vacum tube that can travel up to 1,200km/h to get commuters across long distances in short amounts of time. Think San Francisco to Los Angeles in as little as thirty minutes.

Knowing those few little details, Hyperloop Transportation Technologies have today showed off concept images of their interior which includes leather seating, faux augmented reality windows (real windows would be pointless since the whole trip is inside a loop) and what appears to be an aisle made just for skinny people. Of course being just concept designs, the sterile looking cabin is bound to change as further research progresses.

What is cool however is the latest announcement that sees Hyperloop using a new material called Vibranium on the outside and inside layers of its carriages. If Vibranium sounds familiar, it’s because it’s the rare (and made up) super metal used to make Captain America‘s shield.

The Hyperloop version however isn’t metal and is actually a new carbon fibre composite made by Slovakian materials company c2i. The Vibranium will be embedded throughout the shell on the inside and outside whilst feeding information back to a command centre to evaluate data such as the carriage’s stability, temperature and integrity – very important factors when travelling at such speeds with people’s lives at stake.

If a pod is damaged, the command centre will know and the train will be removed from service for repair. According to c2i, their Vibranium is ten times stronger than steel and weighs five times less than alluminium. 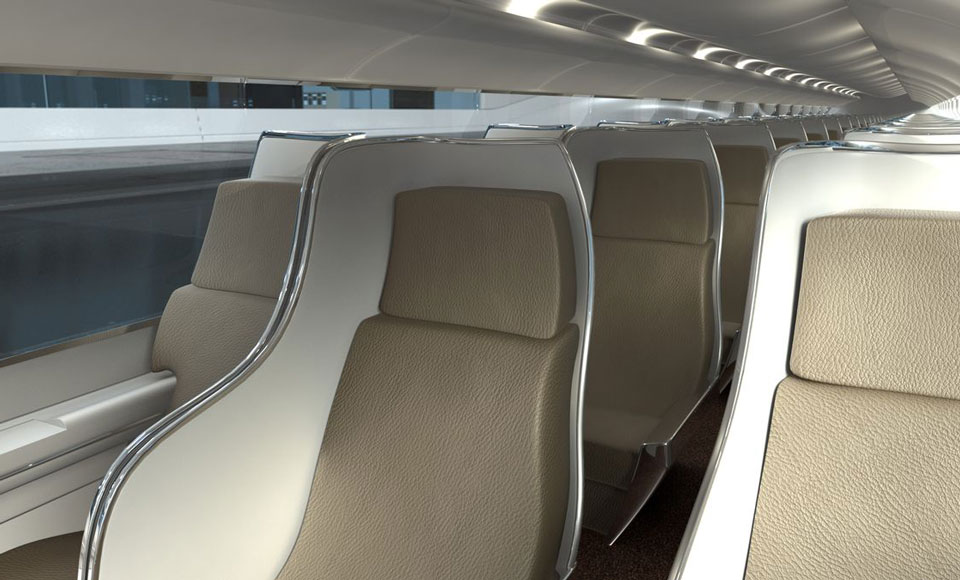 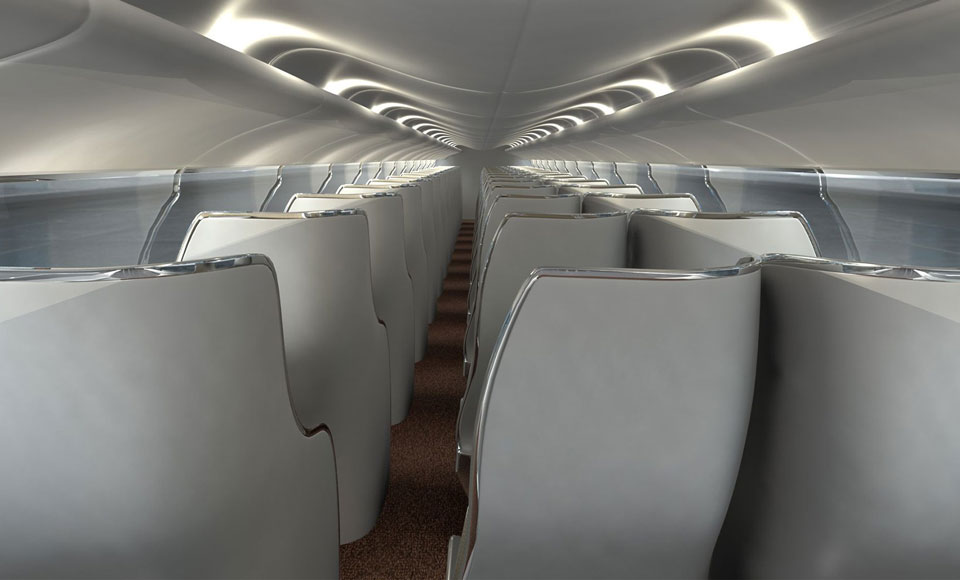