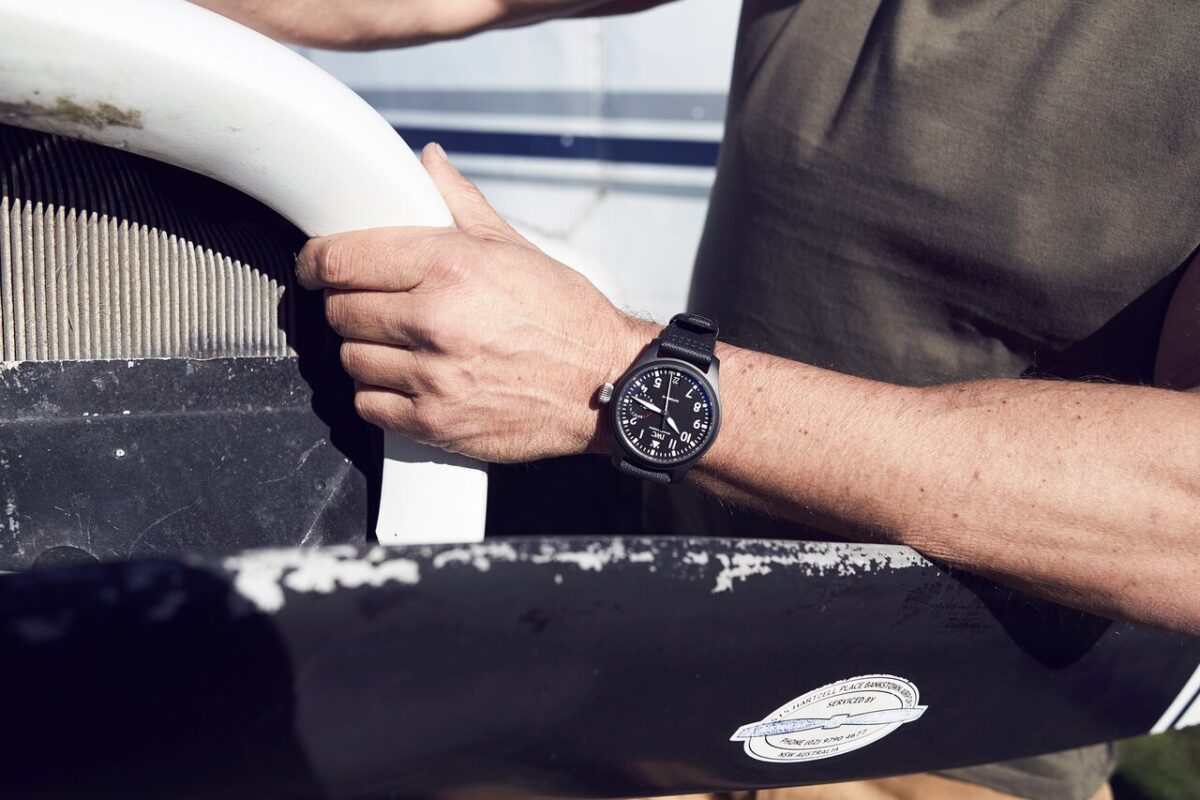 The following article has been sponsored by IWC Schaffhausen

Striking a fine balance between classicism and modernity, the Pilot’s Collection from IWC is a showcase of some of the most iconic watches in the world. The collection is based off the Beobachtungsuhr (B-Uhr) or observation watch as used by pilots for navigational purposes.

These watches had to be painstakingly precise and utilised some of the most accurate movements that could be produced at the time to get the job done. This meant pocket watch movements underneath their robust metal exterior. With function dictating form, the watches were large and featured a central seconds hand that could be hacked (stopped) for precise time setting. These watches have today become synonymous with the world of aviation and what was then built for a purpose has now become an icon of style and refinement.

IWC has two variants of the iconic Big Pilot watch: the Big Pilot Top Gun and the Big Pilot Original. One draws inspiration from modern elite fighter pilots whilst the other pays tribute to the original classic from 1940.

Inside The Top Gun

The Big Pilot Top Gun is powered by IWC’s 51111 automatic movement which affords it a date window at the 6 o’clock mark and a power reserve display at the 3 o’clock mark. Power reserve meanwhile is set at 7 days – an impressive feat befitting of a watch of its style, class and purpose. Central hacking seconds also ensures that the watch can be easily adjusted by the wearer.

The IWC Big Pilot Top Gun is absolutely sinister in its appearance, with a 46mm black ceramic case and a distinctively shaped crown set in titanium. Turning it over, we see the titanium case back engraved with the United States Navy Fighter Weapons School emblem, a tribute to the Strike Fighter Tactics Instructors who imparted their combat knowledge to the daring pilots who would one day become “Top Gun” graduates. The front face is covered with a sapphire glass to ensure strength in pressure resistance as well as anti-reflective coating on both sides so that pilots can see the time in any light condition within the cockpit.

The strap meanwhile is a black calfskin item with a heavily knurled finish which pairs rather nicely to the the black ceramic case.

Inside The Big Pilot Original

Made as a tribute to the pilots of yesteryear, the Big Pilot Original’s design features a return of the historic triangle and ‘9’ marker to the watch face. Beneath that face ticks the self-winding IWC 51111 automatic movement as found in the Big Pilot Top Gun. It’s the largest IWC-manufactured calibre which builds up the power reserve to an astounding seven days. This power reserve is proudly displayed on a power reserve window at the 3 o’clock. whilst a date window sits at the 6 o’clock marker. A soft iron inner case also ensures its resistance to disruptive magnetic fields.

The IWC Big Pilot’s Watch is a more classically designed timepiece that is true to the IWC heritage. It uses more conventional materials like a 46mm stainless steel case and black Santoni calfskin leather with rivets to recreate the original Pilot’s look. A striking black dial ensures that this is a standout statement piece amongst the rest of the Pilot’s collection. The timepiece is water resistant up to 6 bar and carries a distinguishable engraving of the the JU-52 aircraft.

Both feel quite similar on the wrist given their 46mm case diameters and similarity in shape, but in no way does this mean that the watches are the same. The Big Pilot Top Gun will appeal to those seeking a thoroughly modern watch even though the design is rooted in history. The materials used for this watch alone will bring it firmly into the present territory. Pair this high-tech and bold looking watch with a white tee and sneakers and you have the ultimate streetwear watch.

On the other hand, the Big Pilot’s Original is a watch that looks sensational when dressed up with a suit or tuxedo. A tweed coat, denim, or a green Barbour jacket would be fitting of its black riveted Santoni strap as well as the black dial which gives that little touch of class your outfit deserves.

The Big Pilot’s watch collection from IWC is undoubtedly a staple of modern watchmaking, originally created for a prime purpose in aviation and today re-imagined for the modern gentleman. 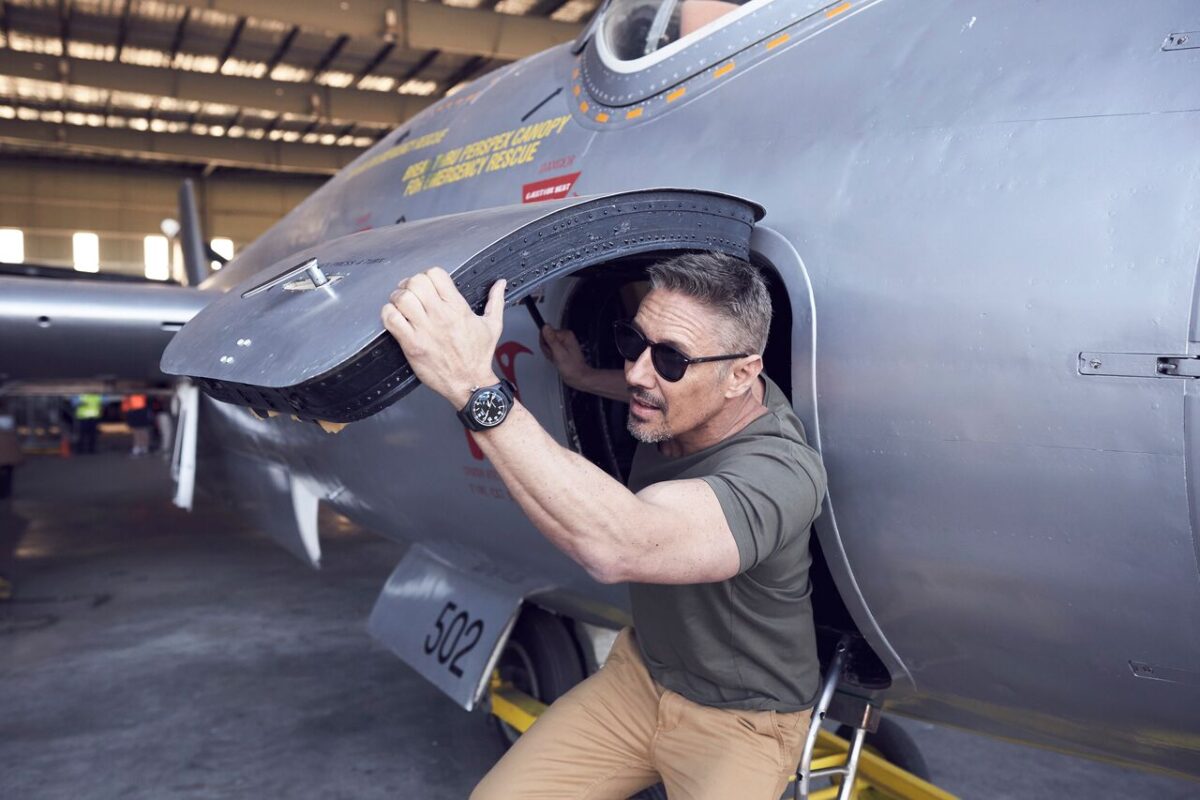 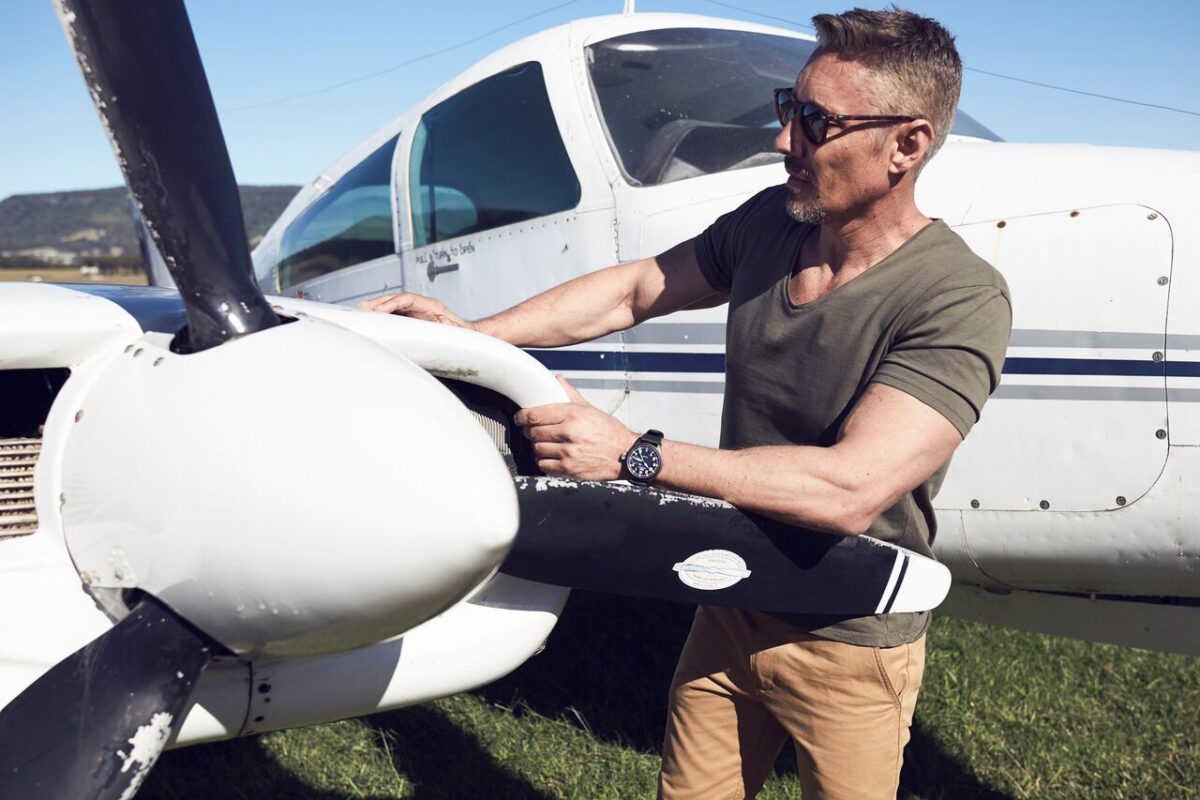 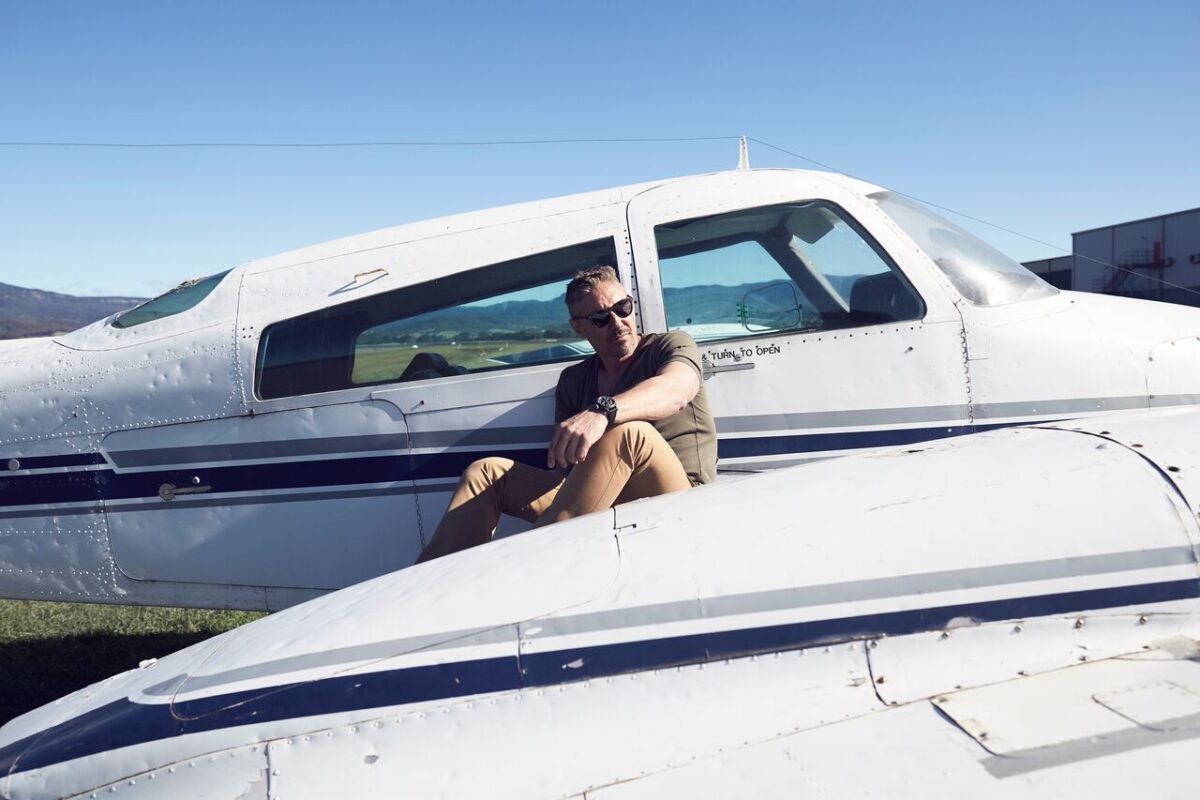 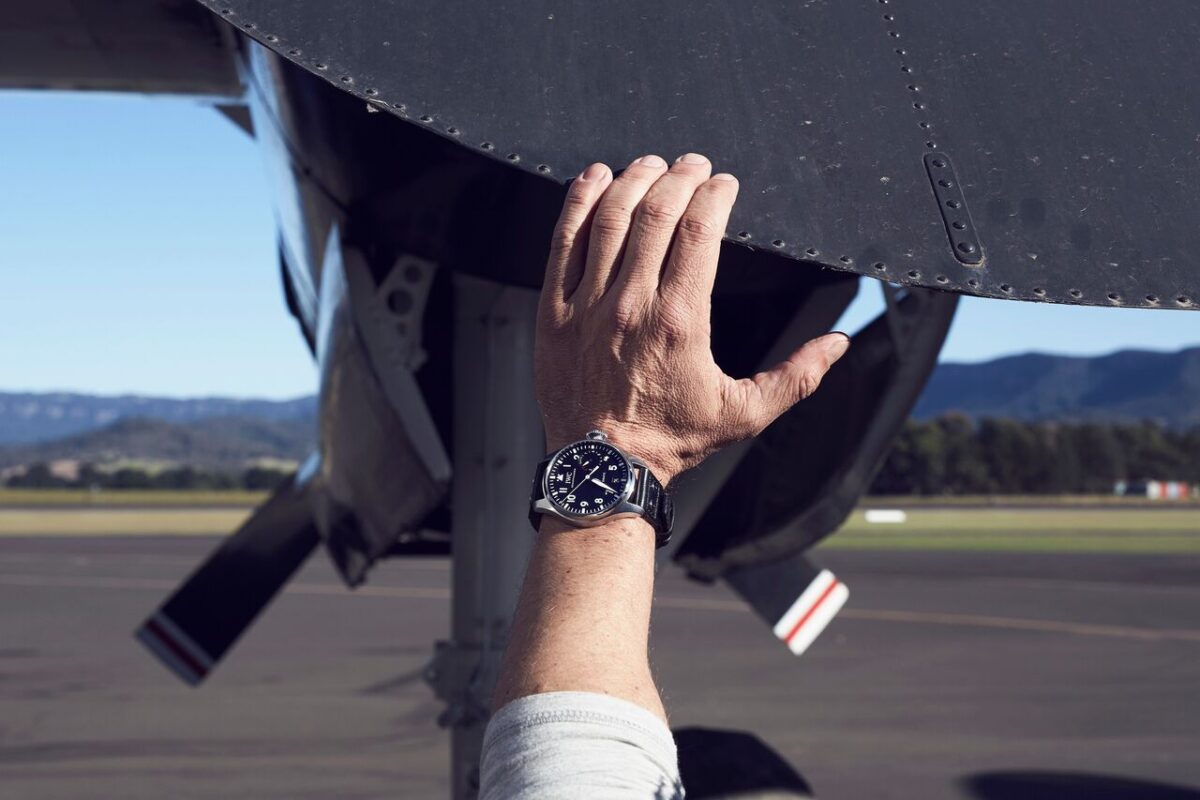 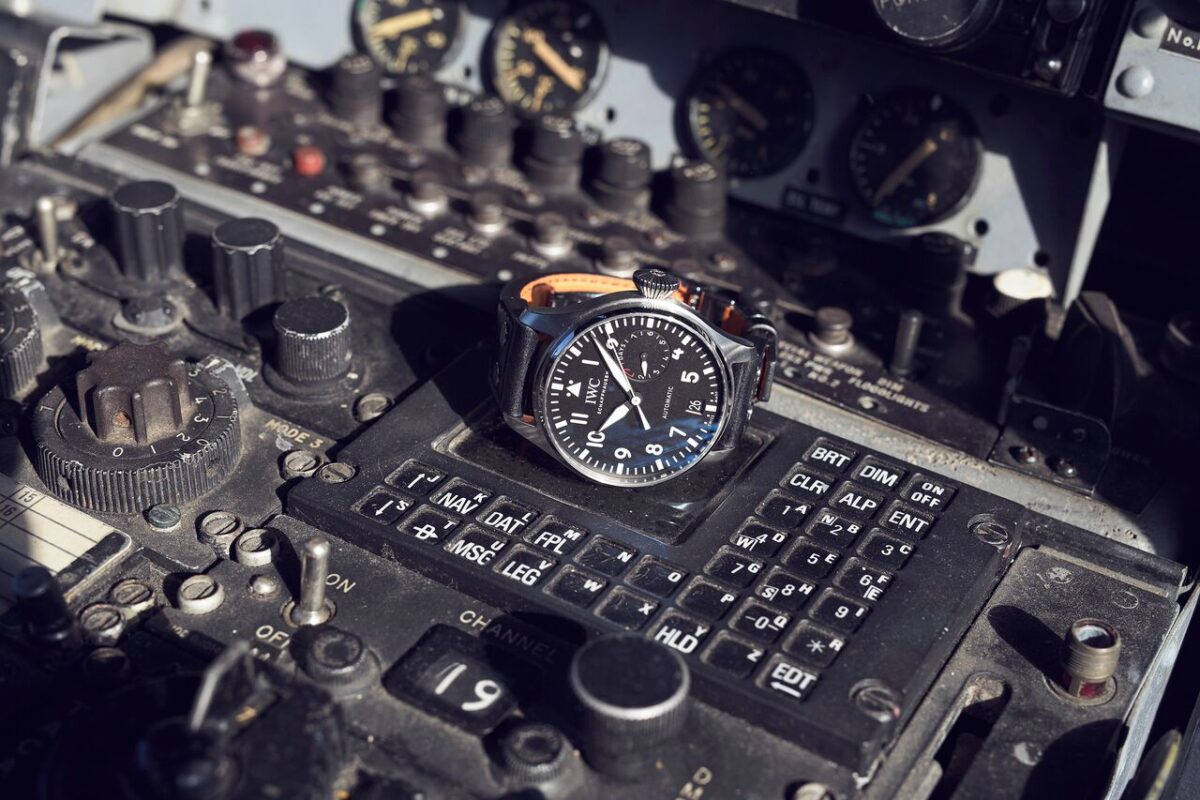 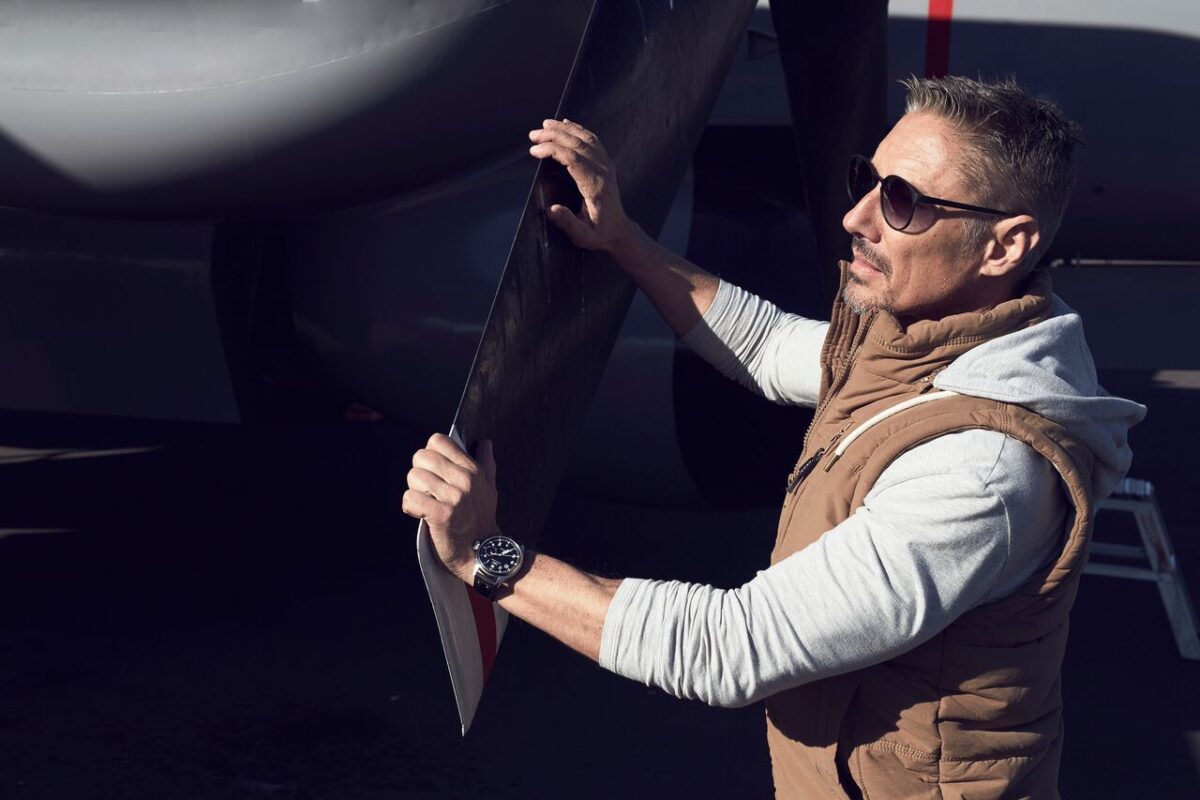 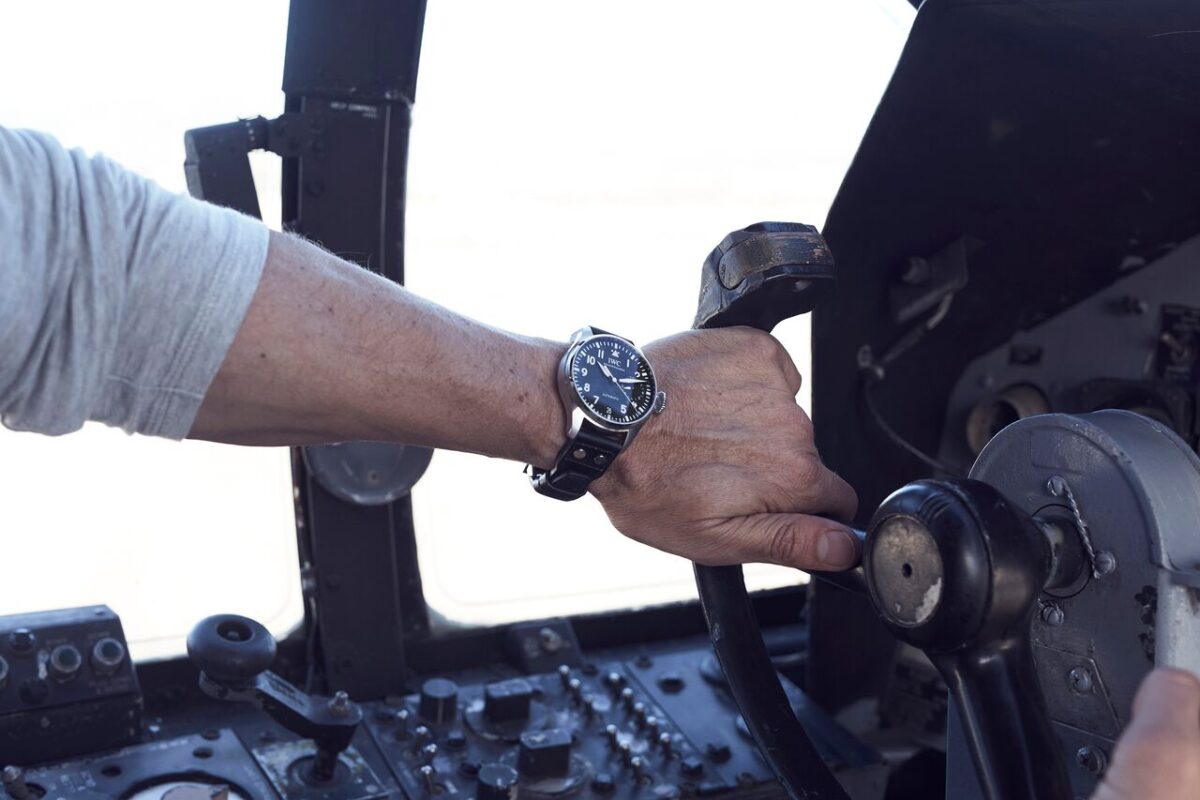 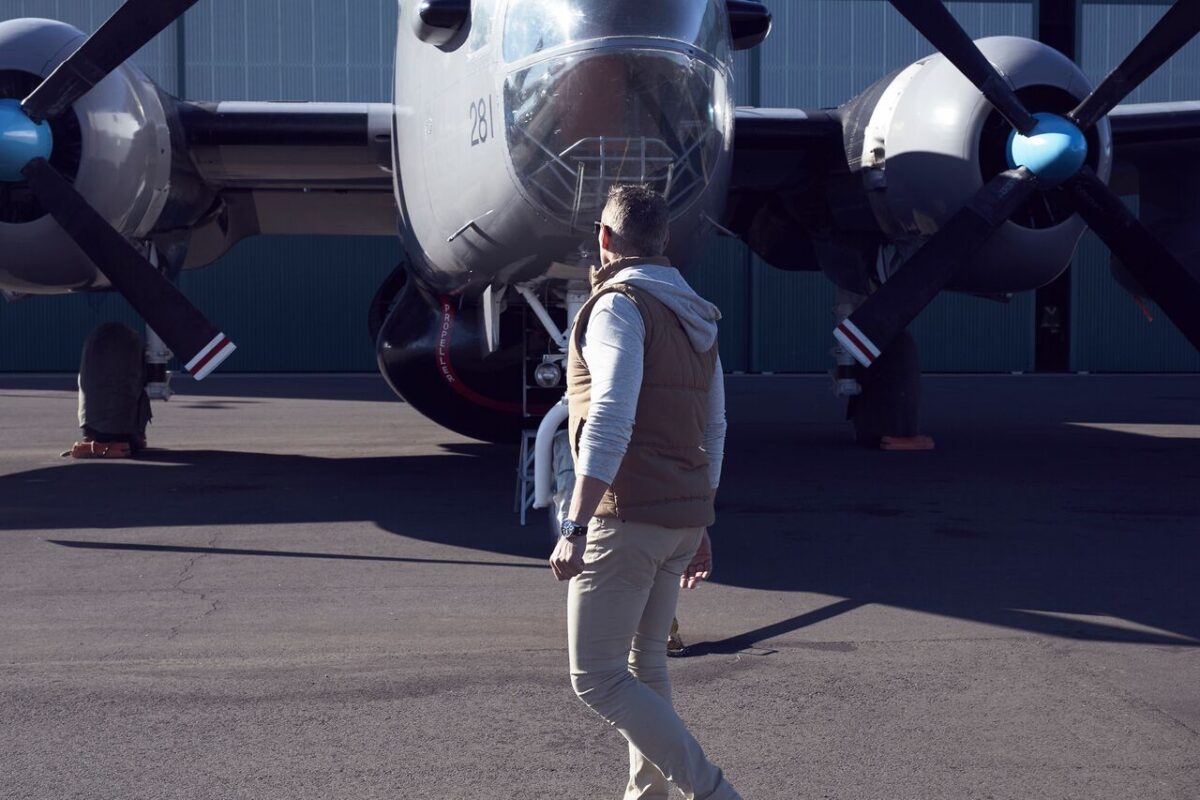 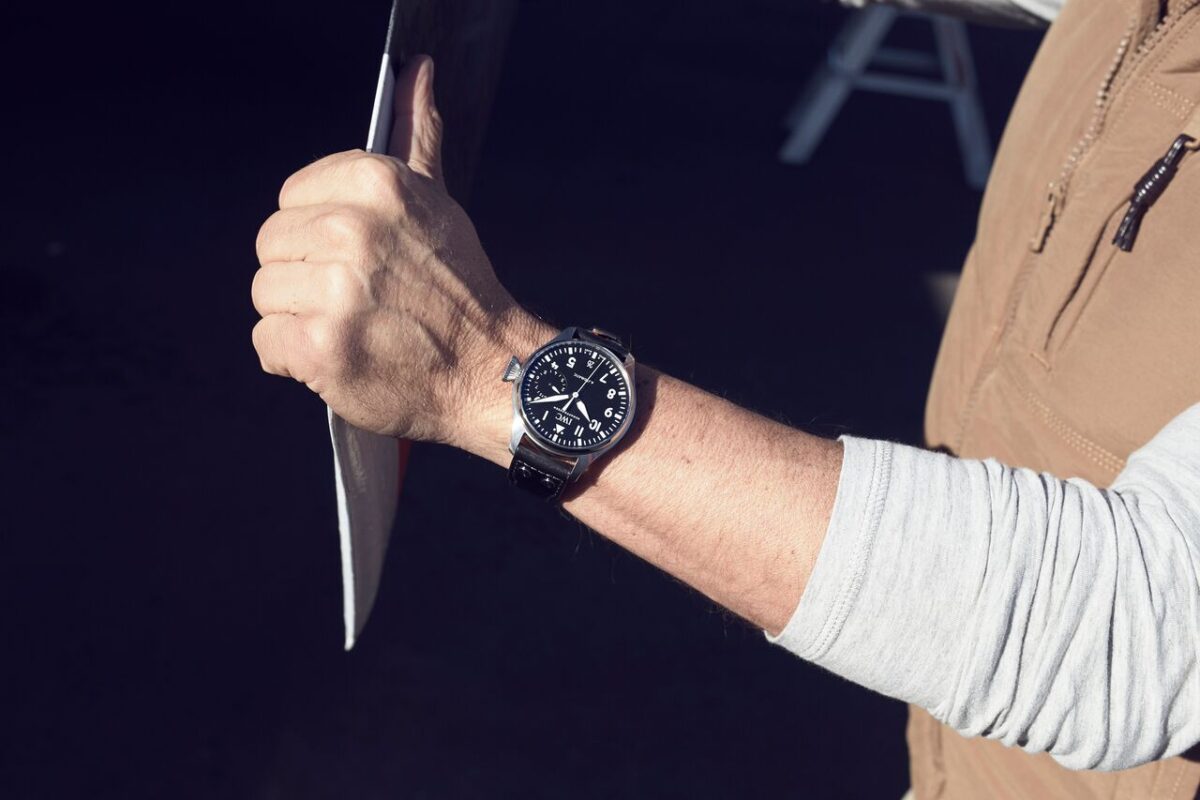