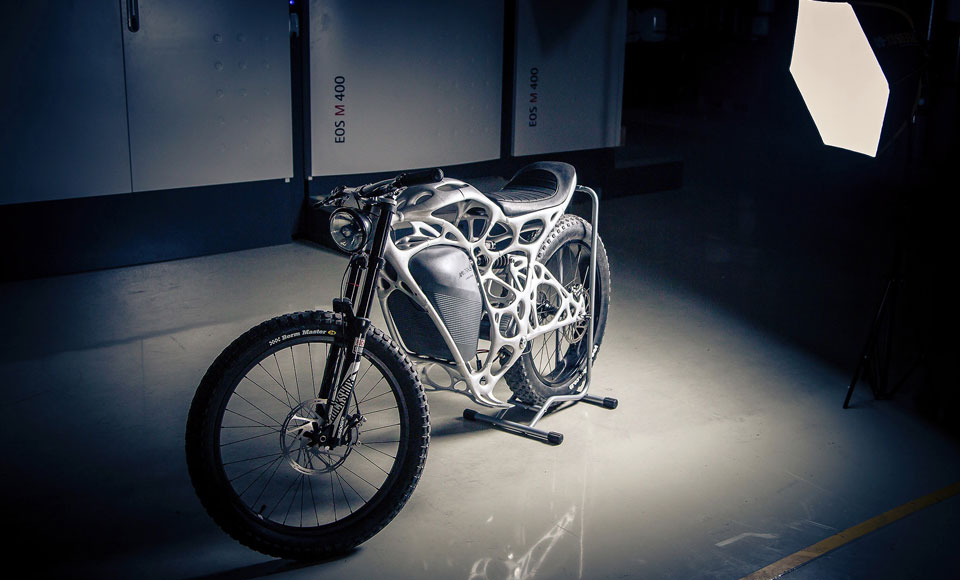 3D printing is beginning to take hold of some of man’s most beloved toys and today that reach finally extends to the humble motorcycle.

APWorks is the metal research company founded by the Airbus Group in 2013 to help devise innovative machinery, automotive and robotic components. Their most recent design project is a 3D printed electric motorcycle called Light Rider – a world first. The bike utilises a crazy new metal called Schalmalloy which possesses the strength of titanium as well as being resistant to corrosion. Wolverine fans, we hope you’re paying attention.

The bike itself weighs in at a waif 35kg which makes it 30% lighter than most electric motorcycles on the market. On the performance front, its 80km/h top speed is helped by the weight as is the three-second 0-45km/h sprint.

A full charge affords the bike a 60km range whilst the price is understandable steep for a R&D project. 50 examples have been built and are ready for pre-order at US$56,100 a piece. Get your 3D printed motorcycle right here. 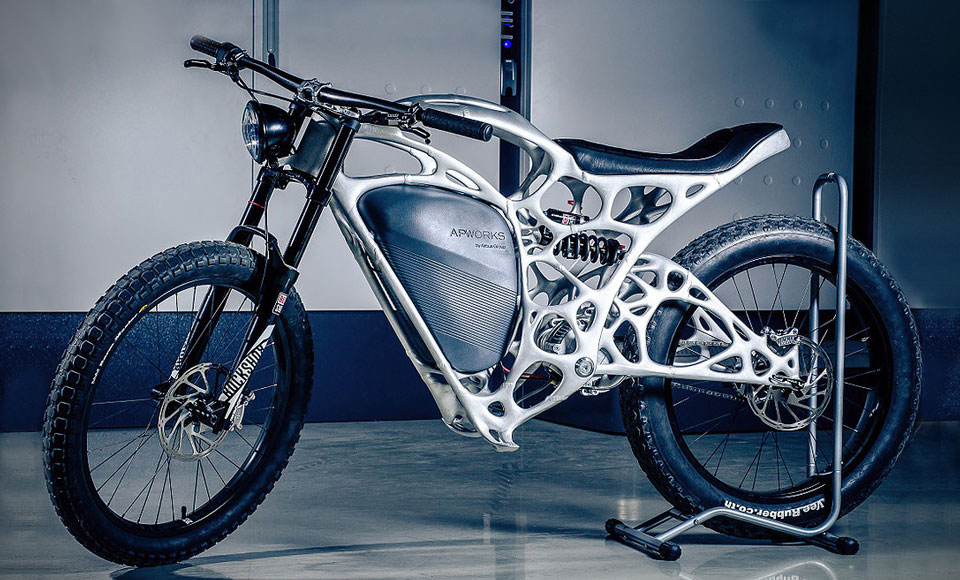