The 3 New Planets Most Likely Inhabited By Aliens 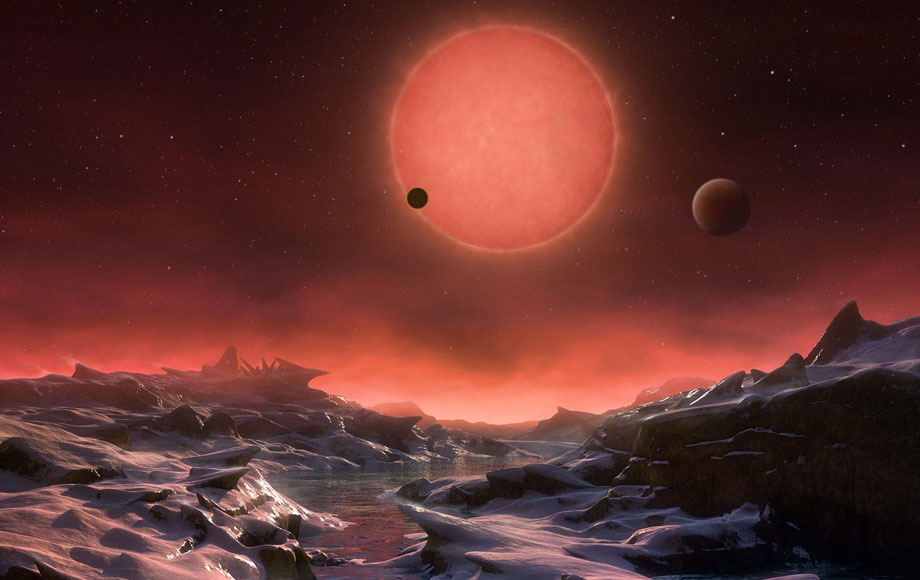 There’s still so much we don’t know about our universe. Why are black holes so terrifying? Can we live on Mars? And most importantly, are we alone in the universe? Well, according to a new study published in Nature, we might not be after all.

A star about 40 lightyears from Earth, known as TRAPPIST-1 or an ‘ultracool dwarf’ for it’s low temperatures, is orbited by 3 planets that may be the most temperate and Earth-like ones ever discovered outside of our own solar system.

The research, conducted by investigators from the Massachusetts Institute of Technology, the University of Liège in Belgium and elsewhere involved extensive observations of stars with a 60-centimetre telescope to find exoplanets. When located, TRAPPIST-1 indicated the existence of at least 3 planets, all of them about the diameter of Earth and all of them orbiting at a distance where water (the ingredient for life) could exist in liquid form.

There a couple of hitches though. Two of the three planets complete a single orbit once every 1.5 and 2.4 days, respectively, which is much faster than Earth’s 365-day orbit. This makes the planets closer to TRAPPIST-1 than we are to the sun. While we would flame up being that close to the sun, these planets are comfortably close as TRAPPIST-1 isn’t as hot.

Before we all get excited about new space adventures, or perhaps the existence of aliens, spacecrafts won’t be visiting TRAPPIST-1 any time soon. Even though the planet is only 40 light years from Earth, it’s still far beyond the reach of our probes.

The discovery of TRAPPIST-1, however, means that telescopes around the world can study other planets in great detail and look for biosignatures of methane, oxygen, CO2 and more, and see if they could one day bear human life.

RELATED: 39 Amazing Photos Of Earth From The International Space Station