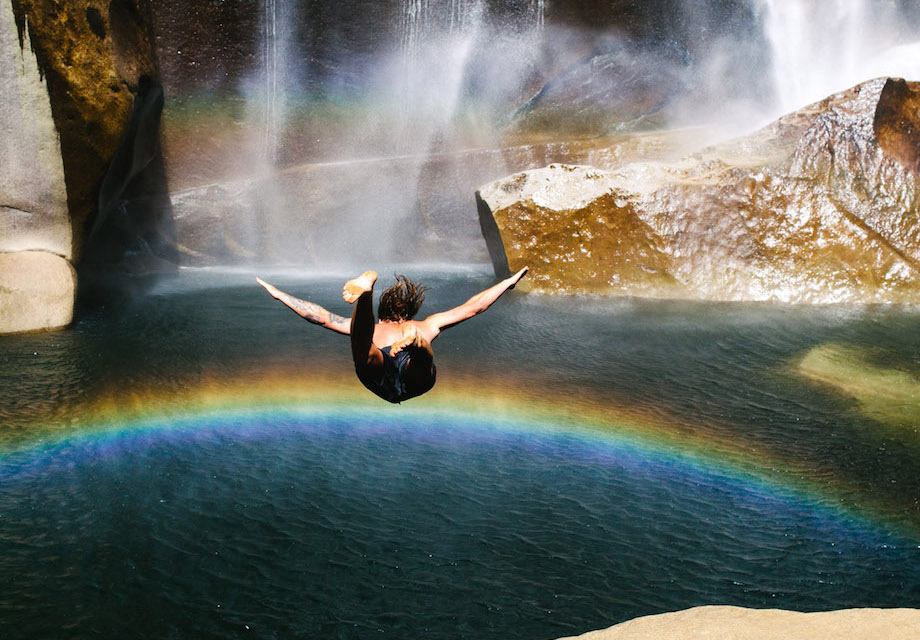 The Adventure Handbook offers storytelling and photography for people who prefer to take the road less travelled. Awe-inspiring photos go hand-in-hand with accounts of the experiences behind them, allowing you to travel the world without leaving home.

In March, The Adventure Handbook launched its first-ever photography competition. Photographers from anywhere in the world were invited to enter by uploading their favourite travel shots along with 50-100 word captions about them. The finalists will be exhibited – and the winner announced – at a show on Friday May 20 at Sydney’s Goodspace Gallery.

Of the 92 shortlisted entries, here are a handful of the highlights, as chosen by The Creators Project. The images span the globe from the lava fields of Iceland, to a starry night in Bali, to a small island off Mozambique’s northern coast. Your daily dose of travel inspiration awaits. 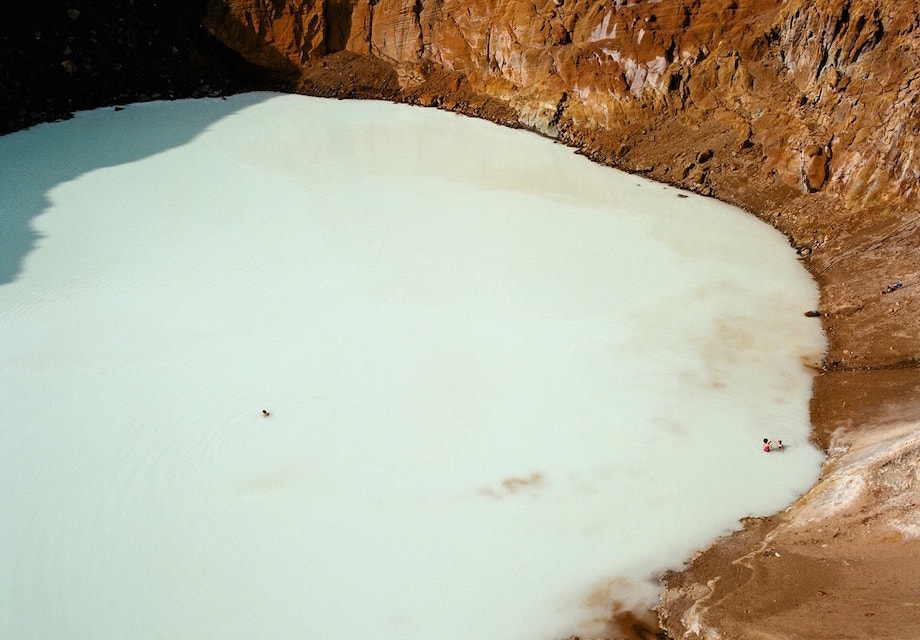 1 of 8
"I had been driving through lava fields for four hours, crossed a river with a submerged vehicle in it all while having no phone reception. I was wondering why I even decided to travel solo around Iceland in a camper van and why there were no other cars on this path when in the distance a tiny base camp came into view. I parked the camper and followed a small wooden sign pointing to ”Askja” in the distance. It was a long walk through a smooth lava field with snow. I knew that once I got over this field, I was going to see something special"—Erin Hoffstetter 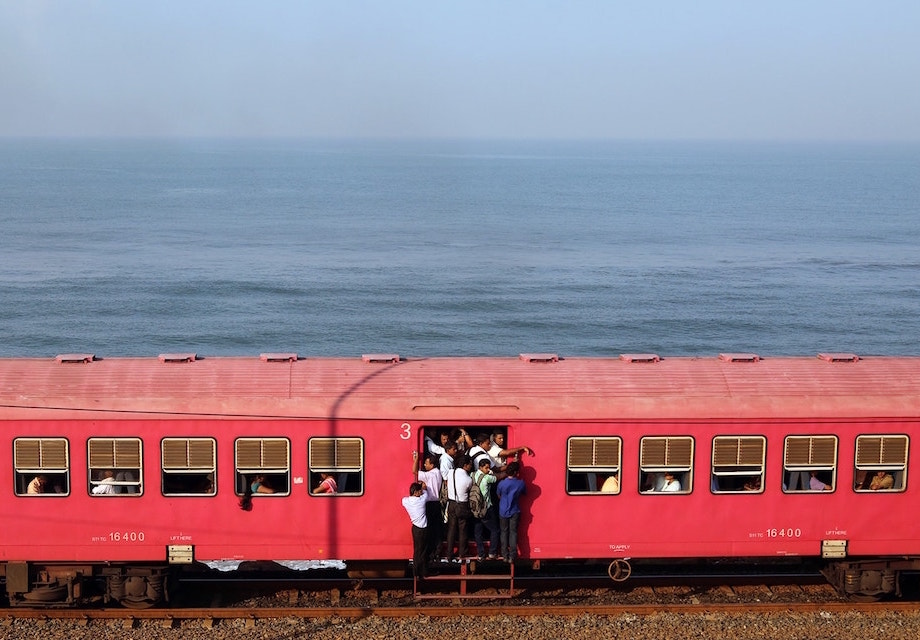 2 of 8
"I took this photo from my hotel window in Columbo, Sri Lanka. I will never forget how casually men in business suits, holding brief cases were hanging out of the open doors and onto the side of the packed trains as they sped towards Colombo main station in the early morning rush hour"—Jacob Wallwork 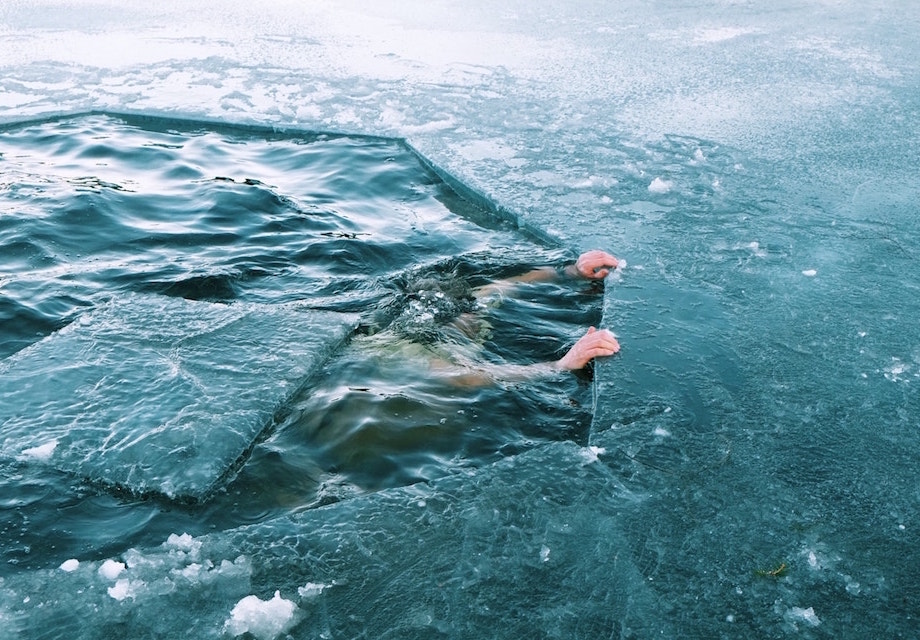 3 of 8
"My friend Lex and I are both journalists, and we once traveled to Norway to find Trygve, a guy we were making a story about. We found him on the shortest day of the year, when he was swimming in a frozen ice lake. We extensively interviewed the bearded Norseman about his frozen, dead grandpa - Trygve believes that if you keep a corpse cold enough, it will at some point in time be possible to resuscitate it. He also thinks that ice baths are healthy for anyone who is still alive - that’s why he went for a swim in the middle of the harsh winter"—Joost Bastmeije 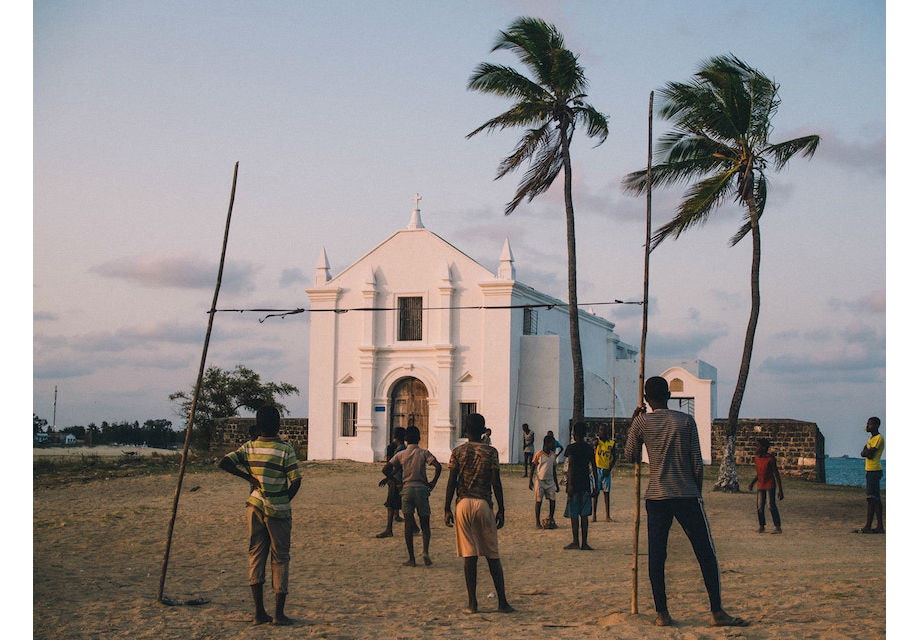 4 of 8
"My greatest feat of travel has been an overland journey of more than 2000km; a gruelling 40+ hours in trucks, buses, chappa mini vans and on the back of motorbikes to reach the small island of Ilha de Mocambique on Mozambique’s northern coast. The small crescent shaped island is connected to the mainland by a 3km bridge, and is a melting pot of cultures; stemming from early Portuguese colonialists in the 15th Century, acting as a trading port for Persia and Arabia, having strong immigration ties to Macau and India, as well as integrated local Makua tribe cultruee. The island is a place where on cobbled street corners, you will find Islamic mosques and madrasas, Hindu temples, Catholic churches, and a beautifully diverse way of life"—Jon Collins 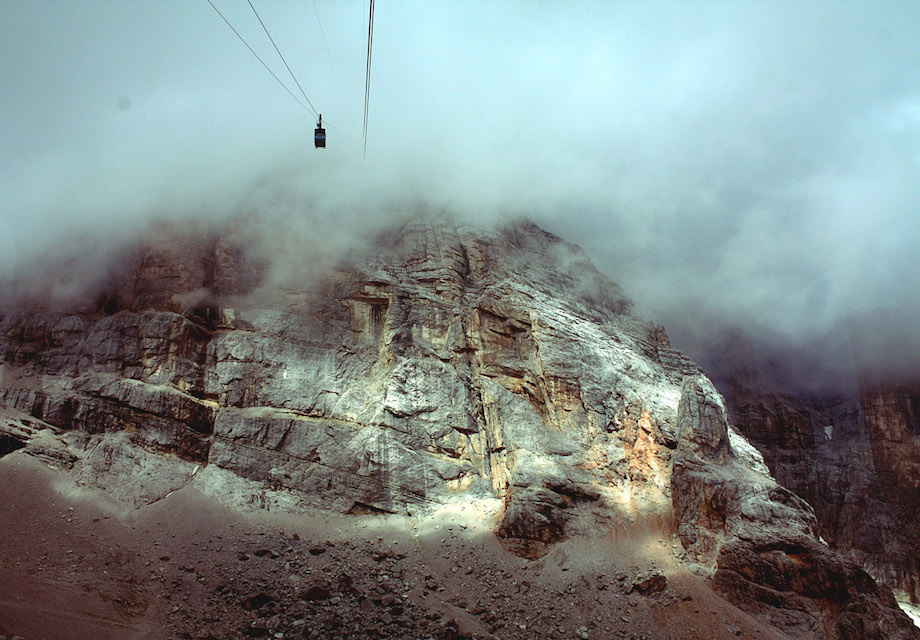 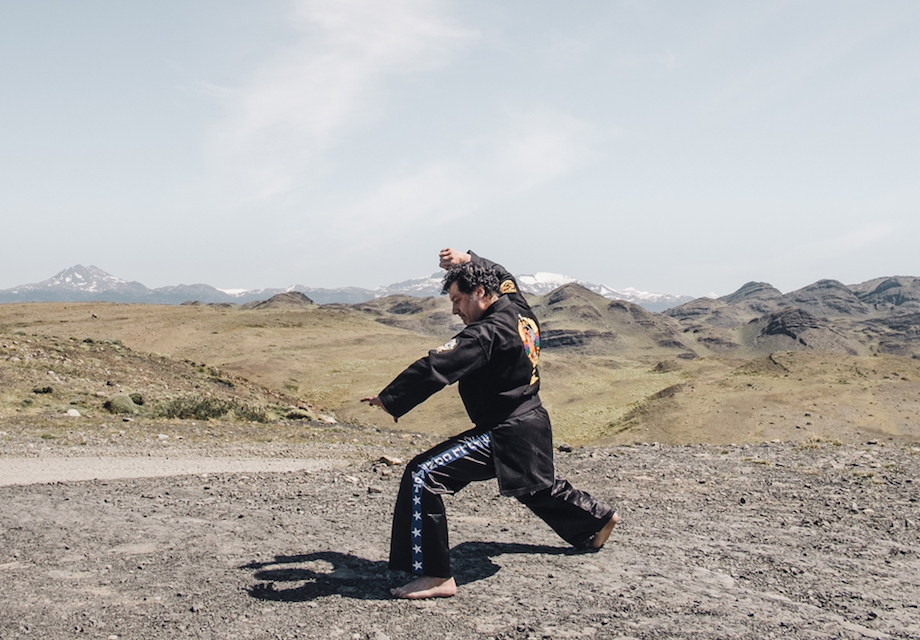 6 of 8
"Torres Del Paine waits at the edge of the Earth. To get there involves driving thousands of kilometres, crossing multiple borders multiple times and occasionally spending 14 hours on the road without seeing another soul. The National Park is two hours from the closest town and its scenic vistas are only accessible by hiking for days on end. I was there, soaking in the incredibleness of it all, when this guy rolls up, kitted out and ready to strike. He posed in multiple profile-pic-worthy positions for his partner with a smartphone, before the duo disappeared with the swiftness of a roundhouse kick"—Chris Hillary 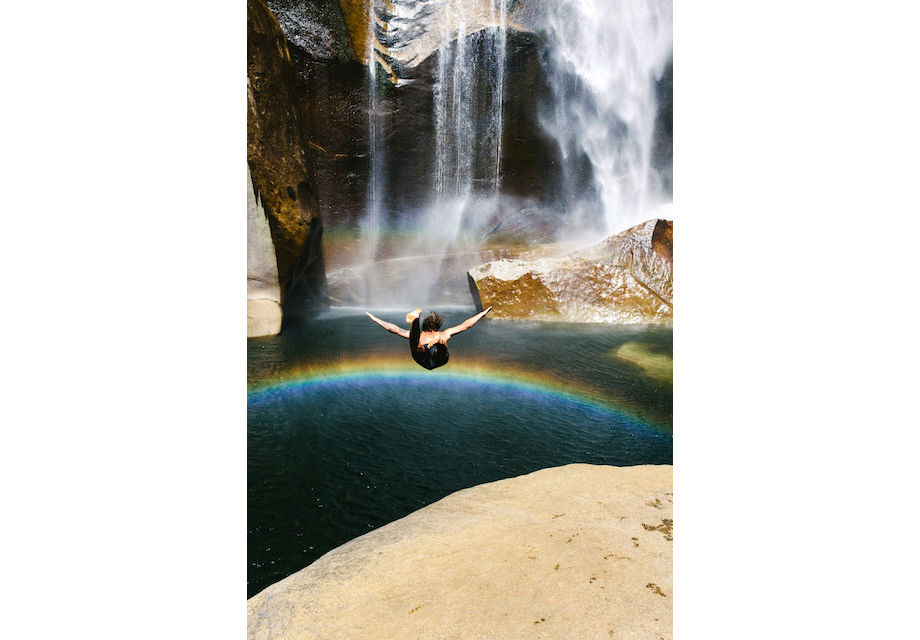 7 of 8
"What’s life without a little bit of risk? You’ve got to give up something to gain a little more. Yosemite isn’t really the place to be going too far with risk. Throw in a dash of stupidity, and with enough luck, everything lines up better than you’d imagine"—Chip Mooney 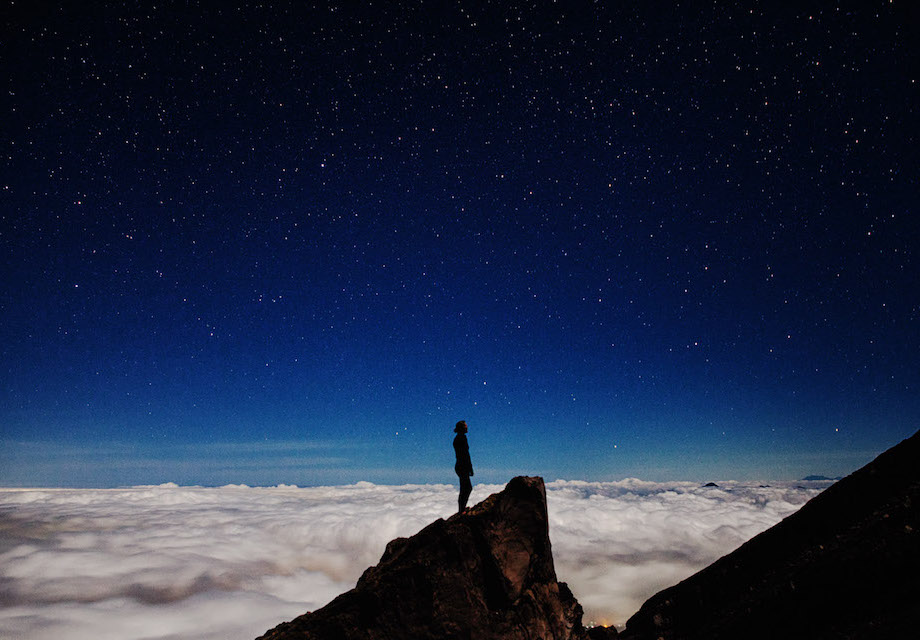 8 of 8
"From the neighbor island Lombok we had seen the sunset over Bali and Mount Agung. We took the ferry to Bali to hike the volcano the next day. We reached the top before anyone else and could enjoy a starry sky at the top of the world alone"—Amund Erdal
FOLLOW DMARGE ON FACEBOOK, INSTAGRAM OR LINKEDIN FOR MORE NEWS & FEATURES