In the watch world black timepieces evoke a sense of mystery and an air of utilitarianism found in tool watches.

Originally used by military forces in an effort to reduce the amount of light reflected by a soldier during night ops, today these style of watches sit right at home with a gentleman’s casual wear or the sophisticated smart casual look.

Be afraid of the dark no more. We’re taking you through ten of the finest black watches you can score today.

Blancpain is no stranger to creating diver’s watches for the military, having first released the Fifty Fathoms watch in 1953 for the Combat Swimmers division of the French Navy. In 2014 the Fifty Fathoms Bathyscaphe Chronographe Flyback was resurrected as a modern interpretation of the Bathyscaphe watch from the 1960s – a diver’s piece originally intended for the civilian market. The watch is executed in black ceramic with a Liquidmetal-filled ceramic bezel.

The Bathyscaphe Chronographe Flyback is available on a sailcloth strap, or our favourite, the NATO strap featuring black ceramic keepers. Beneath the dark-as-night case beats the Blancpain F385, a fantastic movement to say the least. A high-beat 5Hz flyback column-wheel chronograph featuring a silicon balance spring and 50 hours of power reserve makes this watch every bit of a star on the outside as it is internally. On the wrist the watch is positively sinister, looking like something one would strap onto the wrist before jumping out of a plane.

One of the stars of Baselworld 2016 was the latest Hublot Big Bang MECA-10 All Black. It generated a flurry of excitement for the brand through its sleek black exterior but also the new movement inside. Encased in black ceramic, the watch’s main party piece is the new HUB1201 manufacture movement featuring a 10-day power reserve. Given it’s a technical looking movement, the architecture is highly reminiscent of Meccano components which showcase not one but two power reserve indicators. One is positioned at the 6 o’clock mark which shows remaining power in days whilst the other is at 3 o’clock to indicate the last two days of power with a red spot.

Like all Hublot watches, this Big Bang exudes a powerful presence on the wrist with angular lines and a distinctive rubber strap. These straps can also be easily changed at the push of a button with Hublot’s “One Click” system. The Hublot Big Bang MECA-10 All Black is limited to 500 pieces worldwide.

The watch honours both of these pursuits with a stainless steel case coated in diamond-like carbon. Like all classic cars which rely on fine details to evoke character, the Speed Black features a touch of “Rossa Corsa” red with a coloured gasket sitting underneath the sapphire crystal. To tie it all together, the strap echoes the tyre tread of a 1960s Dunlop racing tyre. With all this alongside its vintage cues, the Chopard Mille Miglia GTS Automatic Speed Black is a touch of class on the wrist. If you’re after a versatile black timepiece can pull off sporty casual and classy sartorial looks with ease, this is one to keep in mind.

An embodiment of a vintage tool watch, the Tudor Black Bay Dark brings back the look of the original Tudor dive watch, also known as reference 7922, with a black PVD treated steel case. As another watch that made some serious noise at Baselworld 2016, the Black Bay Dark is a notable departure for the company which traditionally produced its divers watches in steel or titanium – think in the case of the Pelagos. Bringing together the familiar Black Bay look and a darkened case, the Black Bay Dark is available on a black PVD steel bracelet or a black aged leather strap. The Black Bay Dark houses the MT5602 manufacture movement with a 70 hour power reserve and silicon balance spring.

The Panerai PAM 438 is the brand’s signature Luminor case made in black ceramic and featuring a black ceramic bracelet. This is where the watch earns the name “Tuttonero” – Italian for “All Black”. The watch is sensational in its appearance and high-tech in its looks and feel. Even the P.9001/B manufacture movement employed has undergone a blackening process, turning virtually all of the watch black inside and out.

The PAM 438 is not only about attractive looks though. It also features a second time zone, a zero reset seconds for accurate time setting, 3 days power reserve, and a power reserve indicator on the back for a cleaner dial. It’s also surprisingly light given the bracelet has been specially crafted for comfort with much research going into the watch to achieve a luxuriously soft feel on the wrist.

As we wrote in an earlier article, it’s tough to go past an icon like the Big Pilot’s Watch. Made for navigators in war-era planes, the big case size was a necessity not only for legibility but also because the most accurate movements of the time were originally housed in pocket watches. The IWC Big Pilot’s Watch Top Gun therefore incorporates the best of the old ways with the new – a familiar legible dial, and a black, scratch resistant ceramic case with a titanium crown and caseback.

This blackened version honours the pilots of the United States Navy Fighter Weapons School, the best of the best when it comes to fighter piloting. The materials chosen for this watch echo their pursuits for air combat supremacy. Housed inside the black ceramic case is the IWC 51111 movement, famous for its 7-day power reserve.

Originally released in 1976, the TAG Heuer Monza was amongst the first watches to feature a black coating on the case. Under the dial ticked one of the first automatic chronograph movements as well, the Calibre 12. For 2016 which marked its 40th anniversary, TAG Heuer re-released the Monza as one that faithfully pays tribute to the original with its two-register chronograph and black cushion case.

The watch has increased in size to 42mm and is done in titanium, making the watch feel light on the wrist. Beige SuperLuminova for the indexes ties the watch together with a vintage feel. One can’t help but imagine putting on the driving gloves and sitting at the wheel of a classic convertible with this throwback piece on.

One of the latest releases from the much-storied brand is the new Omega Seamaster Planet Ocean “Deep Black” which turns the iconic Planet Ocean model into a stealthy and functional tool for the everyday gentleman. A 60 bar water resistant black ceramic case is used in its construction and depending on the model, the case features contrasting finishes with polishing and brushing along the surfaces of the case.

On the blue and red models, the eye-catching colour on the ceramic and LiquidMetal bezel has been added by a world-first blend of rubber and ceramic that is positioned at the first 15 minutes of the dive scale. Underneath this highly legible black dial beats the Omega Master Chronometer calibre 8906 which passing the rigorous tests of 8 different criteria governing the Master Chronometer status.

The feared Blackbird name hails from the stealth warplane known as the Lockheed SR-71 Blackbird. It’s an imposing craft in the skies which reigned supreme during its flight time of 1964 to 1998 where it was faithfully retired. The Breitling Avenger Blackbird borrows from this very essence of the iconic warplane with its imposing 48mm case set in ultra-strong black titanium. Sporting a universally black hue, the watch accentuates power and sophistication at all the right angles whilst eliminating glare during the heat of the action.

Securing the watch to the wrist whilst undergoing massive G-forces is a strap made of robust military-spec fabric. Inside the watch is a self-winding Breitling 17 mechanical movement with a power reserve of 40 hours as well as a date function at the 3 o’clock marker set against the volcano black dial.

Taking the throne as one of the toughest watches on the planet, the MRG-G1000B-1A is also making itself known as the first watch to incorporate shock resistant construction and GPS Hybrid Wave Ceptor technology into a 49.8mm metal case. The result is a robust timepiece which provides the modern man with an accurate time anywhere in the world with the help of GPS. Sitting nicely on the solar panelled dial is a Dual Dial World Time function which allows for quick access to the current time across 40 different time zones.

An astounding array of features have been squeezed into this Casio hero piece’s strong analogue movement. Given the breadth of information provided by the watch, Casio have employed a Super Illuminator display to ensure legibility. Tough Solar technology also provides  a seven month rechargeable battery life for normal everyday use. 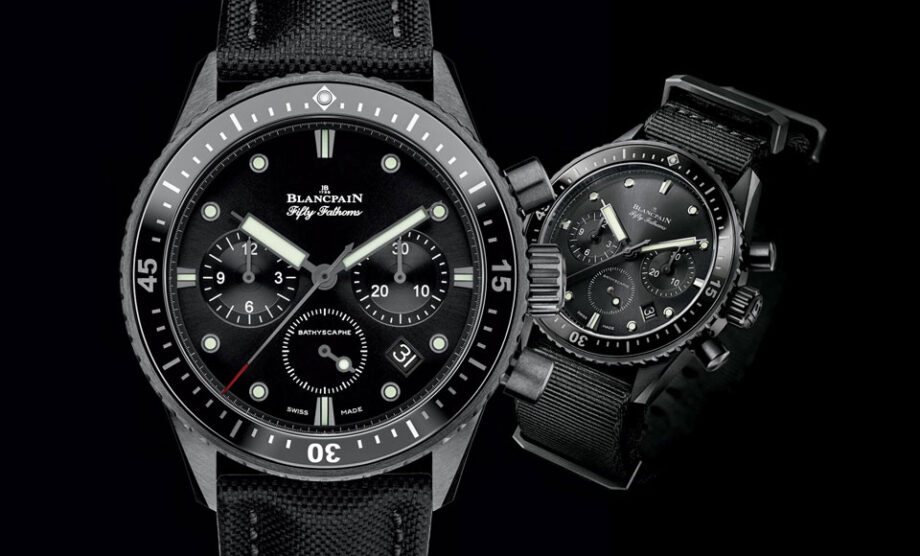 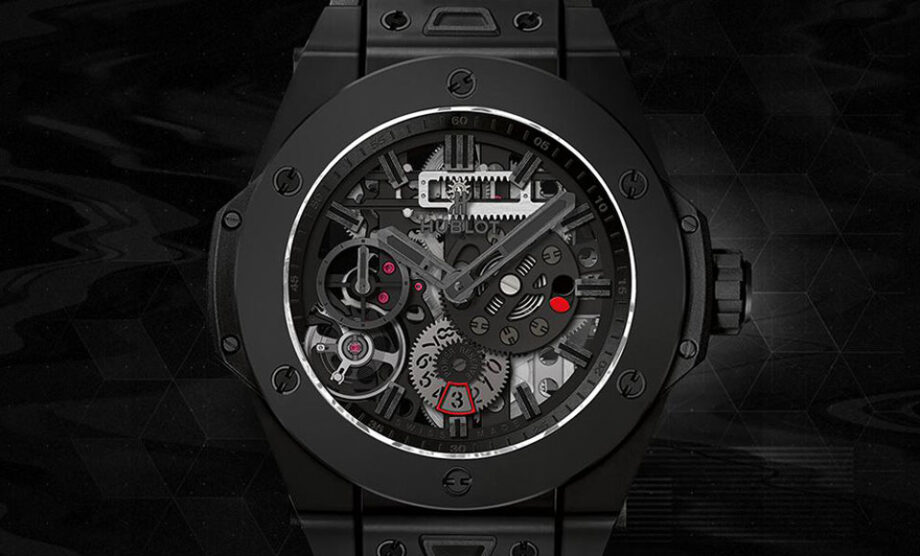 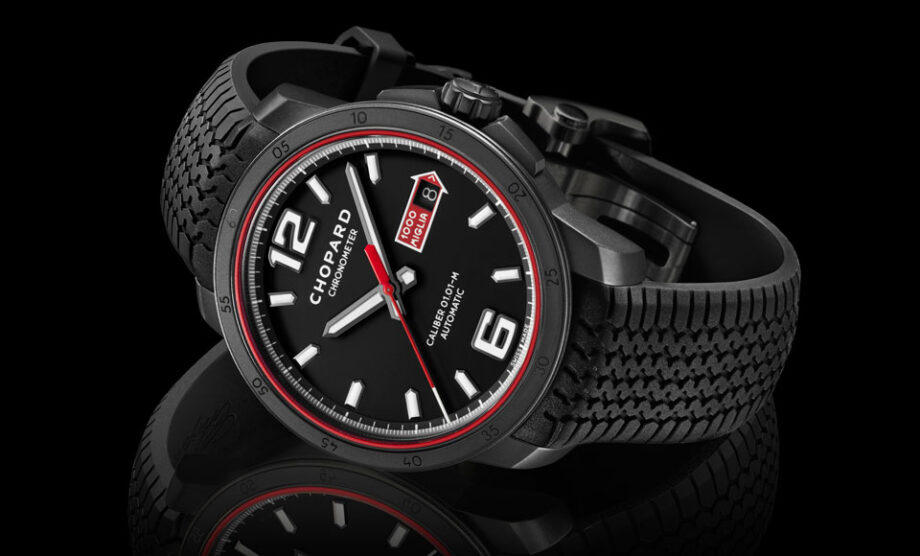 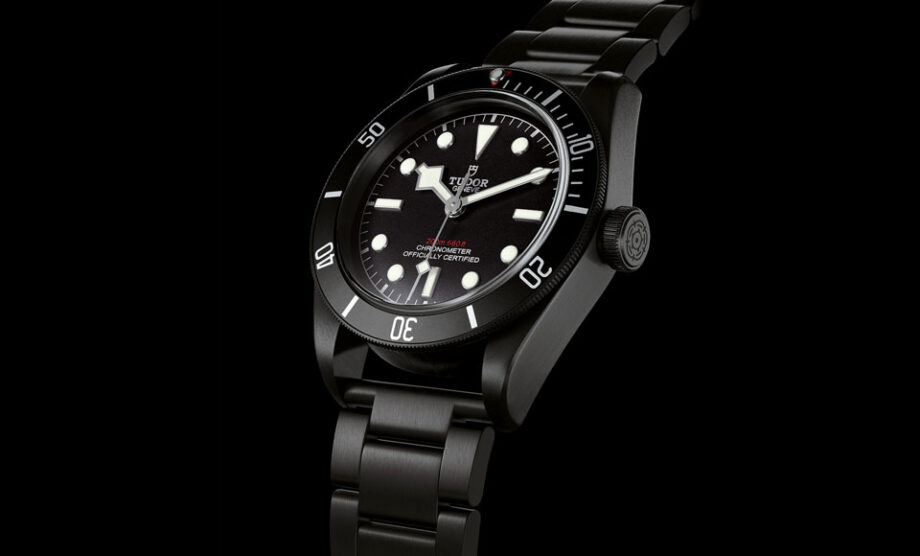 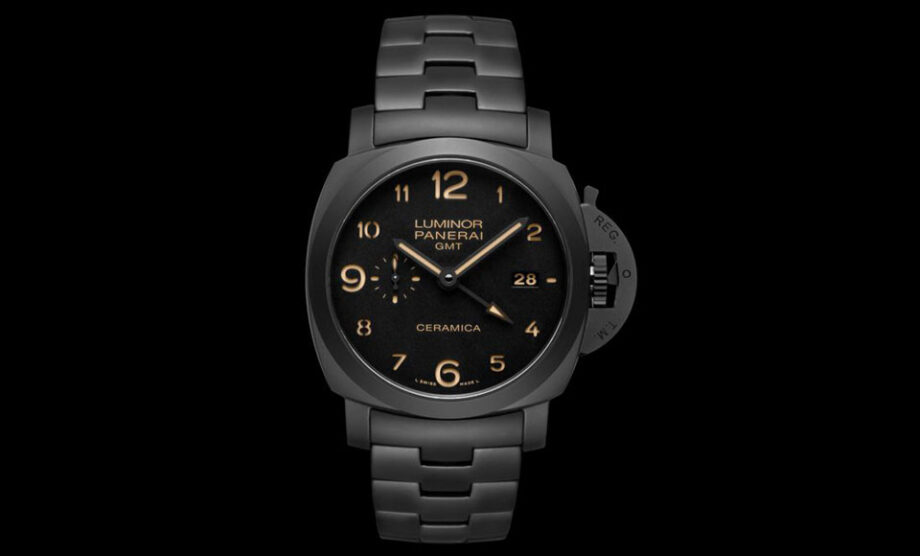 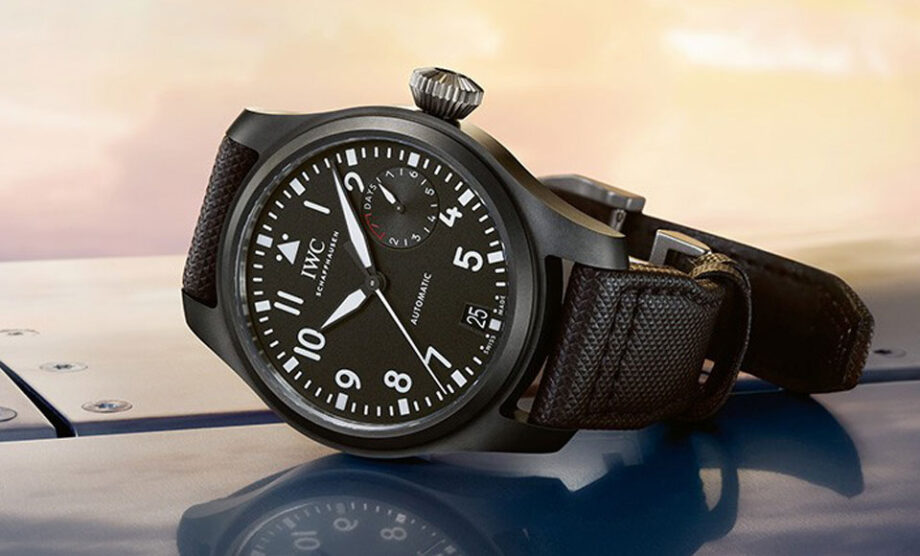 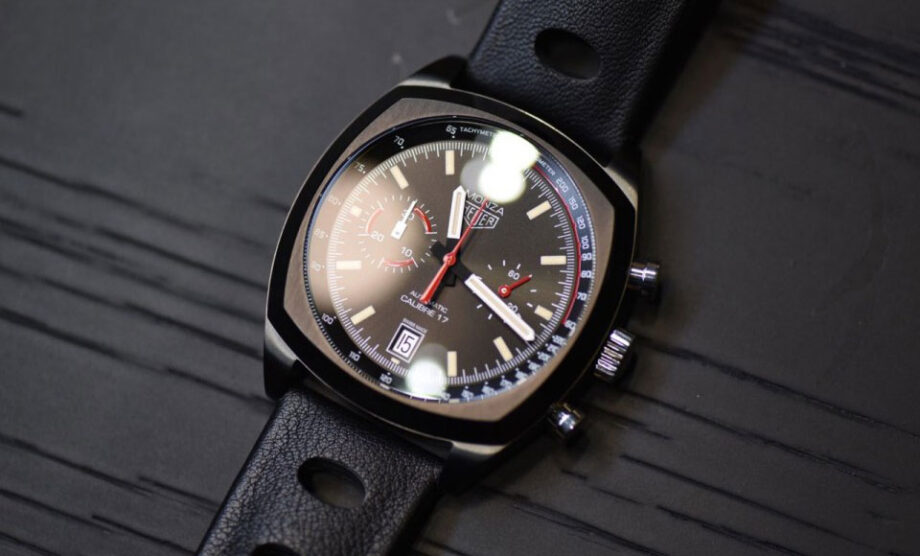 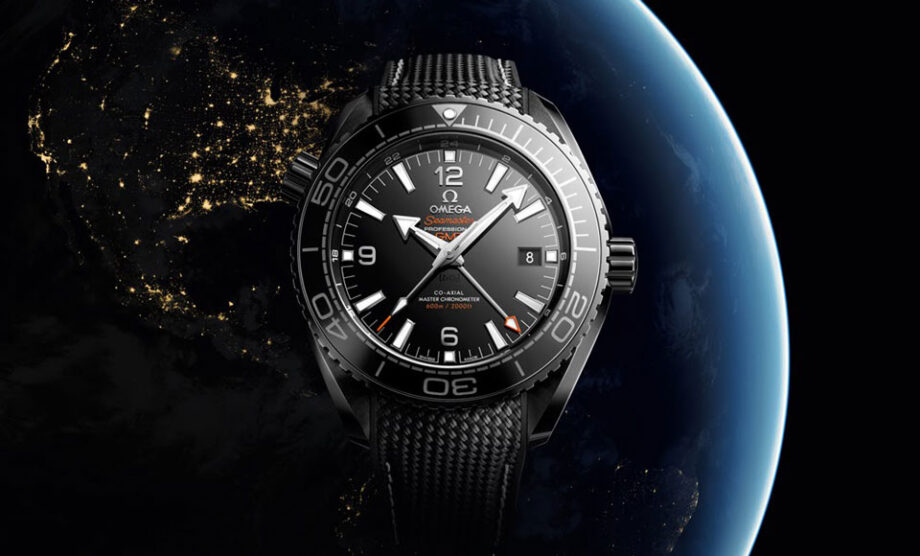 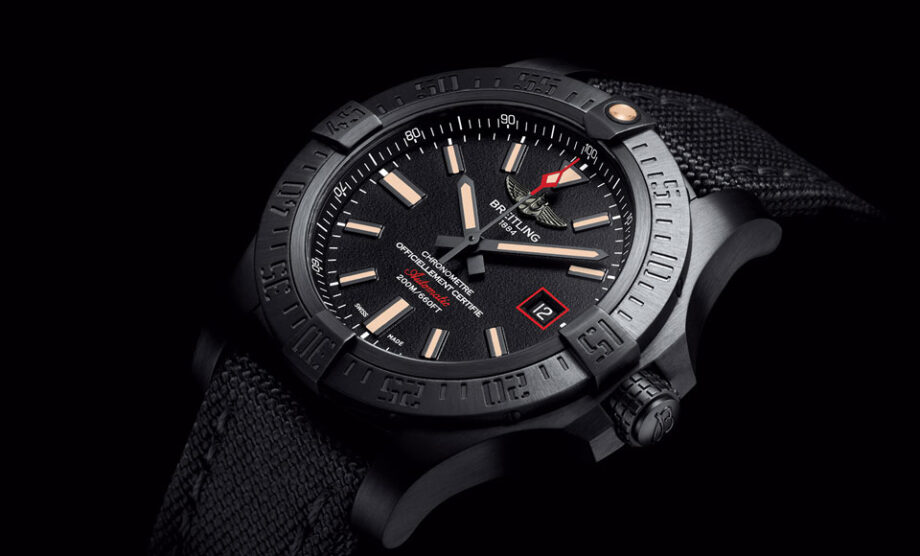 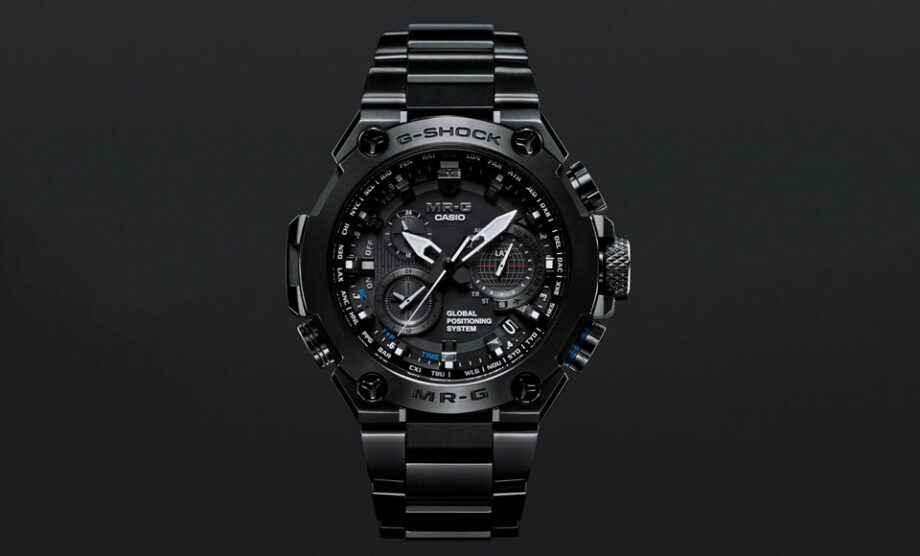