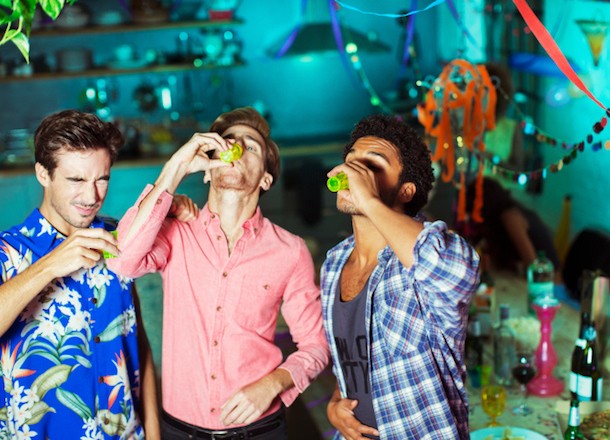 How much did you drink this weekend? How did it make you feel? According to new research into the link between alcohol and wellbeing, a bit of booze does what you’ve secretly always suspected: makes you happier.

Ben Baumberg Geiger and George MacKerron conducted two experiments. One looked at the relationship between alcohol and long-term happiness. The other examined “moment-to-moment changes in happiness and drinking.” Geiger and MacKerron collected data using both a traditional cohort study and an iPhone-based app.

In the latter, participants used the “Mappiness” app to log more than two million responses at random moments during the day, indicating what they were doing, with whom, and how happy they were. This proved to be where booze is at its best.

Compared to themselves at other moments, people were four points happier on a zero to 100 scale when drinking. Consuming alcohol “had the greatest impact when it came alongside otherwise unenjoyable activities (traveling/commuting, waiting),” explains the study, “and only increased the happiness of already enjoyable activities by smaller amounts (socializing, making love).”

But here’s the catch. While drinking does boost mood in the moment, the feeling doesn’t last. Only a little of that during-drinking happiness spilled over into times when participants were teetotal.

The second half of the drinking study tracked 25,000 people born in 1970 at the ages of 30, 34, and 42, and looked at whether they were more satisfied with life overall at times when they drank more or drank less. No connection was found between drinking and happiness over a period of time, except when drinking became a problem. Unsurprisingly, alcohol abuse was linked to reduced feelings of wellbeing.

The findings aren’t exactly ground-breaking, but it’s good to know science is on the side of the occasional rager.