It’s a rare occasion when you’re invited to enter the cockpit of a McLaren (which we took with open arms), but imagine testing three of McLaren’s latest supercars in the one day? Yeah. We pee’d a little.

Sadly, Sydney’s roads are notoriously bad for driving at speeds above 50 km/h. With a little clever pre-planning from McLaren’s team driver Luke O’Neill though, we found some of the best secluded roads available to this man and his three machines.

The purpose of the day was to test McLaren’s 570S and 540C models against the existing 650S Spyder (which we tested in Dubai). Over the course of the next three hours we received first hand experience and got to intimately toy with each of the three models.

With my license point count safely topped up we hit the road.

The 570S is a reduced power (and price) evolution of the popular 650S. Don’t worry, it’s still very fast though. On the aesthetic front, the 570S takes its styling cues from the mighty P1 which tends to be every man’s motor oil dream. Whilst we won’t see the $2 million P1 in Australia any time soon, the 570S is a suitable substitute for those who want the McLaren race car experience without a full pit crew and debt to the grave.

As the car is designed to cope with public roads, it has an updated carbon tub which makes getting in and out of the car (with skinny jeans) so much easier. There’s also updated audio and electronics which finally brings Bluetooth connectivity into this century.

“A suitable substitute for those who want the McLaren race car experience without a full pit crew and debt to the grave.”

On the driving front the 570S offers three drive and ride modes which for the roads we hit, needed a more gentle touch to avoid scraping. For everyday driving you wouldn’t be too annoyed with the 570S. It’s powerful but also very drivable. Personally I found Sports Mode (mid-setting) was my preferred option in the 570S. It delivered the poise when I needed but also made lots of the fancy air surging noises that turbos tend make. The all important 0-100km/h? Easily dispatched in 3.2s.

The 570S is as good looking as it is fast but it’s not bonkers fast like you would expect. It’s more respectable fast and for the price of AU$408,000 on-road, it’s something that would easily go up against a 911 Turbo. The hard part is determining your poison – a pure bred 3.8-litre V8 making 562hp and 700Nm, or something else.

After forty-five minutes of constant cornering bliss and cranky cyclists in spandex, I tried my hand at the baby of the McLaren bunch, the 540C. Don’t be fooled for a second that the baby is any less potent than its older siblings though.

“We think McLaren’s definition of ‘de-tuned’ still needs some work.”

You’ll find the ride is almost identical to the 570S with the only difference being power delivery. Both models feature the same engine, however the 540C is slightly more detuned and smaller in stature. Somehow we think McLaren’s definition of “de-tuned” still needs some work.

That said the 540C does require a little more promoting to get the most from the engine. We’re not saying it’s slow but you do notice there’s some latency when putting one’s foot to the floor to wait for the grunt.

You’re splitting hairs between the two and with the 540C you’re still getting that dramatic McLaren styling, the updated interior but also saving a few pennies. On the flip side, with what you save on the 540C you can easily put into options.

Different wheels or uprated brakes would be our recommendation with the 540C as it offers steel discs as standard whereas the 570S receives carbon ceramics. The 540C retails for AU$350,000 AUD on-road.

Finally, the prodigal son returns. Our old favourite, the 650S. We had previously experienced the 650S in Dubai on long sandy roads and zero traffic. Sitting on the wrong side of the car and road proved to be nothing short of challenging, but this time around we had some of Australia’s best roads and a 3.8-litre twin-turbo V8 pushing out 637hp of British power.

“You know things are really getting wild when the air brake spoiler deploys in the rear-view.”

The difference between this and the others? A world apart. The 650S is really an evolution of the very first 12C so it’s styling is somewhat older than the 540C and 570S, but what it lacks in dramatic looks it makes up for in unrivalled brotherly performance.

The 650S tends to give you plenty of ‘Oh Shit!’ moments with its abundance of power. And you know things are really getting wild when the air brake spoiler deploys in the rear-view.

There are a few discrepancies though. For what the 650S offers in brute power, it does feel a touch dated compared with the newer models – a point that Sydneysiders will no doubt pay attention to when shopping around for a sub-$500,000 car.

Both the 540C and 570S are less expensive alternatives to the 650S and to be honest, they do feel like a more current reflection of the brand; the evolution of an older sibling, if you must.

We’ll take the 570S thanks. Fast, drivable, refined but still intact with the unyielding McLaren creed, it’s the perfect balance of play nice and angry at an affordable supercar price point.

Throw in a fairly reasonable list of what comes standard in the 570S and it’s an easy choice for what to get as your very first supercar.

Either way, it’s a hell of a lot of car at $450,000 and not your usual brand. Exclusivity is will also be your best friend in this case. 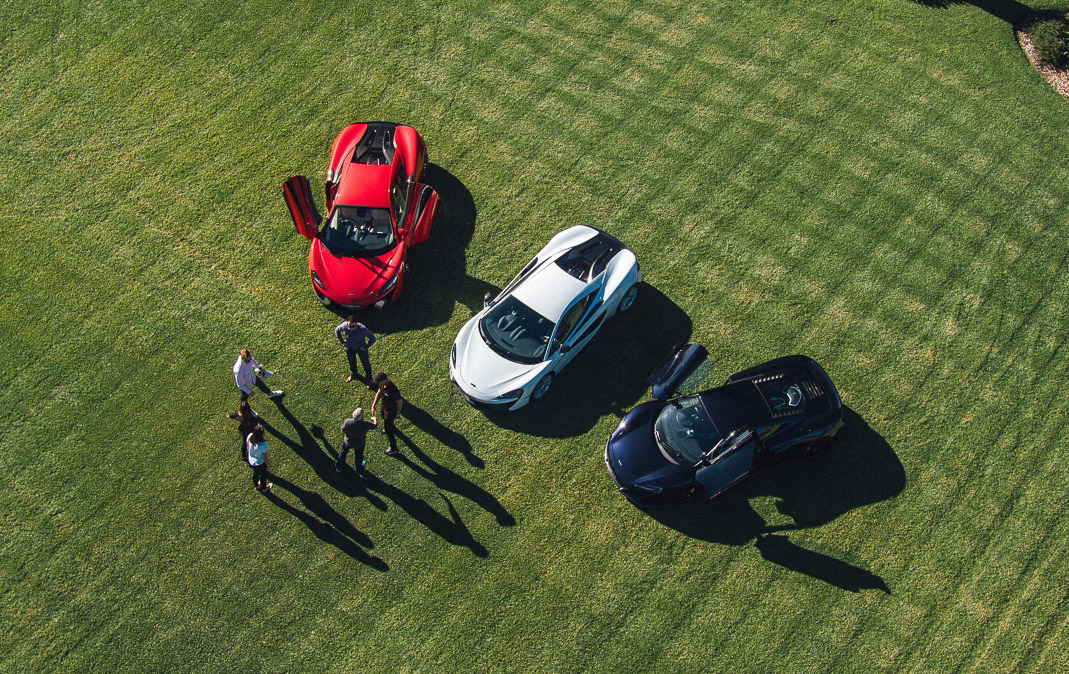 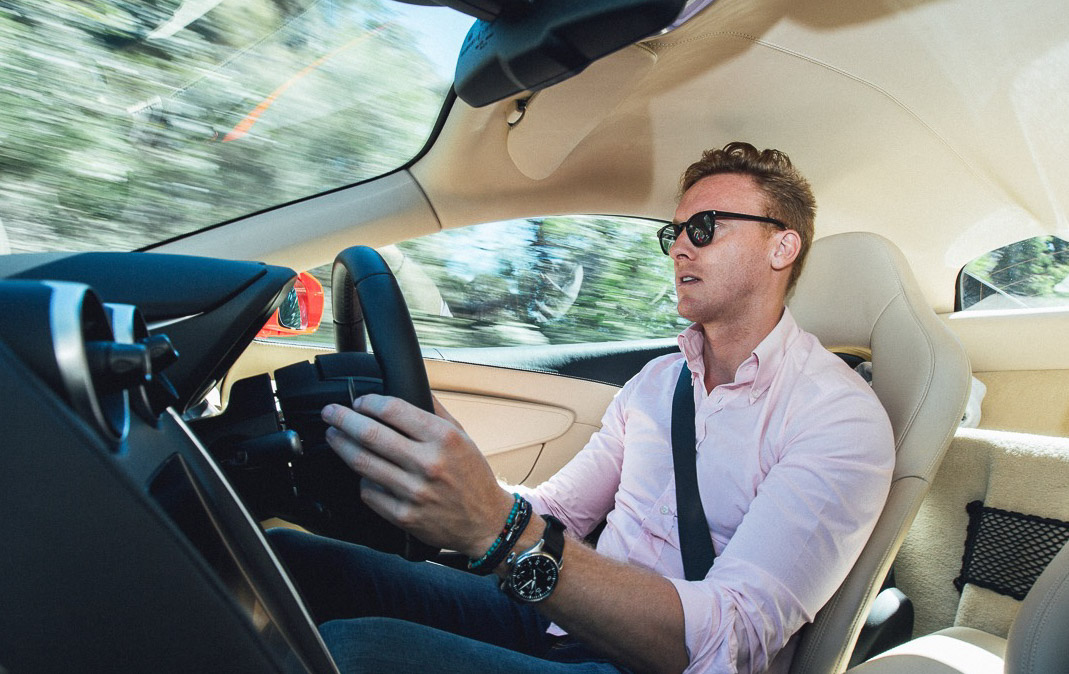 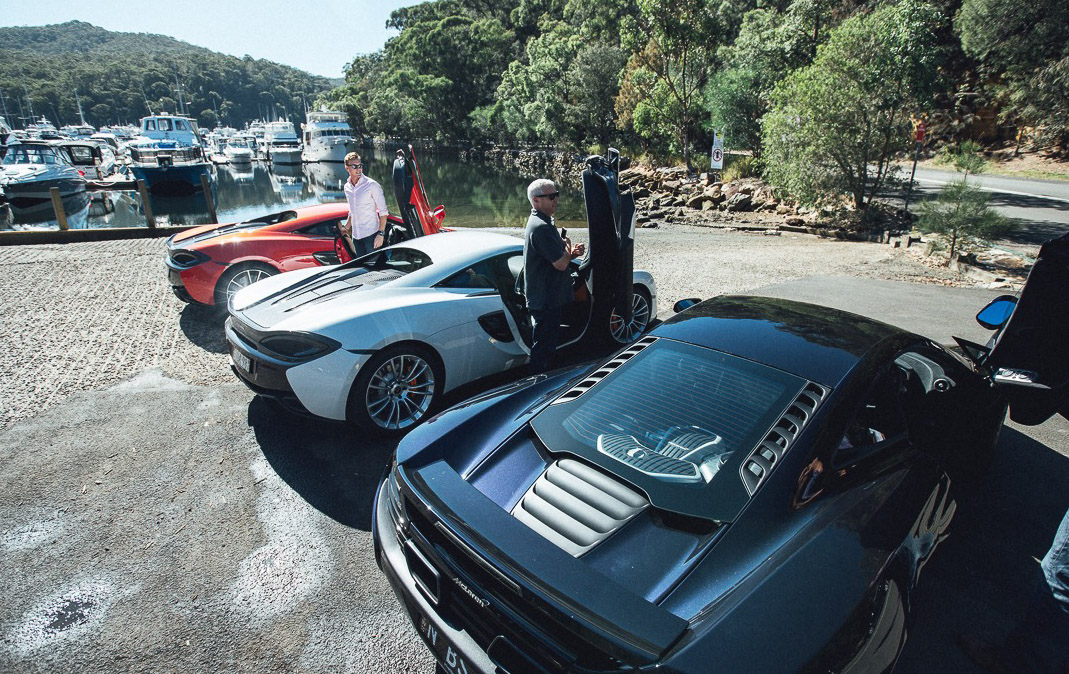 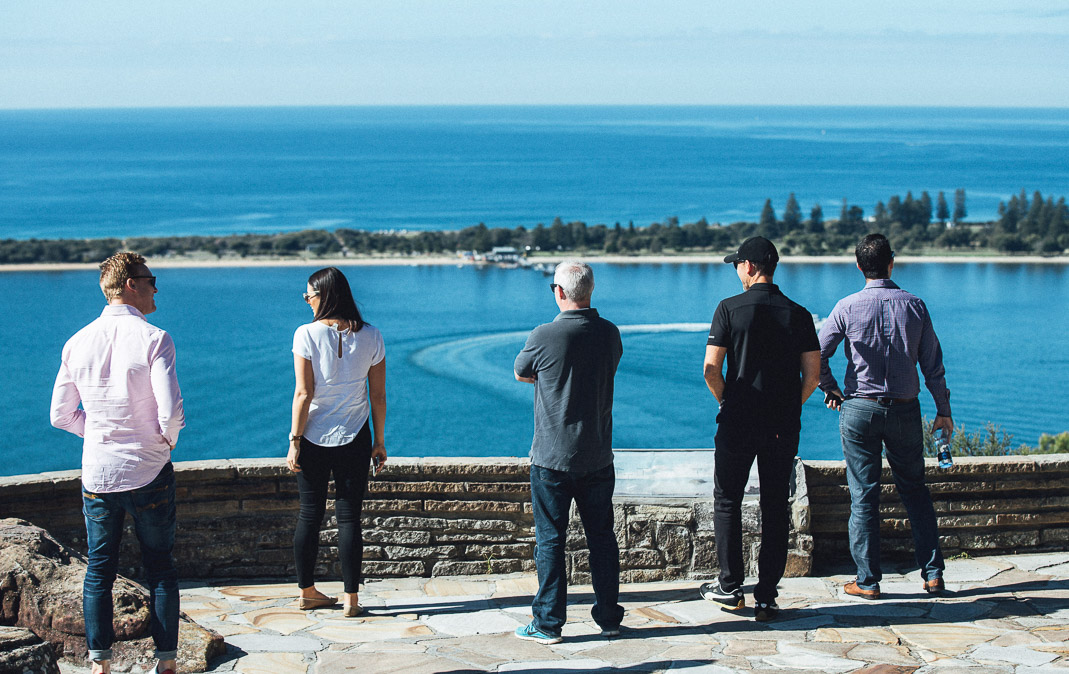 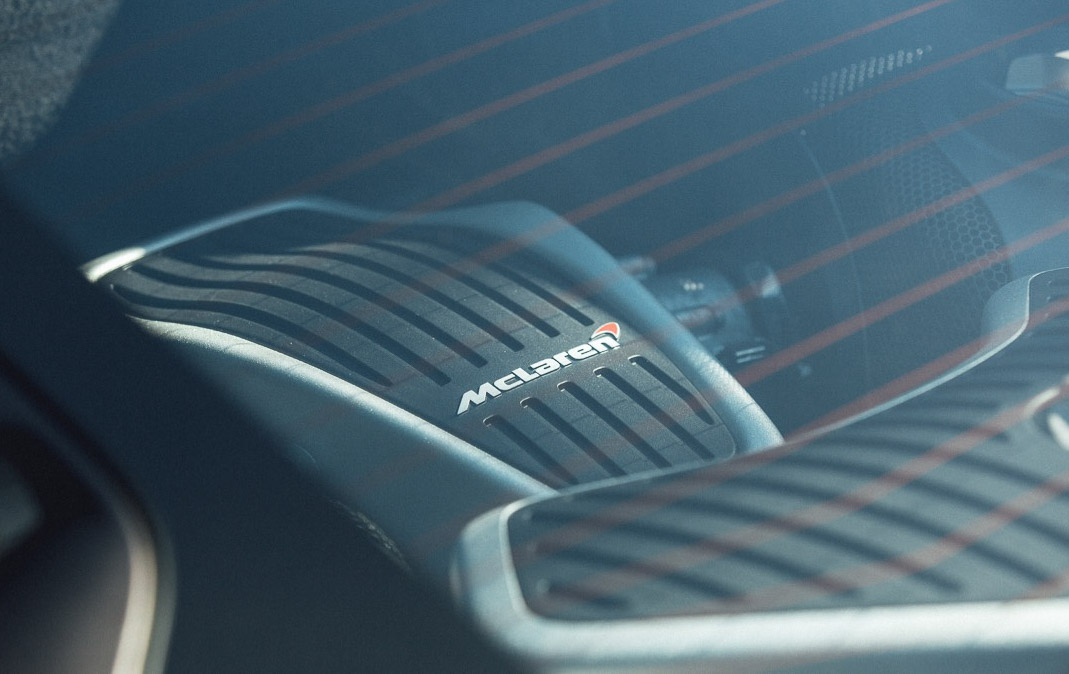 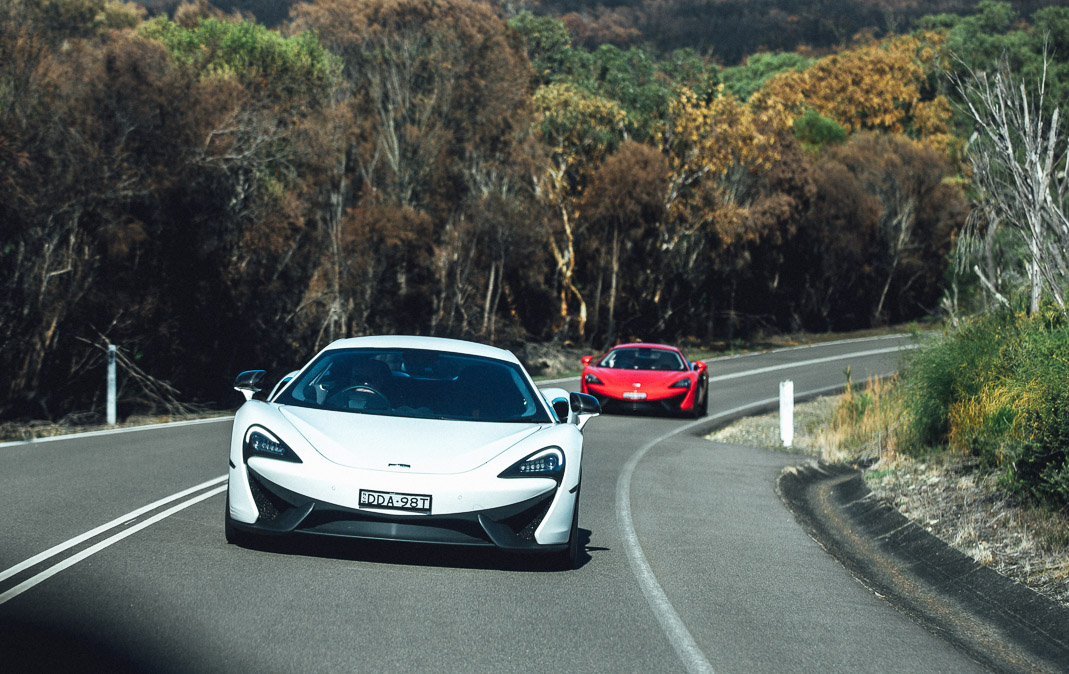 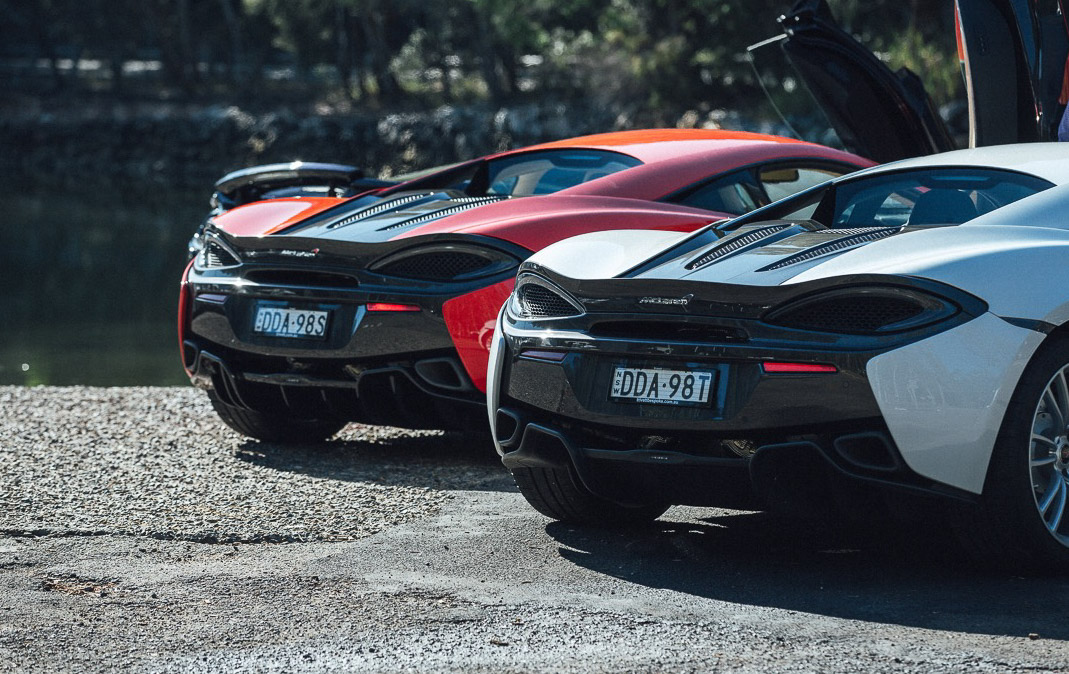 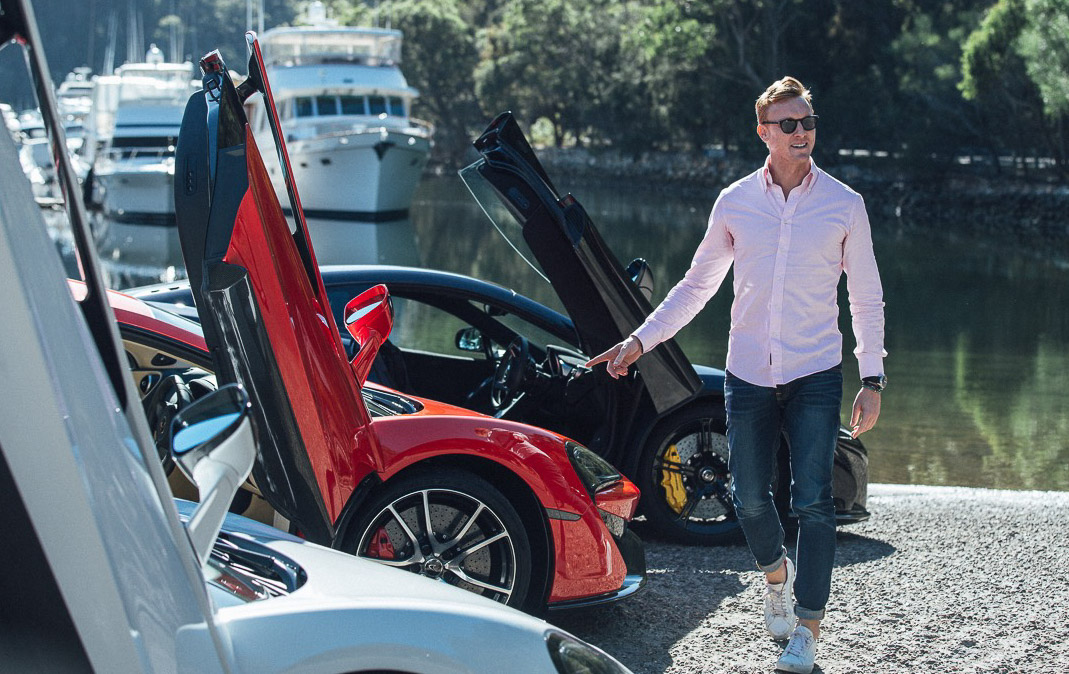 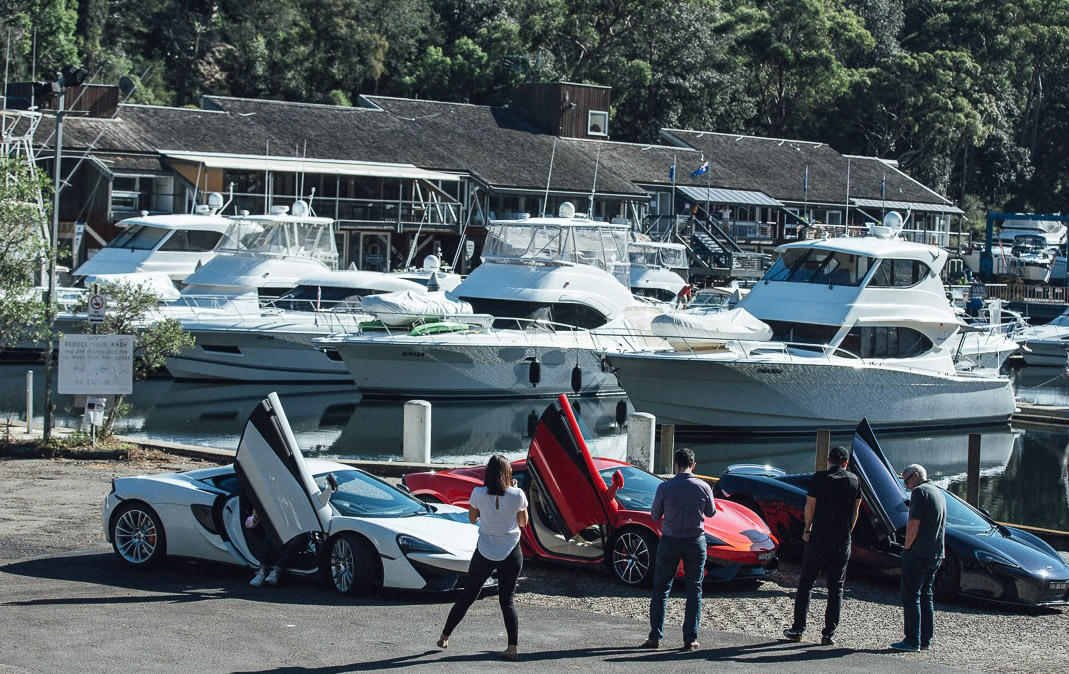 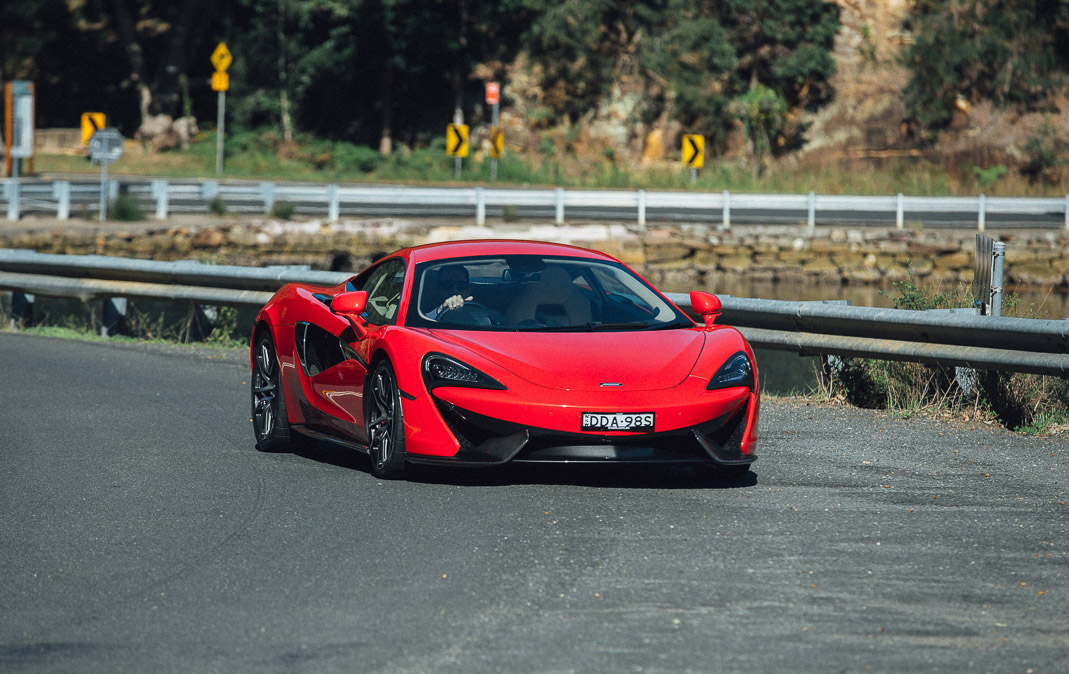 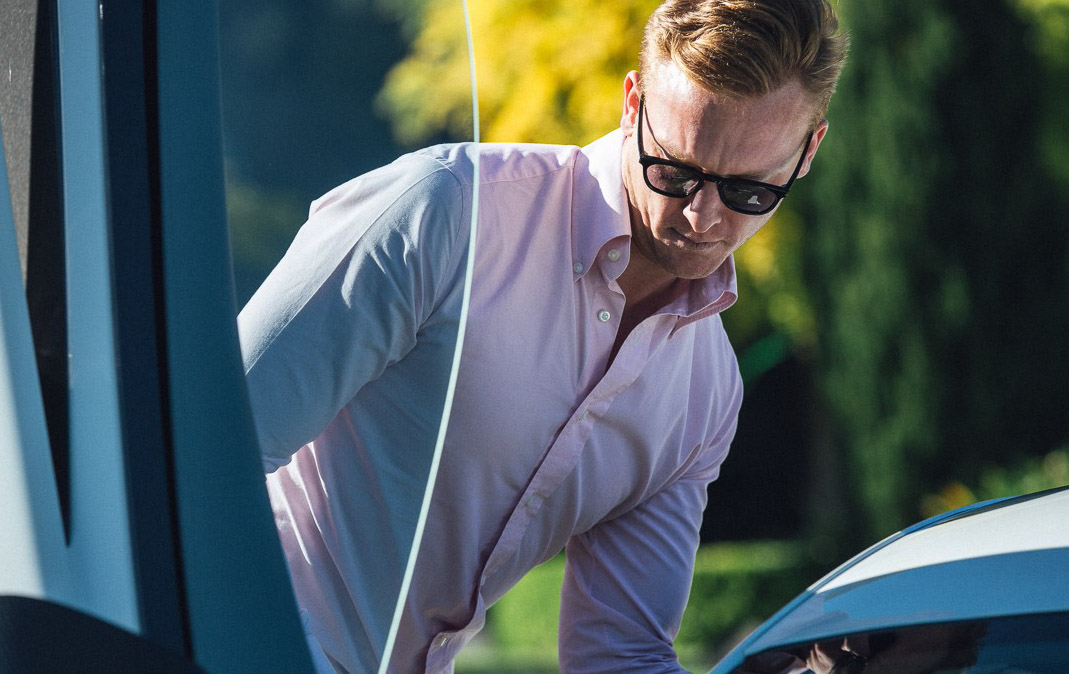 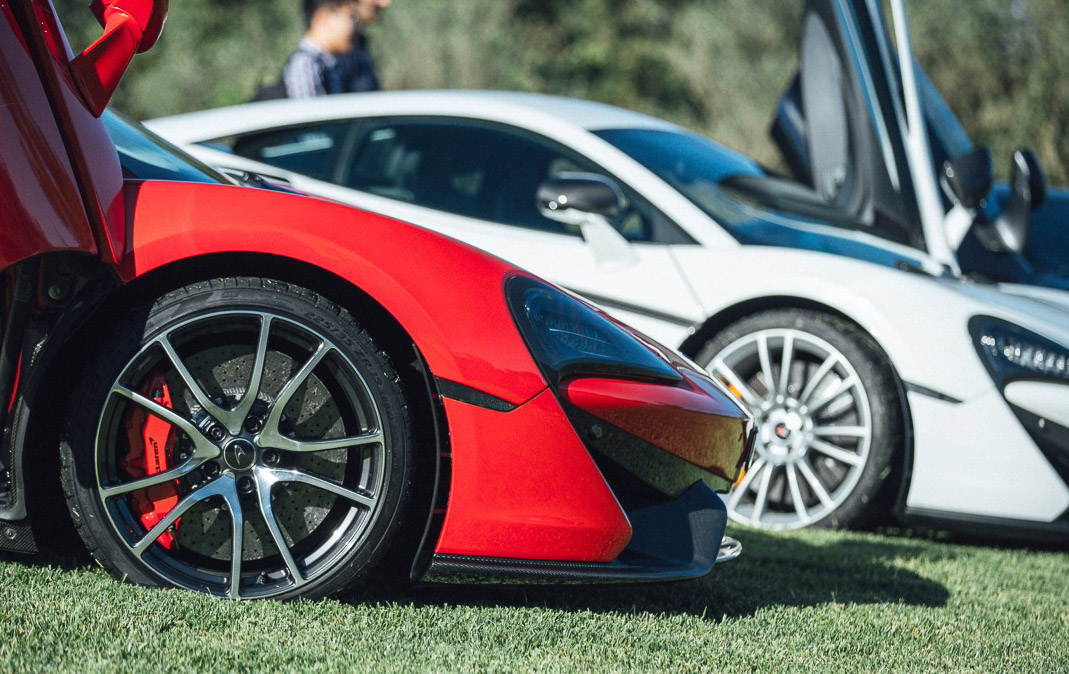 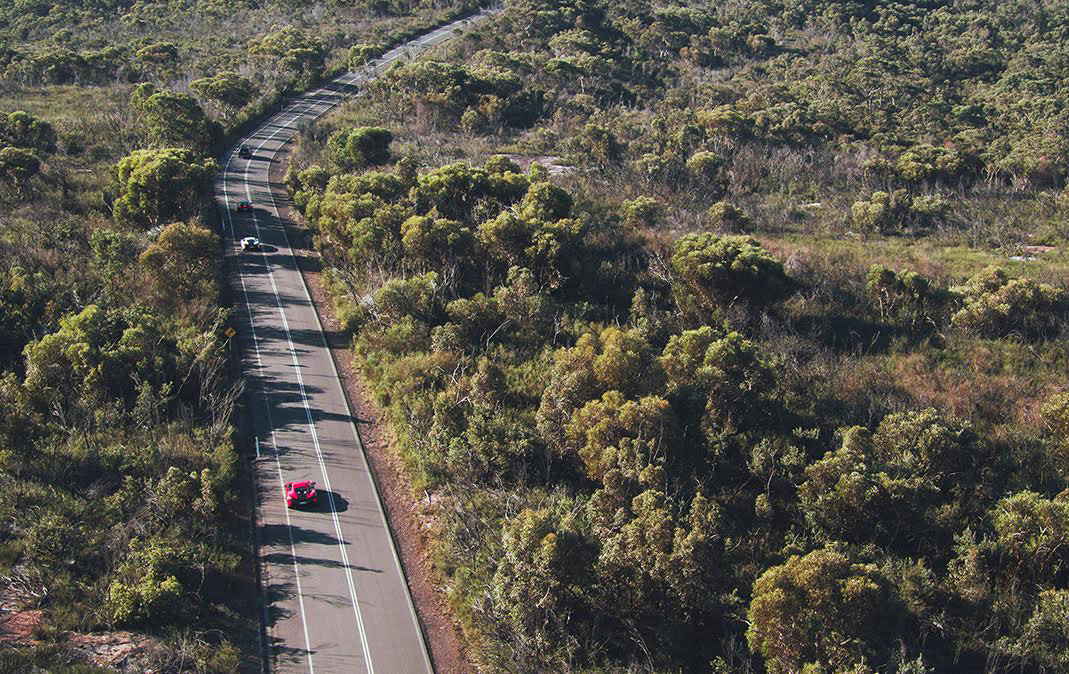