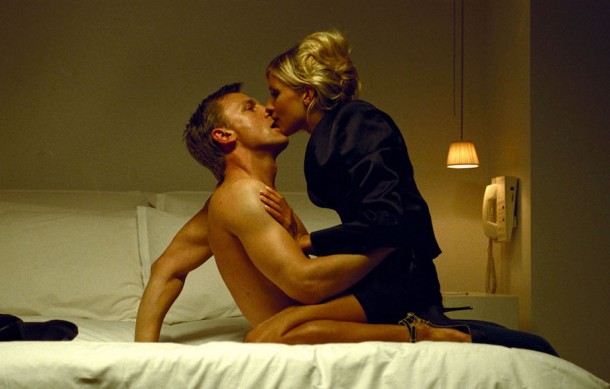 What turns men like Hugh Hefner, Colin Farrell, and Jack Nicholson into world-class womanizers? Money, good looks, and celebrity come to mind, but a new study suggests their famously active sex lives could also be linked to specific personality traits.

Two hundred and seventy-eight freshly hitched couples agreed to keep daily journal entries about their sack sessions for two weeks. The entries revealed how often the couple had sex and how satisfying it was. The couples also completed a personality test that measured 5 key traits, known as the ‘Big 5’ in personality psychology. Two traits proved to be especially strong predictors of frequent and better sex.

The first was Agreeableness – the tendency to value getting along with others. Wives who were highly agreeable had more sex with their husbands during the study. The second was Neuroticism – the tendency to be anxious, fearful, envious, jealous, and moody. Husbands and wives who ranked low in neuroticism had more satisfying sex. Partner personality, perhaps unexpectedly, was unrelated to sexual satisfaction.

The researchers are careful to note that these personality traits do not cause more and better sex, but there is an apparent link between them. And although the study didn’t cover the money, looks, and celebrity trifecta, we don’t need science to tell us they wouldn’t hurt.