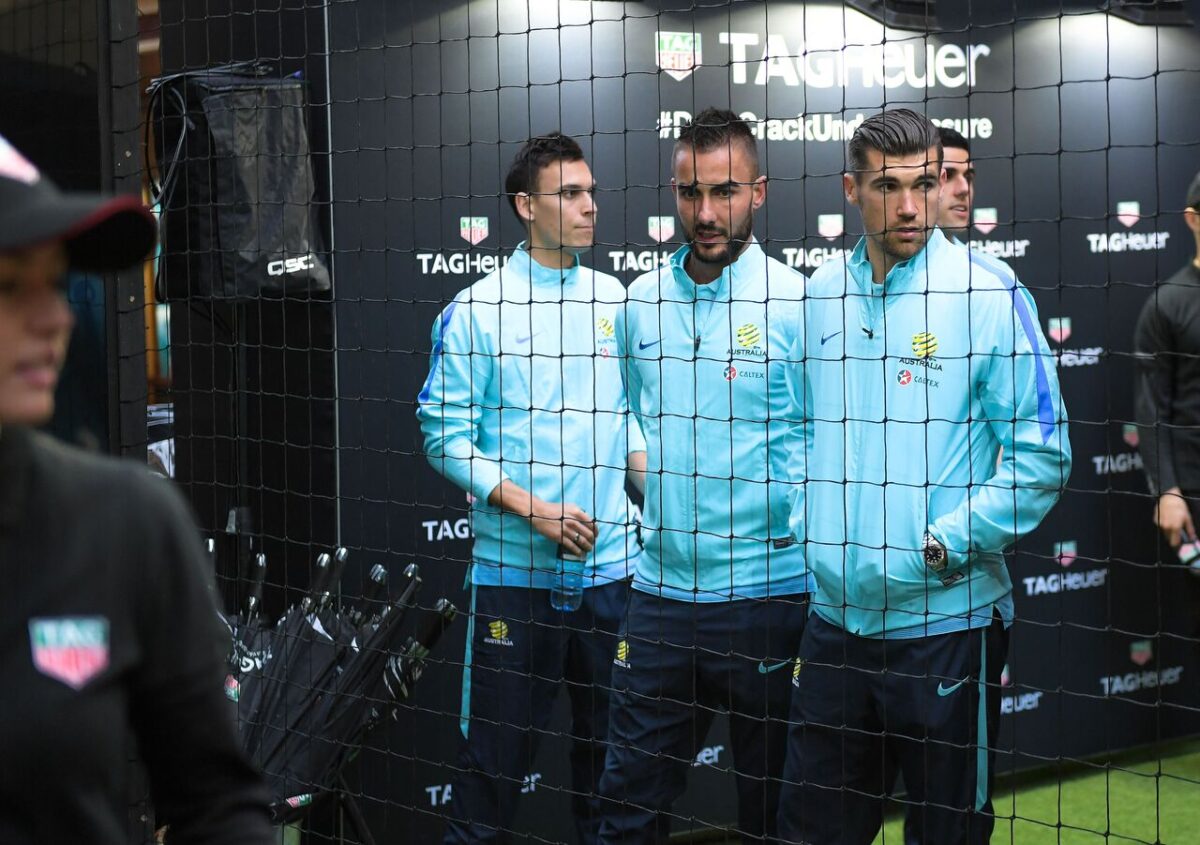 Legendary Australian football team the Socceroos have a lot to live up to when it comes to delivering results.

As a whole nation’s hopes and dreams rest on the eleven man squad for the upcoming World Cup qualifiers, we dropped by TAG Heuer’s Don’t Crack Under Pressure Speed & Accuracy Challenge in Sydney to chat to Mark Birighitti and Trent Sainsbury about the importance timekeeping has to scoring that elusive goal.

According to the pair, timing is a concept which often swings both ways. The only constant within this is handling the pressure that comes with a win or loss.

“We were joking before,” says Socceroos goalkeeper Mark Birighitti. “Some of our best and worst results have been down to time; either lack of or too much.”

Birighitti recalls a past game that brought with it a life changing lesson. “Our first year together at Central Coast, we were leading the grand final in extra time with three minutes to go. We conceded one goal and then conceded the last goal in the last second and last header. We went on to lose the game.”

“But at the same time, split seconds can change,” adds Sainsbury.

“You have all the time in the world in the week leading up to the game, but you only have ninety minutes on the clock to win it. Timing is everything.”

Sainsbury considers himself a pretty laid back guy but even he has his high pressure moments that he has learnt to manage.

“The most pressure for me was the Asian Cup final where our challenger scored in the last minute and we went into extra time.”

“When they scored that goal and they lifted, we had to lift above them. That’s when the pressure really gets to you and it tells you if you’ve got what it takes.”

As the Socceroos goalkeeper, Birighitti also knows a thing or two about composure.

“For me as a goal keeper, it’s the penalty shootout. When you can pull up dividends for the team and become a hero for your country, it’s the nicest feeling.”

TAG Heuer’s Don’t Crack Under Pressure Speed & Accuracy Challenge was held in the heart of Sydney at Pitt street Mall. A purpose built stage allowed football fans of young and old to test their ability in front of the country’s finest.

The event also follows the recent announcement of the team’s 4th year partnership with TAG Heuer which should ensure that precision on the pitch continues to be met to the highest order. 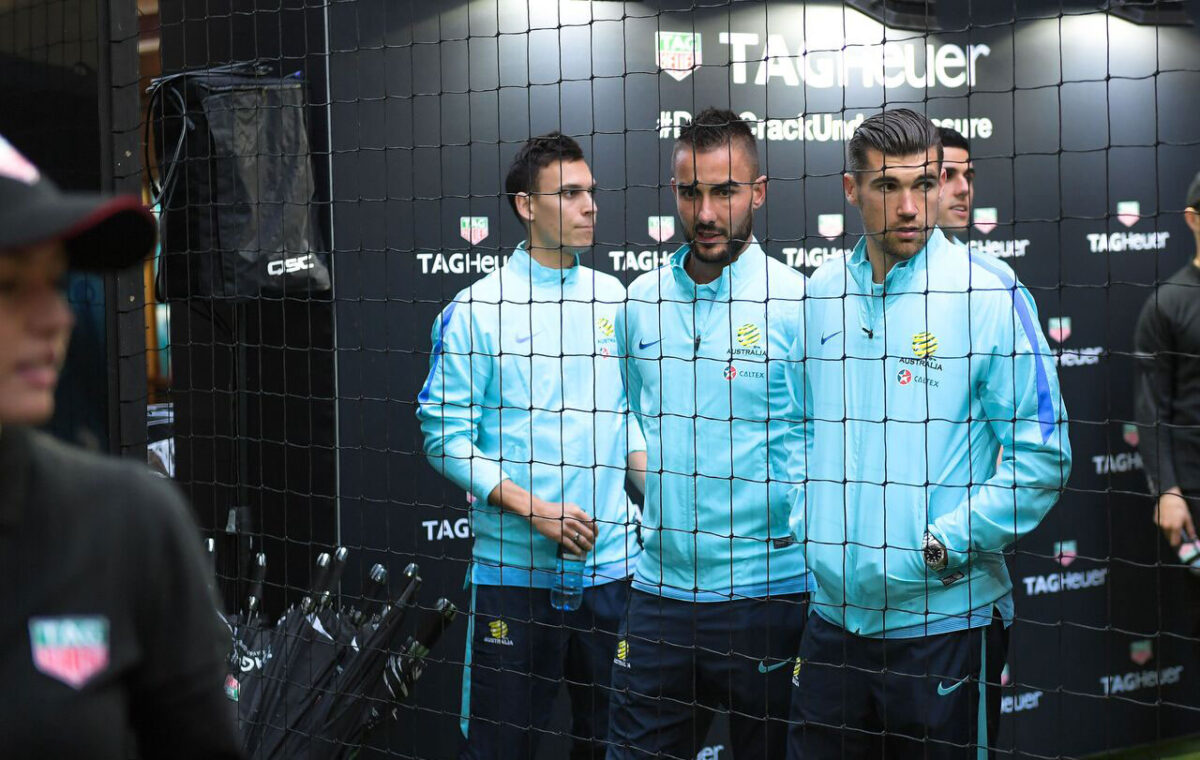 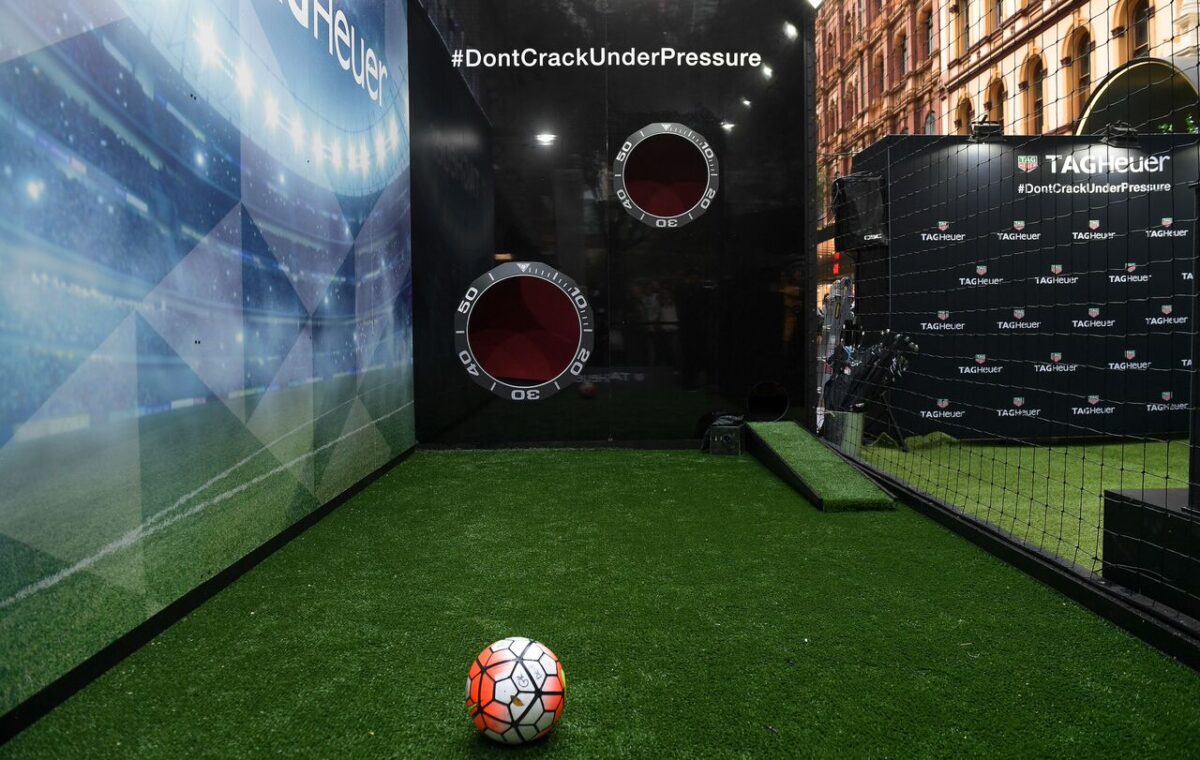 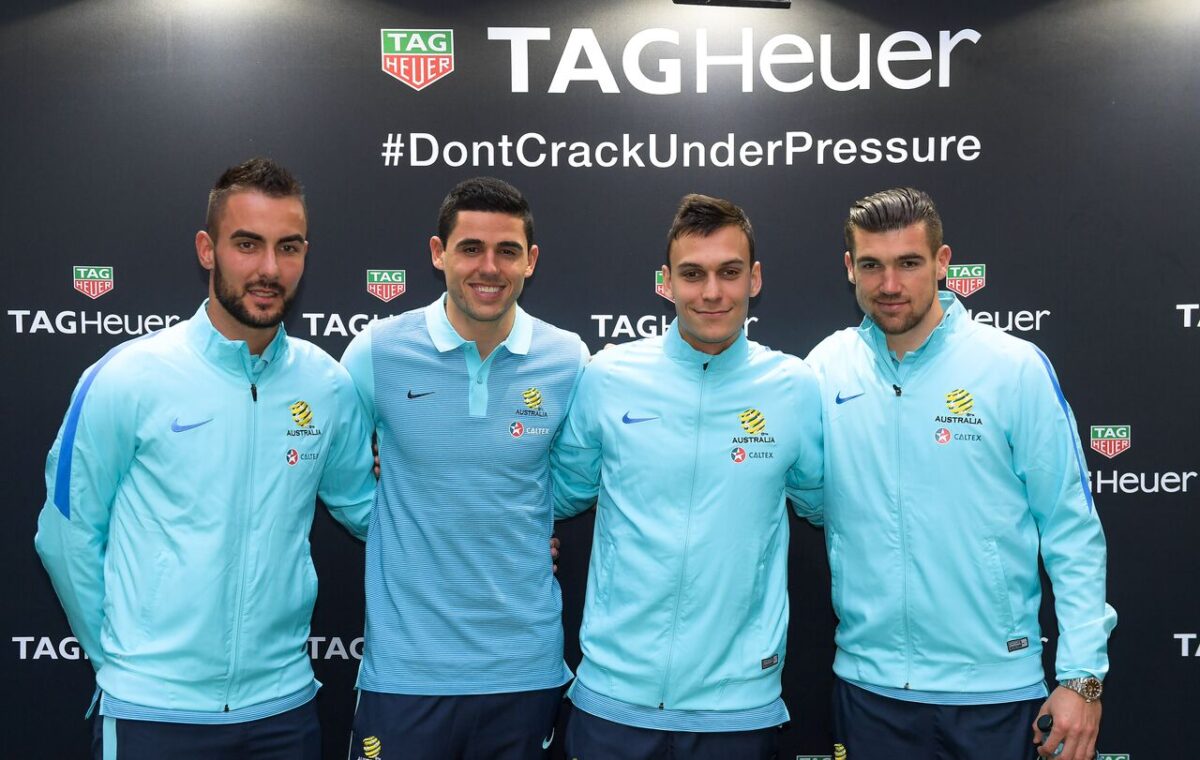