Alexander McQueen’s Skin Will Be Turned Into Leather Bags & Jackets 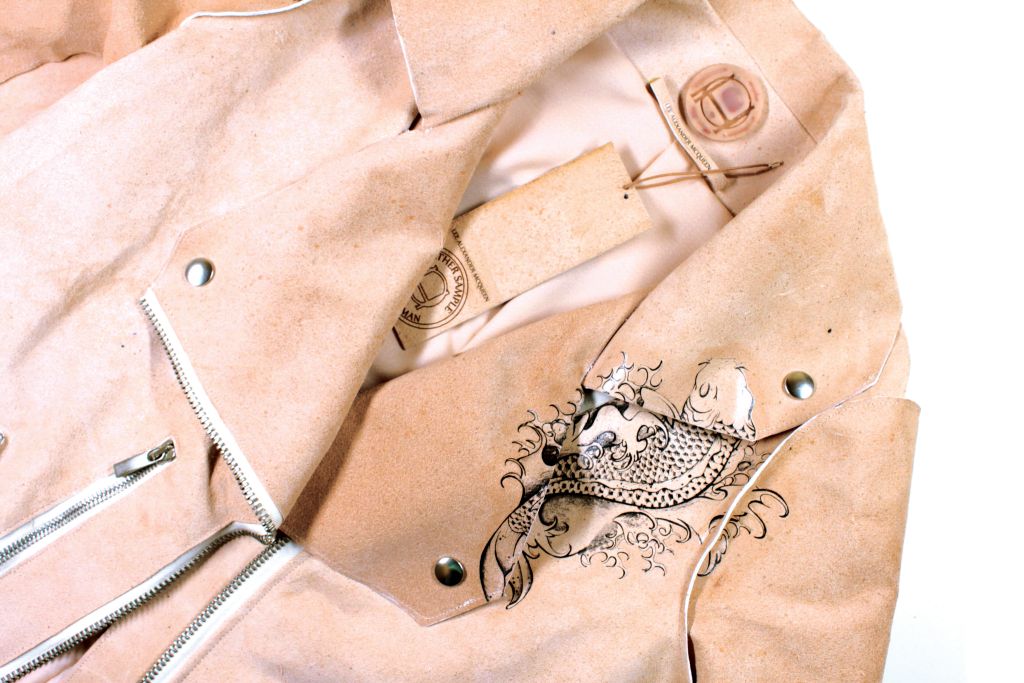 If today’s fashion isn’t quite authentic enough for you, we may have just discovered the real deal in leather bags and jackets made from human skin. The late Alexander McQueen‘s, to be precise.

Yes, that’s right. Tina Gorjanc, a student who is just finishing the material futures program at London’s famous fashion school Central Saint Martins, is working on a project that uses Alexander McQueen’s DNA to grow skin, which she plans to tan and turn into leather jackets and bags that will even feature tattoos, freckles and moles based on the exact “locations, size, and design” of McQueen’s.

“With the tattoos and manipulation of freckles and sunburning, I wanted to showcase the material,” Gorjanc explains. “I think that was really important in terms of getting this connection between the jacket and McQueen.” For Gorjanc’s project, the DNA would come from McQueen’s own hair that was used in his 1992 collection ‘Jack The Ripper Stalks His Victims’, which is apparently totally legal.

“The standard rule in the UK is that there’s no ownership property right of human tissue,” says Dr. Jeff Skopek, a lecturer in medical law, ethics, and policy at University of Cambridge. “So McQueen didn’t own his hair, technically. That’s what’s called the ‘common law property rule.”

While it does seem a little reminiscent of The Texas Chainsaw Massacre’s Leatherface, Gorjanc’s project aims to raise questions about how corporations might one day exploit genetic information for luxury goods, and to showcase how little protection exists for a person’s DNA.

You won’t be finding McQueen’s skin in any ordinary boutique, though. Gorjanc’s says her finished products, which also demonstrate that one day leather could be grown in a lab without slaughtering animals, would more likely be displayed in a gallery, or sold to a collector.

Apparently, Gorjanc has already gotten positive feedback from a McQueen representative and people who knew the late designer. “People that were really close to him or that worked for his institution said that he might actually like the idea,” she says. “He was always pushing the boundaries and always trying to break laws in fashion.” 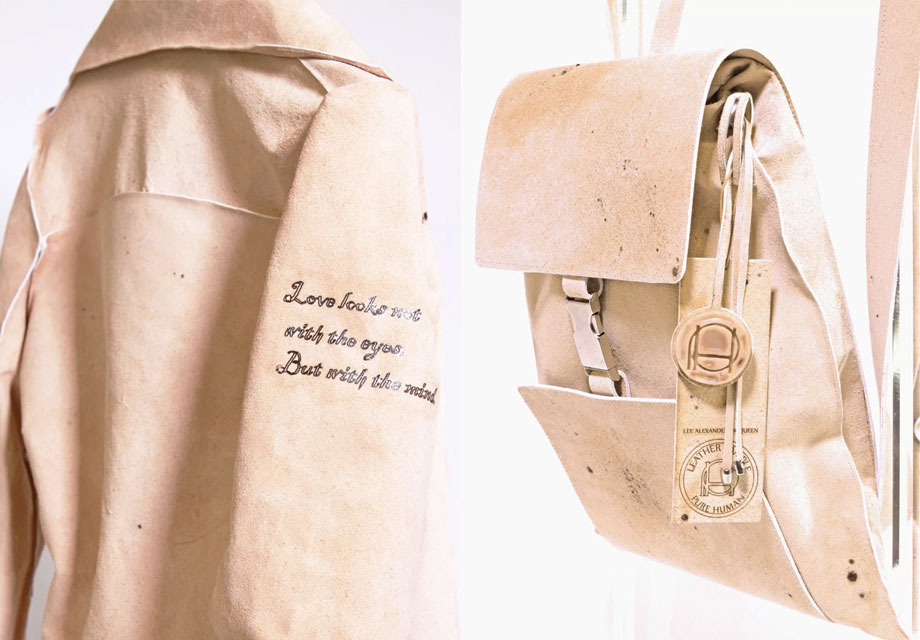