8 Ultra-Luxe Glamping Destinations Around The World 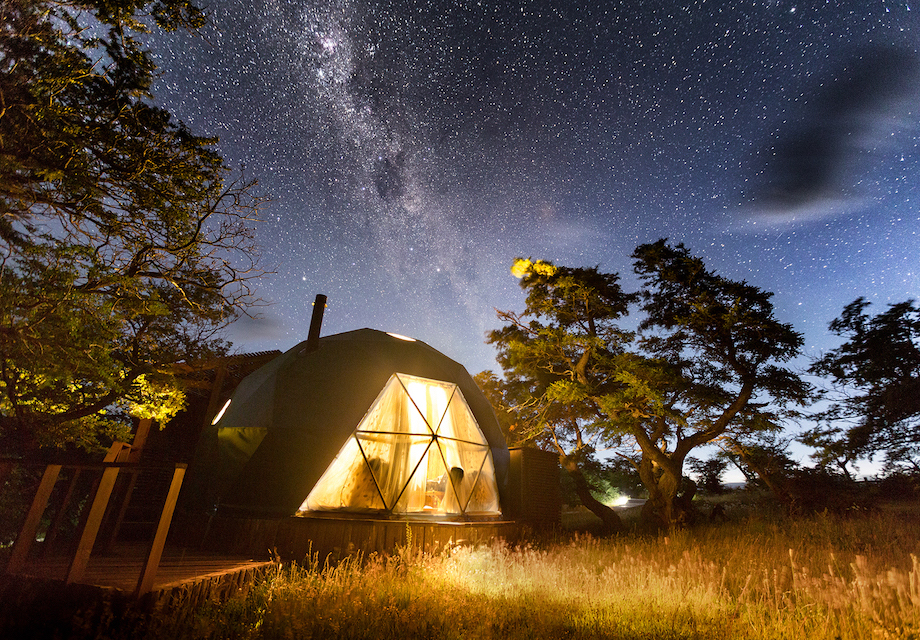 There are purists who believe it’s not camping unless you’re sleeping on the ground and waging a nightly war for your blood against an army of mosquitos.

There are others who dream of sleeping under the stars without having to pitch a tent, unroll a sleeping bag, or bathe in insect repellant.

You’re guaranteed to be a happy camper at any of these stunning “glamp sites” around the world.

The Resort at Paws Up | Greenough, Montana, USA

Mix old-school Americana with modern luxury and you get The Resort at Paws Up, Montana’s premier destination for well-heeled nature lovers. Guests can explore their inner cowboys with horseback riding, fly fishing, clay shooting, and cattle herding, then relax after a hard day’s work with a massage and a gourmet dinner. There’s even a camping butler on hand to ensure no whim goes un-indulged.

An action-packed adventure awaits in Chilean Patagonia. The notoriously wild Torres del Paine National Park is home to EcoCamp, the region’s first fully sustainable accommodation. Guests stay in cosy geodesic domes, some of which are duplexes, and devote their days to trekking, horseback riding, kayaking, and wildlife spotting. Nights are spent stretching in the yoga dome or dining and drinking in the three interconnected community domes.

Get up close and personal with the relaxing solitude of the African landscape in Botswana’s Chobe National Park. The mobile safari tents of &Beyond Chobe Under Canvas are positioned as close as possible to the resident game, which includes some of the largest elephant herds on the continent. While the location of the camp varies regularly, the 5-star experience does not. A stay includes private butler service, delicious pan-African meals and traditional bush dinners, sunset boat cruises, and daily game drives.

This innovative hotel, made up of geodesic domes and a central chalet, achieves the impossible: making cold-weather camping an appealing prospect. Whitepod invites guests to get away from it all in one of its eco-friendly, igloo-esque domes. Each pod is heated by a wood burning stove and can be dismantled at any time without leaving a trace. The resort offers skiing and snowboarding on private slopes, as well as dog-sledding and spa treatments.

The Greystoke Mahale camp in Western Tanzania has offered glamping to the masses since 1988. This is remote African adventuring at its best. There are no roads near the camp, which can only be reached by small planes and boats, and only 6 wood-and-thatch huts make up the entire resort. The main attractions are the view, which is perfectly displayed through the missing fourth wall of each hut, and the local chimp population, which can be observed on guided treks.

Longitude 131° may be in the famously rugged Australian Outback, but it’s worlds away from “roughing it”. The renowned luxury camp sits on the edge of Uluru-Kata Tjuta National Park, offering unrivaled access to the red-hued landscape. The fifteen luxury tents include custom furniture, organic linens, floor-to-ceiling windows, a complimentary in-suite bar, and a host of modern essentials including an iPad and Bose sound system.

Located on a cliff overlooking the River Kwai, Hintok River Camp at Hellfire Pass is the recipient of multiple travel awards. The 32 spacious canvas tents each feature a private bathroom and an outdoor shower with hot water, air-conditioning, a private veranda, and luxury furniture. Relaxation is a guarantee, but if you’re looking for more than quiet rural life and dips in the natural spring pool, the resort is near traditional temples, Saiyok National Park, and two historic World War II sites.

A 60-minute floatplane ride from Vancouver brings you to this remote outpost in the wilderness of British Columbia. Clayoquot Wilderness Resort’s 20 canvas guest tents are awash with luxe touches, including wooden floors, thermostat-controlled propane wood stoves, oil lamps, opulent rugs, and even heirloom china. Scarlett Johansson and Ryan Reynolds chose this spectacular spot for their wedding in 2008. The marriage didn’t last, but the resort remains a firm favourite for glampers. 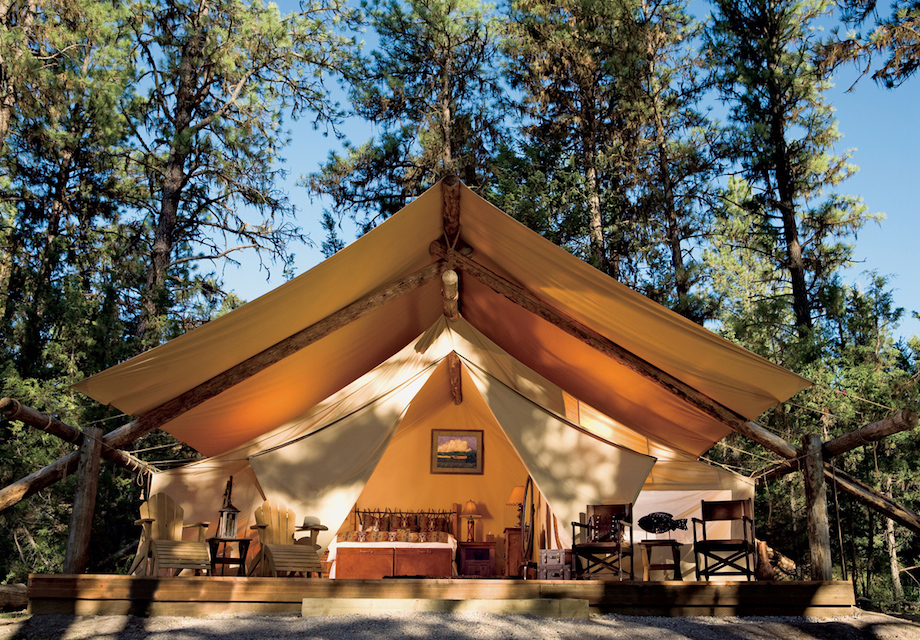 1 of 8
The Resort at Paws Up
Greenough, Montana, USA 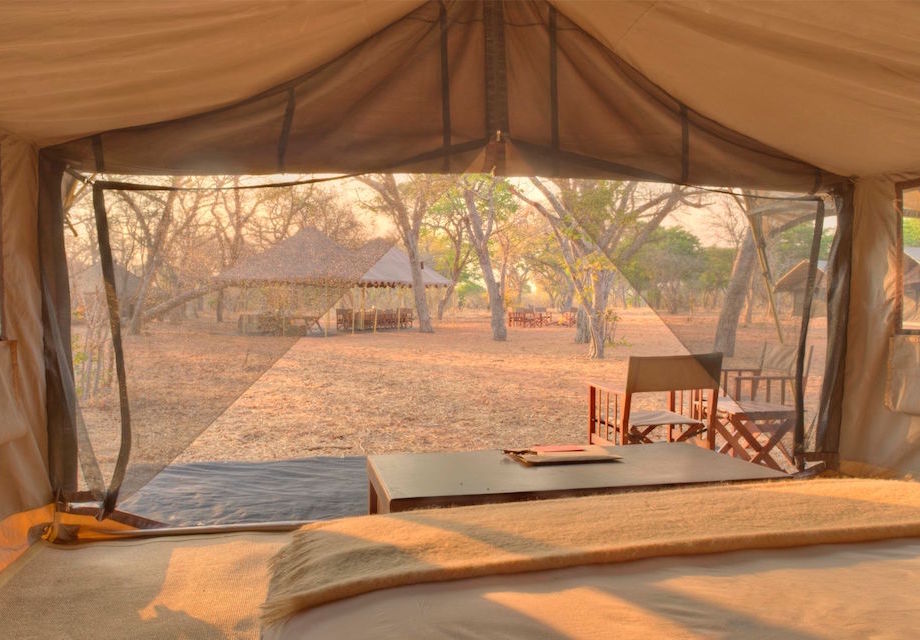 3 of 8
&Beyond Chobe Under Canvas
Chobe National Park, Botswana 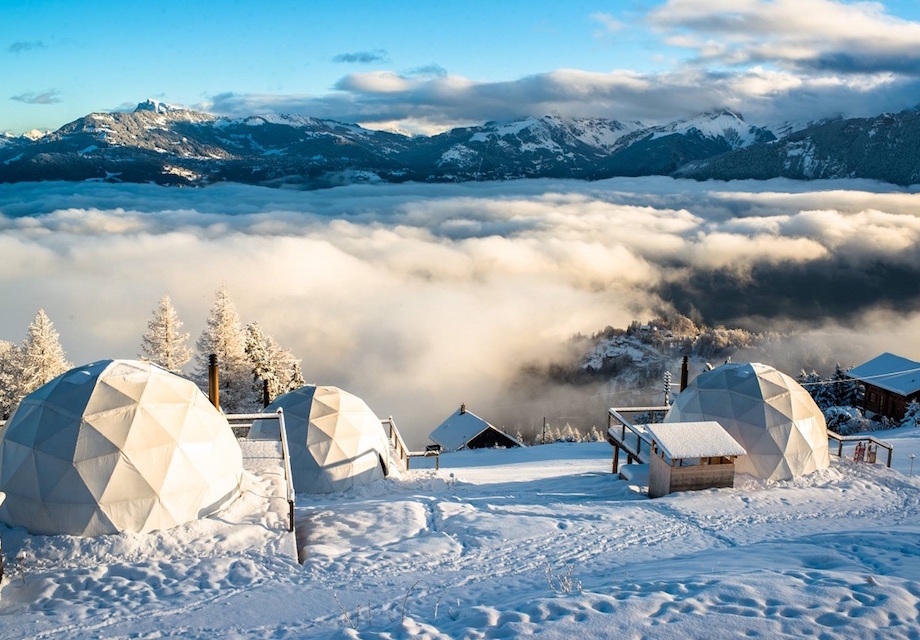 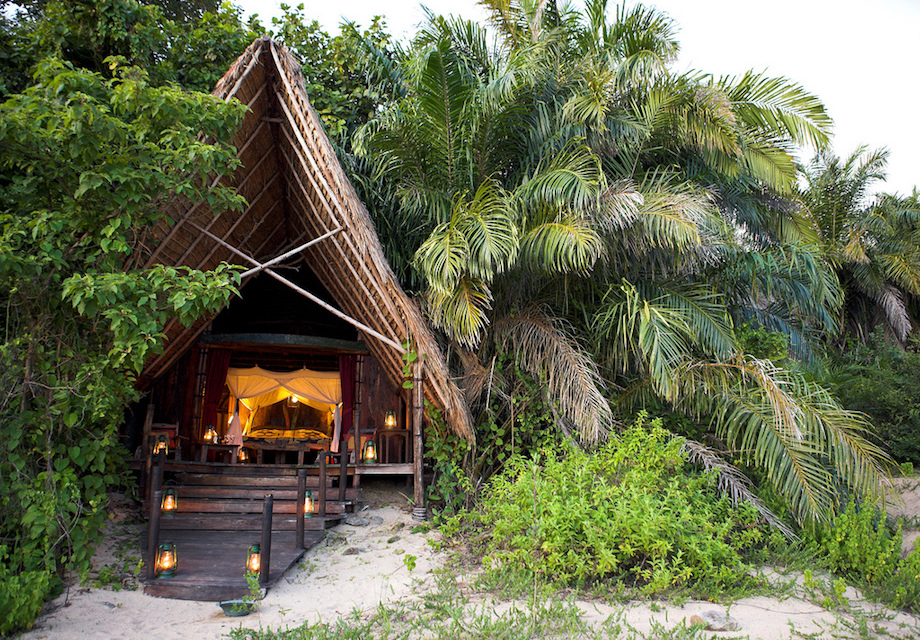 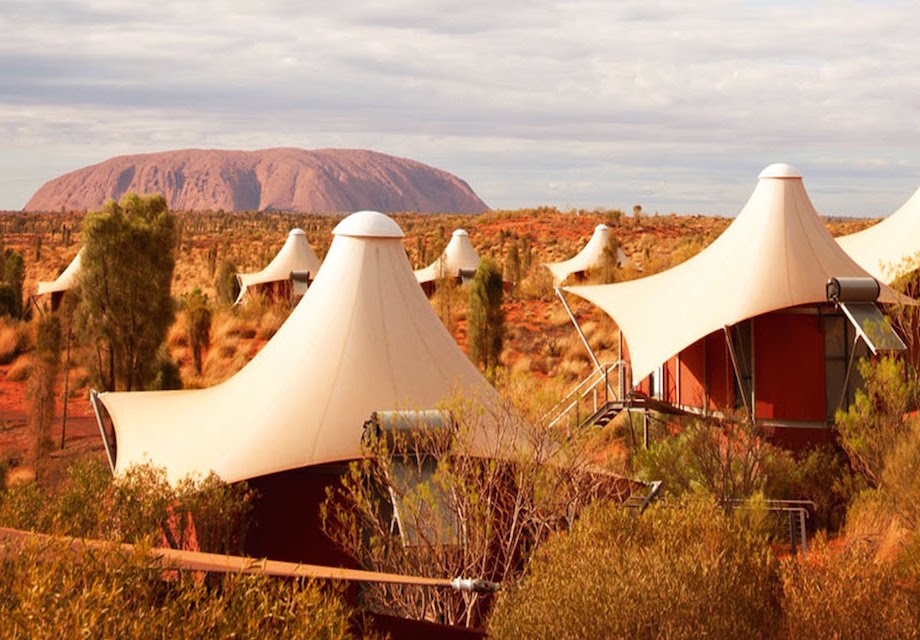 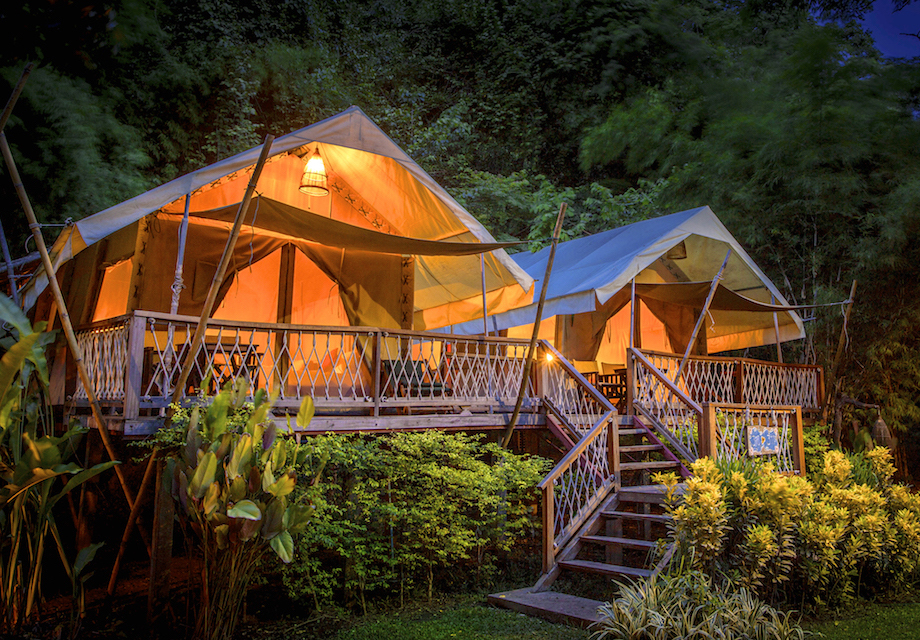 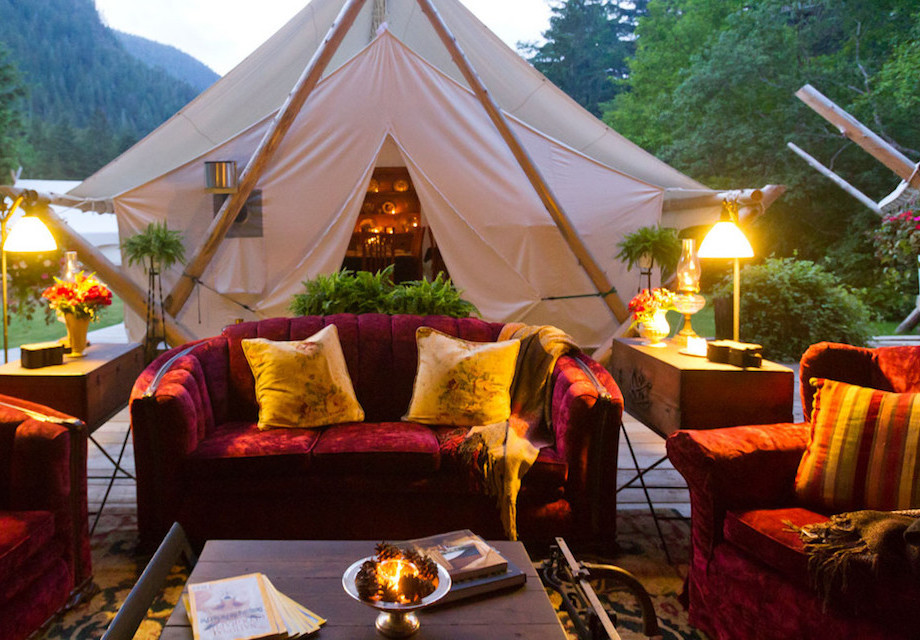