We’ve all been taught over the years to see carbohydrates as the enemy, and there’s no doubt that stuffing your face with potato chips all day won’t help your waistline. However, it turns out there are some healthy carbs you can enjoy without risking those gains. 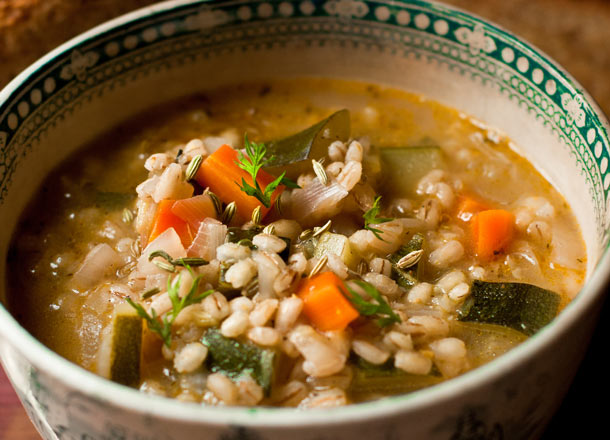 A study from Sweden discovered that boiled barley kernels can change bacteria in your gut, kickstarting your metabolism for the better. Researchers also found that this fibre-rich starch ‘decreases huger sensations’ so you won’t be reaching for a cheeky chocolate come 3pm. Barley goes great in pancakes, salad and soups. 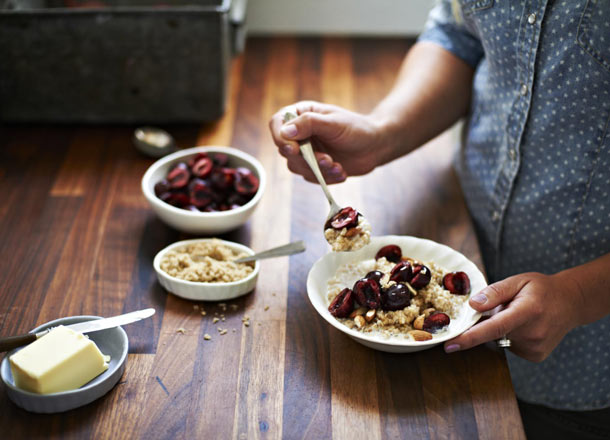 If you’re looking to warm yourself for the inside out this winter then you can do it guilt-free with oatmeal. Los Angeles-based dietitian and entertainment nutritionist Shira Lenchewski is a huge advocate for oatmeal. She says that oatmeal’s complex (good) carbs not only fill you up, but they’ll make you less likely to binge at lunch. Hint: steer clear of oatmeal brands with added sweeteners and flavours. 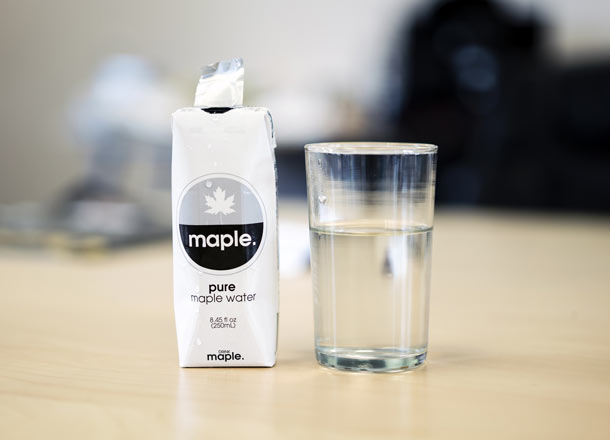 “Although coconut water seems to get all the attention these days, maple water is some healthy competition,” says Lenchewski. In fact, maple water contains half the sugar of coconut water and only about 20 calories per 8-oz serving. It’s all packed full of nutrients like manganese, iron and calcium perfect for replenishing fluids post-workout. 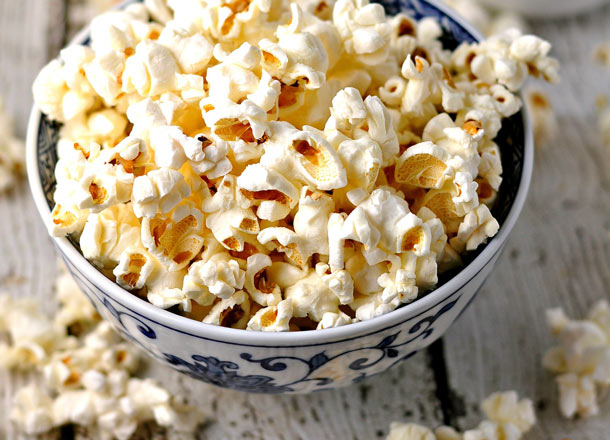 Ditch the potato chips and get stuck into some popcorn next time you’re having carb cravings. In a study that compared the short-term satiety of popcorn and potato chips, food and health researchers found that most volunteers reportedly felt less hunger and more satisfaction after eating popcorn. Satisfaction + eating less = less calories. 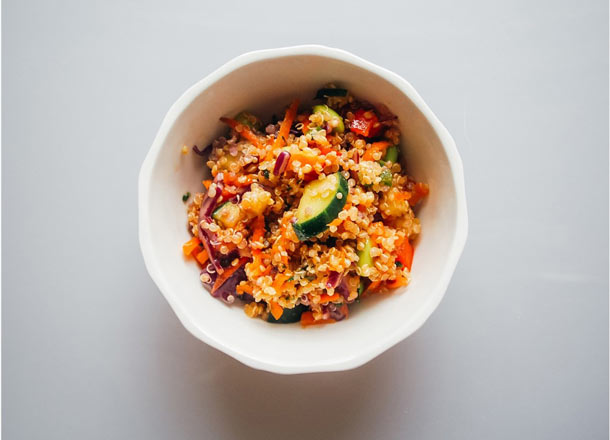 It’s a powerhouse grain that you’ve always struggled to pronounce, and spell, but it also contains nearly twice as much fibre as other grains. That means the fibre gets released much slower into the bloodstream, keeping blood sugar levels balanced and increasing your metabolism. Quinoa is also naturally gluten-free and produces lower free fatty acid levels which is linked to insulin resistance. 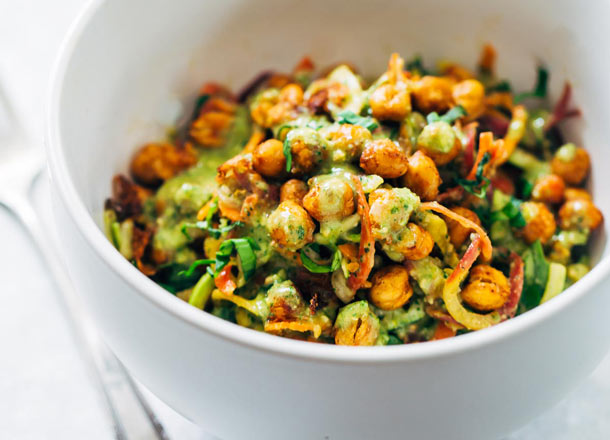 Loaded with fibre and protein, a 2014 study found that eating pulses like chickpeas can prevent overeating and help keep weight regulated. Tip: roast soaked chickpeas 375 degrees for 40 minutes, add 3 tablespoons of oil your favourite spices for an addictive snack. 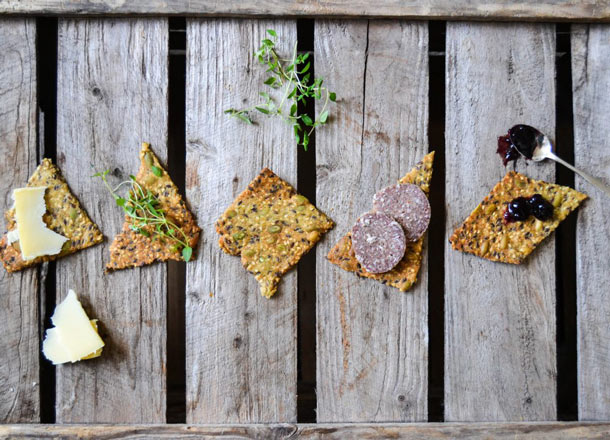 Instead of binging on that overpriced avocado on sourdough at the cafe, go for whole-grain rye crispbread. It’s high in fibre, low in sodium and totally fat-free. In fact, Swedish researchers found that whole-grain rye bread ranked number one among the rye flours when it comes to controlling blood sugars and regulating appetite. 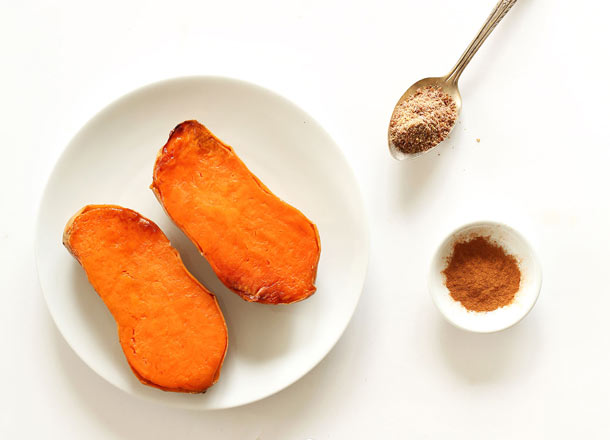 Sweet potatoes aren’t only the latest hipster food trend, they’re the perfect way to satisfy your sweet tooth and carb cravings in one go. Apparently, a medium-size sweet potato contains about 27 grams of carbs but they’ve been shown to increase levels of adiponectin, a hormone that regulates blood sugar, and also encourage a faster metabolism. 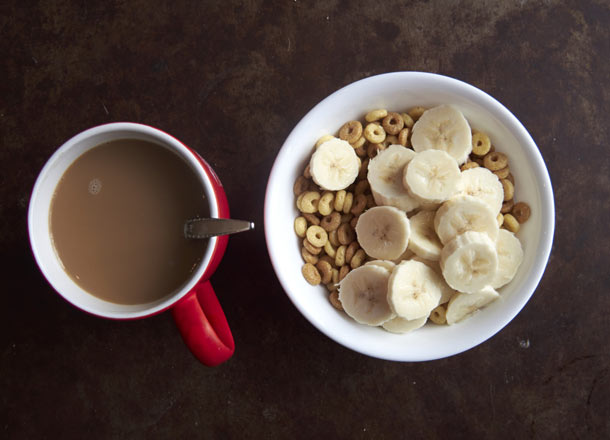 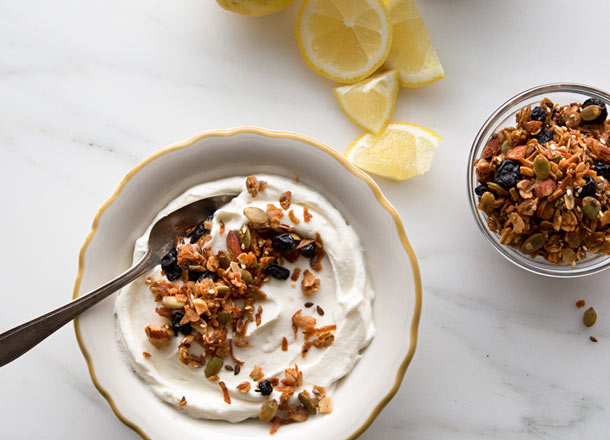 You might not think greek yoghurt is a typical carb, but its naturally occurring milk sugars (a.k.a. simple carbs) aren’t as bad as they sound. Research has found that consuming probiotic yogurt can reduce your BMI and body fat percentage. Apparently, greek yoghurt provides a powerful combination of natural sugar and satiating fat as well as a massive punch of protein. If you eat it, along with a low-calorie diet, “…the healthy fats and protein can prevent blood sugar levels from dropping, which will help keep sugar cravings at bay,” says Lenchewski.