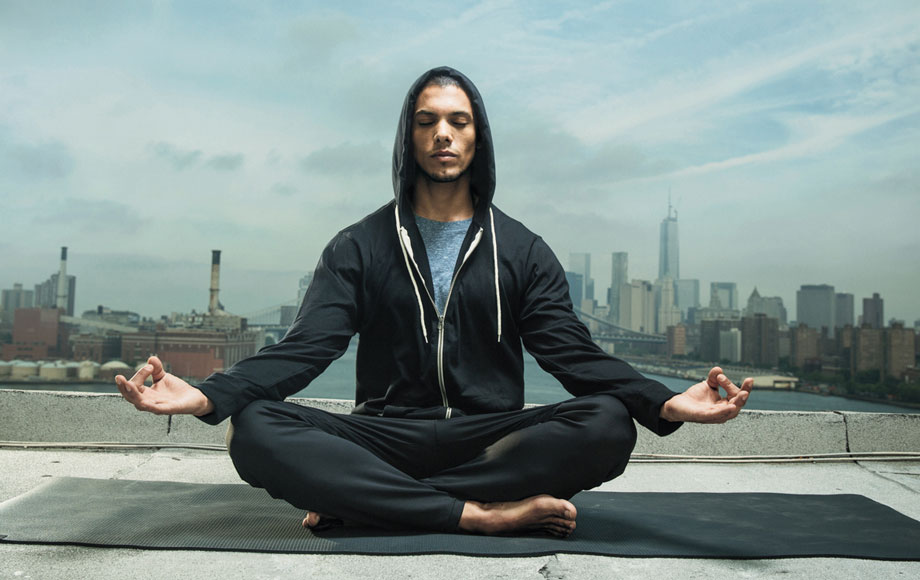 We navigate much of life on autopilot. Which is fine, sometimes. Your morning shower, commute or queue for coffee need not be memorable. But no one wants to be a no-show – cerebrally speaking – when taking in the view from a mountaintop, conversing with your significant other or indulging in a meal that you or, more pressingly, someone else has bothered to prepare.

Alas, our ability to mindfully participate in such stuff-of-life moments is oft-thwarted by a wandering (or wondering?) cluttered conscience, where memories past (bet I misspelt my boss’ name in that email… was that the last of the milk this morning?) and fears future (How can I possibly meet my deadline? Will I make it home in time for Game of Thrones?) play on loop, shrouding our conscious in a fog scarcely lucid enough to dodge oncoming pedestrians.

On the topical (perhaps, pedestrians considered, life-saving) idea that we should strive to be more present, Eckhart Tolle, author of The Power of Now, posited this solution: “Here is a new spiritual practice for you: don’t take your thoughts too seriously,” and now science says we should abolish them completely – especially in the pursuit of creativity.

This was the theory recently ventured by neuroscientist Moshe Bar, director of the Multidisciplinary Brain Research Center at Bar-Ilan University and professor at Harvard Medical School, in an opinion piece for the New York Times. Moshe cites a study he conducted alongside graduate student Shira Baror, published in this month’s Psychological Science, in which the pair “demonstrate that the capacity for original and creative thinking is markedly stymied by stray thoughts, obsessive ruminations and other forms of ‘mental load’.”

Their series of experiments saw participants undertaking a free-association task while simultaneously remembering a sequence of numbers. Half the participants were asked to remember seven digits, the other half only two. Keeping these to mind, they were posed with words (such as ‘table’) and asked to quickly respond with the first word that came to them (some might say, ‘chair’). Those with the string of seven numbers crammed in their craniums came back with decidedly less creative, “statically common” responses (“white/black”), while those with two digits gave more unique couplings (“white/cloud”).

“These experiments suggest that the mind’s natural tendency is to explore and to favour novelty, but when occupied it looks for the most familiar and inevitably least interesting solution,” writes Moshe. Which poses quite the conundrum, with our modern minds as occupied as an aeroplane toilet after two hours of turbulence.

Day-to-day life has us filling our heads with all manner of things – be it memorising the contents of your fridge, agonising over the imagined misinterpretation of an emoji or desperately trying to recall that person’s name (thank you, Facebook). Then there’s daydreaming, fantasising and, on a more compulsive note, stress and paranoia to contend with.

“Honing an ability to unburden the load on your mind, be it through meditation or some other practice, can bring with it a wonderfully magnified experience of the world — and, as our study suggests, of your own mind,” advises Moshe, himself having taken to an annual week of silence at a meditation retreat.

For some focus of the less gung-ho variety, try turning your attention to your breathing, your footsteps and the beauty that surrounds you. Ditch the dated Descartes’ “I think, therefore I am” for En Vogue’s naughties pop-mantra: “Free your mind and the rest will follow” (we’ve come a long way since 1637). Give your brain a break and let the other senses bask and roll around in the glow of this very moment. You never know what might spring to a clean mind.