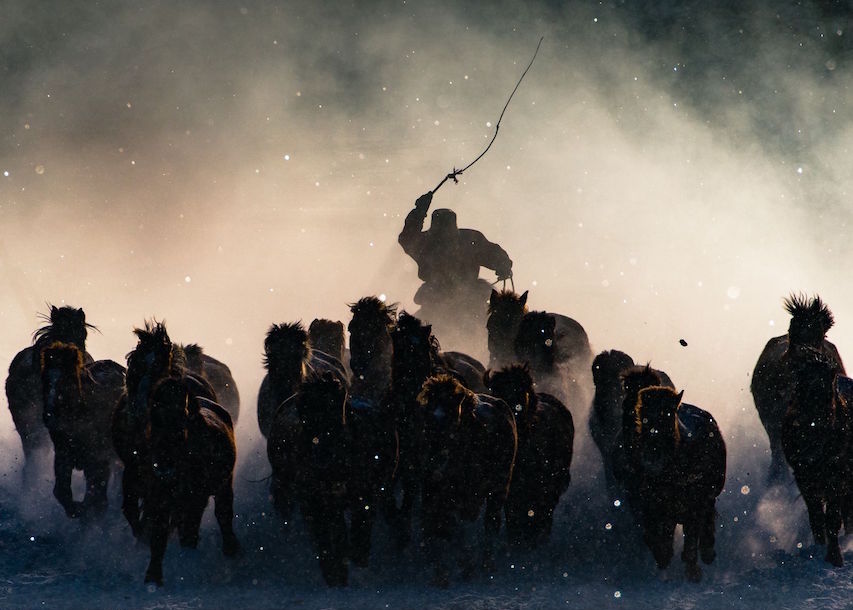 A photographer from Hong Kong has claimed first prize in the 2016 National Geographic Travel Photographer of the Year Contest. Anthony Lau secured the prestigious title with a photograph of a Mongolian horseman in action.

“The snow was getting heavier, the wind was getting stronger, the morning snow was getting thinner and the light was moving away from its optimal position,” Lau said in a statement. “I knew I only had a couple of shots to get the best out of this encounter. With a bit of luck, one of my final attempts managed to capture the moment when one of the riders charged out from the morning mist along with his horses.”

Lau’s prize is a seven-day Polar Bear Photo Safari for two at Churchill Wild – Seal River Heritage Lodge, a National Geographic Unique Lodge of the World, where he will head out on guided excursions to photograph polar bears and other wildlife.

The contest also recognises the best photographers in the categories of nature, people, and cities. Lau’s image took the top spot in the people category and two Japanese photographers, Takashi Nakagawa of Tokyo and Hiroki Inoue of Hokkaido, won in the cities and nature sections, respectively.

Get inspired by the winners, runners-up, and honorable mentions in the gallery above. Each image is accompanied by a caption from the photographer. 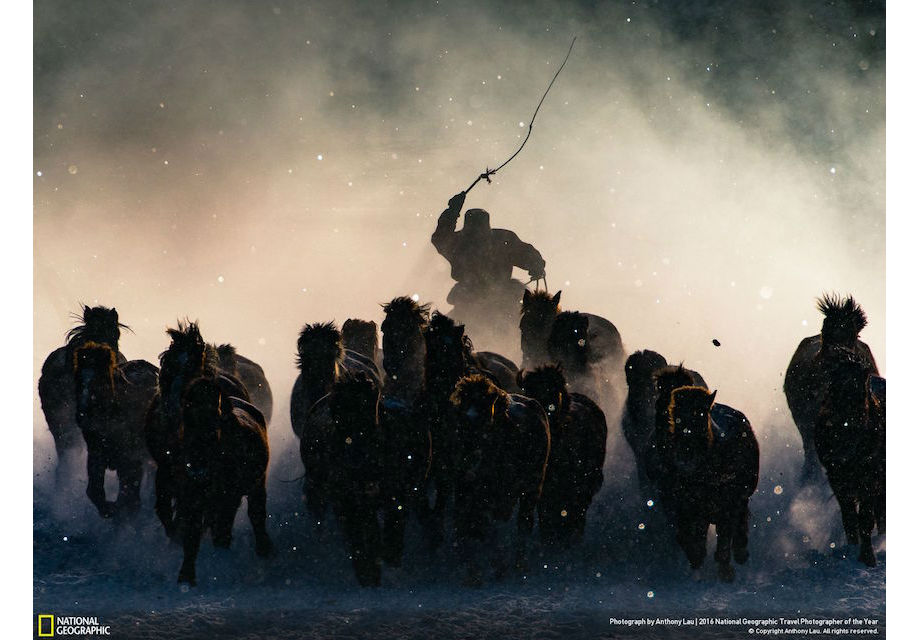 1 of 12
GRAND PRIZE WINNER: Winter Horseman by Anthony Lau
The winter in Inner Mongolia is very unforgiving. At a freezing temperature of minus twenty and lower, with a constant breeze of snow from all direction, it was pretty hard to convince myself to get out of the car and take photos. When I saw Inner Mongolia horsemen showing off their skills and commanding the steed from a distance. I quickly grabbed my telephoto lens and captured the moment when one of the horseman charged out from morning mist. 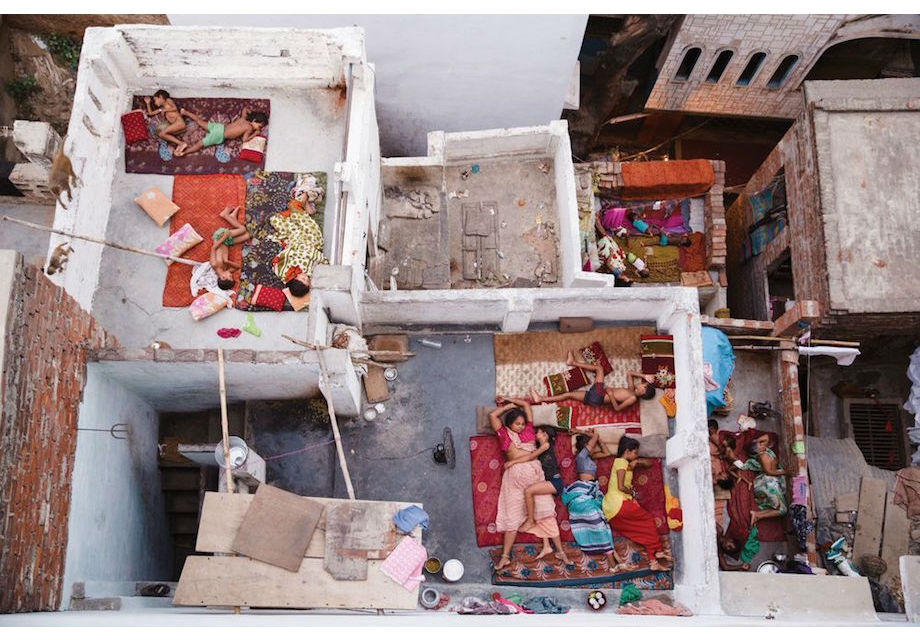 2 of 12
SECOND PLACE WINNER, PEOPLE: Rooftop Dreams, Varanasi by Yasmin Mund
It was 5:30 a.m. and I had just arrived in Varanasi, India, off a sleeper train. I got to my guesthouse and instinctively climbed the seven flights of stairs to see the sunrise over the famous Ganges River. As I looked over the side of the rooftop terrace, my jaw dropped in disbelief. Below were mothers, fathers, children, cats, dogs, and monkeys all sleeping on their roofs. It was midsummer in Varanasi and sleeping without air-conditioning was pretty difficult. Can you spot the curry? 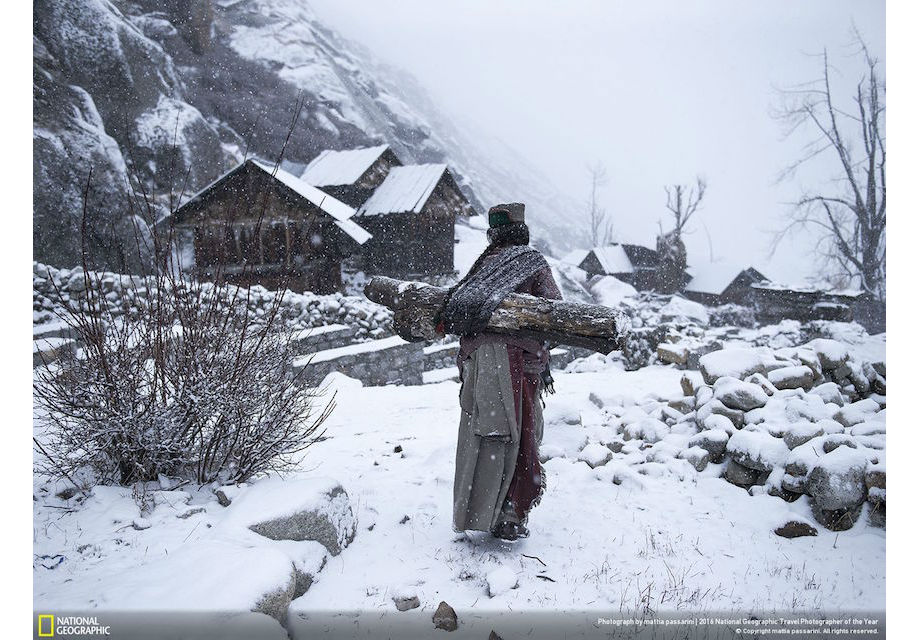 3 of 12
THIRD PLACE WINNER, PEOPLE: Remote life at -21 degree by Mattia Passarini
An old woman in a remote village in Himachal Pradesh, India, carries a big log back home to warm up her house. 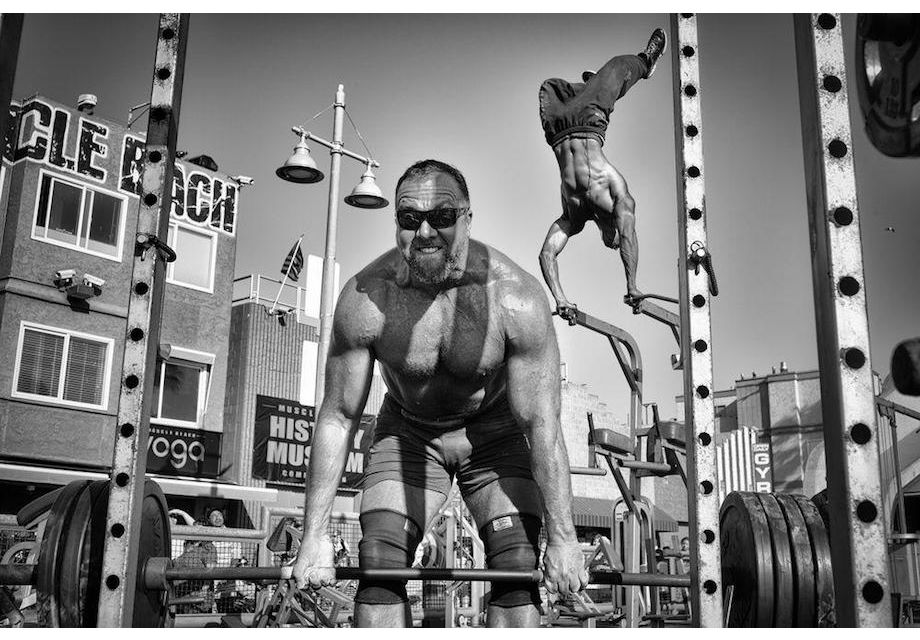 4 of 12
HONORABLE MENTION, PEOPLE: Muscle Beach Gym by Dotan Saguy
A weightlifter lifts a barbell loaded with heavy plates while a bodybuilder performs an aerial handstand at the Muscle Beach Gym in Venice Beach, California. 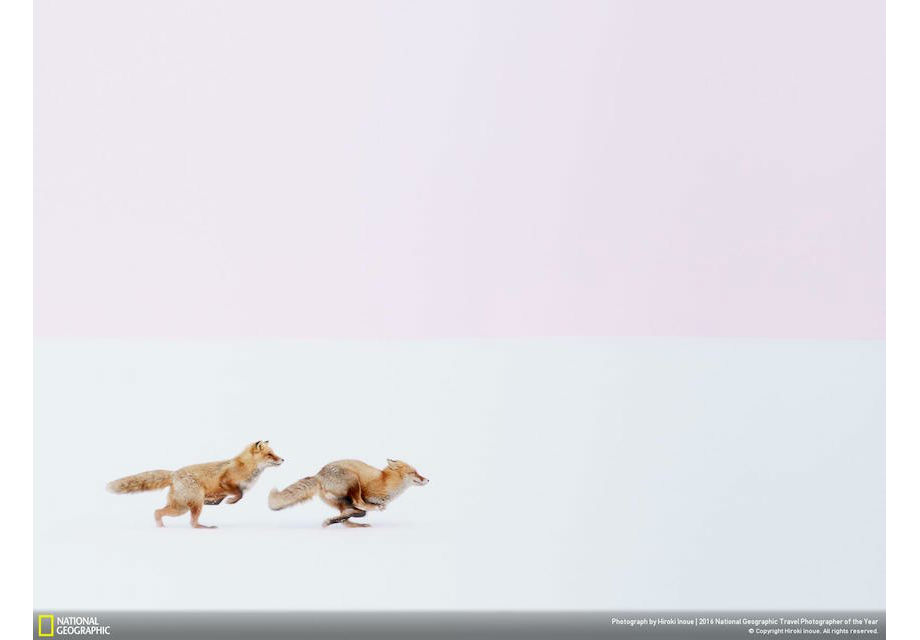 5 of 12
FIRST PLACE WINNER, NATURE: Wherever you go, I will follow you!! by Hiroki Inoue
It was when I drove back home feeling disappointed with the fact that I had finished the day in vain without any anticipated subject that I heard the joyful voice from the car window like “quack, quack!” There they were: red foxes. Around the end of the winter, they meet the season of love; they care for and love each other enough to make us jealous. 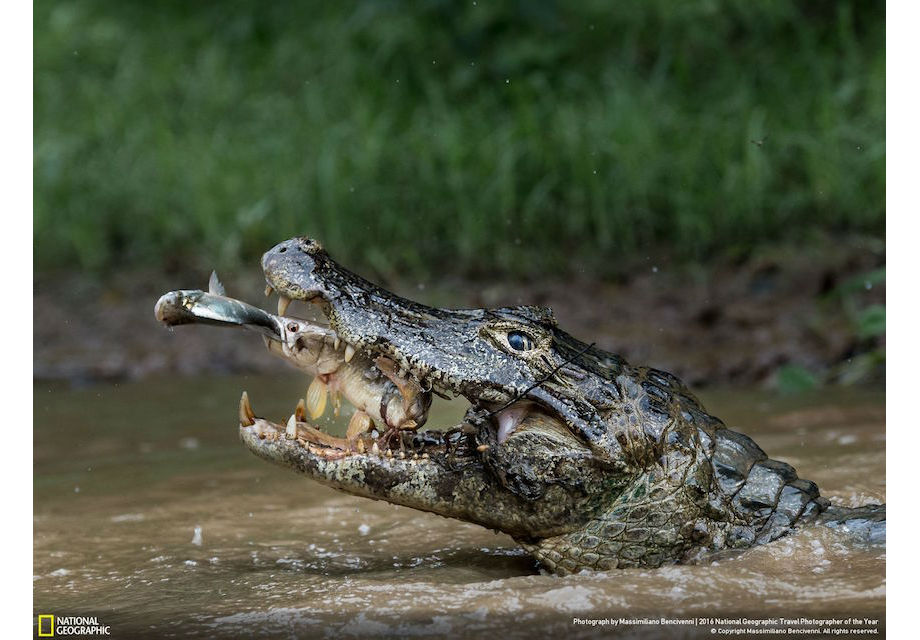 6 of 12
SECOND PLACE WINNER, NATURE: Double trapping by Massimiliano Bencivenni
I was in the Brazilian Pantanal along the Rio Negrinho. I realized that the river, at certain points of the loops, created places where there were many yacare caimans. I saw a yacare sink suddenly, and I immediately looked for the best location to photograph when it resurfaced. The whole thing lasted only a fraction of a moment. 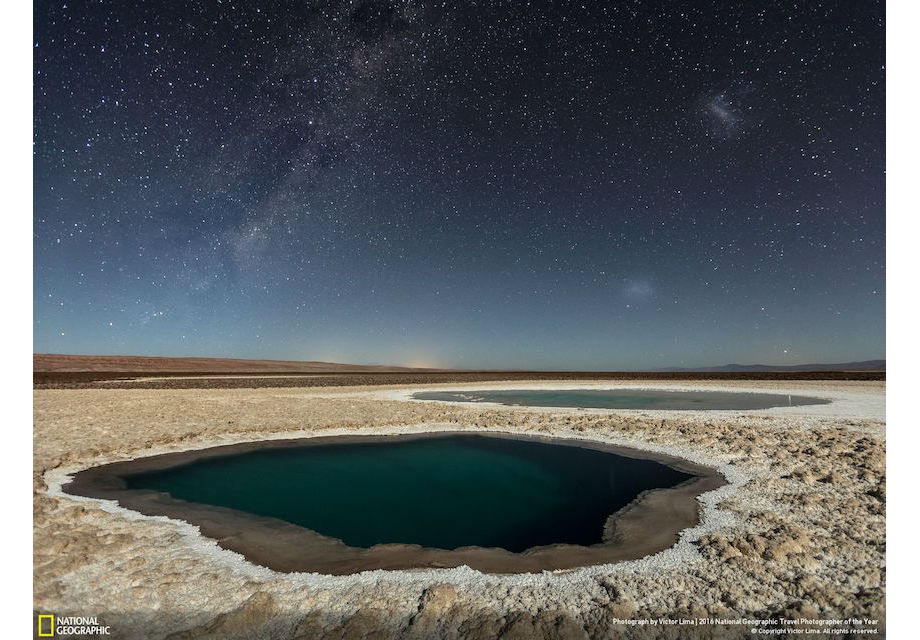 7 of 12
THIRD PLACE WINNER, NATURE: Lagunas Baltinache (Atacama Desert) by Victor Lima
I made this photo during my recent photographic expedition in Atacama Desert, in April 2016. I embarked alone on this adventure to find images not yet published of the most arid desert in the world and its contrasts. Despite the Atacama Desert being one of the best places on the planet to do night photography. Therefore, I sought one of the places recently discovered in the Atacama Desert and one that shows all the contrast of this desert to make night shots: the Baltinache Ponds. 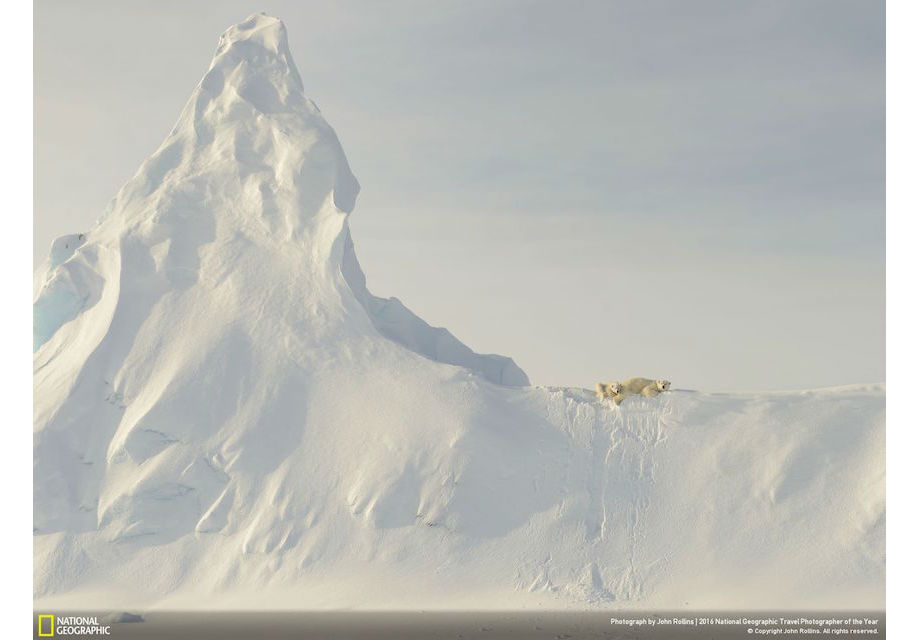 8 of 12
HONORABLE MENTION, NATURE: Bears on a Berg by John Rollins
The location is on the sea ice in Davis Straight, off the coast of Baffin Island in the Canadian Arctic, on April 2, 2016. This mother polar bear and her yearling are perched atop a huge snow-covered iceberg that got socked in when the ocean froze over for the winter. To me, the relative smallness of these large creatures when compared to the immensity of the iceberg in the photo represents the precariousness of the polar bear's reliance on the sea and sea ice for its existence. 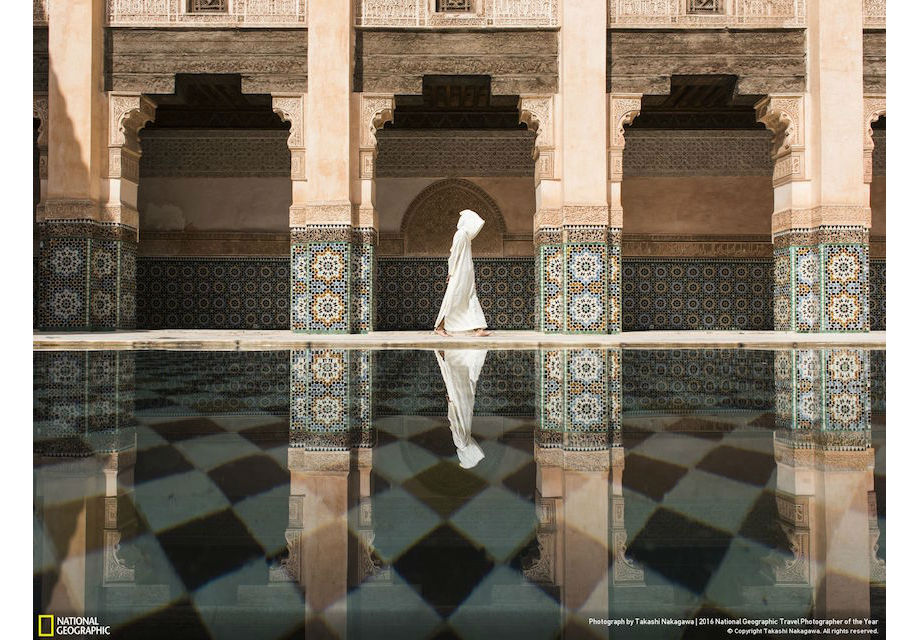 9 of 12
FIRST PLACE WINNER, CITIES: Ben Youssef by Takashi Nakagawa
Marrakesh is an exciting city for any traveler, but I was tired of walking on the crowded street and being asked for money from local people, so I was looking for a place to settle down. Even though there were a lot of people in Madrasa, it was still a more quiet and relaxing place than outside. Suddenly a beautiful reflection appeared on the shallow pool when I was taking a rest. It was a cloudy day so I could only see it when the wind stopped blowing and sunlight hit this Islamic architecture. 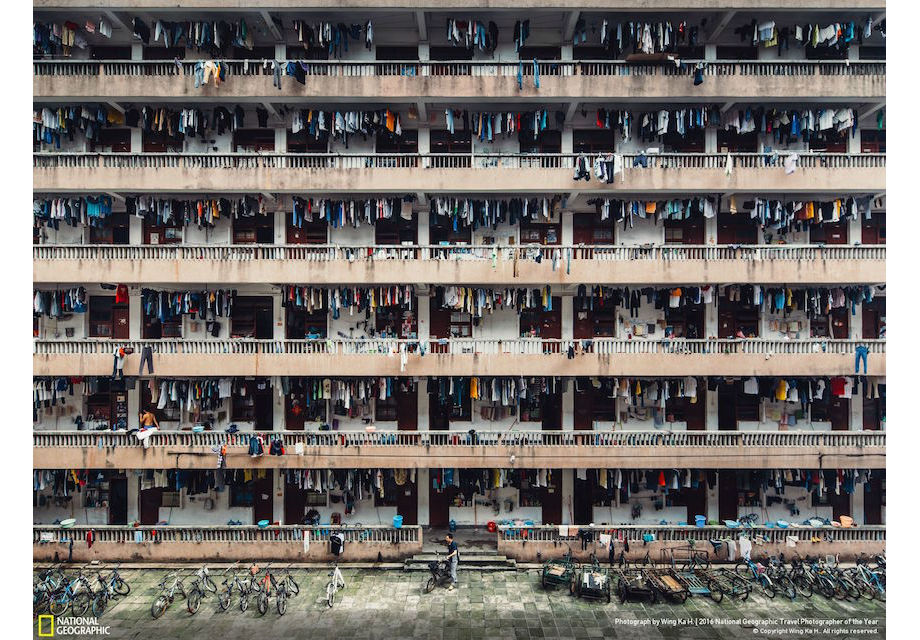 10 of 12
SECOND PLACE WINNER, CITIES: Silenced by Wing Ka H.
This photo was taken on my last trip to Guangzhou, China. This place is the school dormitories of South China Normal University. When I was hanging around, most of them were taking a break. After lunchtime, they needed to go back to study. 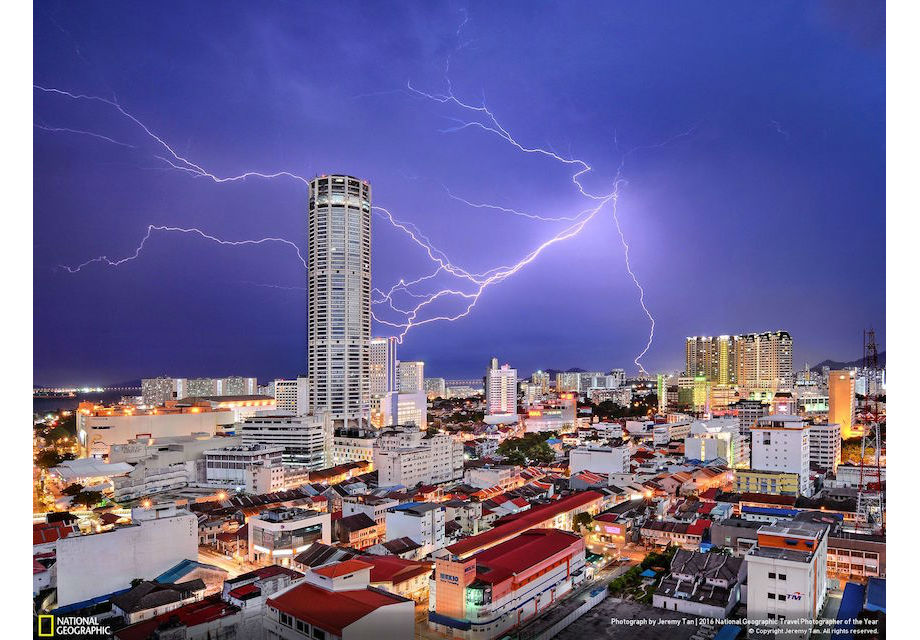 11 of 12
THIRD PLACE WINNER, CITIES: Celestial Reverie by Jeremy Tan
Lightning seemingly strikes Komtar Tower, the most iconic landmark of George Town, capital of Penang state in Malaysia, during a thunderstorm. It is symbolic of the rejuvenation that the city, famous for a unique blend of centuries-old buildings and modern structures, has enjoyed in recent years. While many of its old neighborhoods fell into neglect in the 1990s and early 2000s, a UNESCO World Heritage listing in 2008 sparked a transformation. 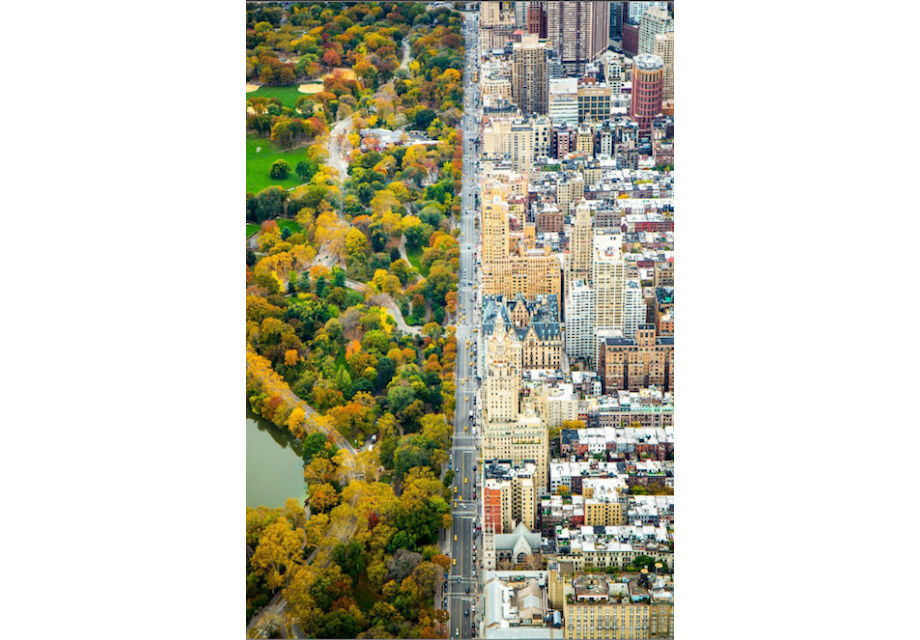 12 of 12
HONORABLE MENTION, CITIES: Divide by Kathleen Dolmatch
From a doorless helicopter looking south on Central Park West, dividing the architecture and Central Park, on November 5, 2014, a day before my 27th birthday. The flight was my birthday gift.