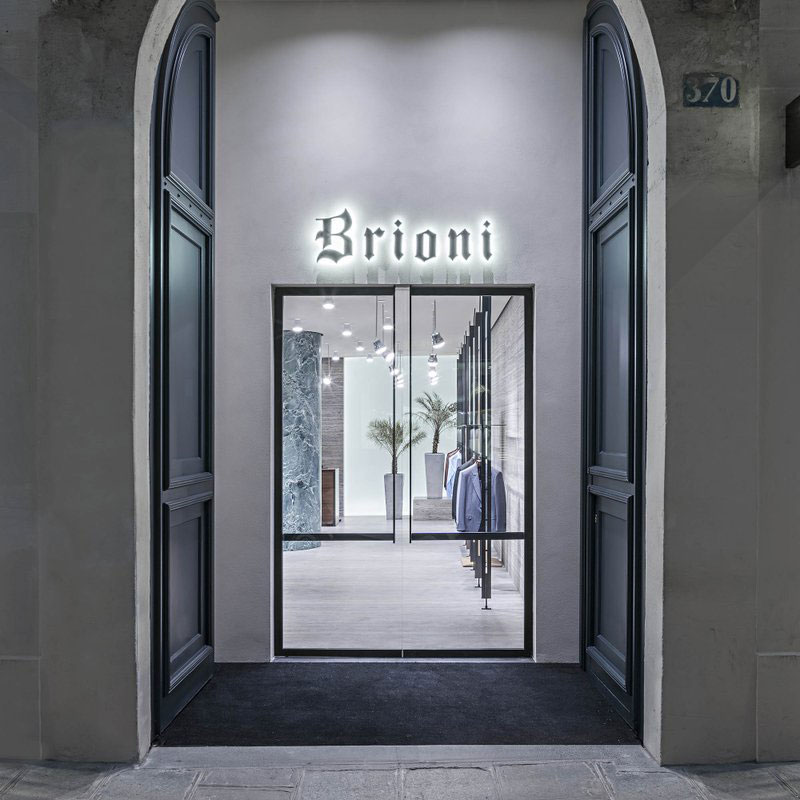 It’s taken the Italian menswear label a whole year of design and preparation work for this day to arrive but it looks to have paid off. Brioni have opened the gates to their drastically revamped flagship store on Paris’ label-laden Rue Saint-Honoré with the help of designer David Chipperfield.

The fresh design falls in line with Justin O’Shea‘s shake up of the brand and pushes the idea of a ‘gallery of clothes’ and a ‘destination point’. The design criteria required Chipperfield to create a store concept that merged the brand’s Roman roots and tailoring heritage with O’Shea’s future vision.

RELATED: How To Get Justin O’Shea’s Style

Most notably the Brioni font has changed from the classic calligraphy style to the new medieval gothic font, which blends perfectly with the recently announced Metallica ambassadorship.

Inside the store guests will find stark white walls combined with grey travertine floors and experimental interior appointments such as a series of transparent metal mesh partitions to create the effect of openness.

The store is split across two levels and joined with a giant staircase which leads into three areas – the main store, the VIP area and the changerooms.

Brioni said in a statement that “the idea behind the store display furnishing is that it should be adaptable and flexible, positioned in such a way that the store architecture becomes the background of the products.”

O’shea himself described the new concept store as “a cool mix between branding, design and retail…and definitely one of the most beautiful stores I have ever seen.” 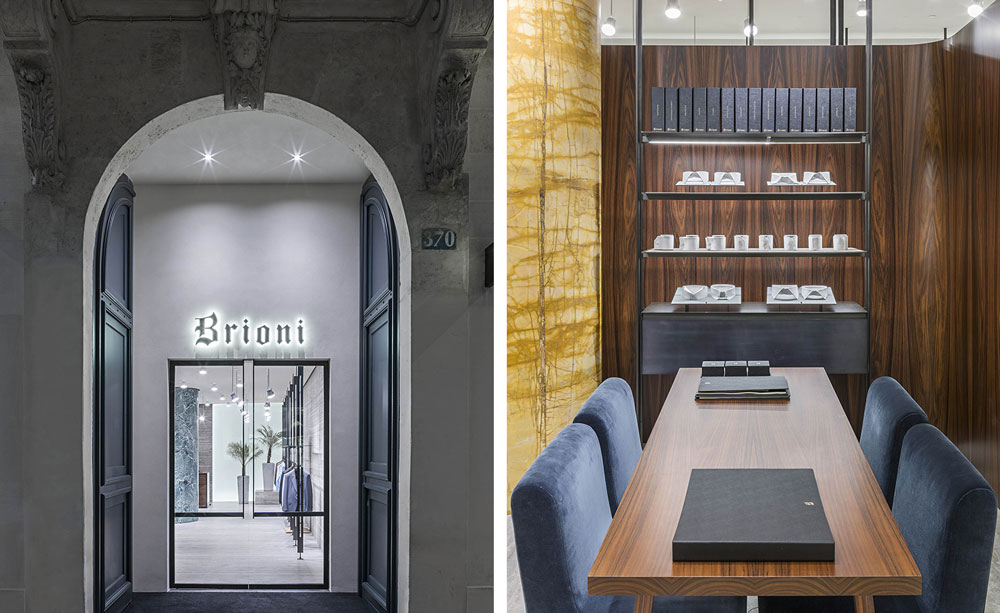 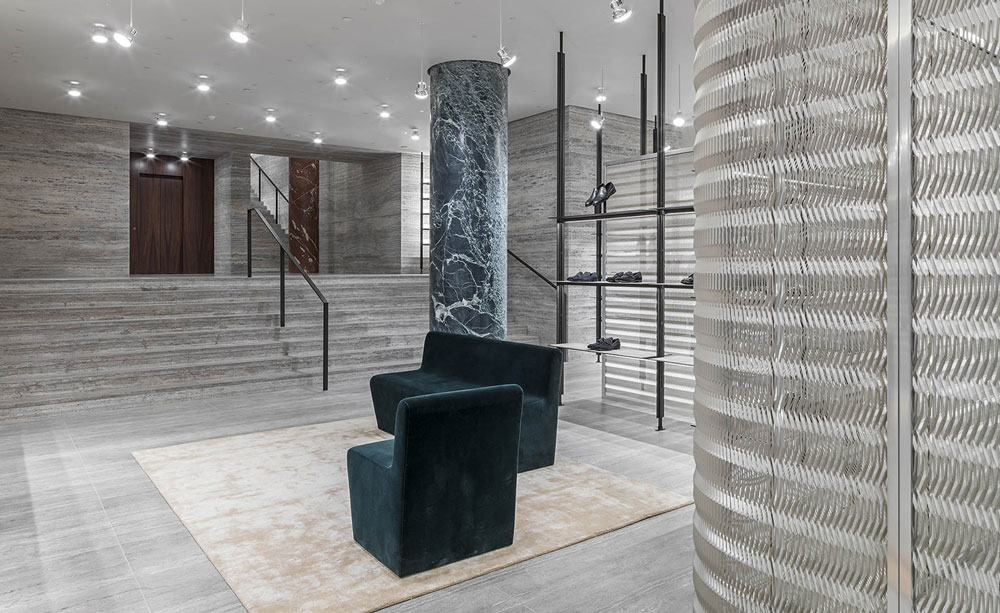 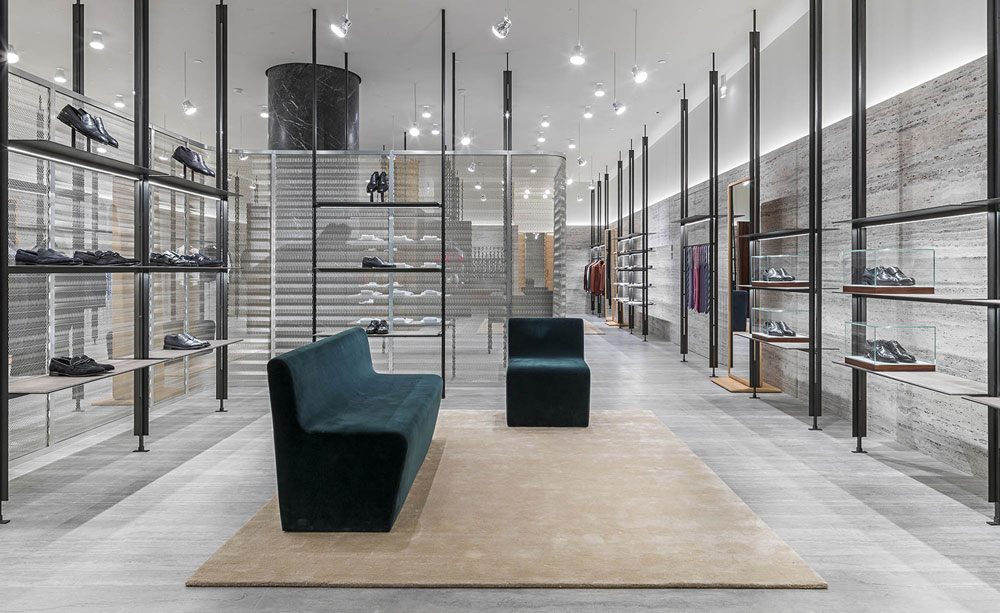 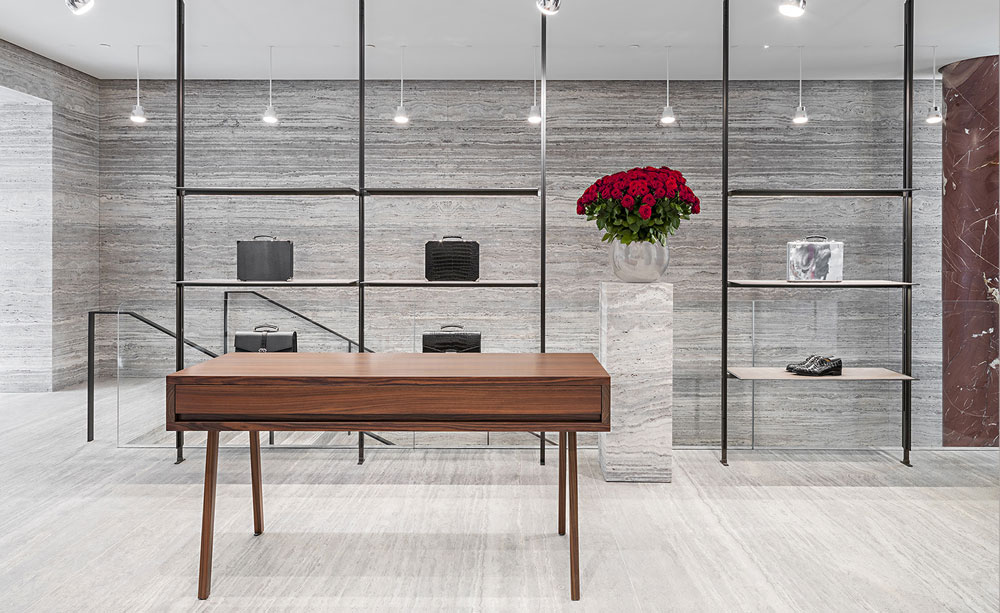