The Gentleman’s Guide To Cuba 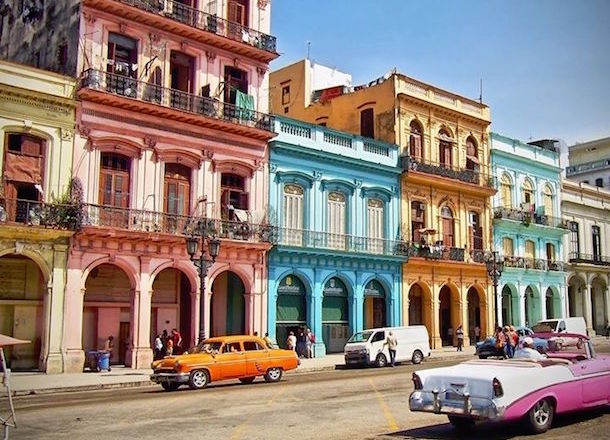 Cuba is a country of maddening, magical contradictions.

Step onto its shores and you’ll feel trapped in a time warp. Classic American cars rumble through the streets. Mystical babalawos offer glimpses into the future. Internet access is spotty, and expensive when you can find it. The weathered architecture has seen sturdier days, though each crumbling facade enchants in its own way.

Will you seek beyond those surface layers? Go deeper and you’ll enter a nation of rich history, abundant natural beauty, and exuberant culture. Meticulously preserved colonial towns stun with nostalgic beauty. Outside urban boarders, a landscape of mountains, forests, and white sand beaches awaits. Music and dance are eclectic, dynamic, diverse – with styles imported from Africa, Spain, Jamaica, and native Taíno tribes. Local rum and cigars are some of the finest to be found anywhere in the world.

It’s these vibrant dichotomies that make the Caribbean’s largest island such an intriguing place. With travel restrictions lessened, now is the time to visit – perhaps your last chance to see the country untouched by serious tourism. Read on for our guide to Cuba, a confounding, astonishing, endlessly fascinating addition to your bucket list.

If this is your first time travelling to the República de Cuba, you have questions. Is it safe? Do I need a visa? When should I go? Our digital guidebook begins with the basics you need to know to survive and thrive during your stay.

A tourist card (not to be confused with a visa) is required for travellers from most nations. The card is valid for 30 days, which can easily be extended once you’re in Cuba. Some airlines hand out free tourist cards en route. If yours does not, one can be purchased ahead of time from a travel agency or airline office.

Citizens of a handful of countries may visit Cuba with only the tourist card for up to 30, 60, or 90 days. For everyone else, a visa is required. Check with your consulate or embassy before making travel arrangements.

Cuba’s high seasons run from November to March, when the weather is cooler and drier, and July to August. April and October are transitional times, when speacial off-peak deals may be found. May, June, and September to November are the least popular times for travel to Cuba, due to the higher risk of rain and hurricanes. Some resorts offer fewer facilities during these months, and others shut down altogether.

Cuba has two currencies, convertibles (CUC) and pesos (CUP). At the time of writing, 1 CUC is worth 26.5 CUP. Non-Cubans deal almost exclusively in convertibles, while locals stick to pesos. Changing Cuban currency can only be done in Cuba.

Right now you’re thinking, “That’s confusing. I’ll just use credit cards instead”. Think again. While the country is making moves to be more plastic-friendly, it’s still nearly a 100% cash economy. And make sure you keep a stash of that cash on hand for tipping. Tipping is an extremely important practice in Cuba, so do so liberally. Be sure to tip in CUC, when even a small amount makes a large difference to a local who earns in CUP.

Travellers generally have no serious health concerns when staying in Cuba, as long as they avoid drinking tap water. All foreign visitors are required to have medical insurance in order to enter the country and may be asked to show proof of coverage upon arrival.

Access to the World Wide Web is notoriously hard to come by in Cuba. Higher-end hotels may have wi-fi and you’ll find the occasional internet cafe, but the connection will likely be slow and come at a steep cost. Consider it encouragement to take that digital detox you’ve been putting off.

If those details don’t have you thinking twice, a Cuban adventure could be in the cards. The question is, where will that adventure take you?

As the largest and second-most populous island in the Caribbean, there is much to choose from. Cuba’s cities offer art, architecture, music, museums, and monuments. Immersed in the nation’s nature, there are opportunities for trekking, bird watching, tobacco plantation tours, scuba diving, and other watersports.

The country’s lively capital is most visitors’ first stop. Havana is energetic, provocative, and colourful, a microcosm of what’s in store elsewhere on the island. Many of Cuba’s main attractions are concentrated in the provinces to the immediate east and west of Havana, making it an easy home base for tourists.

For nature, head to prehistoric Viñales Valley. Many a jaw has been dropped by the lush agricultural region’s striking topography and atmosphere of serenity. Here you can marvel at the immense hills called mogotes, venture into a cave system, walk through a tobacco plantation, or simply experience a slice of everyday life in rural Cuba.

An entirely different experience is on offer at Veradero, the country’s premier holiday destination. Some call it a picture-perfect seaside paradise; others decry it as a characterless, un-Cuban tourist trap. Your mileage may vary, but if it’s a high-profile resort and 25km of blanched sand you’re looking for, Veradero is the place to be.

Trinidad is a must for history buffs. The small colonial city, a UNESCO World Heritage Site, is teeming with reminders of the island’s past. Centuries of architecture – from restored mansions to pastel-painted houses to manicured plazas – are on display along cobblestone roads. In these anachronistic streets, you’ll run into more horse-drawn carts than cars.

Other destinations of note include elegant Cienfuegos, spirited Santiago, and Camagüey, a UNESCO World Heritage Site that fully merits the honour.

Cuba’s revolutionary history is well-known. It’s culinary revolution, however, has largely flown under the radar. Recent years have seen an explosion of the country’s food culture. Ingredients are easier to find, professional standards are up, and the government has loosened its tough regulations on the restaurant industry. The results bode well for the future of Cuban cuisine.

Your best bets for inviting eating experiences are the paladares and casas particulares. The latter are homestays run by residents who rent rooms or full apartments to tourists. Like a bed and breakfast, a casa particular often serves breakfast as part of the rental price and other meals for additional fees. With any luck, your host will be a whiz in the kitchen and can whip up Michelin-worthy versions of local fare.

Paladares are Cuba’s intimate, in-home restaurants. The phenomenon sounds odd to an outsiders, but paladares are legal, plentiful, and frequently serve the island’s tastiest food. Expect to encounter a range of experiences. Paladares vary widely in ambiance, structure, clientele, cuisine, and food quality. Still, they’re a firm favourite with tourists and locals alike, and a trip wouldn’t be complete without trying your luck at one of their tables.

Any of the cities mentioned earlier is worth a visit. Each posseses its own charms and challenges, with sights and activities to please a variety of tastes. As to more specific destinations that are worth your while, popular options for your itinerary include:

Amidst the country’s sobering reminders of revolution, inadequate internet, and notoriously lengthy queues (think 30+ minutes for a 4-cent scoop of ice cream), you may forget a crucial piece of the puzzle: Cuba is fun.

The vivacious island nation overflows with memorable characters and stunning scenery. Those seeking respite can relax on one of its dreamy stretches of powdery, bone-white sand. Those seeking adventure can explore the Viñales Valley, trek up Pico Turquino, or venture into the untouched swampy wilderness of the Península de Zapata,

A country with this much spirit would be lost without its music, dance, and celebrations. Cuba has all three in abundance. While you won’t find the mammoth nightclubs or gritty dive bars popular in other places, you’ll won’t lack for chances to try your hand at singing or salsa. Popular events include the Havana Cigar Festival and Carnival in Santiago. Kitschy cabarets and flamboyant drag shows are favourites for more small-scale entertainments. Live music is never hard to find, nor is someone willing to instruct you in the steamy art of Cuban dance.

At the end of a long day, light up a Montecristo, pour a mojito, and marvel at the unique land you’ve had the opportunity to explore. Salud! 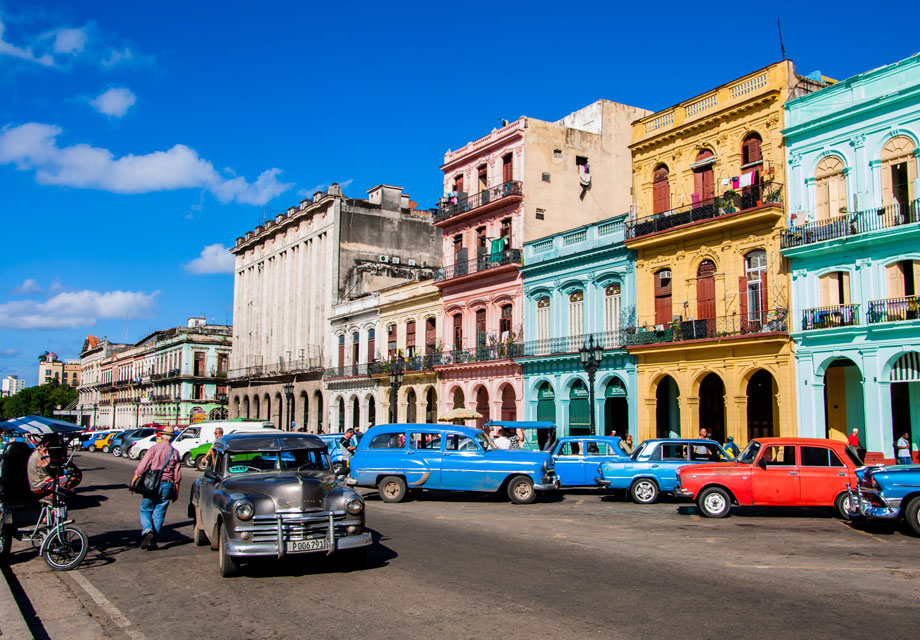 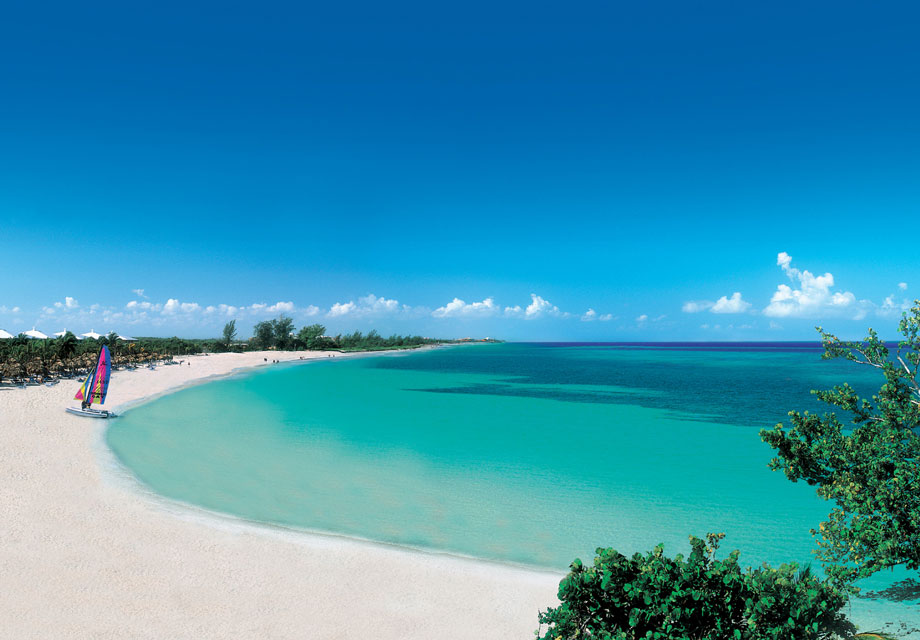 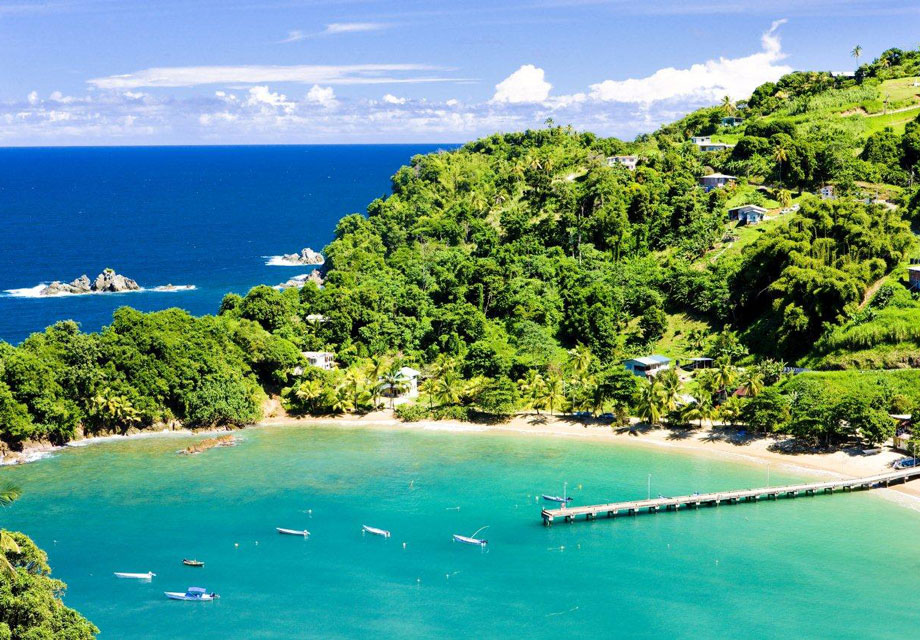 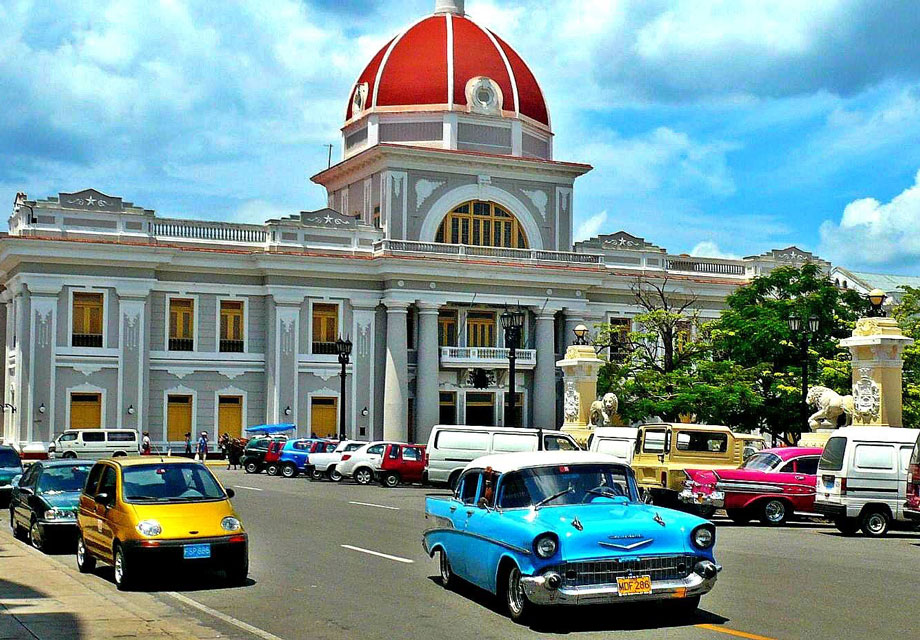 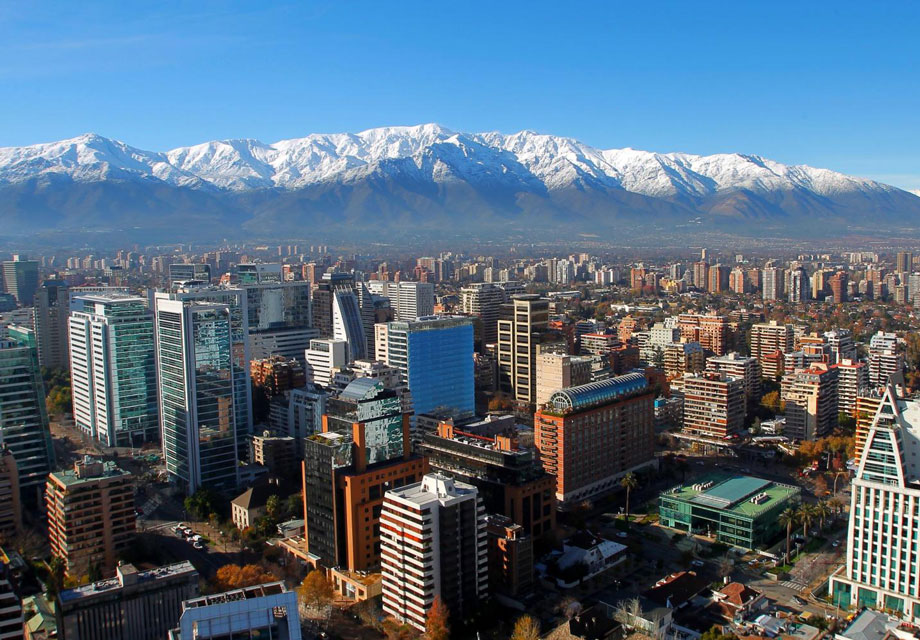 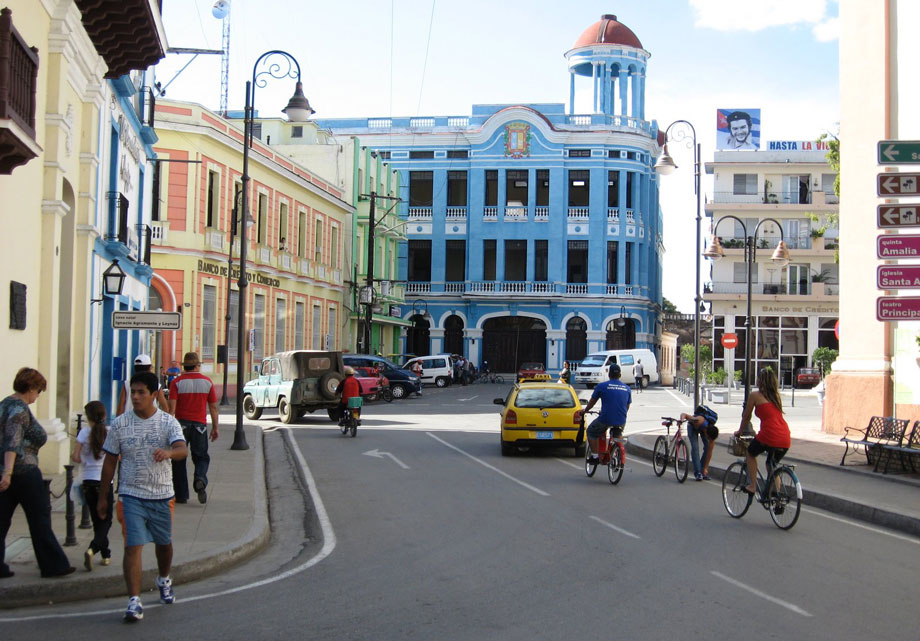 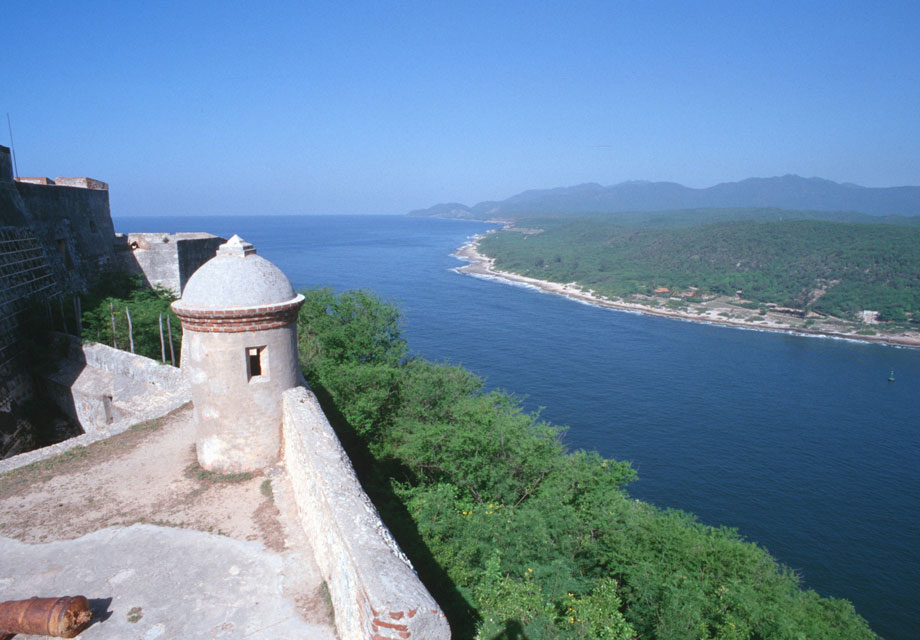 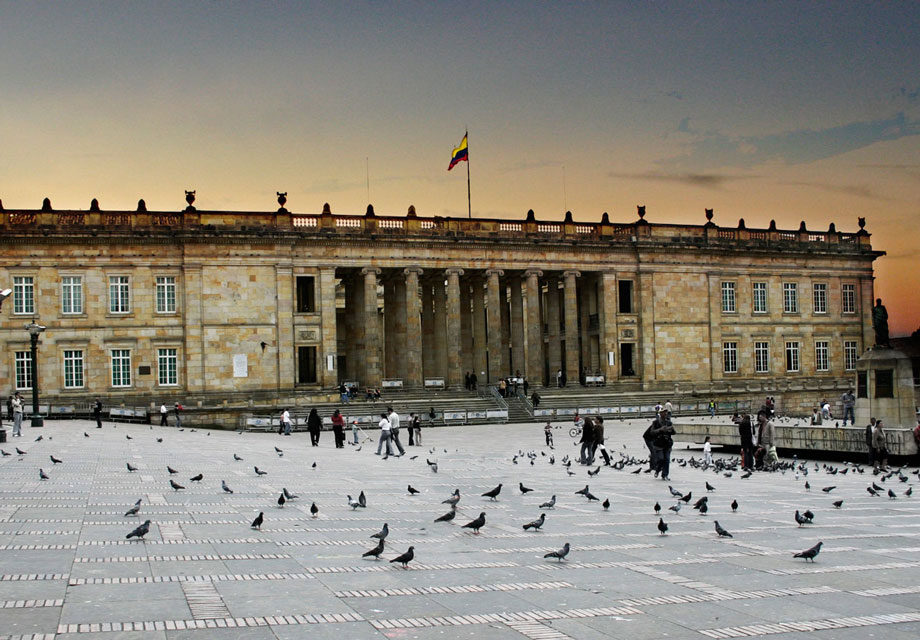 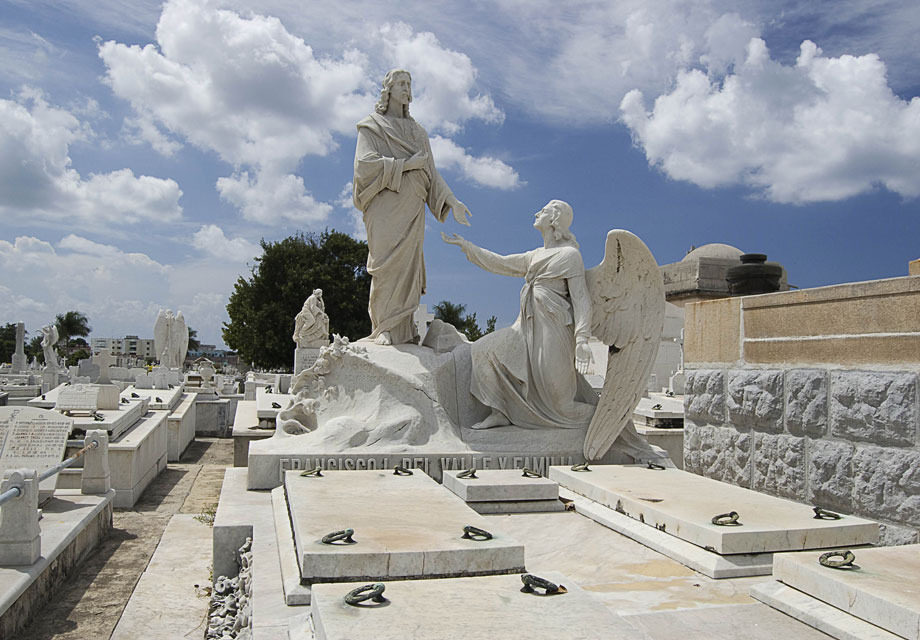 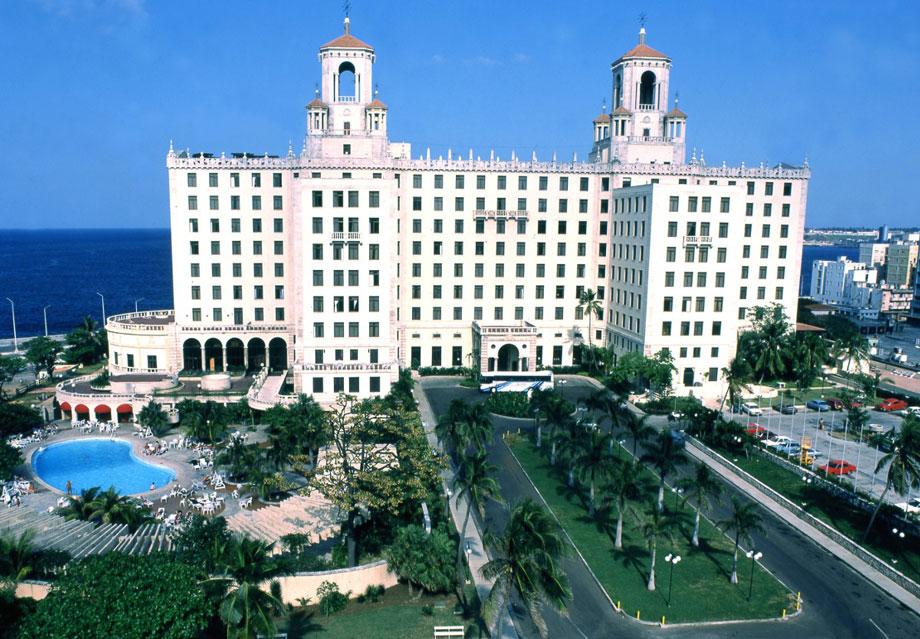 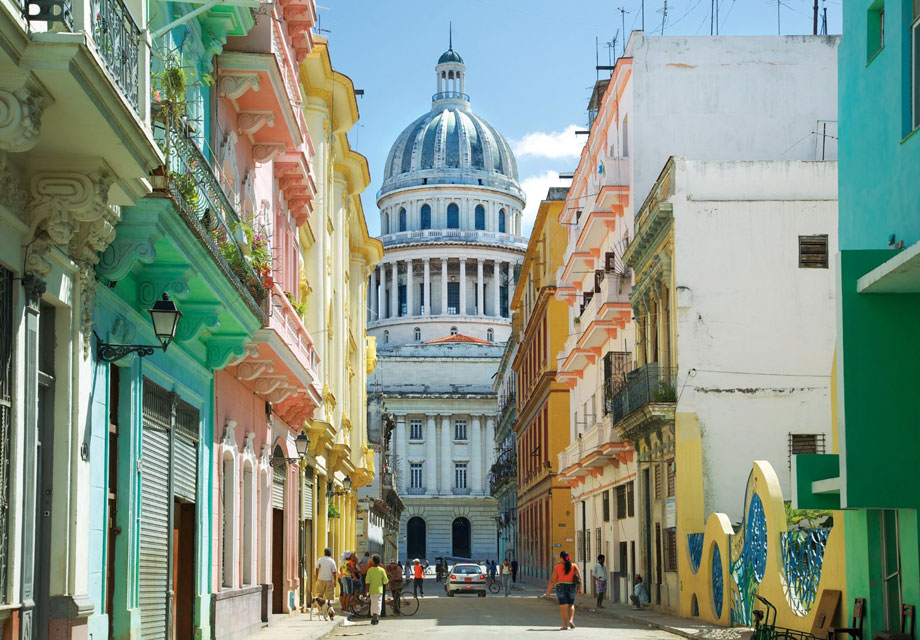 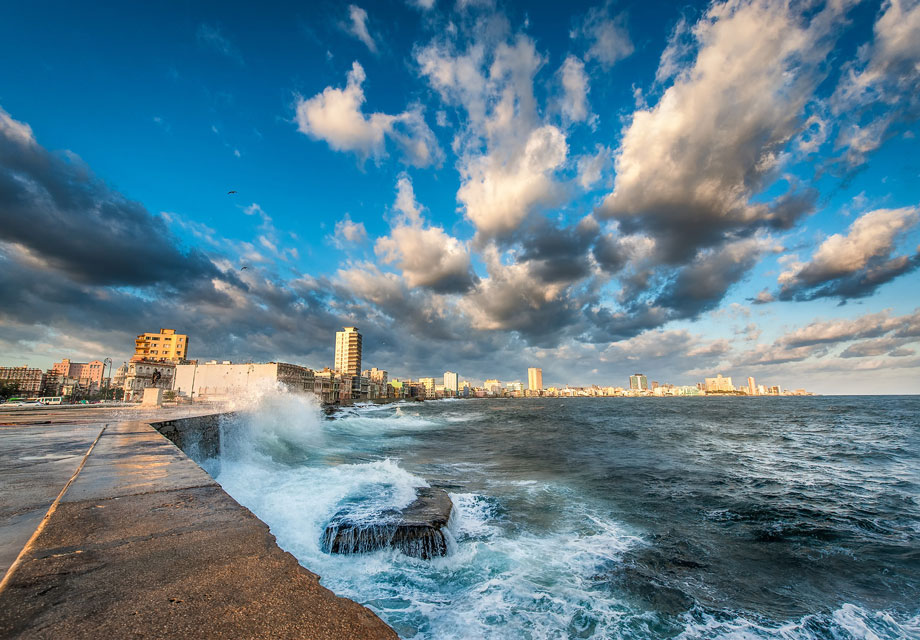 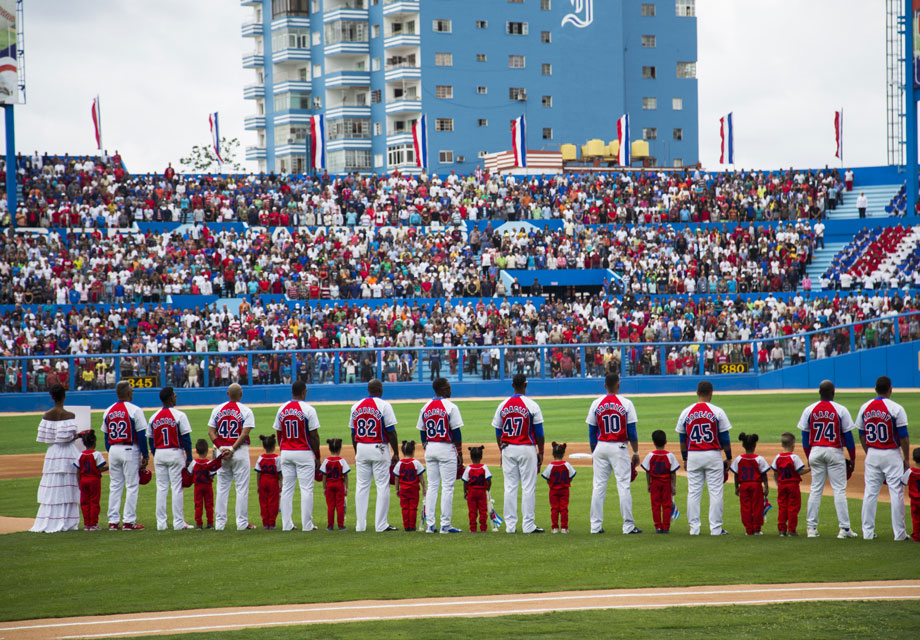 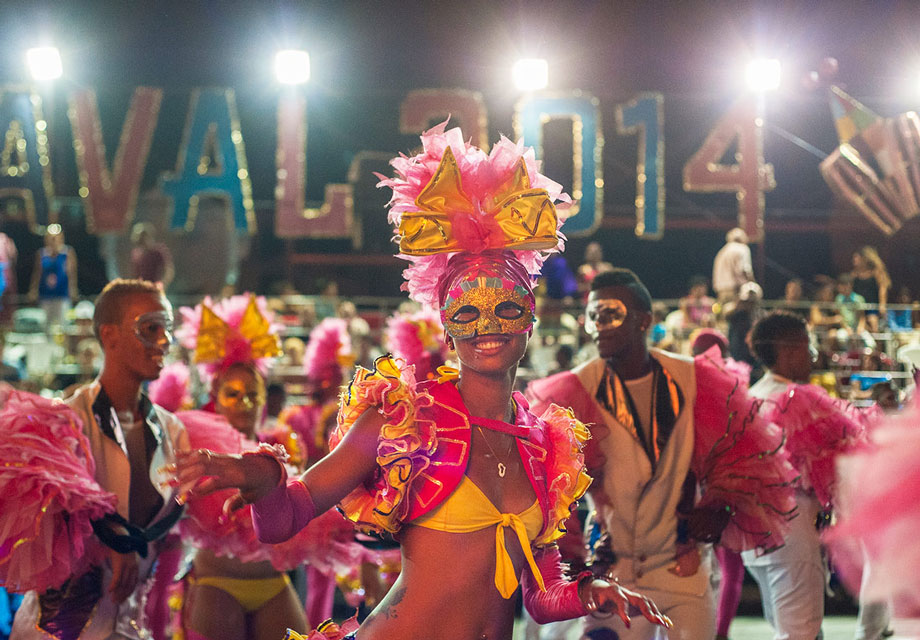