How To Get Joe Jonas’ Style

They say the middle child often gets neglected but this year seems to be Joe Jonas‘ time to shine.

The 26-year-old American pop musician scored his big break with a little band called the Jonas Brothers, but that was a decade ago and the boy has grown up and headed out on his own sans brothers. Today this Jonas is setting the charts on fire with his obscure new band called DNCE who are are credited for the annoyingly catchy ‘Cake by the Ocean’ song.

Beyond the tunes that are so bad that they’re often good, Jonas has been stepping up his style game across various looks to keep up with high-profile squeezes which have included Taylor Swift and Gigi Hadid in the past. From the red carpet to the streets to the weekends, we’re showing you guys how to score the winning wardrobe of this Jonas Brother detractor. 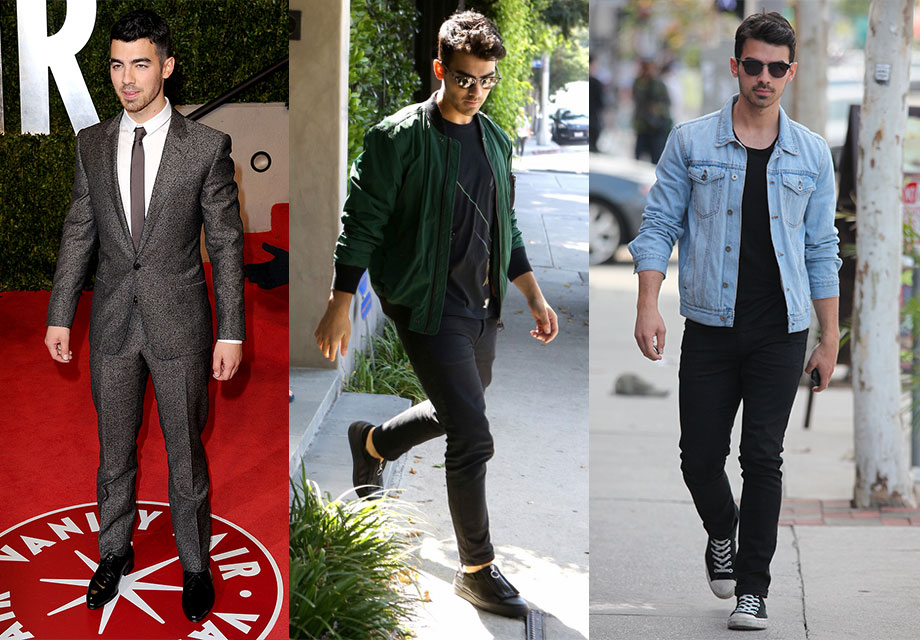 Two words: Slim fit. Joe Jonas epitomises the youthful approach to modern men’s style with a wardrobe littered with trendy and slim fitting pieces. From the tweed suit to the jeans, chino and denim top, Jonas number two has managed to keep up the pop star appearance without coming across as too loud or gaudy – a factor which won’t deter the average man from trying.

The pop star’s three looks spread over suiting which is a classic combination of a single-buttoned tweed number cut close to the body and kept super simple with a dark metallic tie. For a more modern look, pick a shirt with a thin collar and make sure the black shoes are polished.

Moving along to the streetwear there’s Jonas rocking the green bomber to really get into the Summer vibe. Again, it’s another simple outfit with minimal layering and a smart use of fitted jeans and contrasting colours. Throw in a pair of wayfarer sunglasses and you’re set to dodge the paps in style.

Finally there’s the rockstar denim get up, a look every creative (or wannabe creative) needs. The classic Converses pair seamlessly with fitted black skinny jeans and denim jacket whilst a double layered tee with a breton striped hem adds a bit more pattern to what would be a pretty textbook move in the style department. 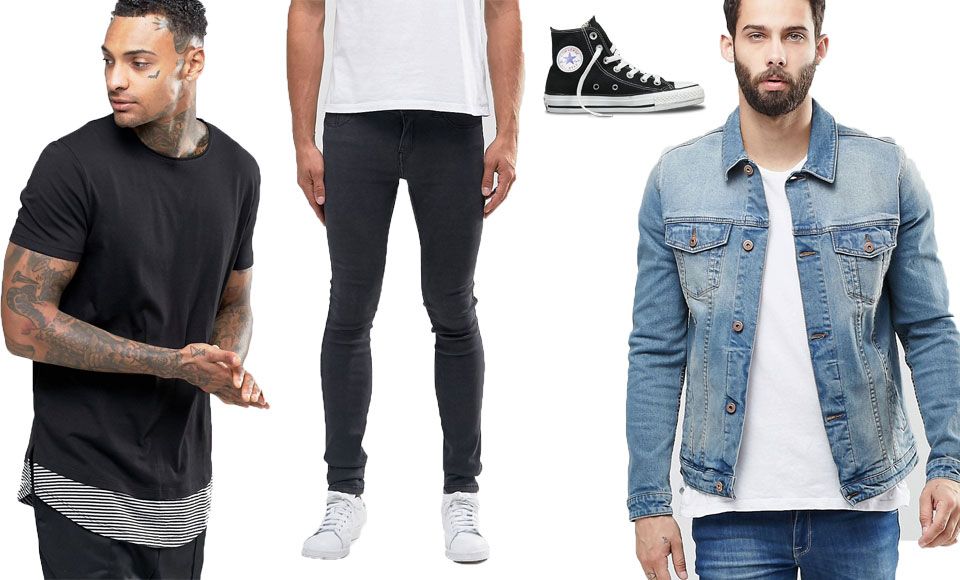 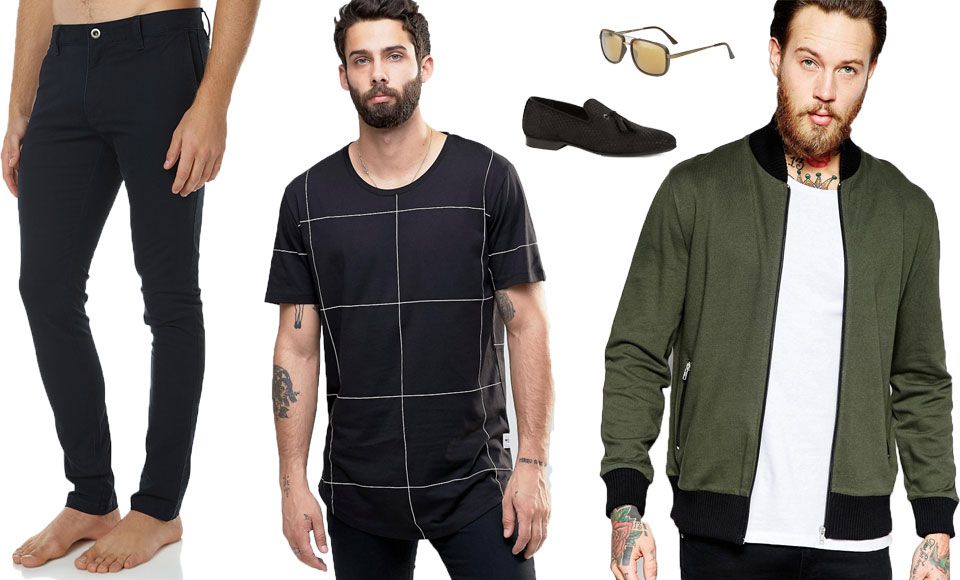 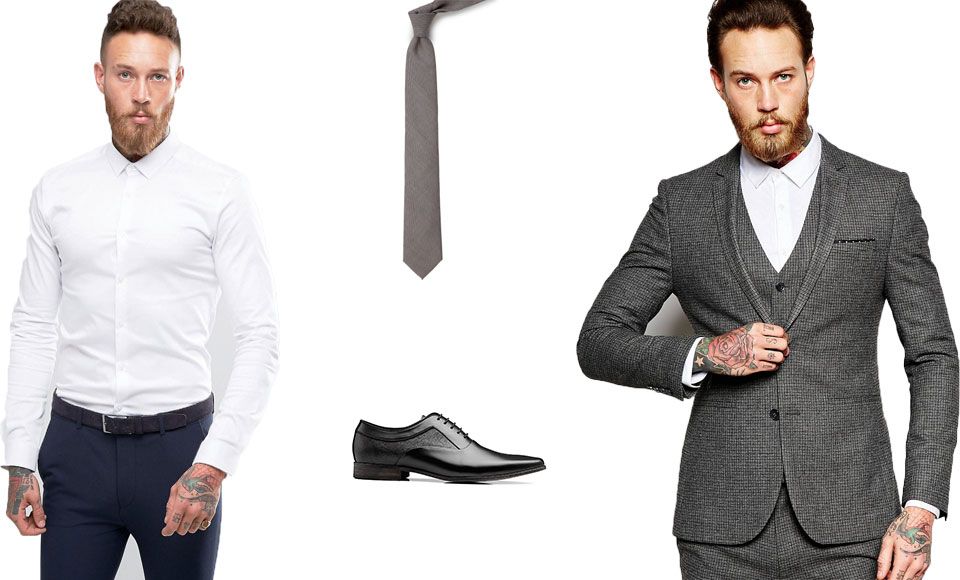