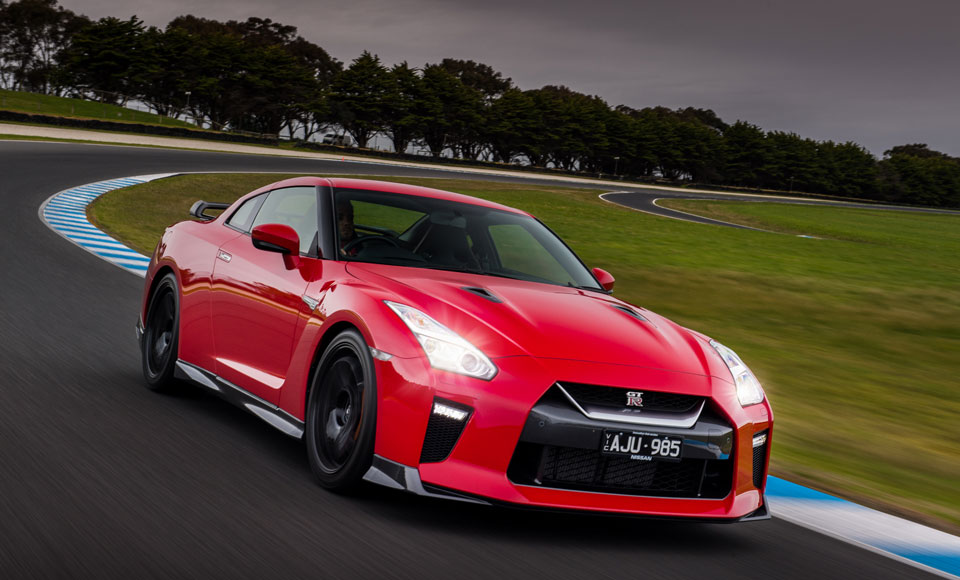 Nissan Australia have brought a brand new monster to our shores.

Japan’s infamous supercar slayer (and a supercar in its own right) known as the 2017 R35 GT-R made its official debut on Philip Island last week and this lucky pundit was given the all clear to give Godzilla a steer.

This wasn’t any average car launch though. Forming the contingency of local Nissan racing talents were Michael Caruso of Australia’s Supercars series as well as fellow Aussie Matt Simmons, who last year took out the world’s GT Academy program for a seat racing in the top tier Blancpain GT series.

“Philip Island was the perfect place to test the GT-R with its high speed corners and massive straight which easily had us at 250km/h before the first bend.”

Heading the launch was the most recently crowned Godfather of the Nissan GT-R program, Hiroshi Tamura. Tamura-san is a man highly regarded in the world’s motoring circles. Besides being a passionate owner of a GT-R himself, he’s also the one charged with making the current generation GT-R faster through every new iteration. Tough job right?

On this very special trip, we had the opportunity to sit down with the chief product specialist for the Nissan GT-R and the Nismo motorsport division to further understand the 2017 GT-R and what it means for local sportscar customers and fans alike.

The GT-R has grown up. But not in the dull and boring way most would assume. Three simple words come to mind when driving the new GT-R and that’s poise, power and precision. Today Nissan want you to add another word to that list – prestige.

Not normally known for it’s luxurious trim (it was after all designed to go fast without compromise), the new GT-R is giving luxury sportscar buyers the option to drive a car that is just as brutally fast as its predecessors but with the added benefit of daily drivability and refinement.

To achieve this Nissan had to split the GT-R into three variants: Premium, Premium Edition with luxury trim and the balls-out Track Edition  developed by Nismo. During the presentation Tamura-san outlined all of the drastic changes the 2017 car needed in order for it to go fast without sacrificing the growing demands of luxury sportscar buyers.

Engine: More power has been squeezed out of Nissan’s proven 3.8-litre twin turbo V6 which now sees 560hp, up from the 2015 model’s 535hp. The engineers at Nissan pulled this off by increasing boost pressure and a new ignition timing system which controls firing at individual cylinders – a feature only reserved for the 2015 Nismo GT-R.

Exterior: The body had to receive a minor overhaul and not just for aesthetic reasons. Due to the increase in power, aerodynamics of the big GT-R had to be revised in order to gain the most out of the car. The most notable difference in the 2017 model is the front fascia which now sees a more functional and upmarket design.

The front bumper is more contoured and the air intake is now 20% larger to help the engine suck in more air. To help keep the car cool, a new V-motion grille set in matte silver has been added to scoop up air without increasing drag. This combination helps the car remain stable at speeds of over 200km/h. These aerodynamic aids also filter through to the side skirts, C-pillars and rear quarters which are designed to slice through the air with minimal turbulence.

Interior: It’s a bit of a chuckle when you glance around and notice a fully loaded Bose audio system in a car like this. Not because it doesn’t deserve one, but for the fact that this was a car originally conceived to destroy its competition without compromise. Well times have changed and so has Nissan.

The Premium Edition with luxury trim will get you plush Nappa leather across the dash, seats, door trims, steering wheel and more. The centre telemetry screen which remains a signature feature of the GT-R name is also back to display details like boost pressure, oil and water temps and other stuff you probably don’t need to know. The number of switches have similarly been dialled down from 27 to just 11 in order to give the cockpit a more refined look

Stepping inside the GT-R is like stepping into an advanced research lab lined with leather and carbon fibre. It’s an oxymoron in the coolest way. It lacks the pizzaz of a European sportscar, but it’s not your typical Japanese interior either. The car straddles a fine line between the two and that’s what makes this new version a step above its predecessors.

The Nissan guys were nice enough to let us take their latest crop of cars both on public roads and on the track. Here’s how it went down.

Track: On the track the GT-R is rather deceiving. For starters, it moves insanely quick through corners for something which weighs well over 1,500kg. You do feel it in the quick shifting corners but all of the car’s trick computers and AWD system helps to counter these unwanted effects which would normally send a normal car into a tyre wall. Philip Island was the perfect place to test the GT-R with its high speed corners and massive straight which easily had us at 250km/h before the first bend.

For track duties we’d recommend forking out the extra dough for the track variant. The car was much more focused and planted, relying on lighter carbon body panels, special adhesive body bonding for added rigidity, stiffer front and rear suspension, lighter wheels and wider front arches for fatter tyres to go fast. If you’re a hardcore GT-R fan who doesn’t care much for ride comfort then this is your steed.

Moving to the two Premium editions brought upon noticeable differences. Things were a lot less frantic – still fast but it just didn’t feel like it. A lot of that probably has to do with the fact that Nissan have installed an Active Noise Cancellation (ANC) system which reduces unwanted low-frequency sounds going into the cabin. It’s that whole refinement thing we were talking about earlier. The car floated a bit more through the corners when compared to the Track edition.

Public Roads: The Premium spec GT-R performed just as any normal car would on public roads. It was comfortable. Yes,I went there. With speed limits in place and minimal corners to hug, I almost fell asleep in the docile GT-R whilst my driving partner took steering duties. It could be the fact that he was from Adelaide, but it’s more likely the GT-R’s new refinement program which seeked increased comfort levels and less cabin noise. On the occasional throttle the car did pick up speed rapidly but it wasn’t the neck-snapping type. Still, the car can do 0-100km/h at around the three-second mark if that’s what you’re after.

Would We Buy One?

Yes, but only the Track one. It all comes down to personal preference and I’ve long driven a personal car that feels more like a go-kart than a respectable mode of transport on Sydney’s dodgy roads.

The GT-R Track Edition is for those who want to go fast on the weekend track days and then feel that same sensation on the way home with some compromise on ride comfort. No leather? No worries.

If you’re not willing to fork out the extra $32,000 for that level of extremity, we’d totally understand too. The GT-R Premium has achieved what it originally set out to do and that’s offering a more grown up car without necessarily going slower. 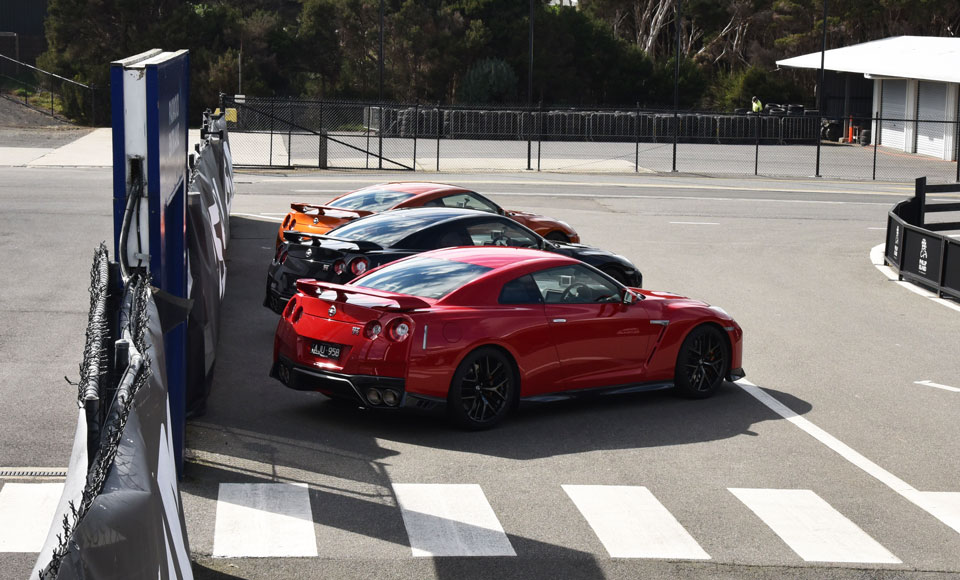 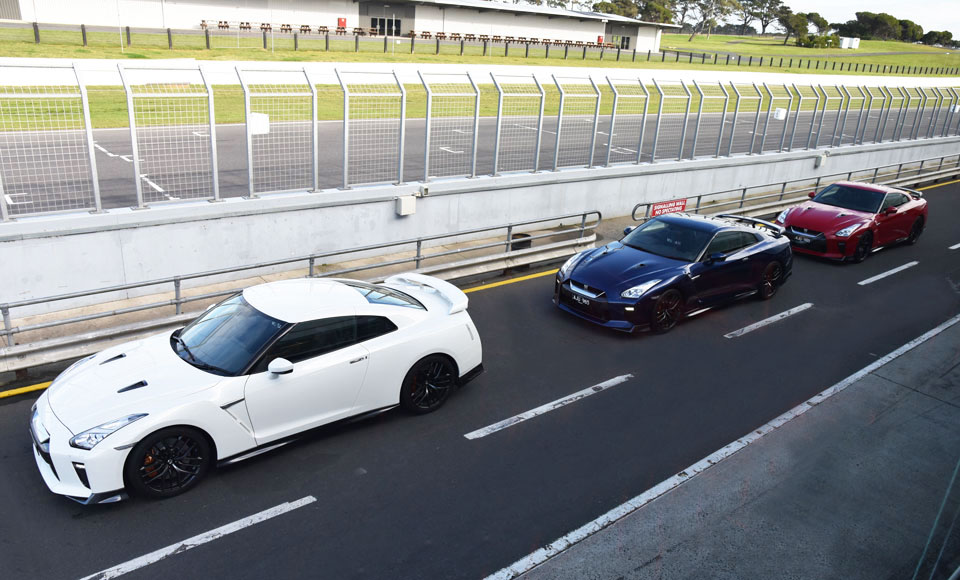 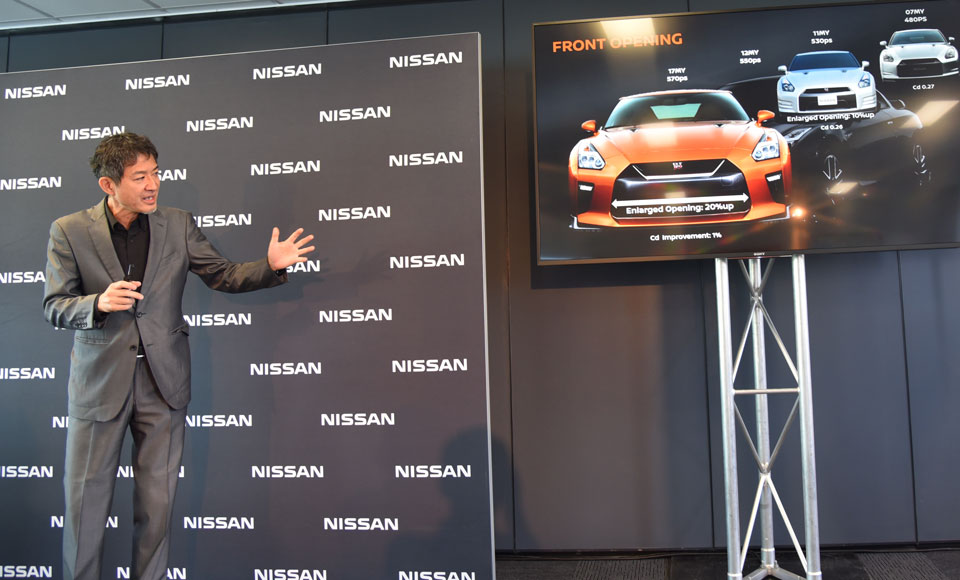 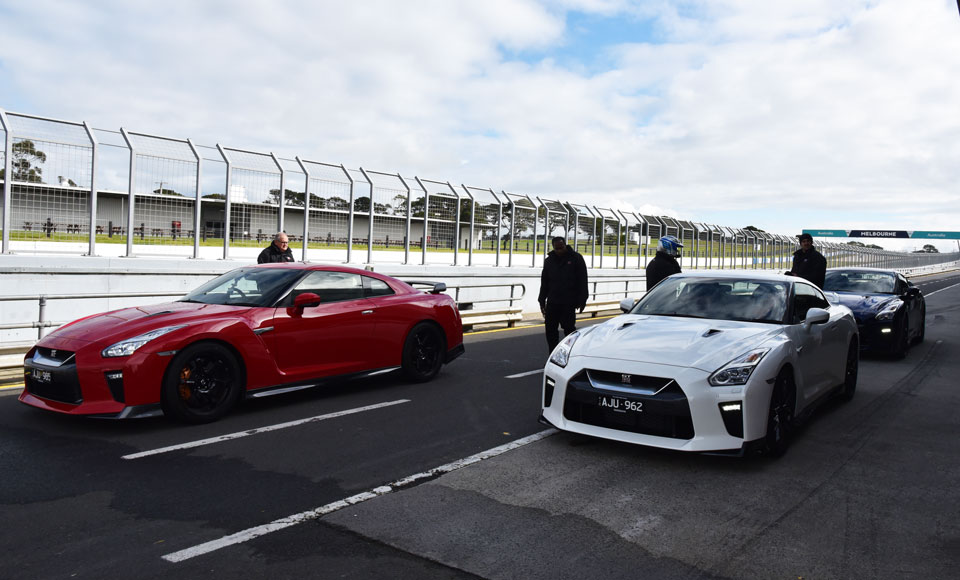 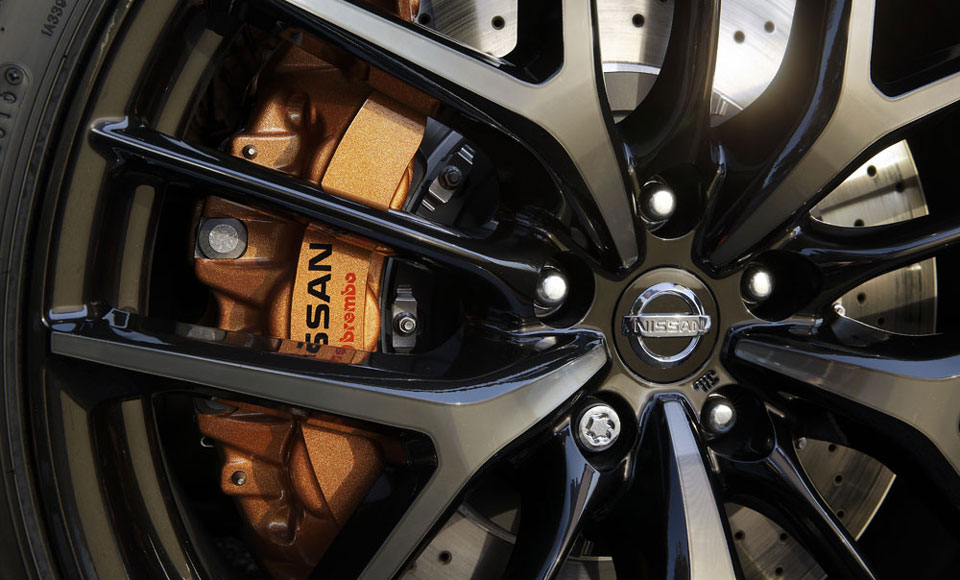 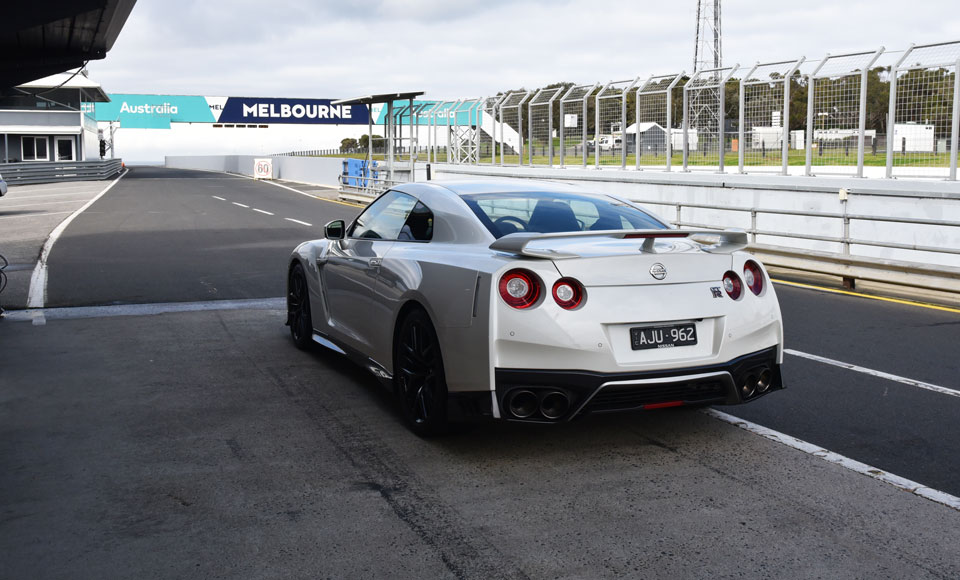 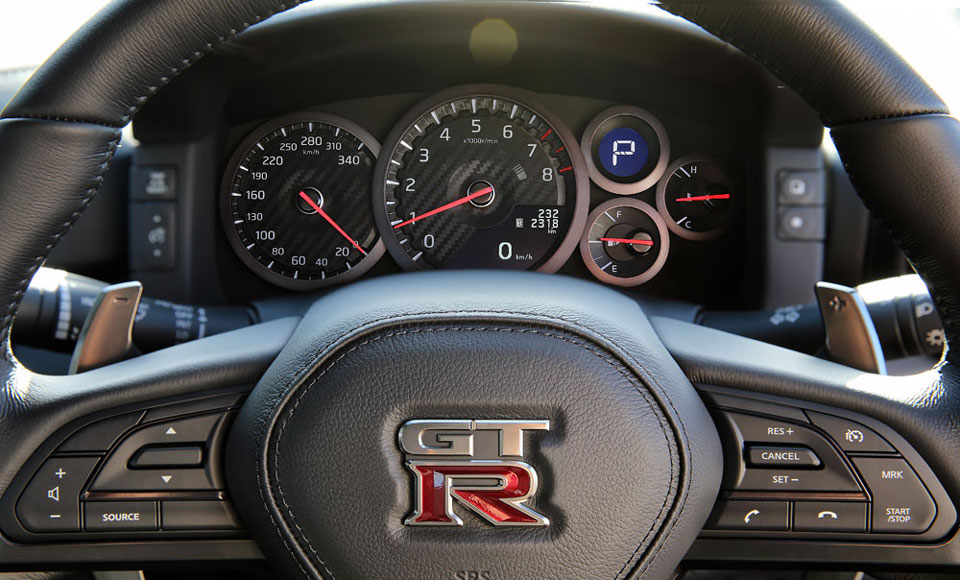 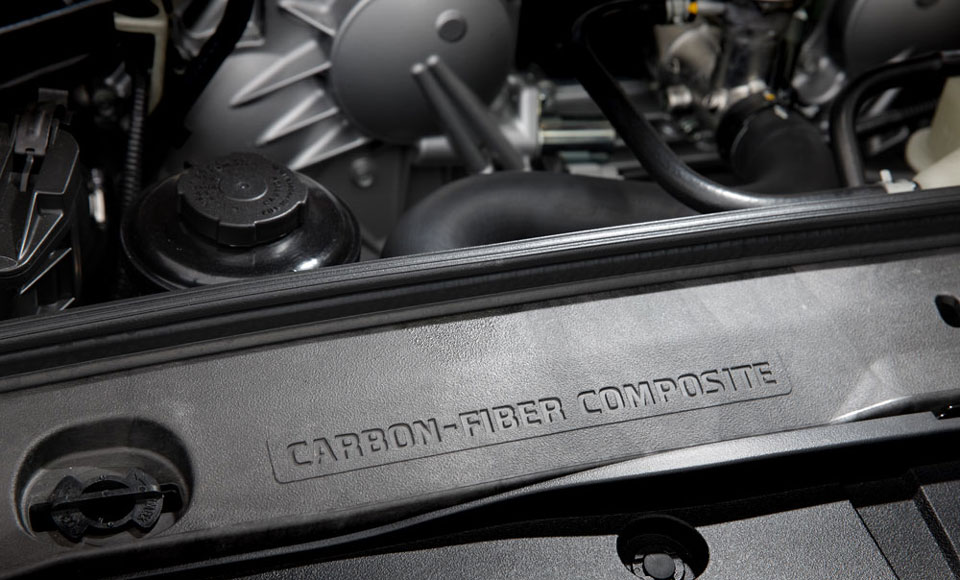 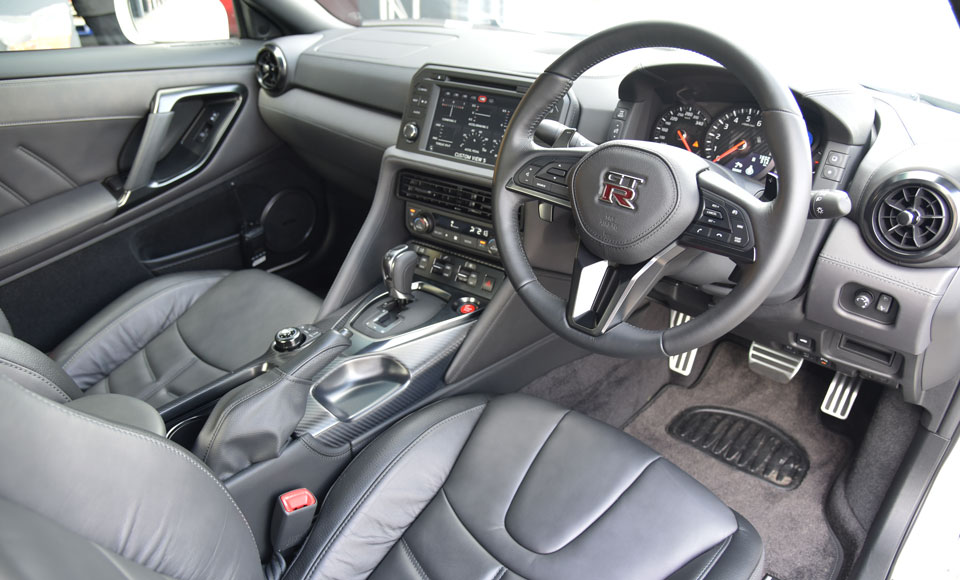 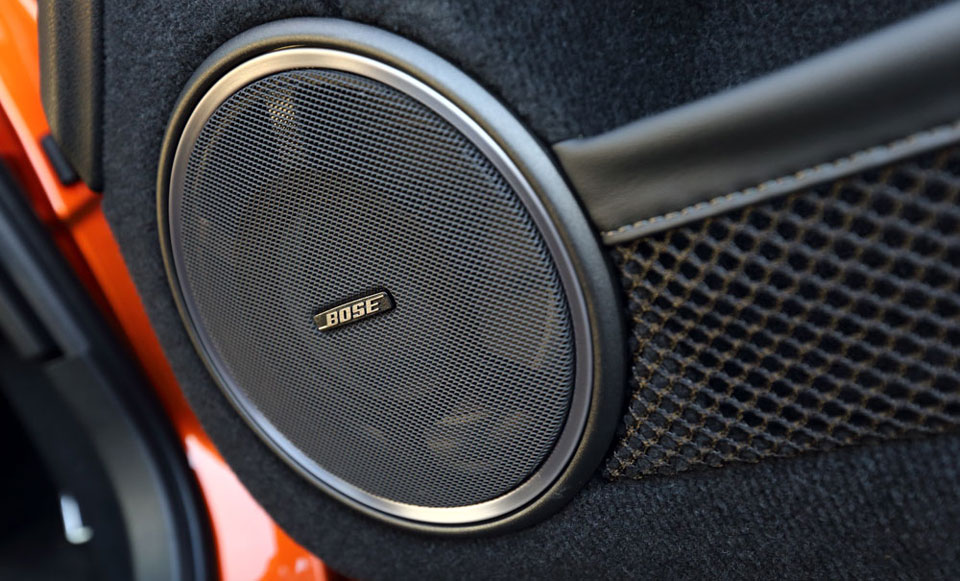 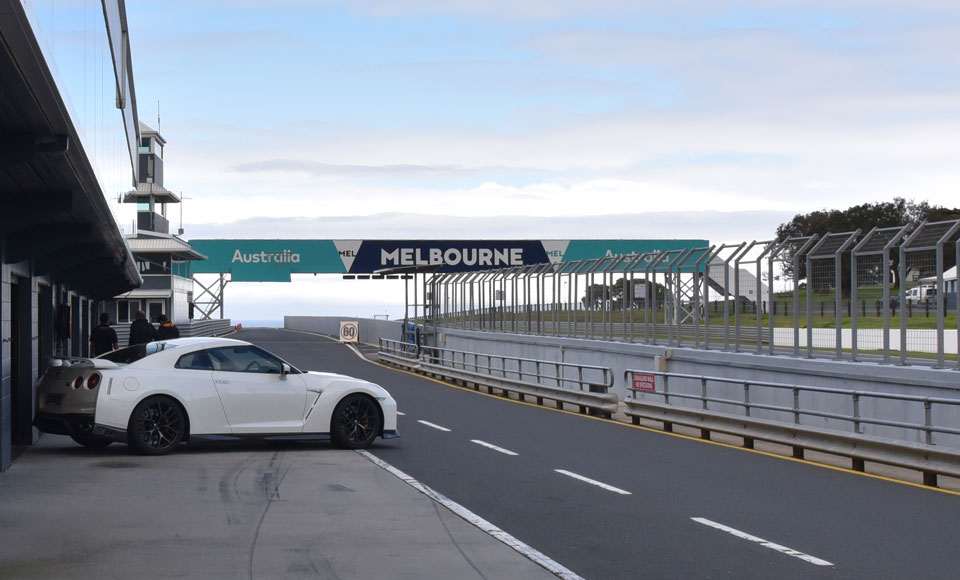