A Rich And Rugged Urban Loft That Oozes Sophistication 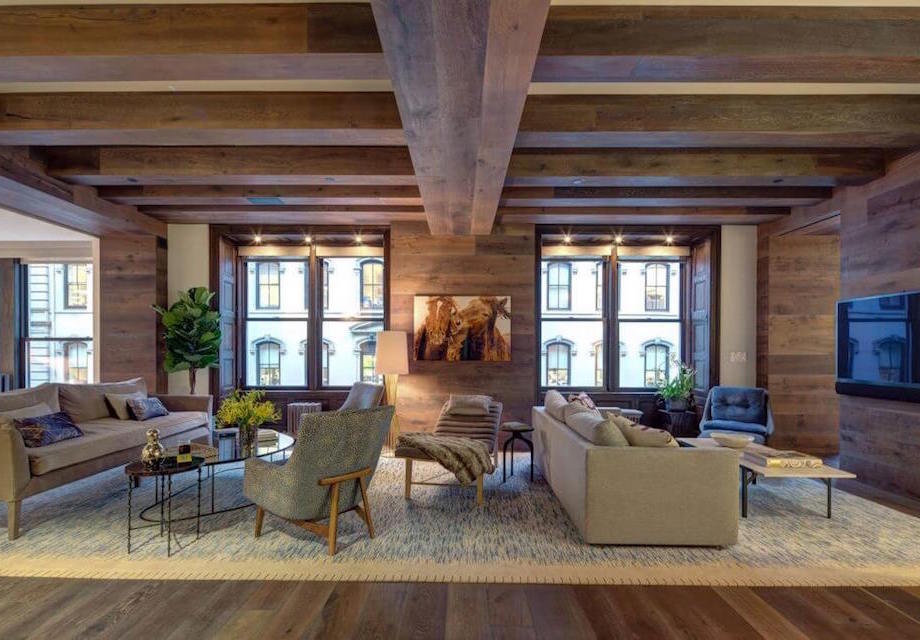 “Rugged” is not a word typically associated with New York City (unless you count the wannabe lumberjacks of Brooklyn’s hipster scene). The city is better known for its slick warehouse conversions, its chic townhouses, and its blindingly expensive condos.

This sexy urban loft, however, proves the Big Apple can’t be put in a box. Extensive wood panelling gives it just the right touch of mountain man style, while the rest of the space oozes city slicker sophistication.

David Howell Design furnished the recently renovated Flatiron loft for a couple. To complement the dark panelling and flooring, DHD selected furniture and finishes that are rich in colour and texture, yet still cool and casual. Grass cloth wallpaper in the bedrooms reduces the contrast of the dark wood and walls, adding brightness to a space that could otherwise be overwhelmed by those heavier design elements.

Greys and mink-toned browns make up the foundation of the base palette. Deep burgundies and blues act as accents, reinforcing the aesthetic of urbanite elegance against the natural wood infrastructure. That sense of balance extends throughout the loft. DHD embraced the building’s original brick and an industrial dining table, but offset it with softly upholstered, sculptural furniture. The end result is an inviting, visually dynamic example of urban living. 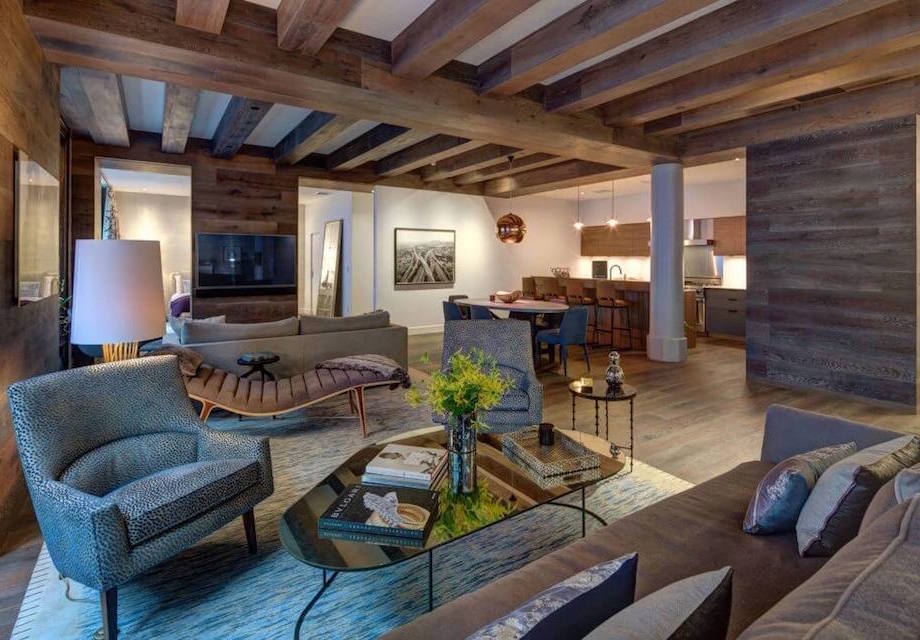 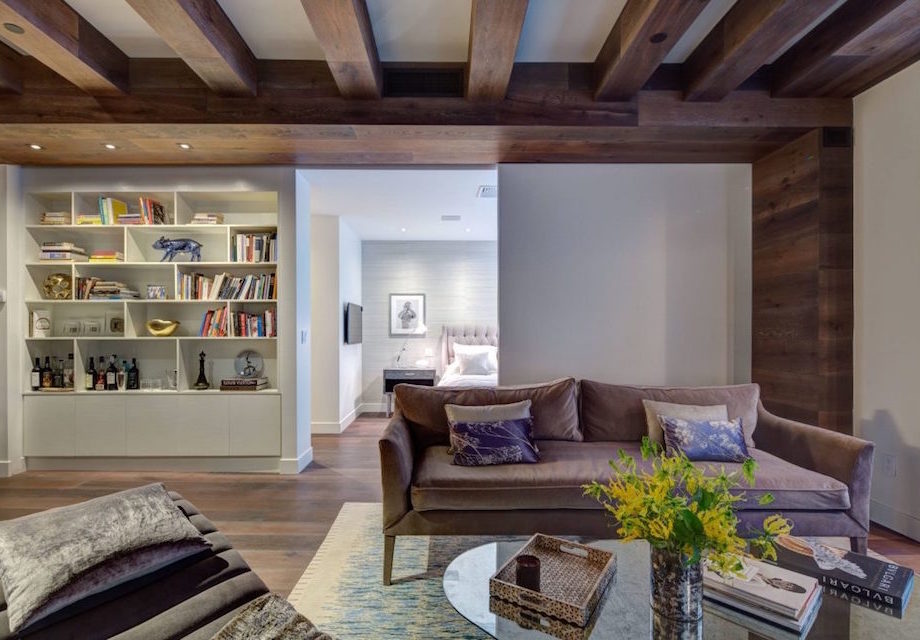 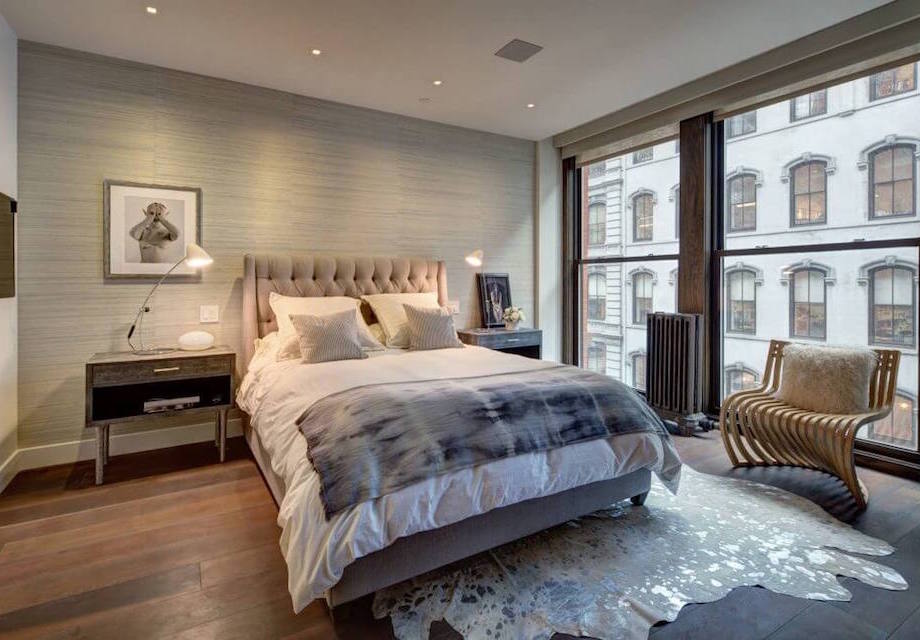 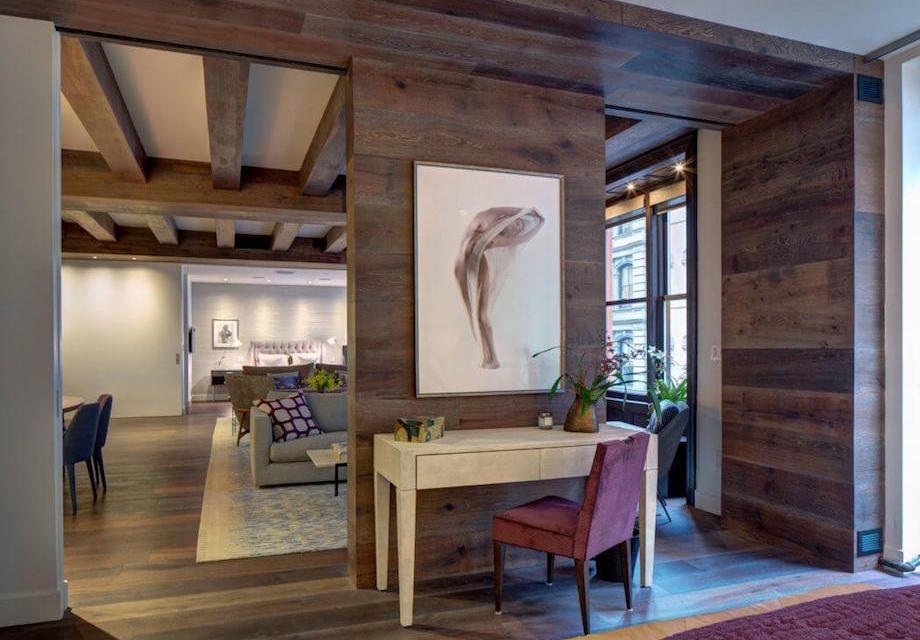 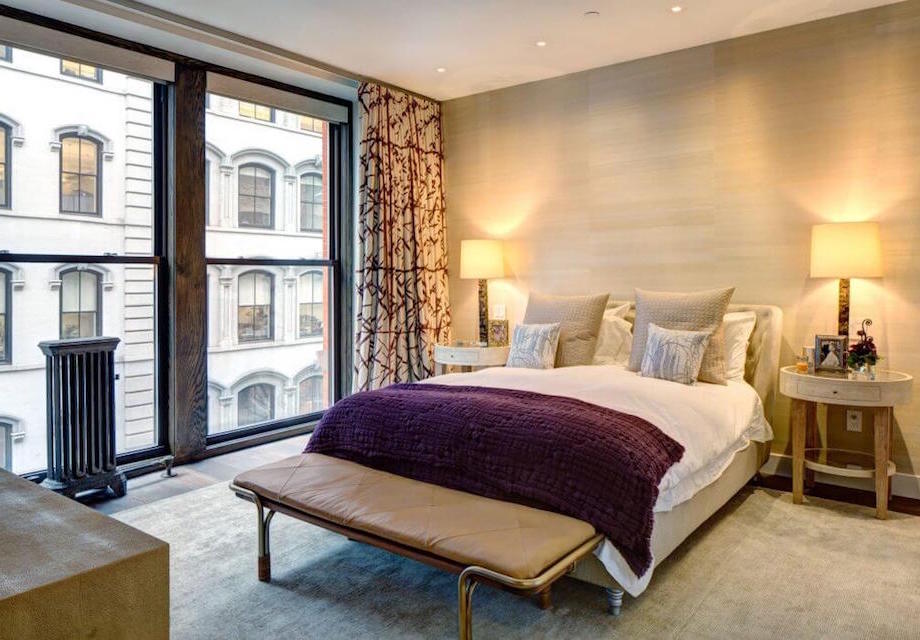