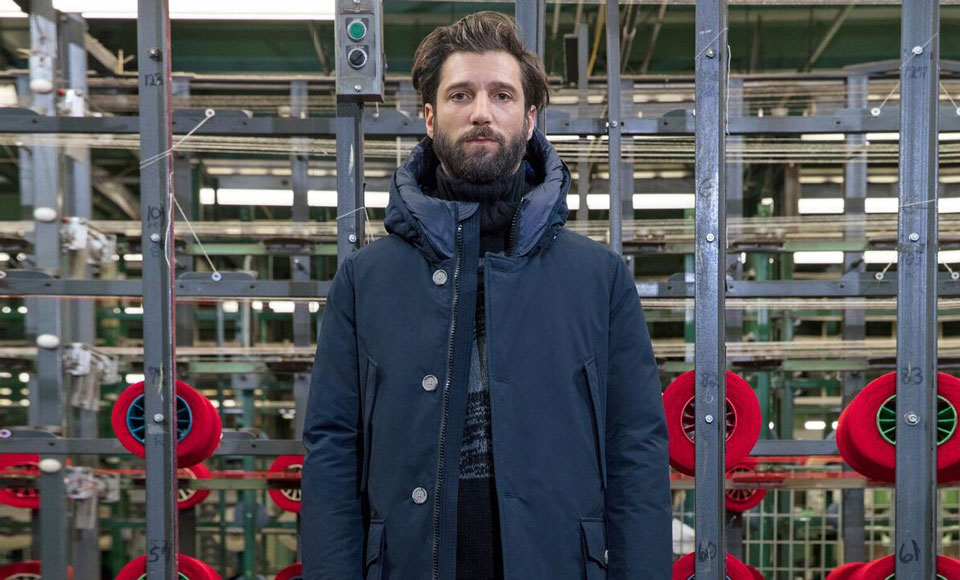 This following article is sponsored by Woolrich

All clothes tell stories. For Woolrich John Rich & Bros, the story is one of innovation, of tradition, of sophistication, of simplicity, of quality, and of style.

America’s oldest manufacturer of outdoor wear has been synonymous with superior production and state-of-the-art performance garments for nearly two centuries. Guided by founding principles rooted in heritage, exploration, and the eternal search for new methods and materials, Woolrich has built its identity by staying true to its history.

Today the company honours its utilitarian DNA while continuing to evolve, creating a contemporary brand that appeals to the diverse lifestyles of people from all corners of the globe.

It started in a mill in Pennsylvania, where Woolrich continues to thrive in the same building and on the same plot of land where it has flourished for 186 years.

In the early 19th century, John Rich II left Liverpool in search of a new life. His travels took him from England to the USA, where he settled in Pennsylvania and worked as a wool carder on the outskirts of Philadelphia. When he’d saved enough money to strike out on his own, Rich established a wool factory on the banks of a small brook called Plum Run and began distributing fabric.

The timing was right. The beginning of the 1900s saw countless labourers converge on Pennsylvania to build steam engines and lay railroad tracks. A strong demand for warm clothing followed, particularly clothing that was both comfortable and capable of withstanding all weather conditions. By 1845, Woolrich was so successful that Rich could expand the mill. He relocated to a company town that is now known officially as Woolrich, Pennsylvania.

The Woolrich story, like any good tale, isn’t without conflict. When wartime hit, the company took on a new role to support the efforts of the Armed Forces.

Woolrich produced woolen blankets and uniforms for the military, as it once had during the Civil War. In 1943 a so-called Emergency Line was created using reprocessed and reused wool to avoid shortages where the fabric was needed most.

The Woolrich mill is now the only American mill from the Civil War that is still running. The brand supplies major film studios and historical reenactment groups with the same quality wool uniforms and blankets that it produced during the period.

The company used high-tech, man-made fabrics like Gore-Tex, Thinsulate, and Cordura to enhance the performance of wool. The fabrics retained the comfort, durability, and resistance of their predecessors, but evolved to serve a new generation of patrons. Therein lies the secret to the brand’s longevity: a harmony between heritage and progress.

Two pieces in particular have kept Woolrich at the forefront of outerwear.

Form has always followed function for the company. In its earliest days, Woolrich catered to America’s pioneers – from the lumberjacks and farmers who worked the land in the climate’s rawest conditions, to the workers who constructed the Trans-Alaska Pipeline. Its first sartorial success story was a garment known as the railroad vest. Also called the “Utility Vest,” it remains one of Woolrich’s most enduring designs.

1972 saw the introduction of the brand’s second star product. The Original Arctic Parka, made for workers on the Alaskan pipeline, was designed to handle the extreme weather conditions of the northernmost state. The garment became indispensable protection from Alaska’s wind, rain, snow, and average temperatures of 30°C below zero.

These days the Arctic Parka has expanded to all latitudes and undergone a number of changes to keep pace with shifting fashions. Alongside its unrivalled quality, its appeal lies in its subtle, yet accurate interpretation of contemporary taste. The parka’s success was and still is instrumental in making Woolrich a go-to provider of durable outdoor clothing and sportswear.

What does the future hold for Woolrich? The story is far from over.

Today Woolrich is a benchmark brand using a blend of innovative fabrics and ultimate quality classic wools. From the rural to the urban, from work to play, from every part of the planet, each item of Woolrich clothing celebrates both the story of the brand and the individual wearing it.

Woolrich John Rich & Bros recently launched Agenda, a hub that brings together the history of the brand from 1830 to the present day. The journey begins in the Woolrich archive, which holds almost two hundred years of iconic patterns and vintage ads. Future missives will tap those resources, as well as photography and some of Woolrich’s signature garments, to reveal the essence of the brand in the modern-day.

“Outdoor clothes with an historic past, an esteemed present, a long useful future,” proclaimed a Woolrich catalog in 1920. Ninety-six years later, it still holds true. 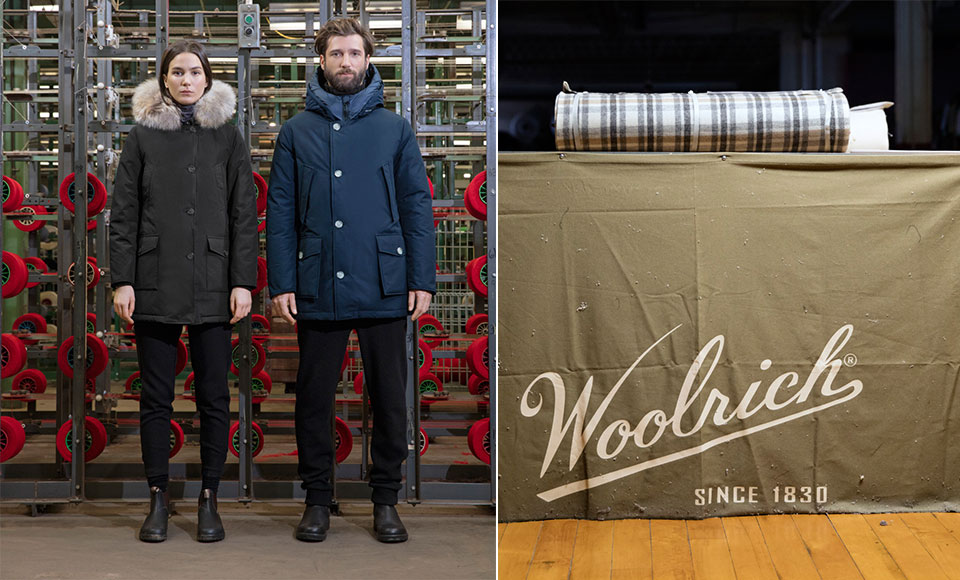 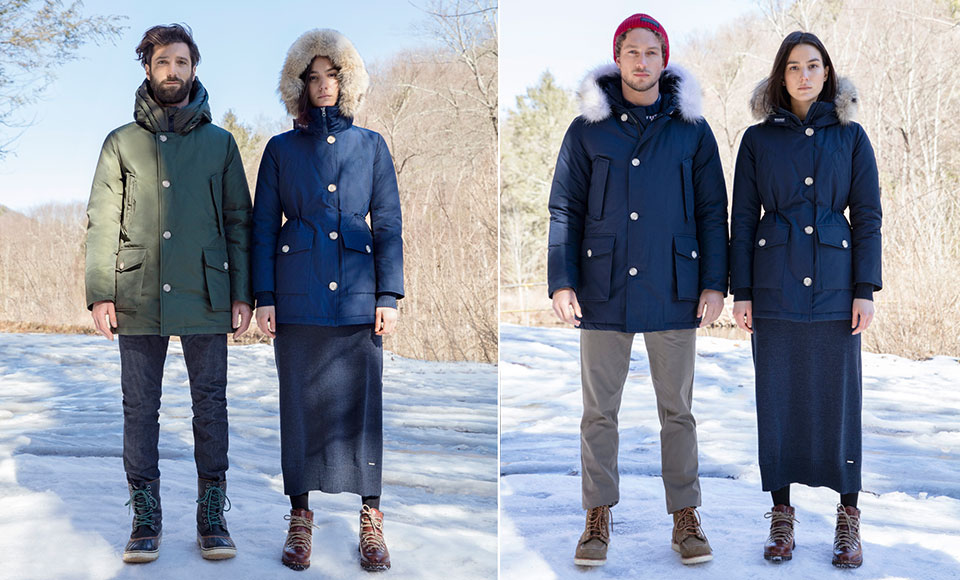 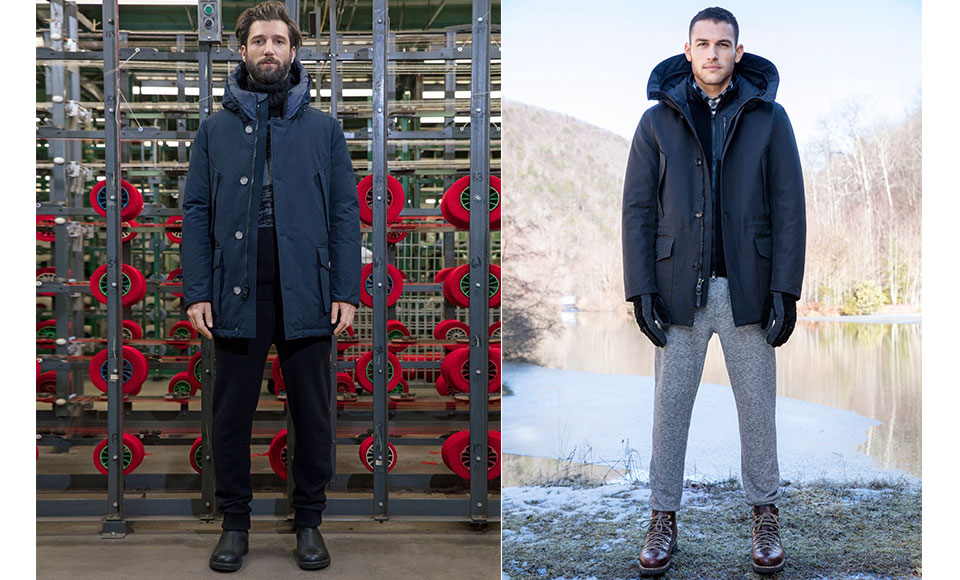