So you’ve just been broken up with. Have a drink. Have a cry. Delete all the loved-up photos from social media. Binge watch something embarrassing on Netflix. Do what you’ve gotta do to get through the initial pain – and then, when you’re ready, begin the process of rebuilding.

Our favourite mode of bold post-breakup rehab? That would be the hey-look-at-me-I’m-flying-solo-and-my-life’s-still-totally-awesome trip.

Picture yourself lounging by the pool all afternoon. Or lingering as long as you want in an art museum. Or sleeping in with no pressure to go sightseeing. This is the beauty of partner-less travel: no obligations, no compromises, no fighting, no whining, no one else’s rules.

Go ahead and treat yourself to that beer you’re tempted to drink before noon. You’re on holiday and nobody’s watching.

Here’s where you should be headed if your heart’s aching and your passport’s burning a hole in your pocket. These magnificent bastard-approved destinations are the best places to travel after a breakup.

Bangkok has the glitz and the glamour and the Hangover guys, but Chiang Mai holds its own as a top destination in Thailand. The laid-back northern city is a place to relax and recharge surrounded by mountains and lush countryside. In recent years, Chiang Mai has become the “it” spot for expats and digital nomads, making it easy for a man travelling stag to find friends and familiar languages. Despite the influx of outsiders, Chiang Mai retains a strong sense of Thai-ness. You’ll find no shortage of cultural institutions, incredible food markets, and breathtaking temples.

Copenhagen is anything but intimidating for a solo traveller. The Danish capital is exceedingly safe and welcoming to visitors, particularly those interested in design and food. The famous Scandinavian style is on full display in Copenhagen’s architecture, furniture, and fashion. As for the eats, the city has earned global respect for its cocktail culture and Michelin-starred restaurants (including Noma, the René Redzepi establishment that has been named Best Restaurant In The World multiple times). Visitors should take advantage of Copenhagen’s thriving bicycle culture – it’s an easy an inexpensive way to explore the city.

You’ve heard all about Cancún’s world-class beaches, all-inclusive resorts, and infamous spring break party culture. It’s all there, but it’s not the only side of the city worth seeing. Deeper in the heart of Cancún you’ll find the local flavour – the hole-in-the-wall taco joint, the all-night salsa club – and venturing just outside brings you to lush jungle, Mayan ruins, and national parks. Scuba diving is a highlight of this region of Mexico, particularly around Cancún’s extraordinary underwater art museum and with the enormous native whale sharks.

Jaipur is one third of India’s ‘Golden Triangle’ of tourist destinations (the other two are Delhi and Agra). As Rajasthan’s capital, it’s the most accessible introduction to the famously flamboyant state. Attractions include a variety of imposing and elegant forts, palaces, temples, gardens, and museums, many of which boast the distinctive rosy hue that gives Jaipur it’s nickname: the Pink City. Jaipur’s allure also lies in its proximity to Jodhpur, Jaisalmer, Udaipur, and other popular stops in Rajasthan.

Bali is a remarkable destination whether you’re travelling alone or accompanied, but there’s a compelling reason to try it solo. The Indonesian island has become a top destination for wellness retreats and spiritual seeking, both of which may be experienced better as a solitary traveller (and are sorely needed after the “It’s not you, it’s me” conversation). Look into one of Ubud‘s many retreats and spa holidays for yoga, meditation, gourmet meals, massage, and traditional medicine. There’s no shame in the Eat, Pray, Love game.

The walled city of Dubrovnik is the jewel in the crown of the Adriatic. Royalty, presidents, diplomats, and even popes have fallen victim to the medieval city’s charms. The Old Town’s warren of tiny streets and charming architecture is impossibly picturesque, topped only by the view from the city walls themselves. Other popular diversions are the local beaches, boating, the Dubrovnik Summer Festival, the Dubrovnik Cable Car, and, if you’re a Game Of Thrones fan, tours of the city’s many sites that served as shooting locations for the show. Maybe a single babe with dragons will wander your way.

There’s more to Portland than a quirky sketch comedy. Oregon’s largest city has become a bastion of good living and hipster appeal, set in an unfair abundance of natural riches. It’s one of America’s finest foodie towns, packed with craft breweries and coffee roasteries and food trucks and “locavore” restaurants from rising-star chefs. The thriving cultural community offers ballet, opera, symphonies, theatre, and art. Portland’s proximity to nature makes it a favourite for adventurers and outdoorsmen. Come here for creativity, off-kilter cool, and 24/7 mellow vibes.

Tel Aviv is young and modern, bustling with nightlife, blue-ribbon beaches, and a booming tech scene. It’s also ancient, with one of the world’s oldest ports and a fascinating, deeply complex, history. A visit to the city is an opportunity to explore both sides, though you may be surprised to discover which one tends to win out with tourists. Don’t be fooled by its location in the heart of the Holy Land – Tel Aviv is urban and sophisticated, glamorous, beloved by celebrities, sultry, sexy, cosmopolitan, and open-minded. It’s well-known for its hard partying and LGBT acceptance.

Taipei is a singular blend of Chinese culture with influence from Japan, Southeast Asia, and America. The city’s Taoist temples, ancient shrines, and street markets harken back to earlier eras. Taipei is simultaneously a modern centre of industry and commerce, with flourishing factories, towering skyscrapers (including the world’s tallest, until the Burj Khalifa came along), and state-of-the-art shopping malls. Taipei is every bit as vibrant as Hong Kong, Shanghai, Beijing, and Tokyo, though for now it’s flying slightly more under the radar.

There’s something to love about every season in Canada‘s cultural juggernaut. Montreal’s summer is spent in the outdoors, enjoying pavement sales, picnicking in the parks, the famous Jazz Festival, and Grand Prix weekend. Spring is a time for butterflies in botanical gardens and exploring on Bixi bikes. Autumn brings vivid foliage, migrating geese, and Canadian Thanksgiving. Even in winter, Montreal embraces the cold with snowsports on the local mountains, maple syrup-drenched sugar shacks, EDM at Igloofest, and the spectacular Montreal en Lumière festival. 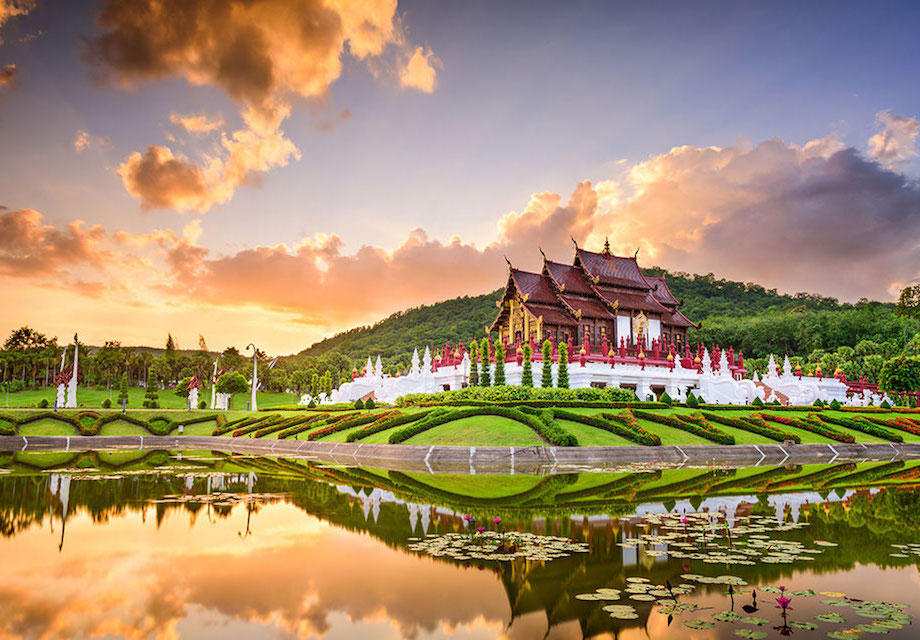 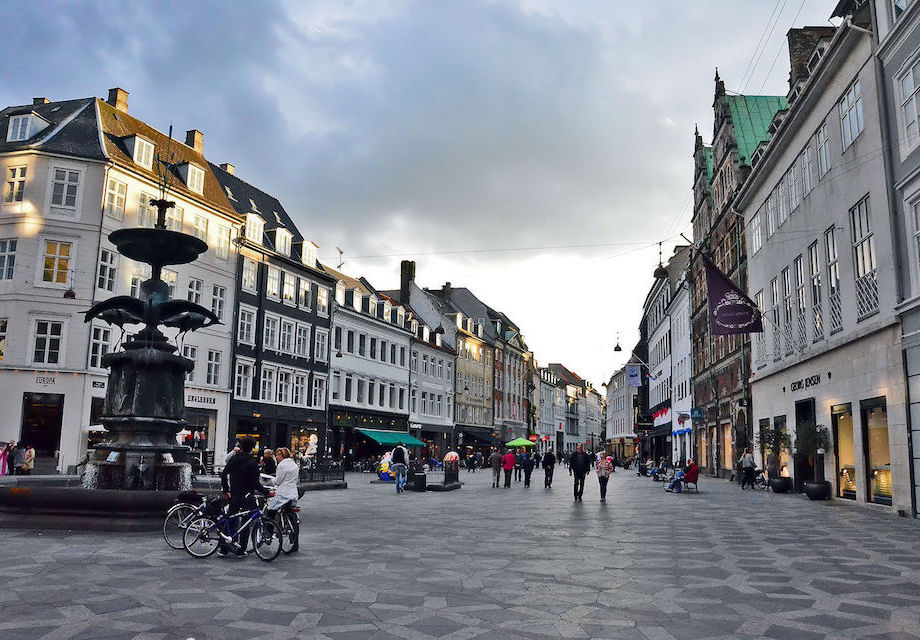 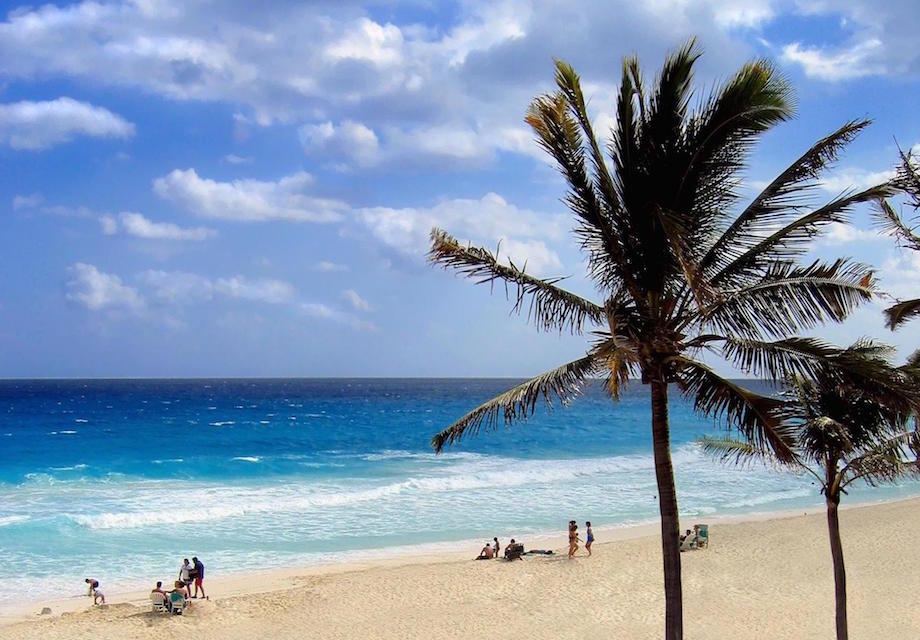 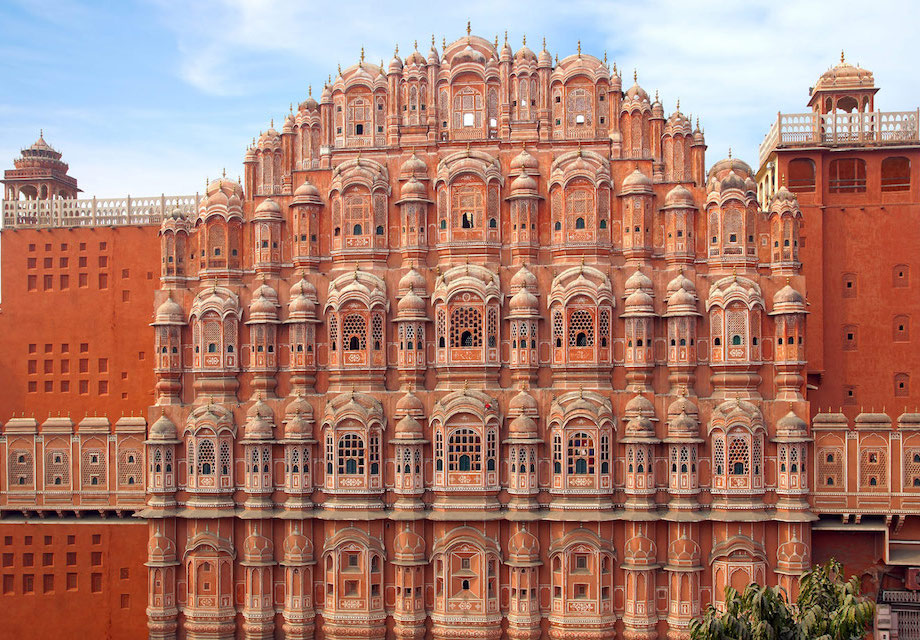 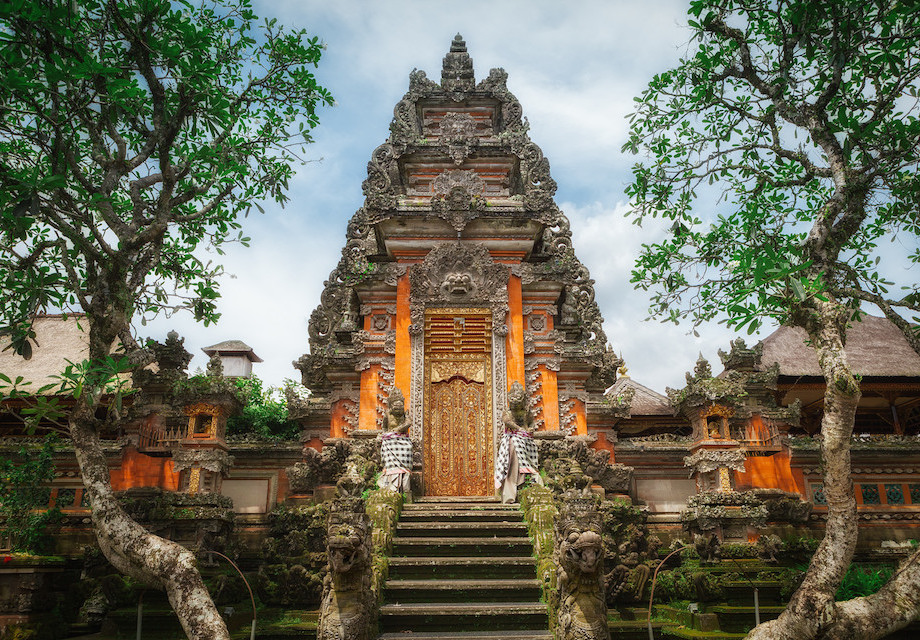 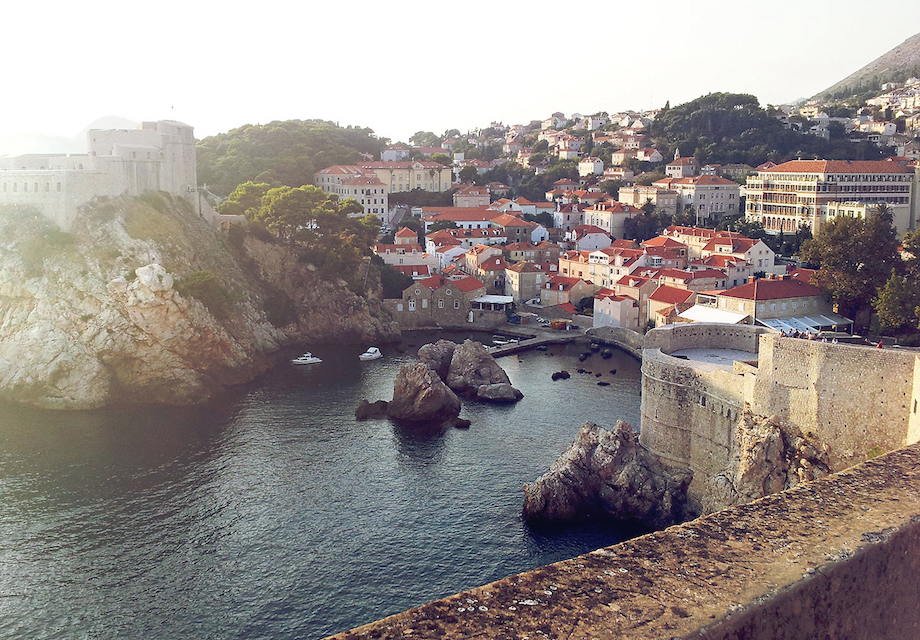 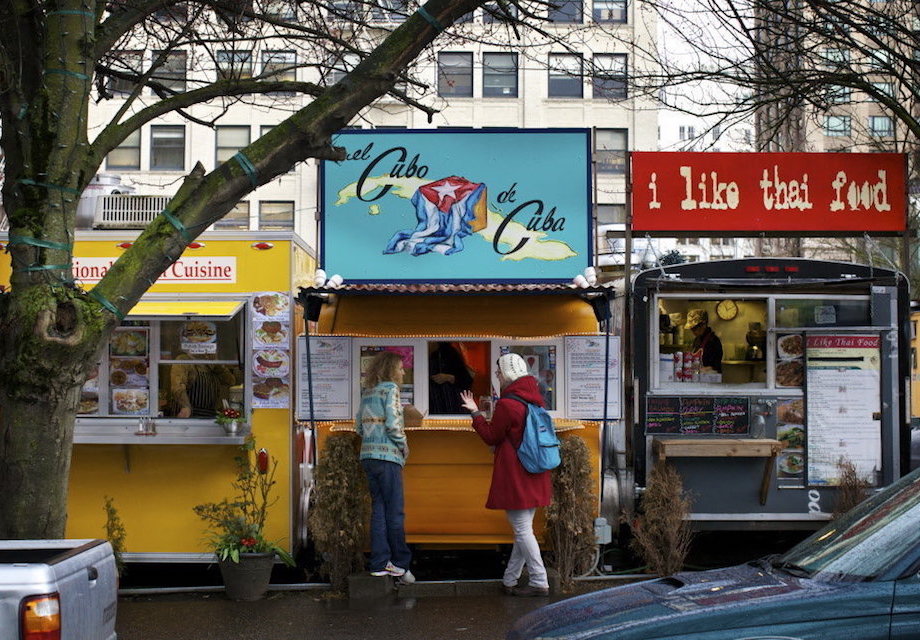 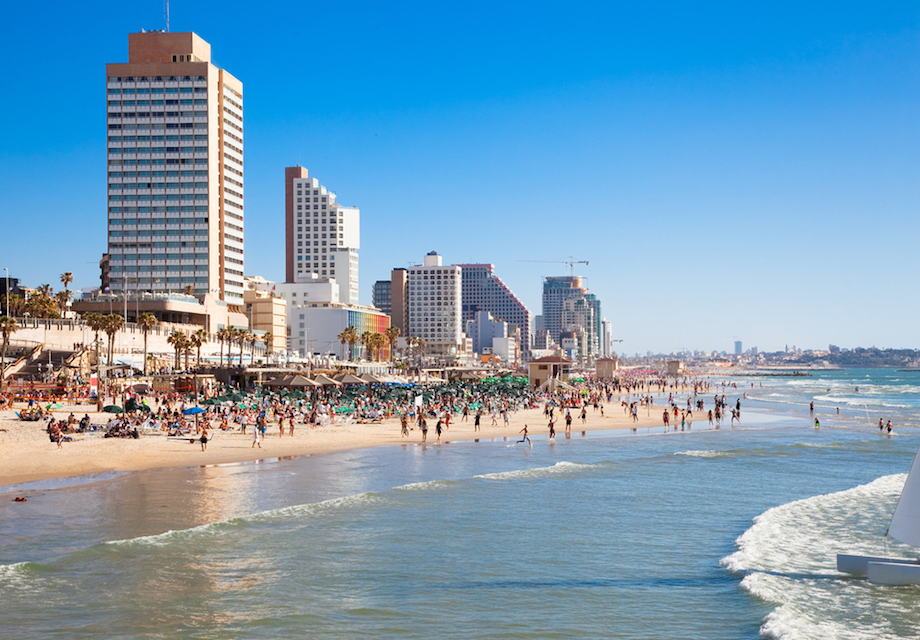 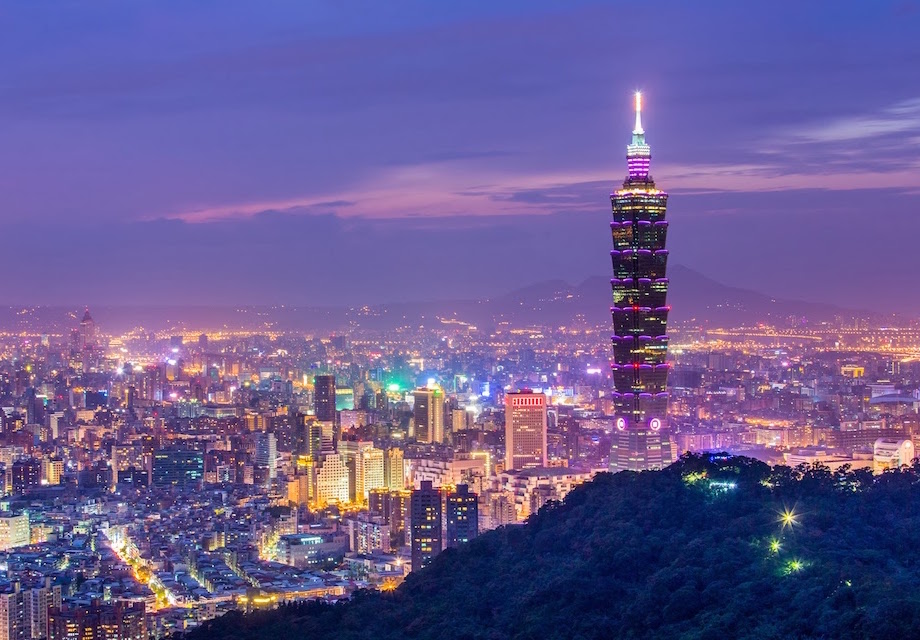 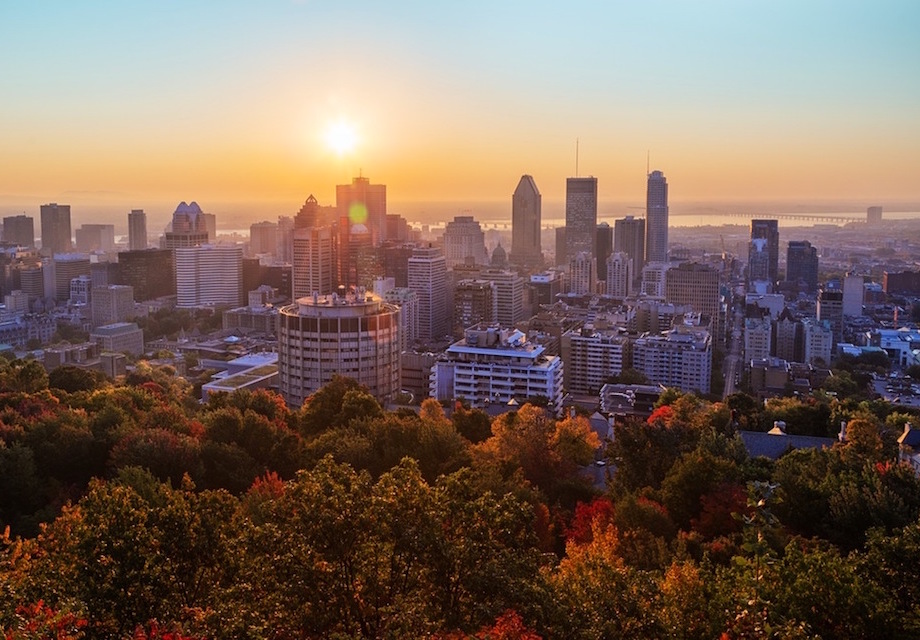