Essential Rules Of Emoji Etiquette For The Modern Man 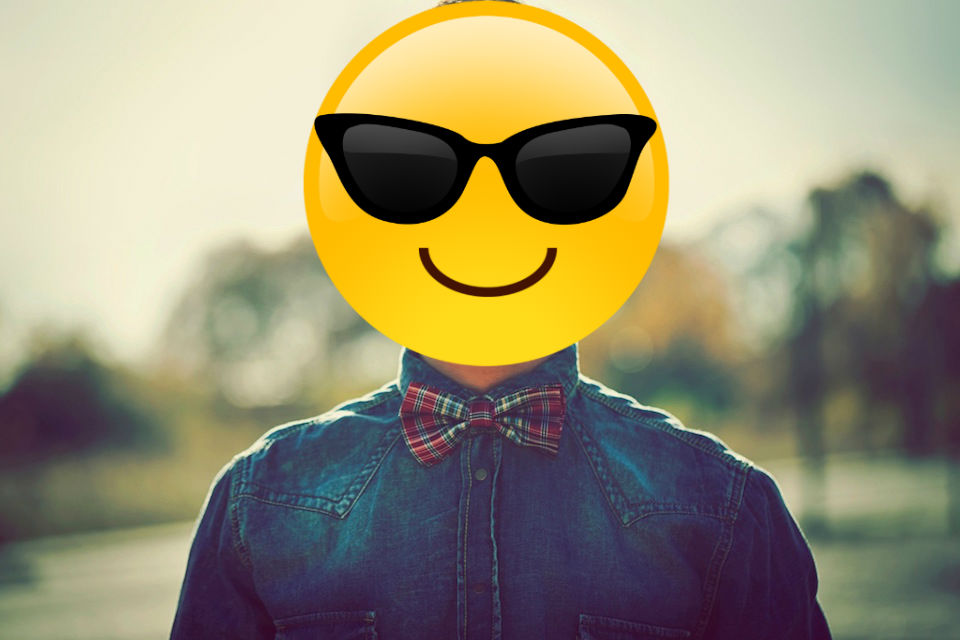 To prawn or not to prawn? That is the question.

Welcome to the wonderful, technicolor world of emoji. Since launching on Japanese phones in the late 1990s, emoji have become a full-blown, worldwide phenomenon. Teens use them more than actual words. Mums and dads across the globe misuse them daily. Academics have called them modern hieroglyphics.

Somewhere, right now, a man is texting an unsolicited eggplant to a woman he met on Tinder. Ah, love.

With any emergent tech sensation comes the inevitable barrage of think pieces and publicity ploys. The New York Times asked ‘Should Grown Men Use Emoji?‘ The Washington Post published a satirical response. A hotel chain introduced an emoji menu for room service. Various studies have proclaimed that emoji users have more sex. The Oxford Dictionaries even chose an emoji for its 2015 Word of the Year.

Those little yellow faces (and foods, and animals, and flags, and symbols) are inescapable, leaving many men wondering if it’s time to hop on the emoji train – and, if so, how to do it without accidentally causing confusion or offense.

Gentlemen, we’re here to help. Follow these seven rules of emoji etiquette and you’ll be well on your way from bewilderment to mastery.

The New York Times is a remarkable, distinguished, dependable publication in many ways. Its approach to male emoji use is not one of them.

“Should grown men use emoji?” isn’t the question. There is no question. Grown men – magnificent bastards like yourself – are secure in their masculinity and comfortable thinking for themselves. There’s only one should here: a grown man should not let societal stereotypes or prejudices put him in a box.

You want to use emoji? Use emoji. You can still drink beer or grill meat or shave with a machete or wrestle a bear or refuse to ask for directions or whatever else you consider manly. And if you don’t want to use emoji, that’s cool too.

Rule #2: The stigma thing goes for age as well

There’s another problem with the “grown men” dilemma. Along with suggesting that emoji might be emasculating, it also suggests that they make you juvenile. The stereotype is that new, cutting-edge tech and communication are only for the young’uns. Everyone above a certain age is relegated to reminiscing about simpler times and shooing adolescents off their lawns.

Don’t be scared of emoji just because they’re new or seem like “a young person’s thing.” Texting confusing pictographic messages is everyone’s right.

Like any language, there’s proper and improper grammar in emoji use. Tyler Schnoebelen, a linguist and head data scientist at the startup Idibon, devoted a whole chapter of his dissertation at Stanford University to the art of emoji communication. He discovered that emoji tend to come at the end of messages, much like punctuation. He also discovered that emoji users respect linear time and action. The expressionless face followed by the gun means “Ugh, just kill me.” Reversed, they mean nothing.

When you’re struggling to determine if emoji use is appropriate in a certain situation, just observe your audience. If they’re a frequent emoji user, it’s likely safe (and perhaps even beneficial) for you to respond in the same language. If they aren’t using emoji, it may be because they don’t like them. Follow suit lest your constant deployment of the flexed bicep cause irritation.

Rule #5: Be smart about emoji use at work

Emoji have officially infiltrated the office, but not every office. Certain companies and clients will be open to emoji use. Others will find them unprofessional. Your best bet is to let your boss or your client set the tone. If they initiate emoji use, you’re free to respond in kind (just don’t go overboard).

The meanings of some emoji are obvious. Others… less so. The Unicode website has a comprehensive list of every emoji on multiple platforms, so you can be sure you’re not misinterpreting any of the symbols. Beyond the official definitions, a handful of emoji have taken on second, secretive meanings. They can be used to refer to genitalia, drugs, sex acts, profanity – things you’re perfectly allowed to discuss as the aforementioned “grown man,” but may want to avoid sending to your manager or your mother-in-law.

Rule #7: Just because they look cute, doesn’t mean you can’t be creepy

Any woman who’s tried online dating will confirm that, yes, it’s entirely possible to be a creep via emoji. An eggplant followed by “You want it?” is not an appropriate way to break the ice with someone new (with a long-term partner, on the other hand… feel free to get as nasty and creative as you can). The best rule of thumb is this: if you wouldn’t do it in real life, don’t do it in emoji.