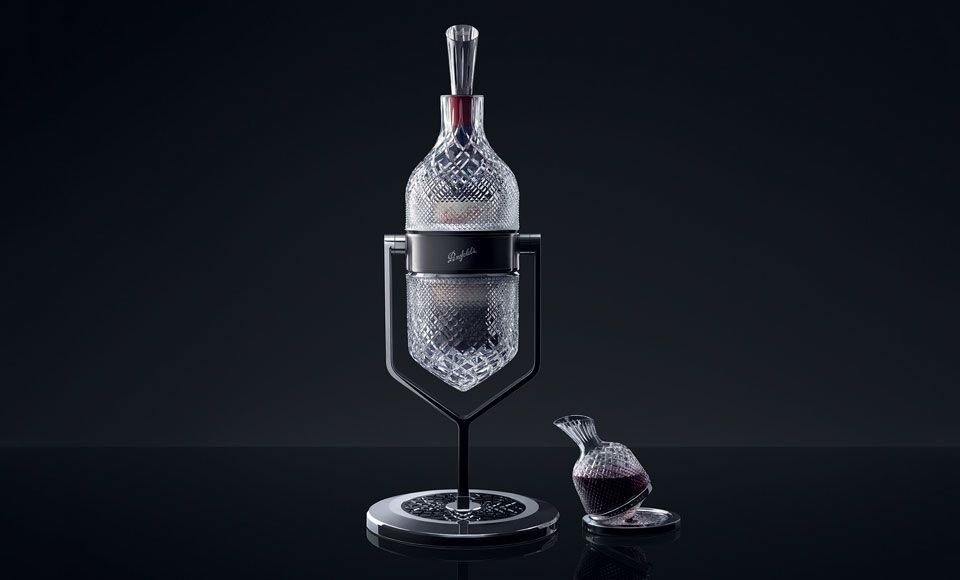 True purveyors of the world’s finest wine will soon have another bottle to add to their wish list.

Coming in at a staggering $185,000, the six-litre Penfolds Imperial will be limited to just five examples in the world. Inside the beautifully crafted bottle is the highly coveted 2012 vintage Penfolds Grange, a wine which has obtained perfect scores from critics around the globe.

Given the substantial size of this particular bottle which would make it near impossible to pour without spillage, Penfolds had to acquire the master craftsmanship of France’s Saint-Louis to create a decanter worthy of such a drop. The result is a hand-blown, hand-cut crystal decanter which you see before you.

Peter Gago, Penfolds’s chief winemaker, explained that this isn’t the first batch of Imperial they’ve made. “[It’s] more for long-term cellaring in our museum. Every now and then we’ve released one at auction, and there is pandemonium. So we thought: Why not release a few – and why not with a vintage as good as 2012?”

Making up a major portion of the eye-watering price tag is the aforementioned decanter made by Europe’s oldest glass maker which has been around since the 1500s. Saint-Louis President Jerome St. Lavergnolle aptly labelled the crafting process the Aeveum Imperial Service Ritual in which the glass contains “more than 1,800 simple diamond cuts, one by one.”

The Imperial was unveiled last night in the wine capital of Adelaide in South Australia alongside some more affordable options from the Penfolds family, such as the 750ml bottle which will set locals back by $900 a pop. A smaller Saint-Louis Penfolds Aevum decanter will also be available for a cool $2,100.