10 Airports That Have To Be Seen To Be Believed

In between home and your holiday, there’s the airport. It’s your least favourite part of the journey – until now. Hit up one of these top-notch airports, the 10 best in the world and you’ll find yourself having the trip of a lifetime before you’ve even left the ground. 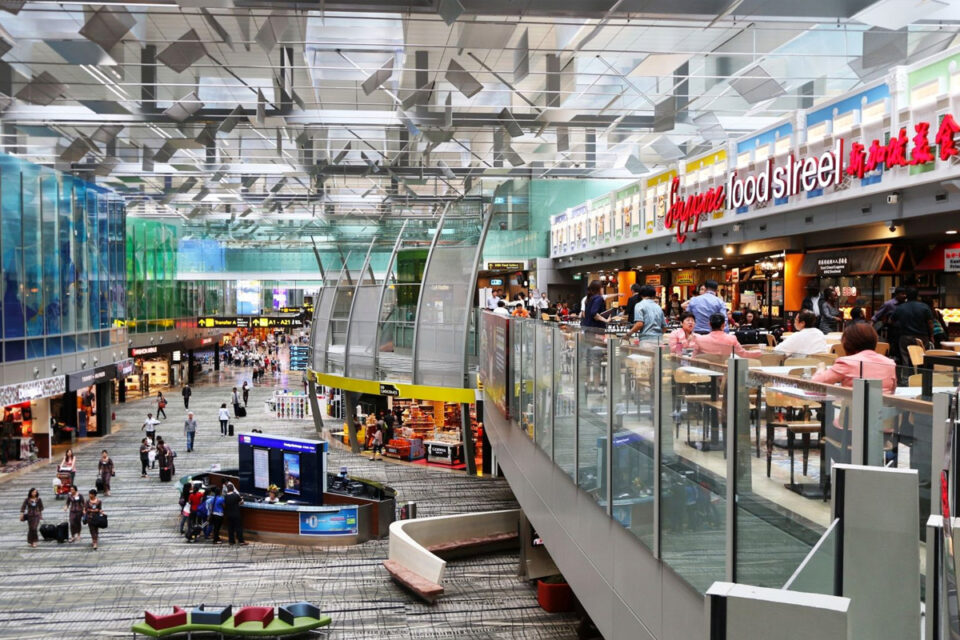 Singapore Changi Airport’s IATA airport code – SIN – is probably enough to entice you to pay a visit, but we promise there’s plenty more to recommend it than a hedonistic name. Changi Airport has won over 430 awards since 1981, including 30 ‘Best’ awards in 2012 alone. Nowhere will weary travellers find more opportunities for entertainment – including the Asian Icon Interactive Art Station, the 3D Experience Zone, a movie theatre, a forest-themed indoor playground, free video games in the Entertainment Deck, live music, multiple gardens (complete with koi and butterflies), and showers. 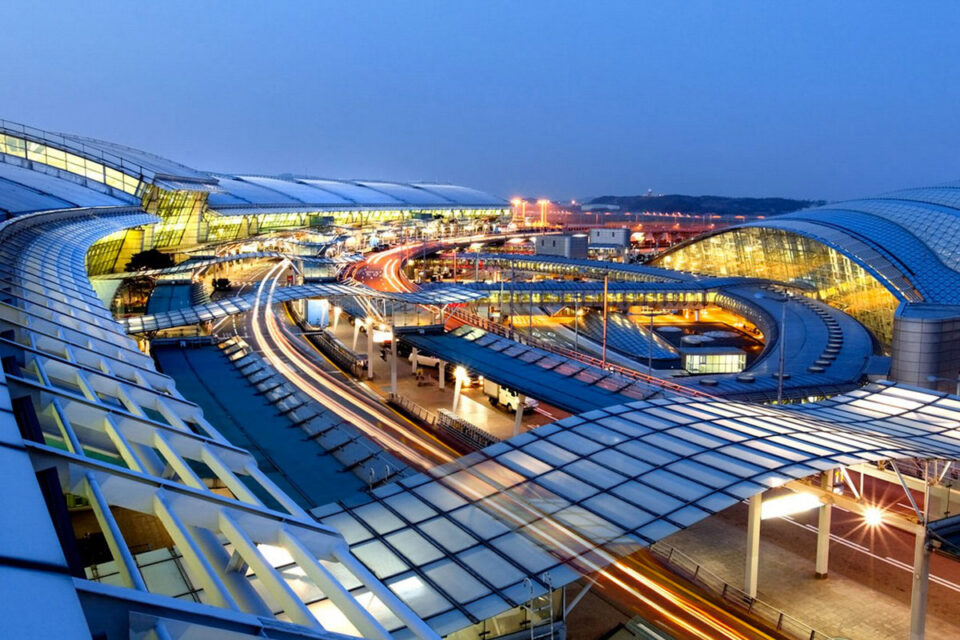 Incheon International Airport is the largest airport in South Korea and one of the busiest in the world. For seven years in a row (2005-2012), it was rated the best airport worldwide by Airports Council International. Among other treats, ICN contains a golf course, private sleeping rooms, an ice skating rink, a spa, indoor gardens, a casino, a Museum of Korean Culture, and a duty-free shopping mall that was rated the world’s best for three years running by Business Traveler. And if that wasn’t impressive enough, Incheon International Airport also claims that it has only a 0.0001% baggage mishandling rate. 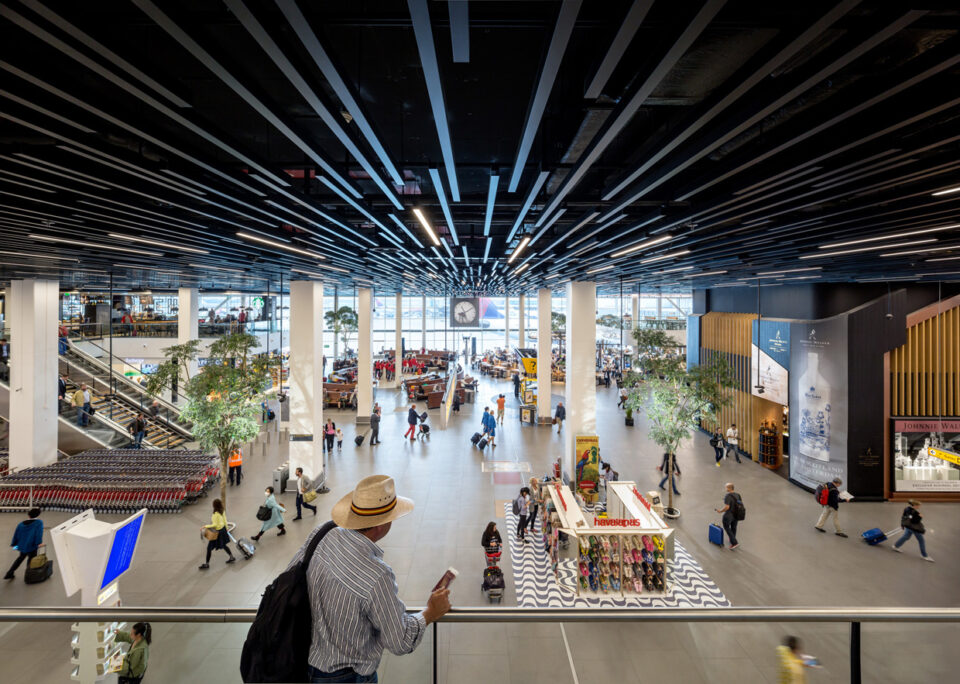 The main international airport of the Netherlands, Amsterdam Airport Schiphol, is the fourth busiest airport in Europe by passenger traffic. Known as an “airport city,” the bustling hub has everything from a casino, to children’s play areas, to a museum of classical and contemporary art, to the world’s first permanent airport library. In addition to the collection of 1,200 books translated into 29 languages, passengers can also download e-books and music free of charge. Fun fact: the official English name of AMS, which puts ‘airport’ in the middle, reflects the original Dutch word order. 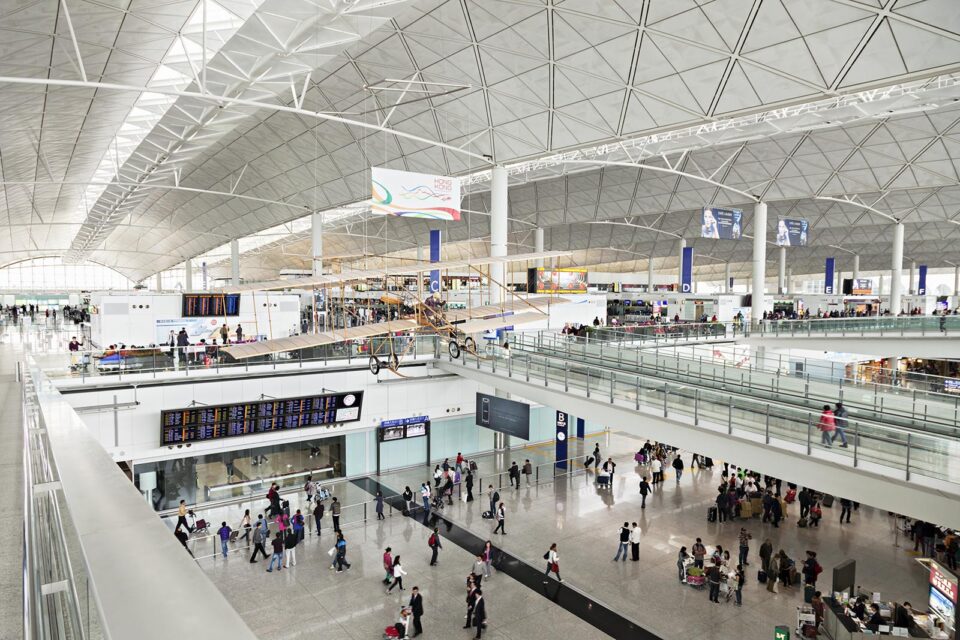 Hong Kong International Airport is the world’s busiest cargo gateway and, of course, also one of the world’s busiest passenger airports. Travellers passing through HKG have plenty to look forward to. There’s the Aviation Discovery Center, where they can play pilot in interactive aviation related kiosks and cockpit simulators. There are exhibitions that include tea-making demonstrations and Chinese medicinal workshops. There’s also a golf course, an IMAX theatre, and various i-Sports simulators that allow athletically-inclined passengers to try their hands at football, basketball, boxing, skiing, shooting, car racing, and more. 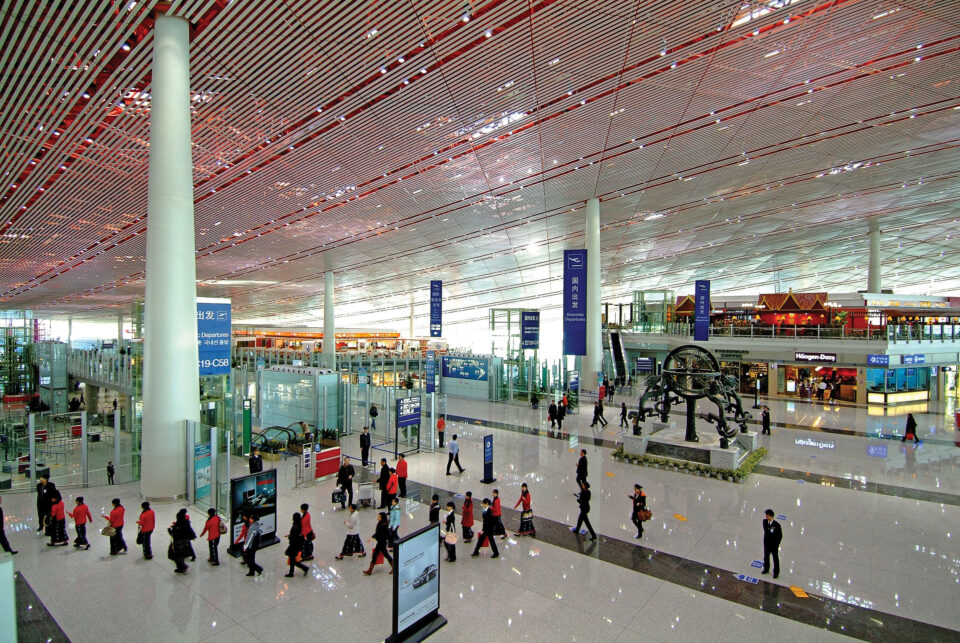 The basics are all there at the Beijing Capital International Airport – the lounges, the free Wi-Fi, the mobile charging stations – but it’s the unexpected features that make it one of the best of 2013. The Luggage Claim Lobby contains four dressing rooms equipped with mirrors, tables, and chairs, so that weary passengers can change clothes after a long flight. A free 24-hour shuttle bus will transport travellers to the Hilton Hotel, where they can use the gym and swimming pool. And for those who think that size matters, Terminal 3 is the second largest airport terminal in the world, after Dubai International Airport’s Terminal 3. 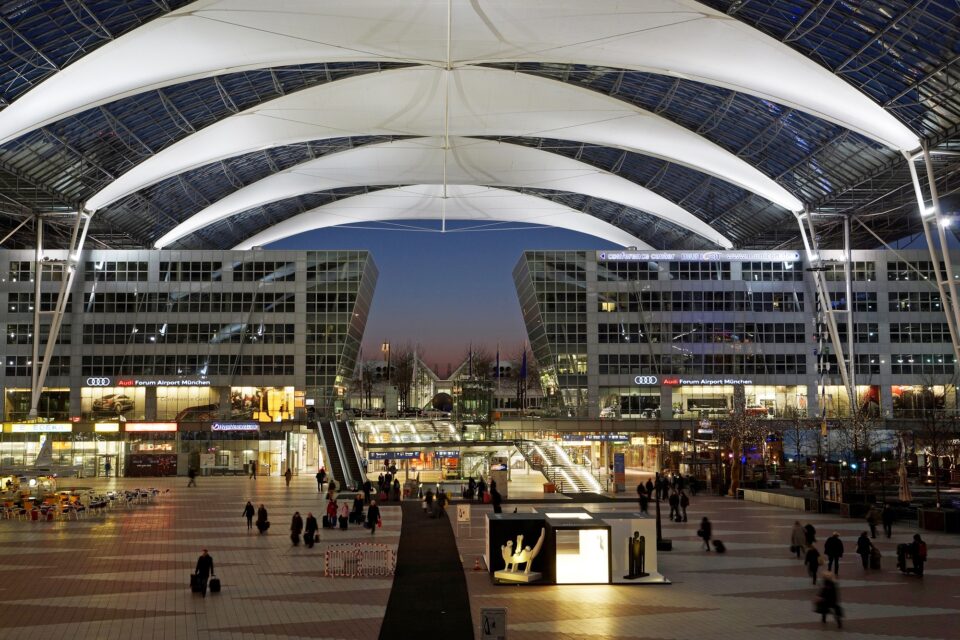 Munich Airport has a long name – Flughafen München Franz Josef Strauß – and an even longer list of reasons it earned itself a spot on this list. In the event of bad weather or delays, passengers curl up on one of the cots supplied for stranded travellers. To pass the time, pay a visit to the Munich Airport Centre (aka MAC), a massive shopping, business, and recreation area, or the Kempinski Fit & Fly Spa. There’s also minigolf, a cinema, several historic aircraft that can be toured, and Airbräu – the world’s first airport brewery, where seven different kinds of beers are brewed. 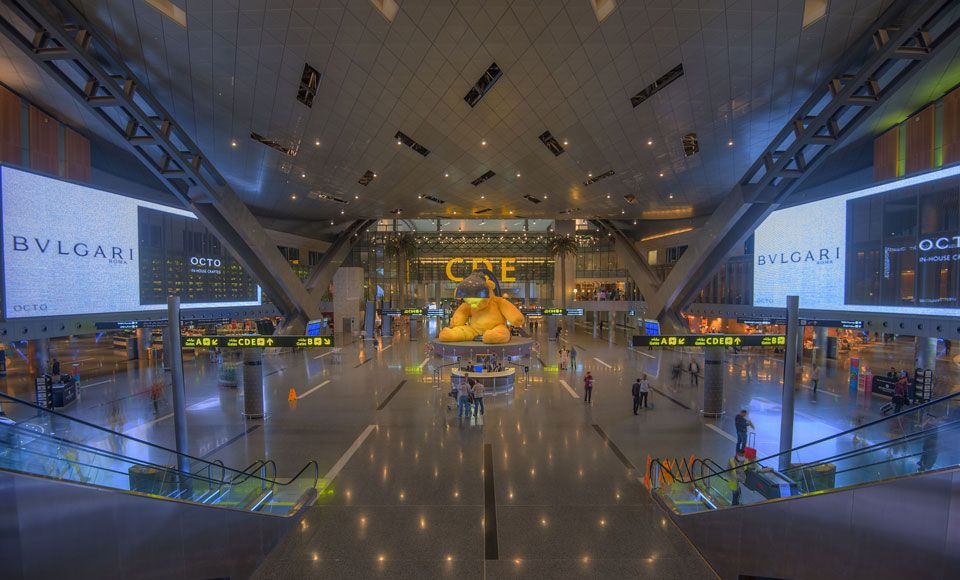 Hamad International Airport in Doha is one destination that continues to freqeunt the list of coolest airports in the world. The space itself is an architectural marvel and features some of the most luxurious fitouts you’ll find in transit. More importantly though Hamad is a true reflection of the progressive growth of Qatar as a whole and the gateway to the world. Bearing this responsibility is no easy feat – HIA costed $16 billion to construct and features a 25 metre swimming pool inside the facility. That’s not to mention the dedicated pre-flight snooze rooms and art deco which includes a seven metre Urs Fischer sculptured teddy bear. Should you need anymore convincing, Skytrax has voted HIA as the ‘Best Airport in the Middle East’ in 2016. 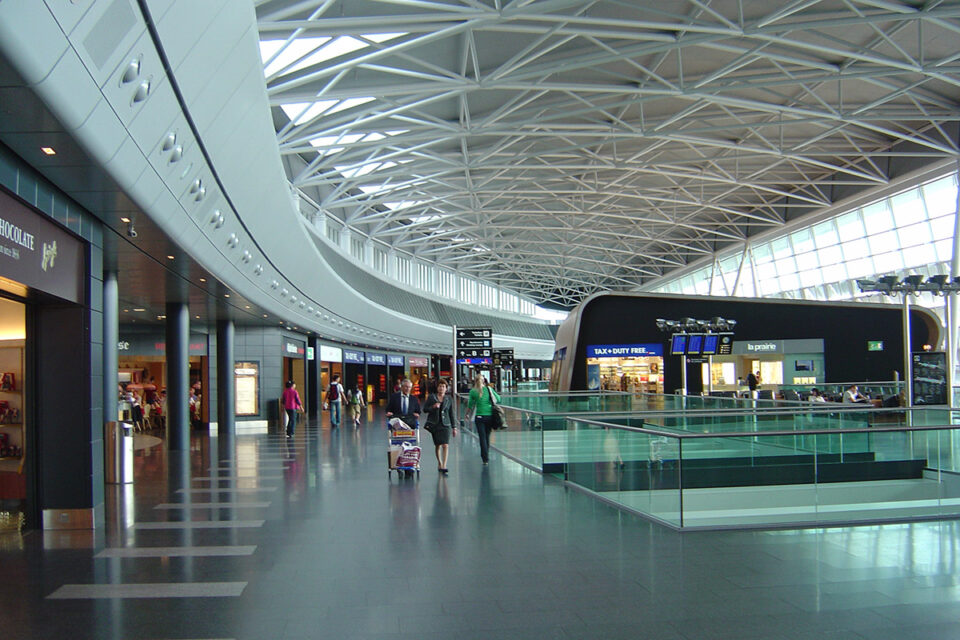 Zurich Airport, ZRH, Flughafen Zürich, Zurich Kloten Airport…call it whatever you want, we’re just calling it “awesome.” Switzerland’s largest international airport represents its nation well – it’s clean, well-maintained, and consciously thought-out. Options for food and shopping are endless, plus passengers can enjoy a clinic, post office, banks, and prayer rooms. Active travellers can rent bicycles, incline skates, and Nordic walking poles in order to enjoy some fresh air in between flights. And be sure you don’t miss the Skymetro rail between Terminals A and E, which pipes in the bucolic sounds of the Alps. 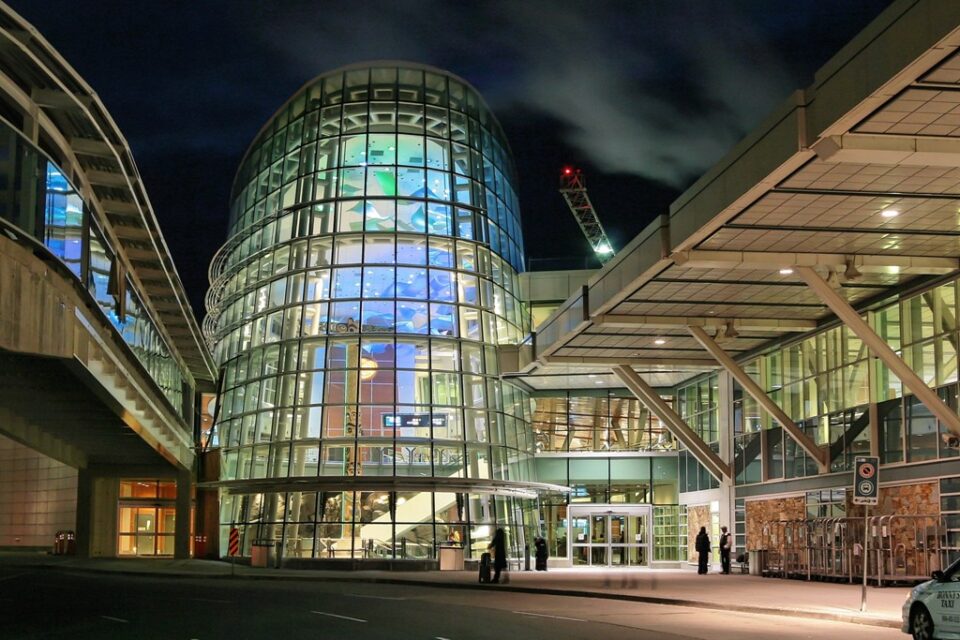 Vancouver International Airport is determined to inject a little serenity into the stressful travel process. Works by native artists are displayed, a fleet of volunteers in green vests serve as staff, and passengers unwind in the Absolute Spa and Hair Salon. The Vancouver Aquarium includes a 30,000-gallon tank where more than 5,000 sea creatures are on view, and another devoted to jellyfish. The airport has won several notable international best airport awards, including the Skytrax Best North American Airport award in 2007, 2010, 2011, 2012, and 2013. YVR is placed 8th overall worldwide and is the only North American airport included in the top 10. 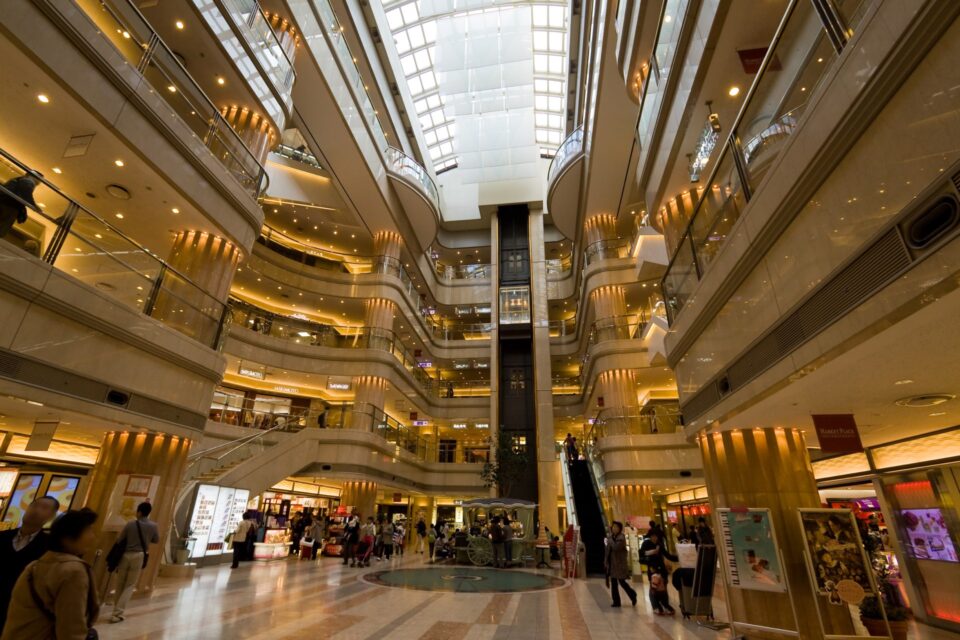 Two airports serve the Greater Tokyo Area, but Haneda is our winner. In December 2009, ForbesTraveller.com recognized Haneda Airport as the most punctual airport in the world for two consecutive years, with 94.3% of its flights departing on time and 88.6% arriving on time. Terminal 1, called “Big Bird” contains a six-story restaurant, shopping area, and rooftop observation deck with an open-air rooftop café. Terminal 2 also features an open-air rooftop restaurant, as well as the 387-room Haneda Excel Hotel Tokyu. There’s even a pet hotel for your furry friends. 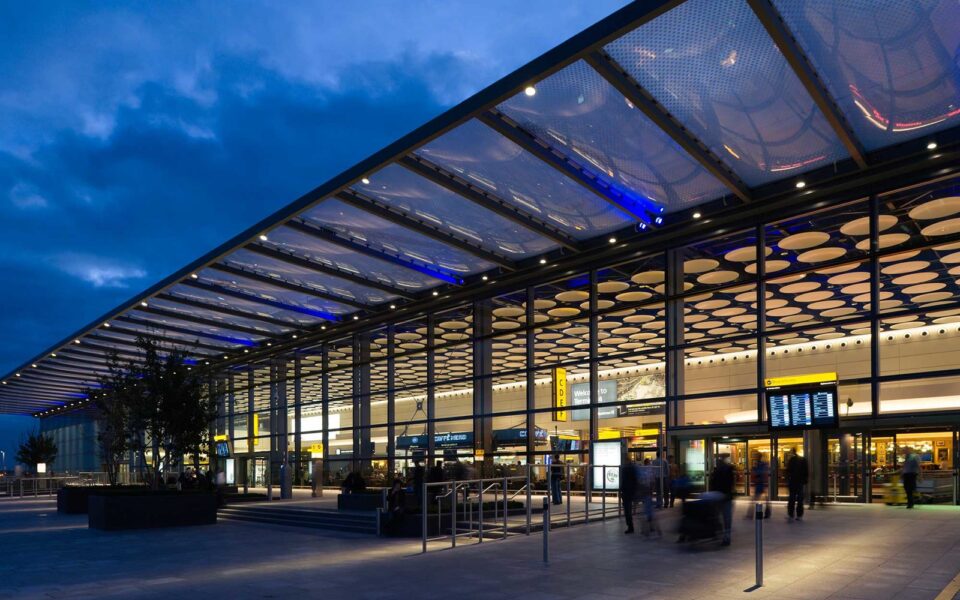 Business travellers can’t do better than London Heathrow Airport. Terminal 5’s Heathrow Boutique offers complimentary personal shoppers to help select a gift or expand your travel wardrobe. The terminal is also home to an 11,000-square-foot Harrods and a gallery exhibiting sculptures from emerging British artists. The airport even has its own resident press corps, which serves all major newspapers and television stations around the world, in case you want to check your celebrity status. 2014 will see more features added to LHR’s already impressive line-up, when the Queen’s Terminal (2) debuts in June with 52 shops and 17 restaurants.