How To Not Get Shot Or Arrested In Dubai 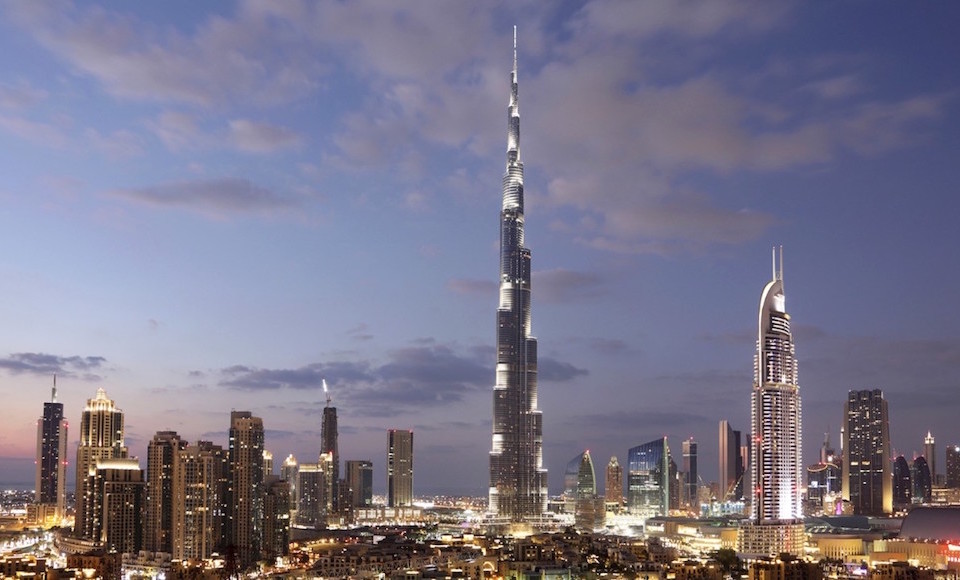 Dubai’s flamboyant rise to fame has the whole world watching. From its 18th century origins as a fishing village, to its growing relevance as a trading port, to the booming oil era and the unparalleled glitz of the modern city, Dubai is the jewel in the crown of the UAE.

Here you’ll find some of the planet’s most impressive structures, including the world’s tallest building, the Burj Khalifa, and the sail-shaped Burj Al Arab, a hotel frequently referred to as “the world’s only 7-star.” Along with the record-breaking architecture and the extravagant hotels, Dubai is home to indoor ski slopes, man-made islands, multiple water parks, dozens of mega malls, and long stretches of inviting golden sand.

It’s easy to see why the city has become known as a playground for the rich – the Manhattan of the Middle East – and draws millions of visitors each year. Dubai has all the hallmarks of a perfect tourist destination, but there are caveats.

Beneath its glossy veneer and seemingly liberal ways, Dubai is an Islamic state, and tourists are expected to comply with local customs or risk consequences. Learning Dubai etiquette is essential for any smart traveller. Below are some general rules to abide by to avoid causing offence or running afoul of the law.

Faith is at the heart of many of Dubai’s laws and social observances. Islam is the official state religion of the UAE, and though significant populations of other religious communities reside in Dubai, the emirate operates in accordance with Muslim traditions. Mosques are dotted throughout the city and the call to prayer, the adhan, rings through the streets daily.

Travellers must remain respectful of all local religious beliefs and practices while in Dubai. Those who are curious to learn more can visit one of the mosques open to non-Muslims. The magnificent Jumeirah Mosque is the most famous and accessible. Both men and women are encouraged to dress modestly when visiting mosques, and traditional clothing may often be borrowed for free before entering.

Ramadan, the ninth month of the Muslim calendar, is observed by Muslims with a month of fasting. From dawn to sunset, Muslims refrain from consuming food and drinking liquids, and exercise restraint around other sinful behaviors like smoking, sexual activity, and cursing. Tourists who visit during the holy month should refrain from eating, drinking, smoking, and any loud activities in public during daylight hours. Non-Muslims may eat and drink in designated areas (often found in larger hotels ) during any hours, then join Dubai’s Muslim population as they break their fast at night with a traditional meal called iftar.

Appropriate dress is a key piece of basic Dubai etiquette. All visitors should dress modestly, particularly if visiting religious sites and other conservative areas. Emirati men traditionally wear a long and loose-fitting white robe that goes by a variety of names, along with a headscarf. Footwear is often sandals, sometimes sneakers or dress shoes.

As a tourist, you are not required to adopt the same dress code, though you may find it excels at keeping you cool in Dubai’s desert climate. Male visitors should not wear anything that’s transparent or exposes too much of the body (even shorts may draw stares in some places). Avoid any clothing with offensive pictures or slogans. Do not go shirtless in public. Cover more if you plan to enter a mosque. The exceptions to Dubai’s sartorial rules are the beach, pools, and waterparks, where skimpier clothing and all kinds of swimwear are admissible.

Foreigners in Dubai may discover two sides to the city. On one hand, its deep religious ties necessitate a code of behaviour that seems strict to westerners. Public drunkenness is not just frowned upon, it can lead to a fine (or worse). Public displays of affection beyond holding hands are similarly taboo and have landed visitors in hot water. Noise disruptions, foul language, obscene gestures, and showing scorn for local religion or leaders can also lead to legal trouble.

But don’t let Dubai’s labyrinth of laws and customs scare you off. Once you’re on the ground, many visitors find the locals to be warm, welcoming, and more open-minded than expected. Courtesy and hospitality are valued highly in Dubai; provided you are not blatantly disrespectful, you will be treated to both.

A few basic niceties to keep in mind: gesture with a whole hand rather than a finger, avoid showing the soles of your feet or pointing your foot at anyone, only shake hands with Arab women if they initiate, remove your shoes (and make sure your socks are clean) when entering someone’s home.

If you’ve made an effort to follow the above guidelines, you may find yourself invited to break bread with a local. Along with discarding footwear, guests should observe a variety of polite practices.

It’s customary to inquire after someone’s health after shaking hands. Expect similar enquires to be made in return. If business is on the menu, do not bring it up until the cordial small talk is complete and you have accepted any refreshments offered by your host. Stand when new guests enter the room, particularly if they are older or higher-ranking people. Men should also stand when a woman arrives.

Be gracious in accepting food and drink whenever it’s offered. Take both with your right hand. This is also the hand you should use when eating, as the left is considered unclean. Sit with your feet flat on the ground to avoid unintentionally exposing your soles and do not cross your legs. You are not expected to have a native’s grasp of Dubai’s social subtleties, but a little knowledge goes a long way.

Other Do’s And Don’ts

A few final words before we send you off to explore the diverse, dynamic city of Dubai solo. Abide by these six last tips to keep yourself clear of any legal trouble – because even if the cop cars are Bentleys and McLarens and Lambos, it still sucks to be in the back of one.

Now that you know what not to do, here’s what you absolutely should do: 7 Crazy Things You Can Only Do In Dubai.

Burj Khalifa: the tallest man-made structure in the world 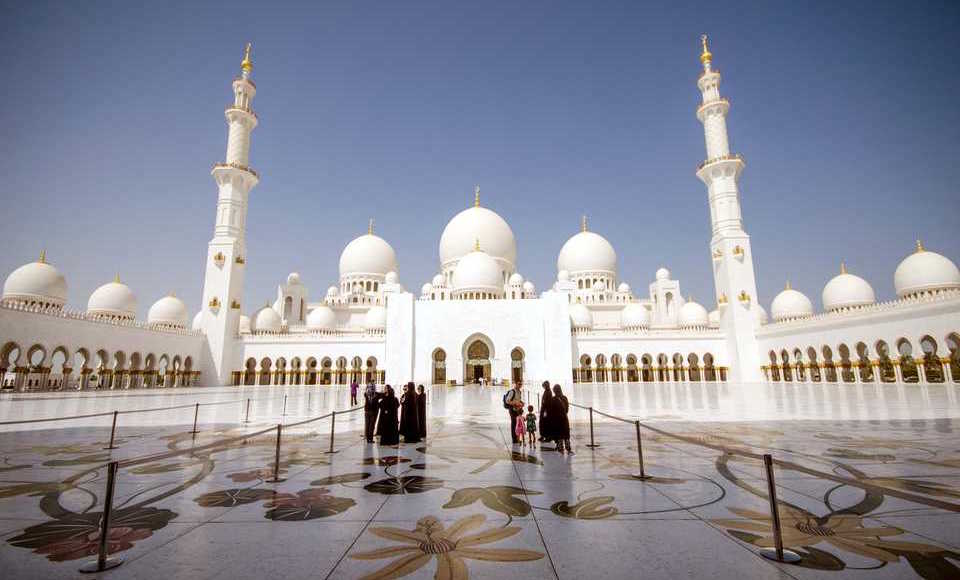 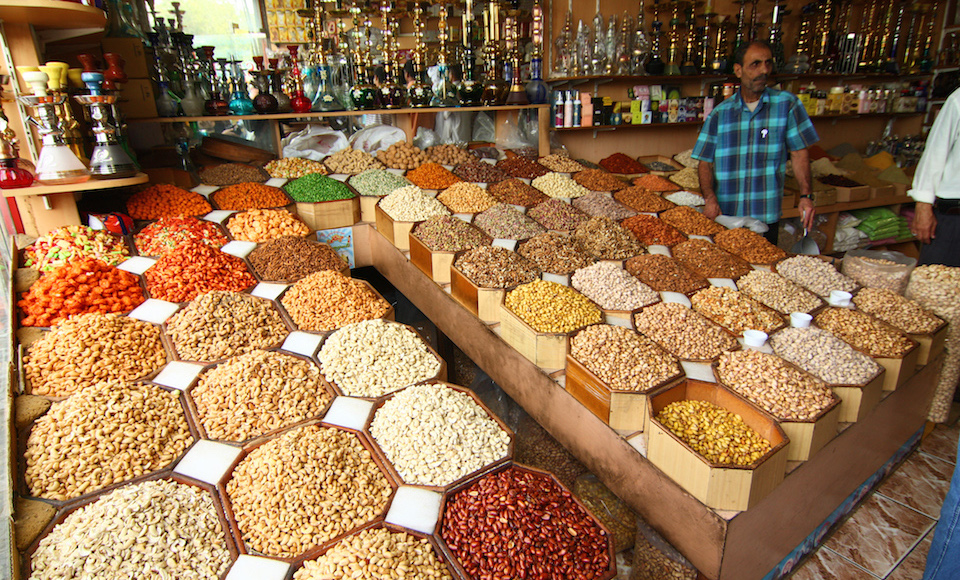 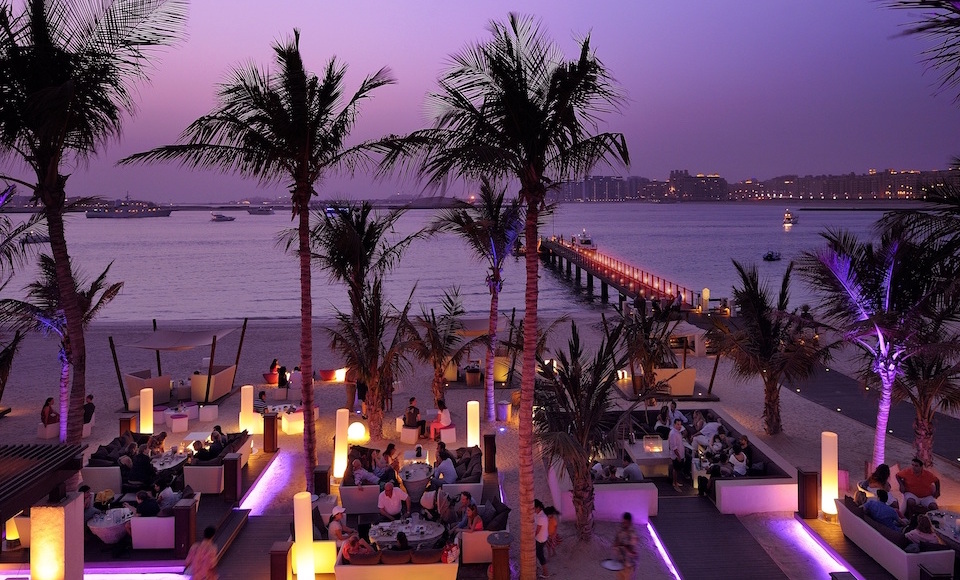 Jetty Lounge at The One&Only Royal Mirage: drink up (legally!) 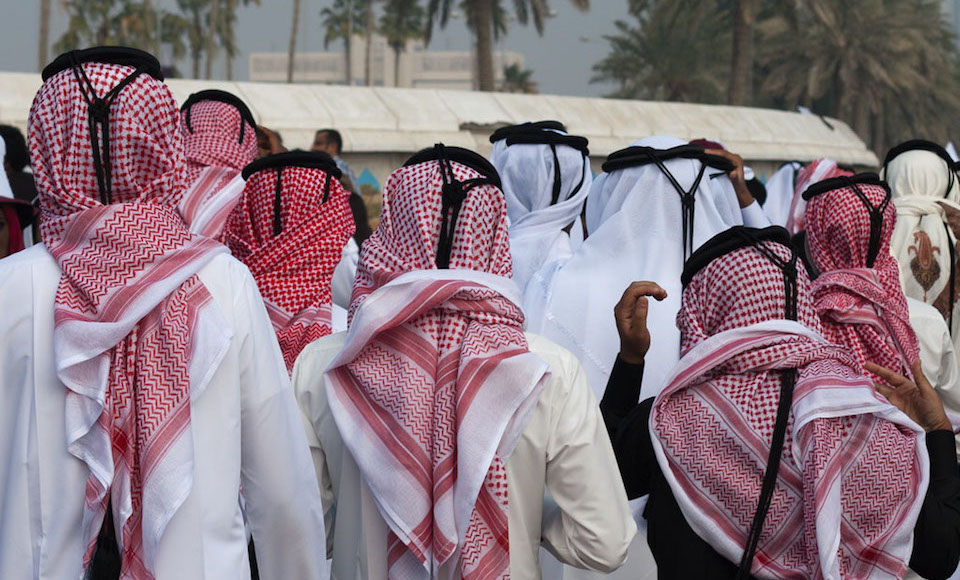 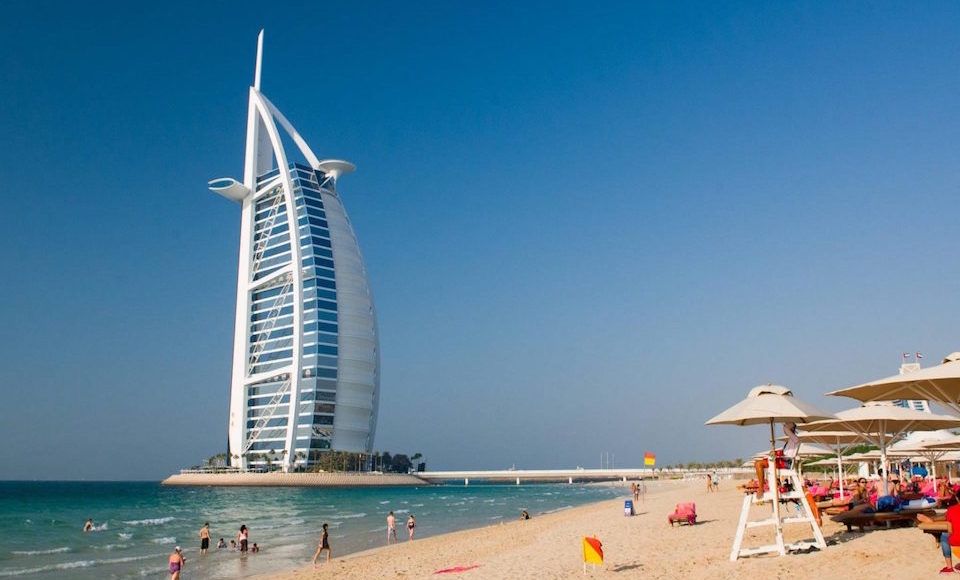 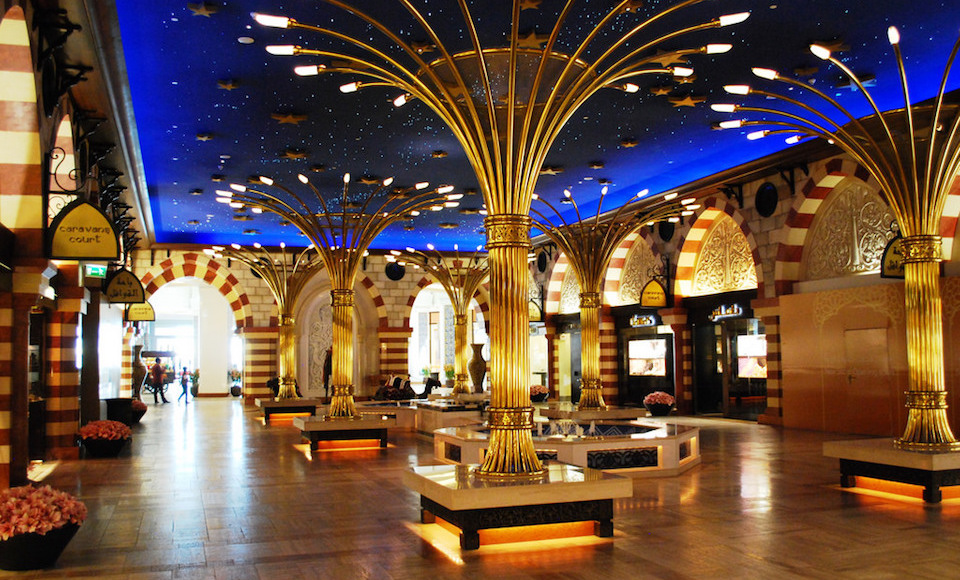 Inside the Dubai Mall 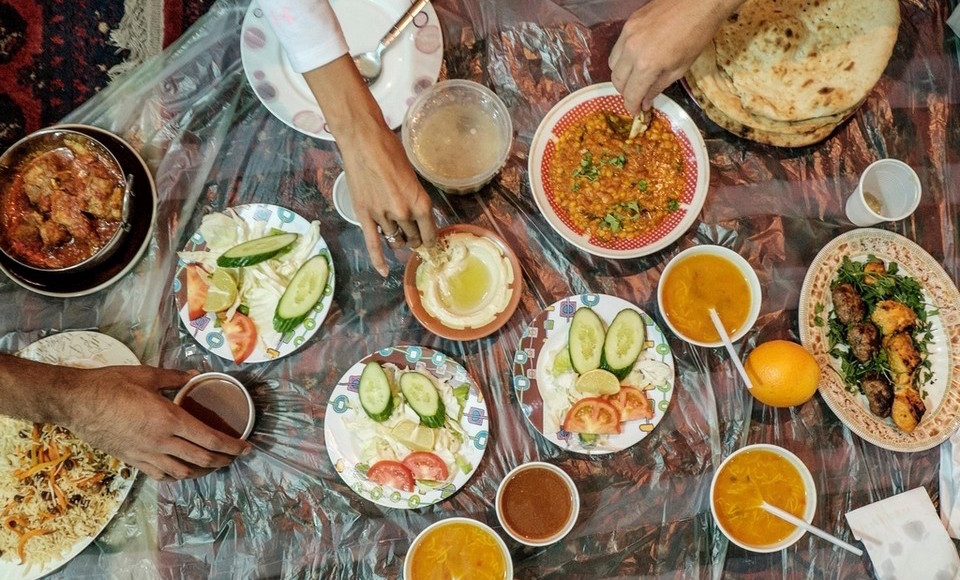 A traditional iftar meal to break the fast during Ramadan 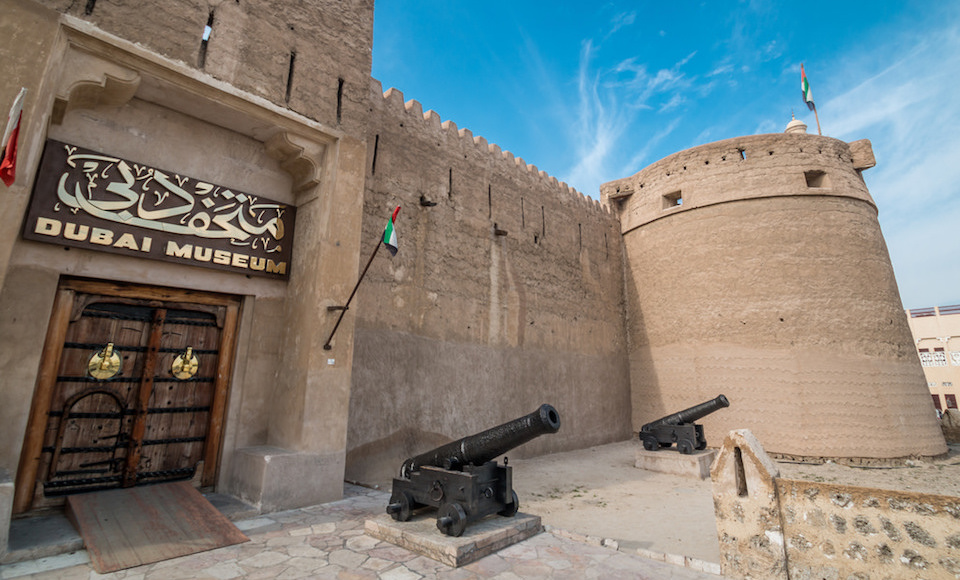 Dubai Museum in the oldest existing building in the city 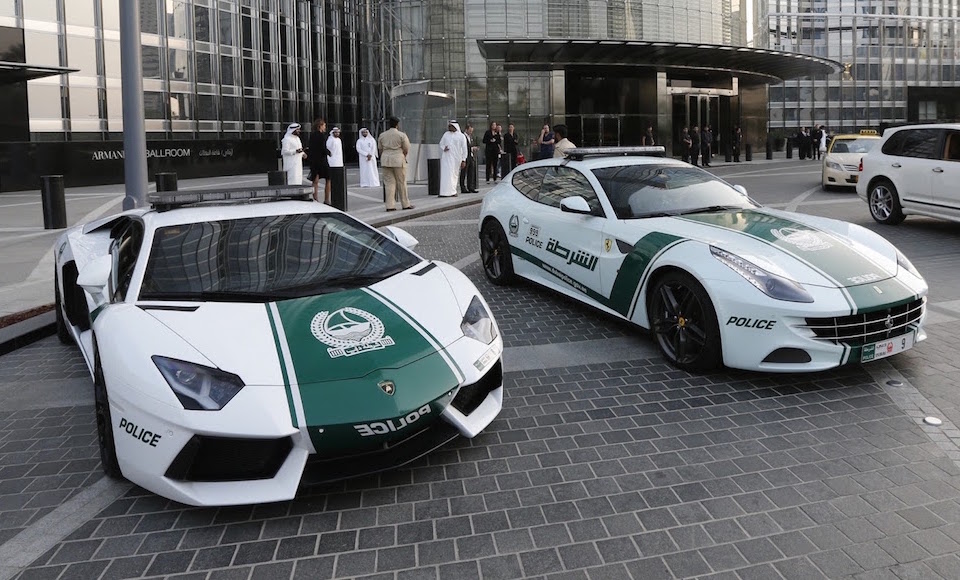 Bad boys, bad boys, whatcha gonna do when the supercars come for you? 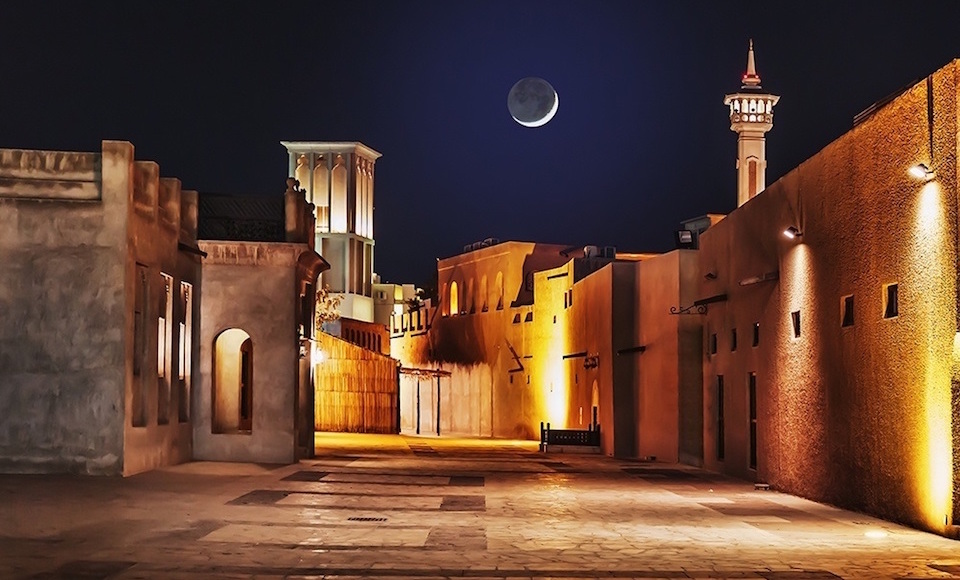