An Exclusive Look At 70 Years Of Iconic Vespa Innovation & Design 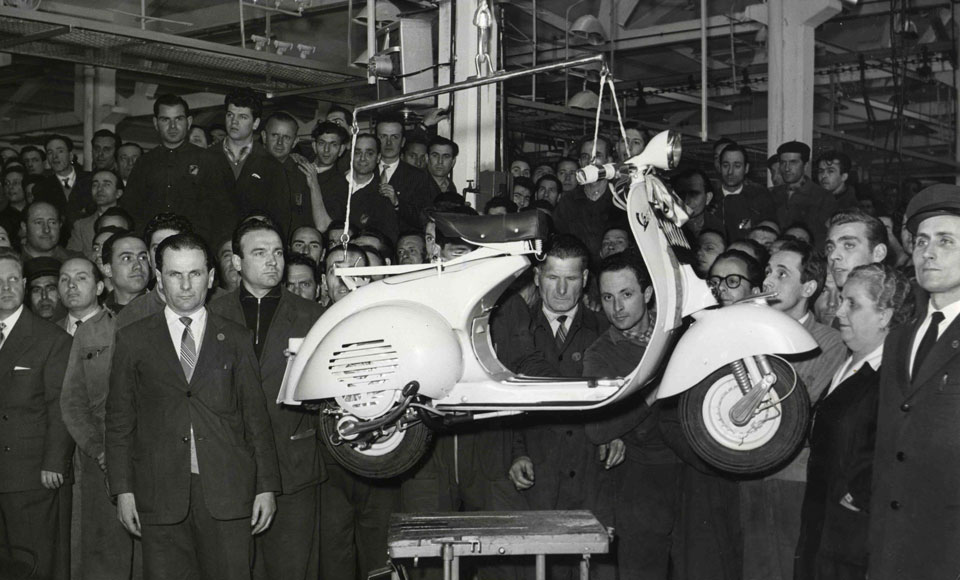 The Vespa name is renowned the world over by legions of riders.

This reputation was never just about an overnight success though. Since its humble inception in 1946 by Piaggio, the Vespa, which means ‘wasp’ in Italian, has become a style icon in its own right.

Heralded for their signature front fairing and body design, the Vespa slowly became the prime form of transport for millions around the world who lived in major cities.

For some, the Vespa became more than just a mode of transport as stylish folk began inheriting the unique Italian lines, bold colours and extensive list of custom accessories.

We sat down with Vespa’s Head of Design, Marco Lambri to find out how Vespas are made and why they’ll continue to be the premiere mode of mass transport on two wheels for generations to come. 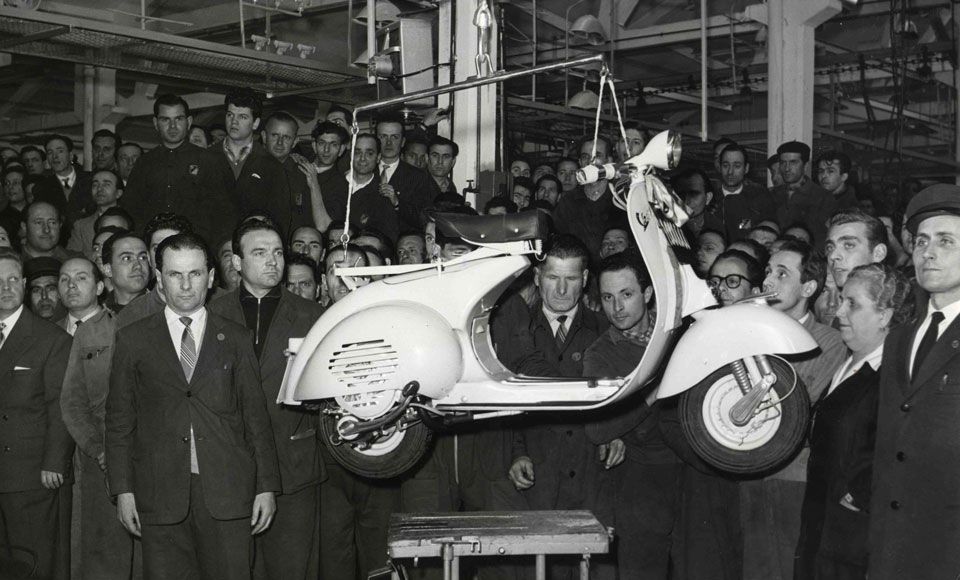 In a world of design where the wild, outrageous and even weird receive all the attention, Vespa has remained true to its core design without looking dated. Achieving this monumental feat with every new model iteration is a task that Lambri calls “Preserving while changing”.

In other words, don’t mess with an icon; instead, manage the change by respecting Vespa’s inherent history and values.

“Everything has changed from the first Vespa, the legendary 98cc,” explains Lambri.

“The original Vespa and the latest models do not share even one, even the tiniest component. Yet, even the latest Vespa is immediately recognisable as a Vespa.”

The reason for this? Vespa’s style values have always been respected, with lines that were always classic but fully in tune with the times. This, according to Lambri is why Vespa is still a household name today. 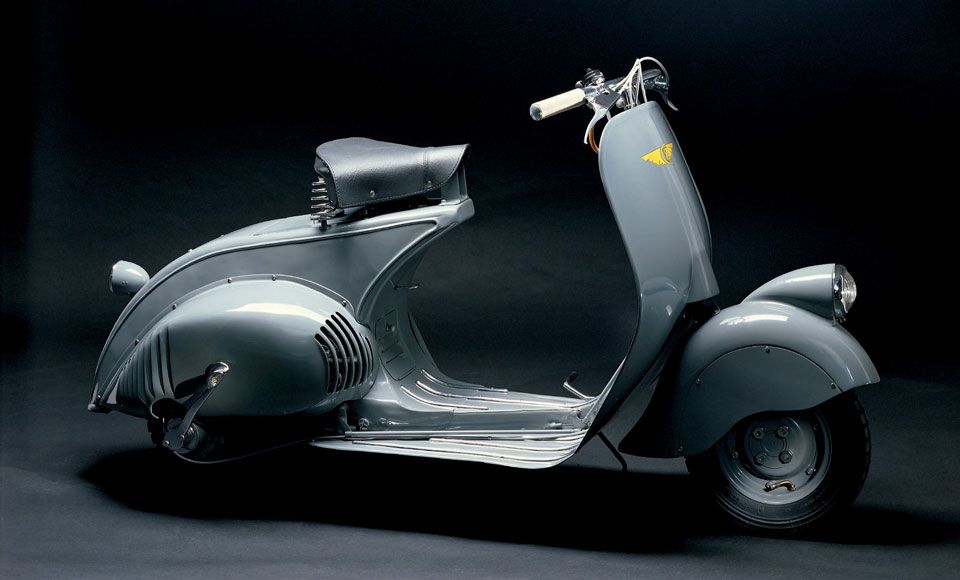 Inspirational design is what makes the Vespa instantly recognisable amongst a sea of scooters in the world.

To continually be inspired, Lambri and his team always draws from Vespa’s history – that is, a tradition of a vehicle conceived with a human at the centre of the design.

From here, the Vespa was able to evolve in terms of technology as well as style.

“It embodied, at all times, the best available technology,” explains Lambri. “This has always been our goal.”

More specifically, all of Vespa’s modern scooters all began at the same point – from incredibly simple models of the past which featured basic design and construction.

Eventually they’d evolve into today’s models such as the Vespa Primavera, Vespa Sprint, Vespa GTS which adds layers to that proven foundation.

The one uniform part of Vespa which was never compromised? A unibody built entirely out of steel. 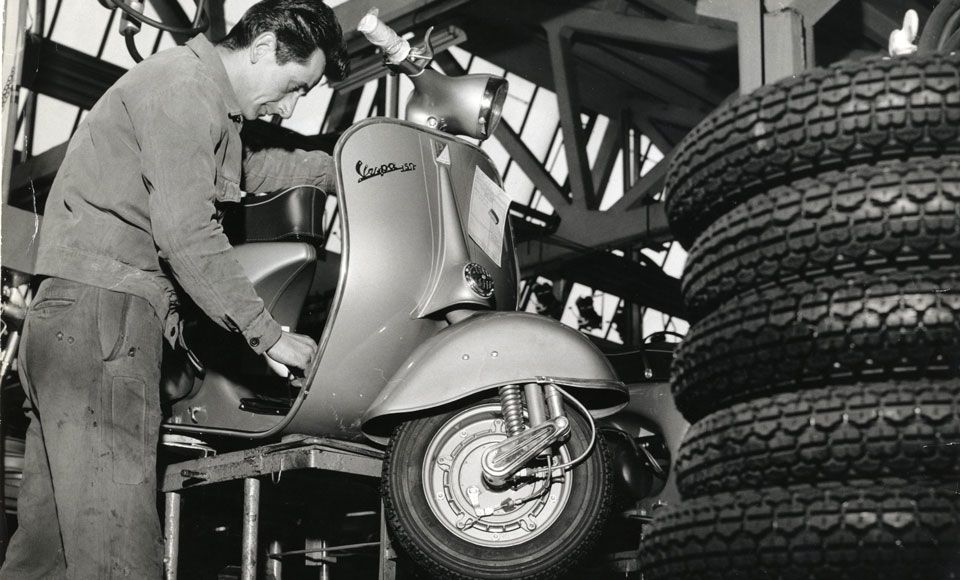 An icon on two wheels

Piaggio’s Centro Stile includes over 50 skilled personnel. Of that crew, two or three are the managers, each of whom is a specialist in a specific area overseeing the Vespa design.

The head of the Centro Stile coordinates all activities and has the final say on stylistic choices. That design is then submitted to senior management to make the final choices.

This is a crucial part of the Vespa design stage as it is about providing customers with a personal that is both functional and fashionable.

“The strong personality allowed Vespa to be always above of fashion, to dictate new ways in style rather than follow,” explains Lambri.

“The great feature, the uniqueness, if you wish, of Vespa is the fact that it went beyond its role of easy and elegant vehicle, perfect for commuting, and became a symbol of the various eras through its life.”

“Today, Vespa is much more than a mere means of transportation. It is a symbol of Italian technology and style throughout the world.”

One can argue that Vespa embodies the most classic, but also the youngest and most irreverent aspect of urban transportation. The secret to Vespa’s success was the ability to interpret the yearning for mobility and freedom of generations of young people throughout the world.

As it was common for a Vespa to be passed down from father to son, the practice slowly became a tradition in looking after a family heirloom. The soul of Vespa was therefore created, maintained and preserved by its owners well beyond the average lifetime of any other vehicle.

Some even call it a cult object. The more sane call it a true collector’s item. 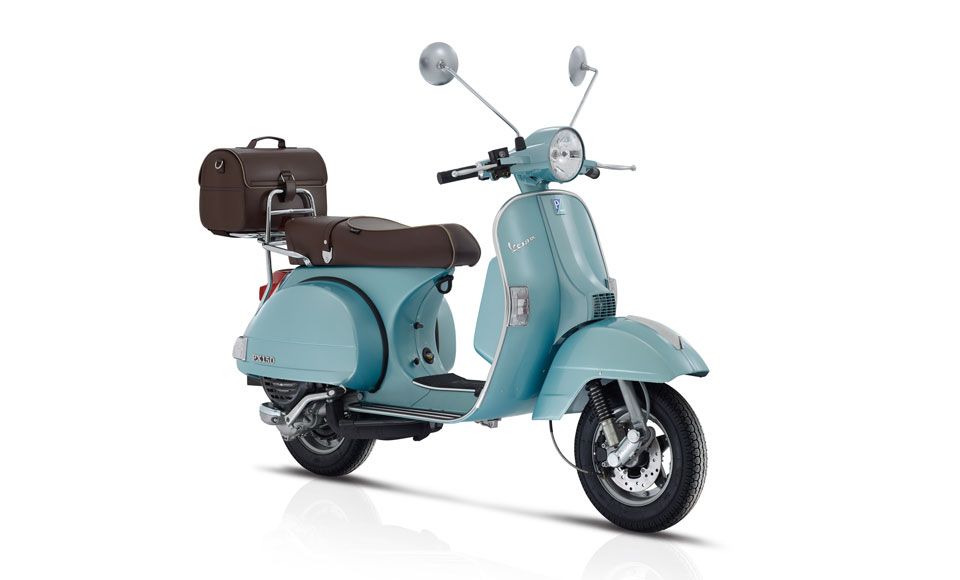 Vespa is now going through one of the most successful periods of its life with over one and a half million units sold in the last ten years.

A lot of this has to do with the brand’s distinct ability to renew itself and evolve over time, whilst remaining faithful to its European roots.

Vespa’s future, according to Lambri, will develop along this path.

“In the years to come Vespa may be electrically powered, may be different than today’s Vespa from a mechanical point of view, but it will be, unmistakably, a Vespa. Just like it was in 1946.” 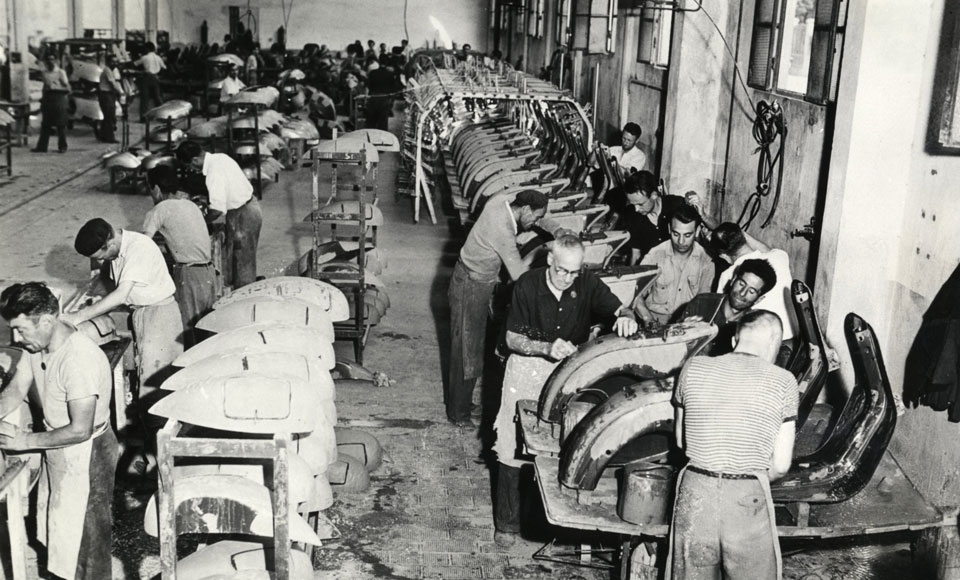 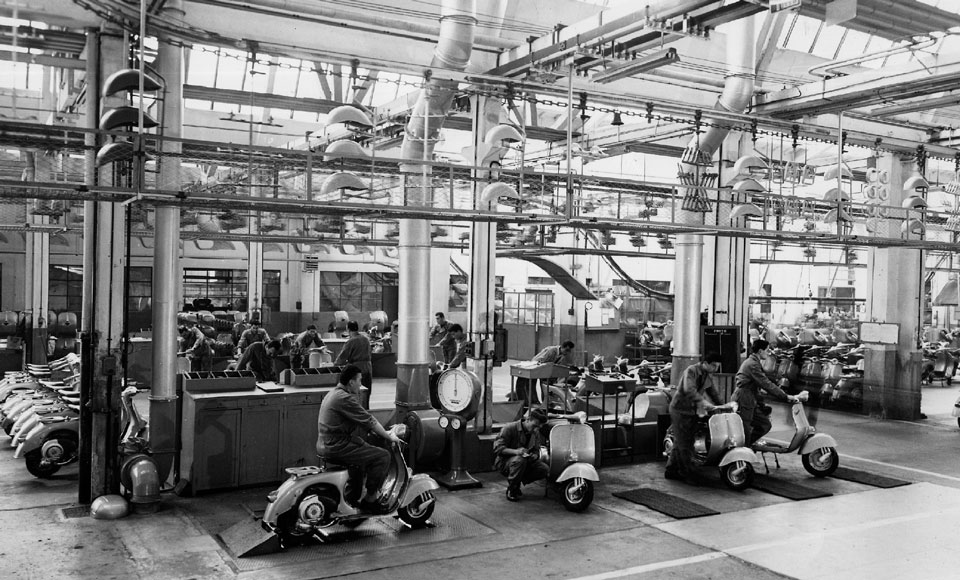 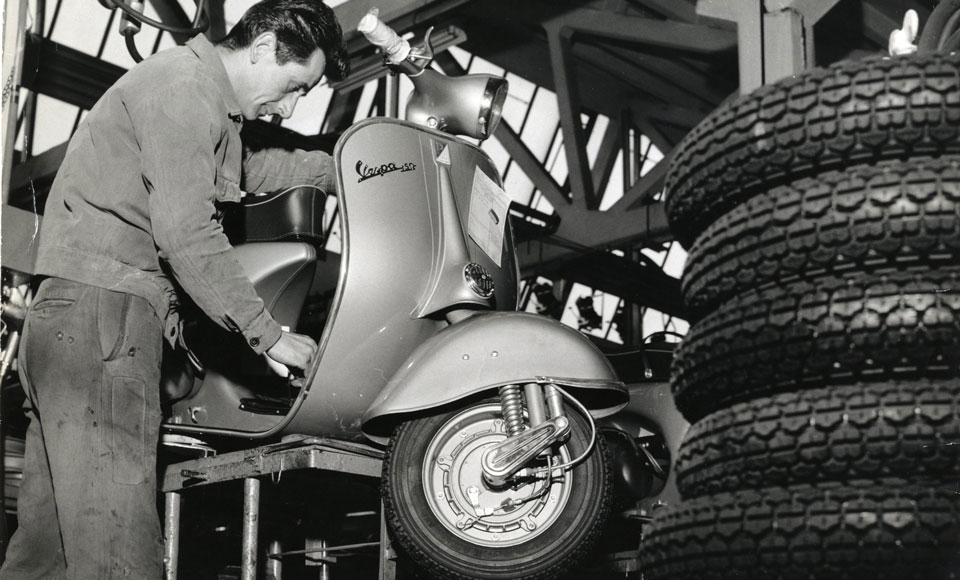 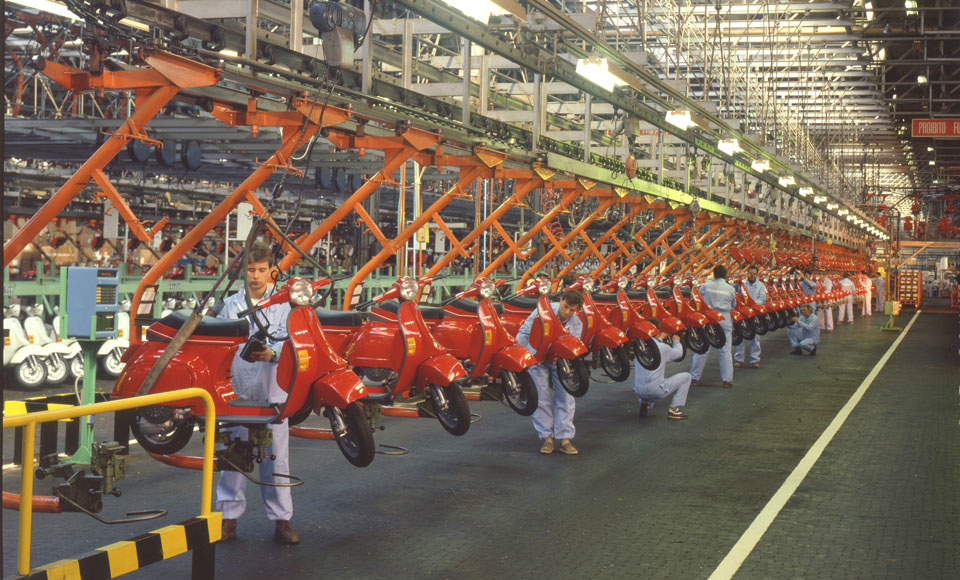 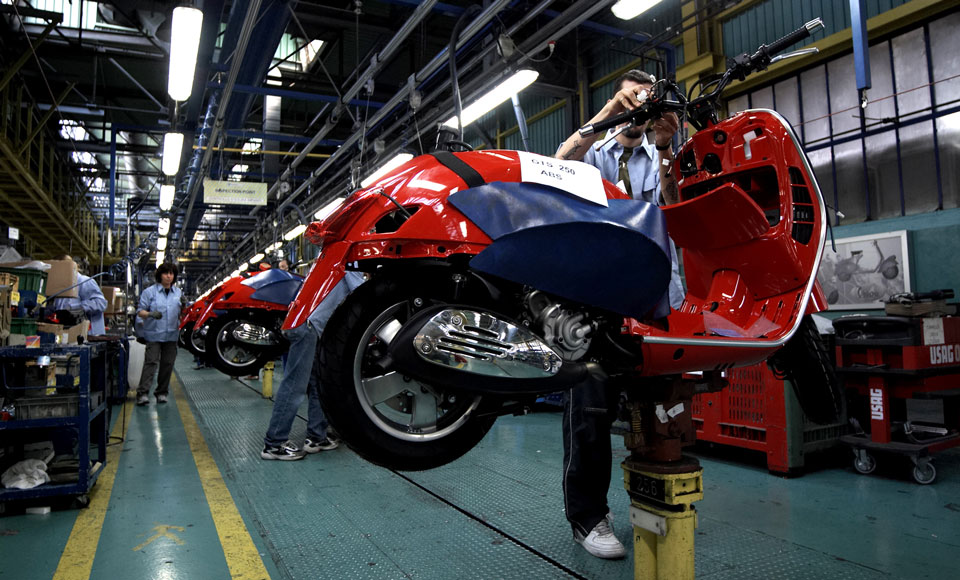 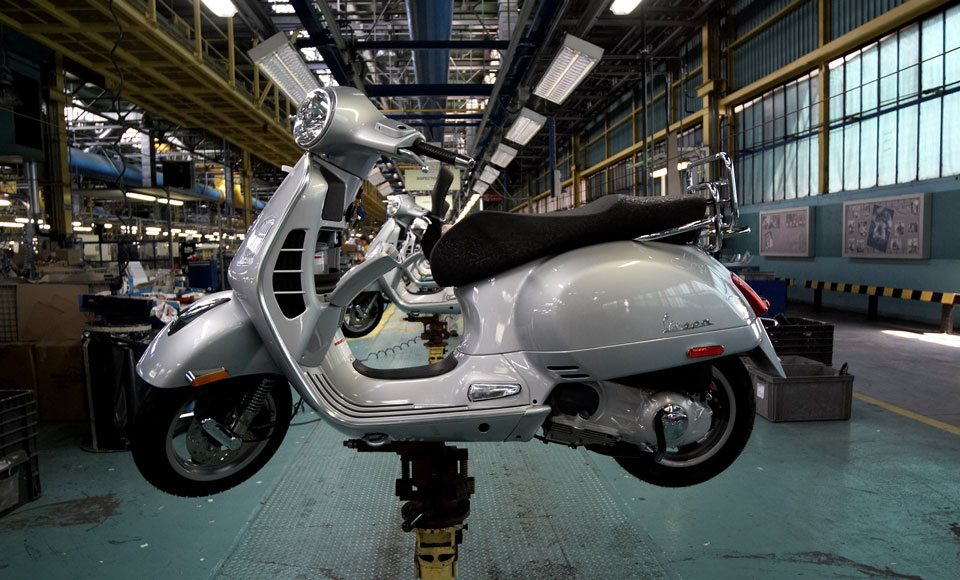 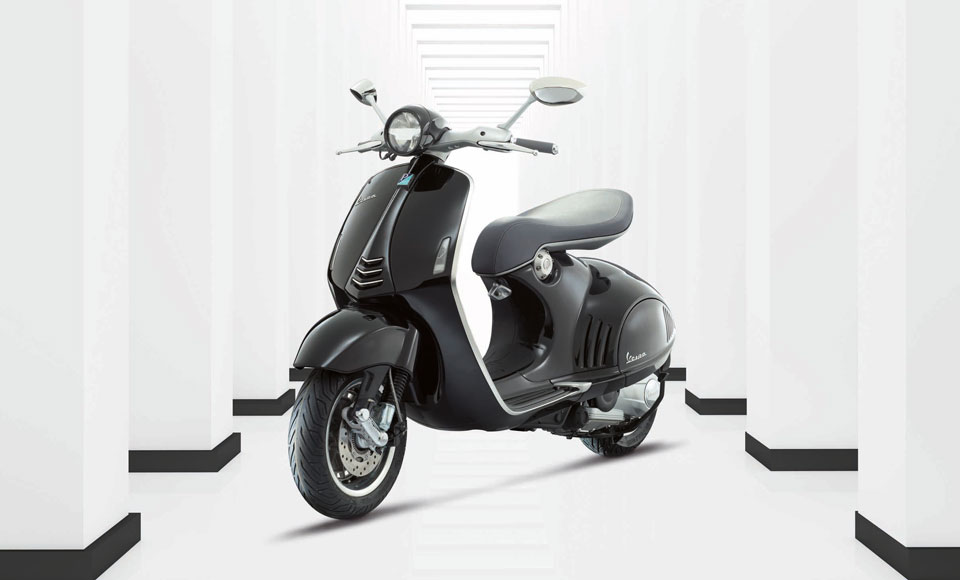 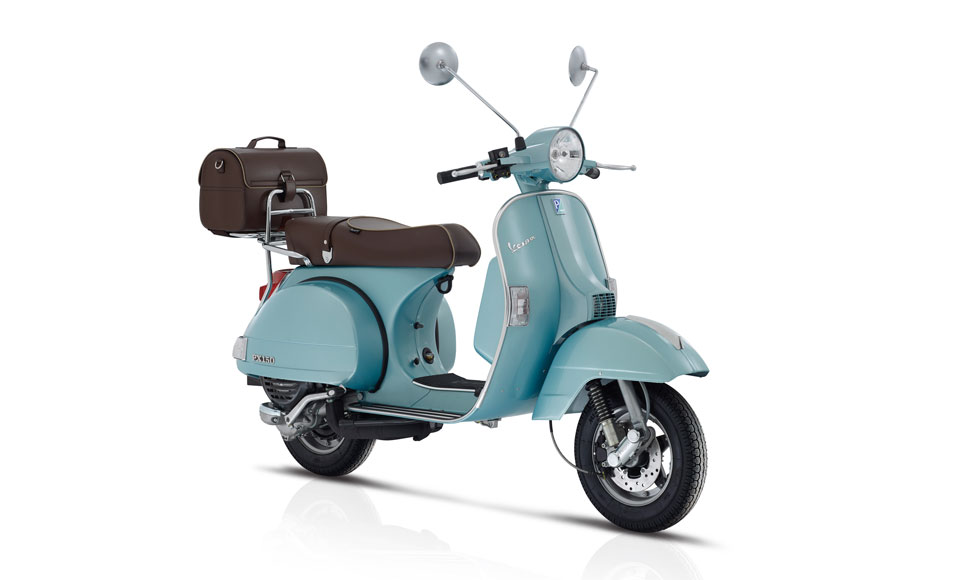