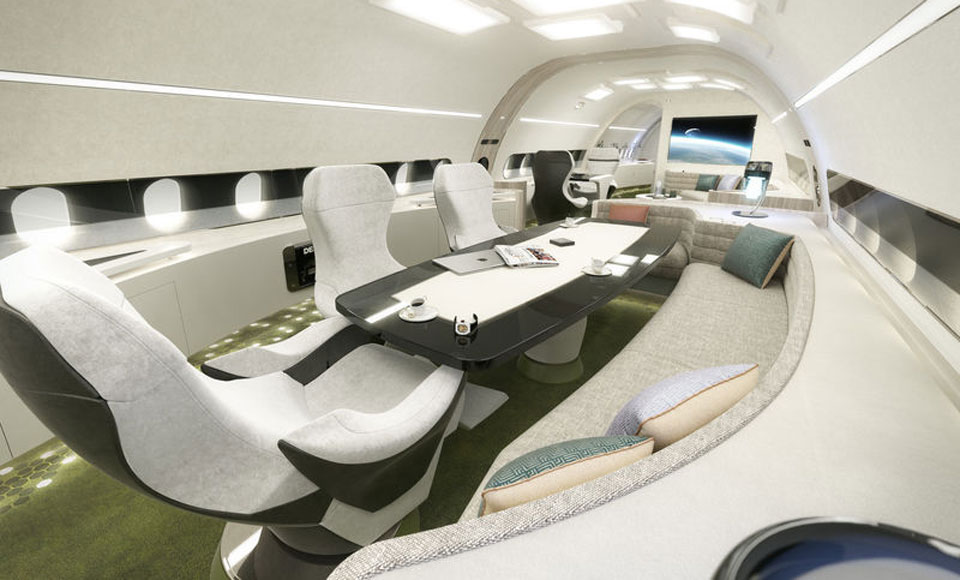 The private jet fit outs are rolling out in force this week first with Lufthansa’s visually stunning offering and now with Airbus’ final single aisle jet in production, the A320neo ‘Melody’ edition.

Not only is there millions already piled into the jet alone from well-heeled owners but also an immaculate interior fit out that will make any greenie mogul cry organic tears of joy.

Officially dubbed the ACJ320neo, the private jet straddles the fine line between corporate flyer and millionaire playboy. The bright hues of white and green pairs seamlessly with dramatic flowing lines which the designers say are “inspired by hilly horizons, rolling rivers and other curves of nature”.

Look around and there are almost no sharp edges. Technology and creature comforts is however in abundance with a dedicated chef’s kitchen, bathrooms with ‘magic glass’ which can automatically go from opaque to translucent at the push of a button and a conference area for up to six guests.

For the film and audiophiles the entertainment section is looked after with a curved 65 inch screen and roof mounted speakers which extends throughout the plane. A plane of this calibre doesn’t cut corners hence the ACJ320neo features carbon honeycomb construction with integrated windows which tints accordingly to the passenger’s wish.

Have a few dollars to spare? Lock yours in at Airbus now. 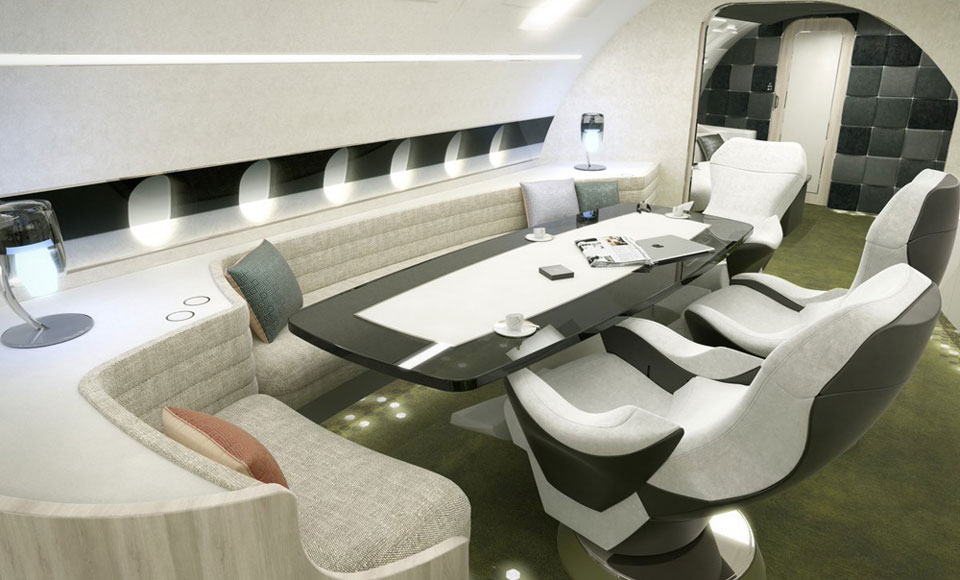 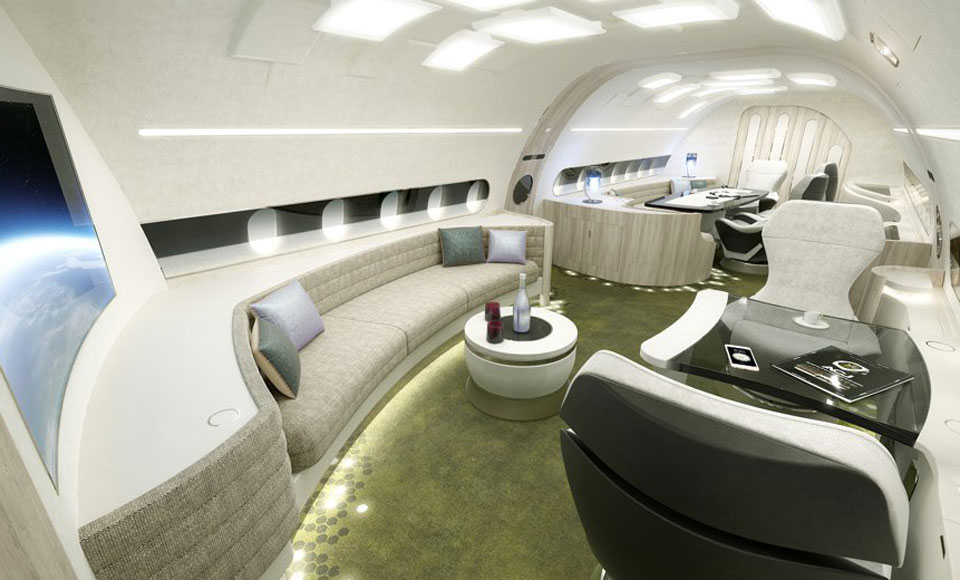 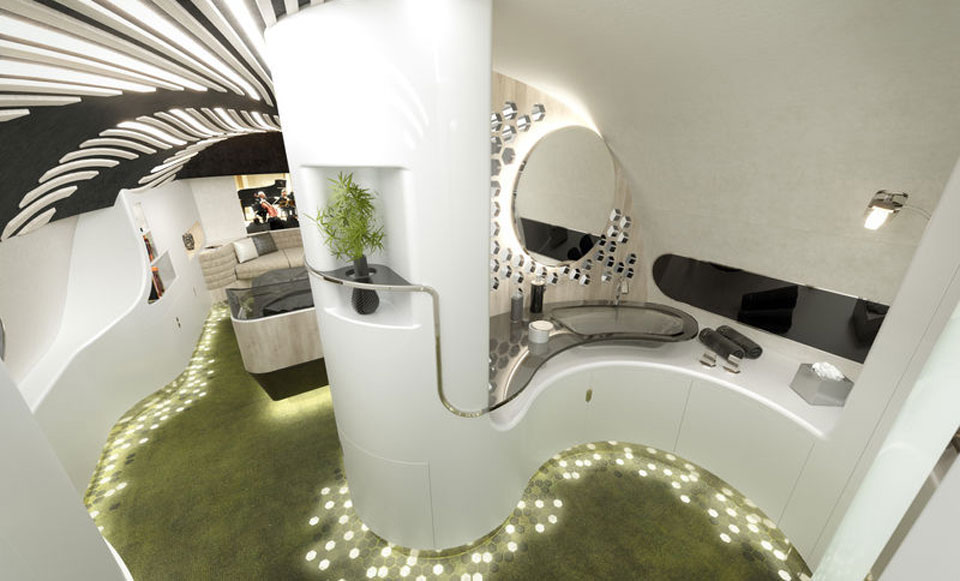