These Are The Best Dressed Men Of 2016 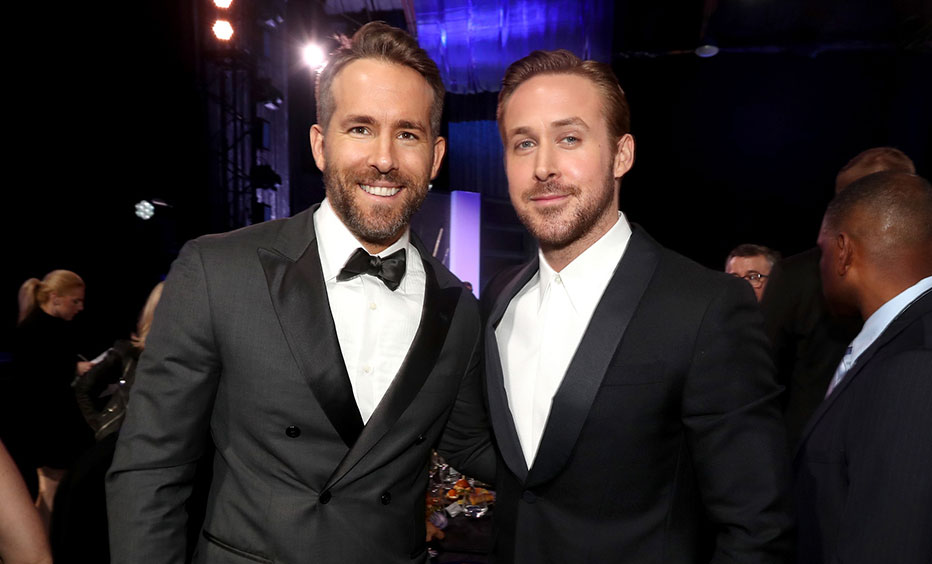 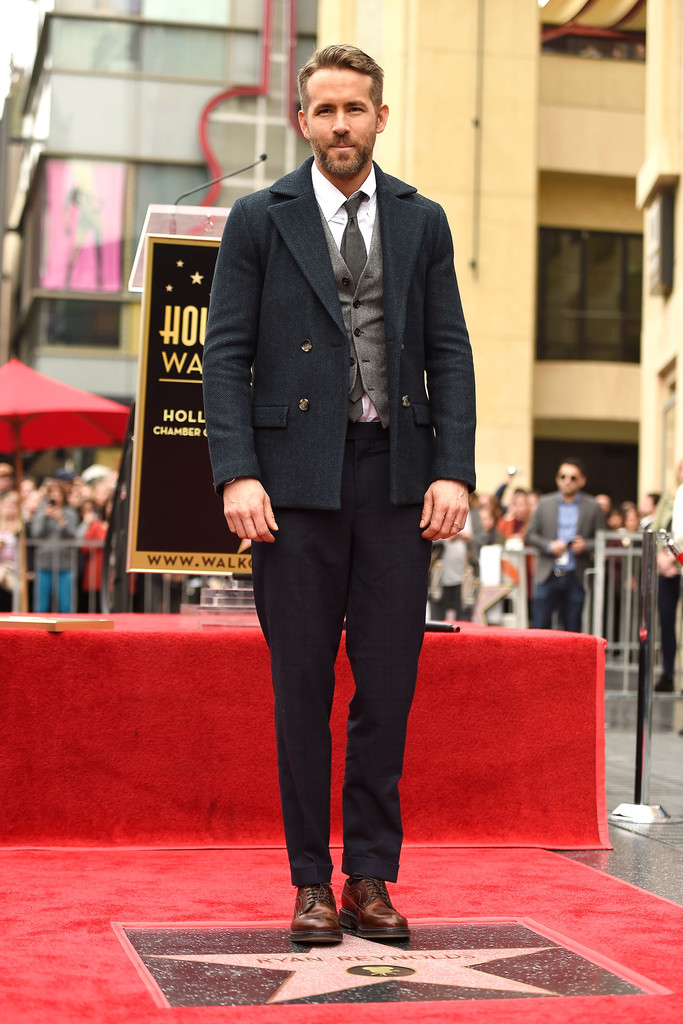 1 of 20
Ryan Reynolds
The picture-perfect family man and newly crowned Hollywood royalty has been in the Hollywood game for a while but it’s only when he began to rise the ranks in recent years that his dapper choice of wardrobe also followed suit (see: Van Wilder). Speaking of suit, Reynolds is a man who regularly champions them. For his efforts in his dapper pursuit, Reynolds gets a gold star for redefining the meaning of dressing like a dad. 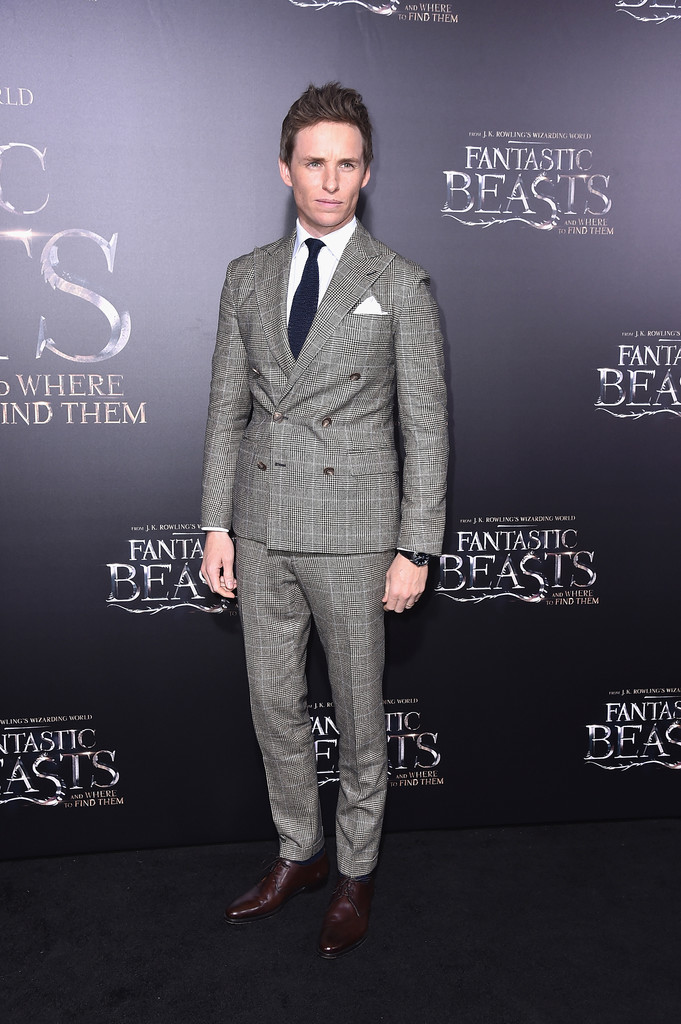 2 of 20
Eddie Redmayne
The Brit actor is still in the talking circles with his various 2016 film roles and he continues to look like a model straight out of a Burberry campaign. 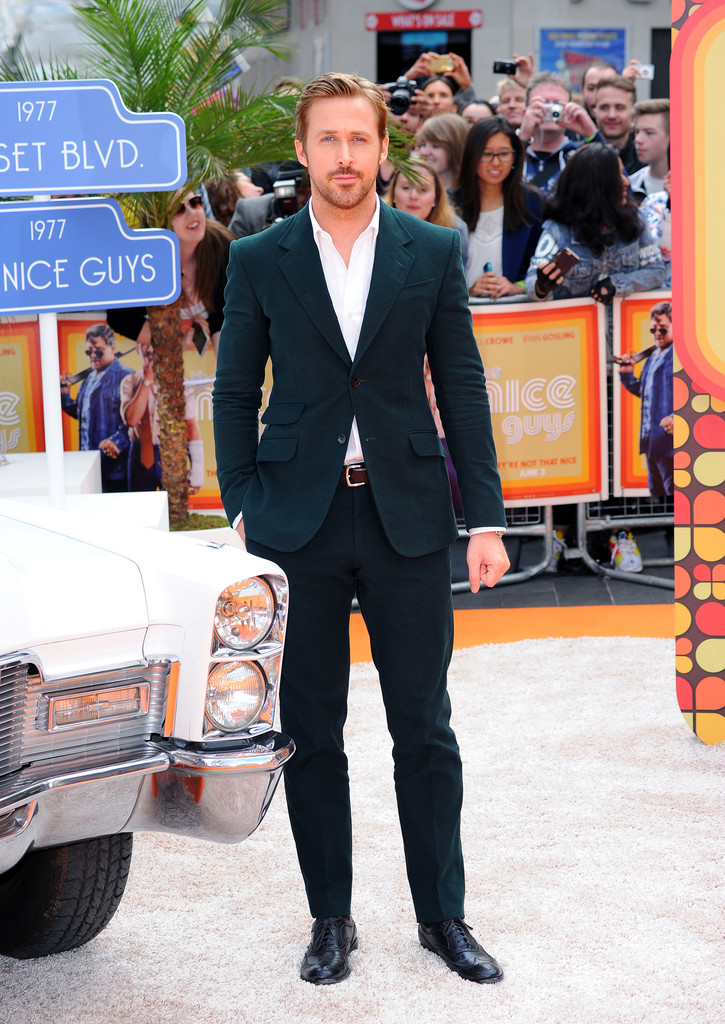 3 of 20
Ryan Gosling
Similar to his other Canadian-Ryan counterpart, Gosling has been on the quieter side of the flashing lights in 2016. Although when he does show up for the odd film launch, you can bet your impeccably fitted suit that the old dog hasn’t lost it. As a new father, Gosling continues to ride his sartorial success with cool suits and a an even cooler demeanour. 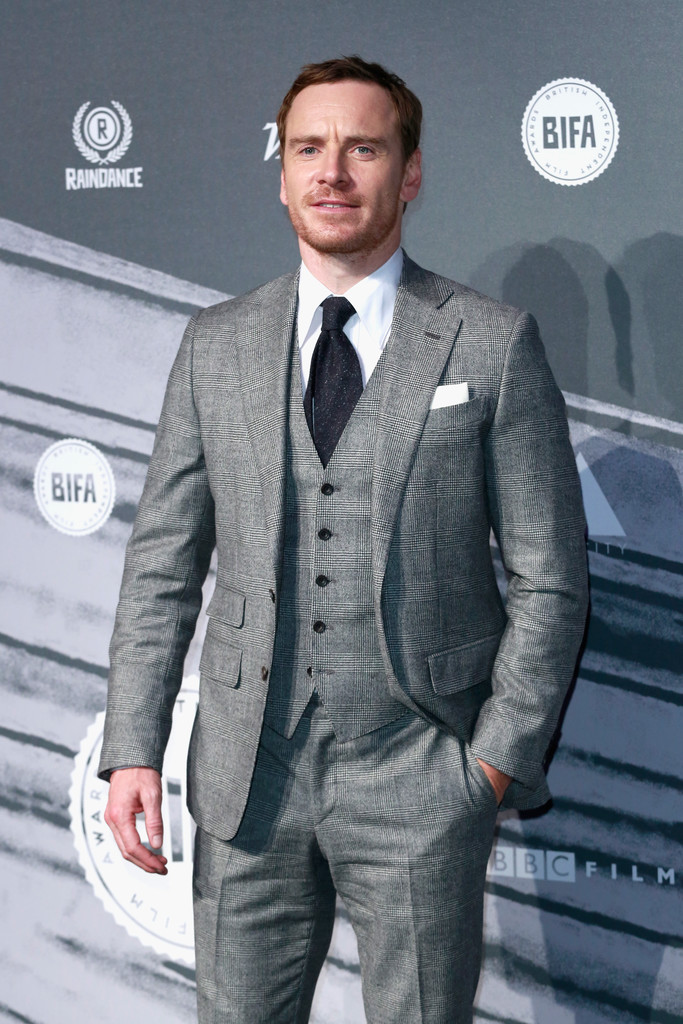 4 of 20
Michael Fassbender
This particular talent has taken on just about every role this year and nailed it. His suit game was also no different with classic colours in classic cuts that sat perfectly on his defined body shape. 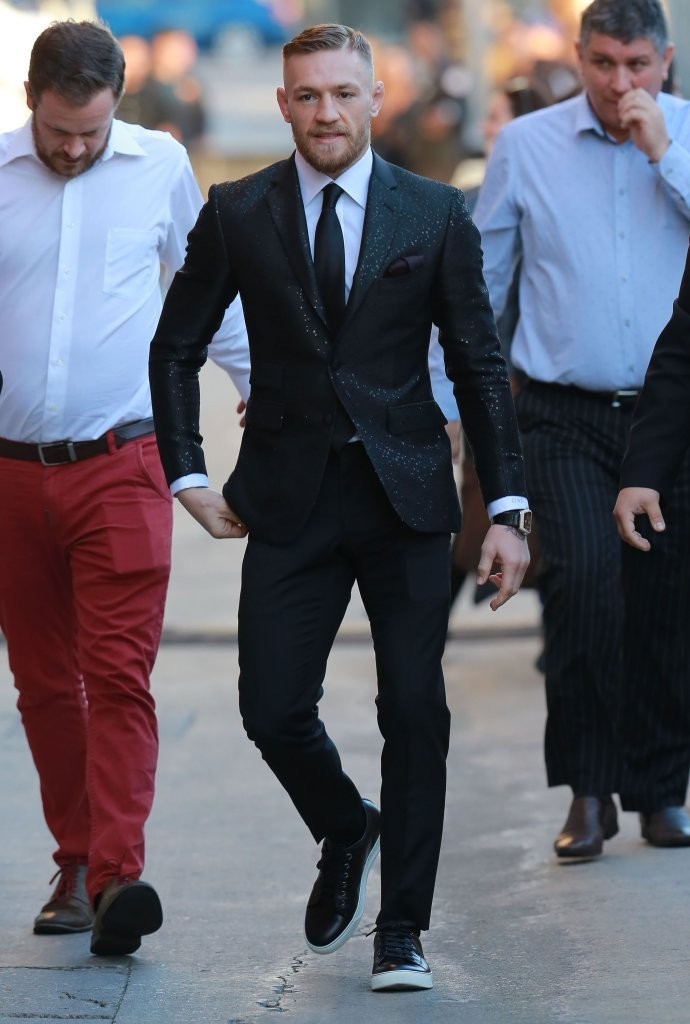 5 of 20
Conor McGregor
You’ve heard the mouth and in 2016 we all got to witness the style. Loud, rakish and perennially unapologetic, Conor McGregor let his fists and knees do the talking in the octagon whilst his flashy suits and jewellery did it outside of it. Arguably one of the best dressed men in the sporting game today, his often outlandish style which screams indulgence might not suit some men and that’s exactly the point - most men aren’t Conor McGregor. 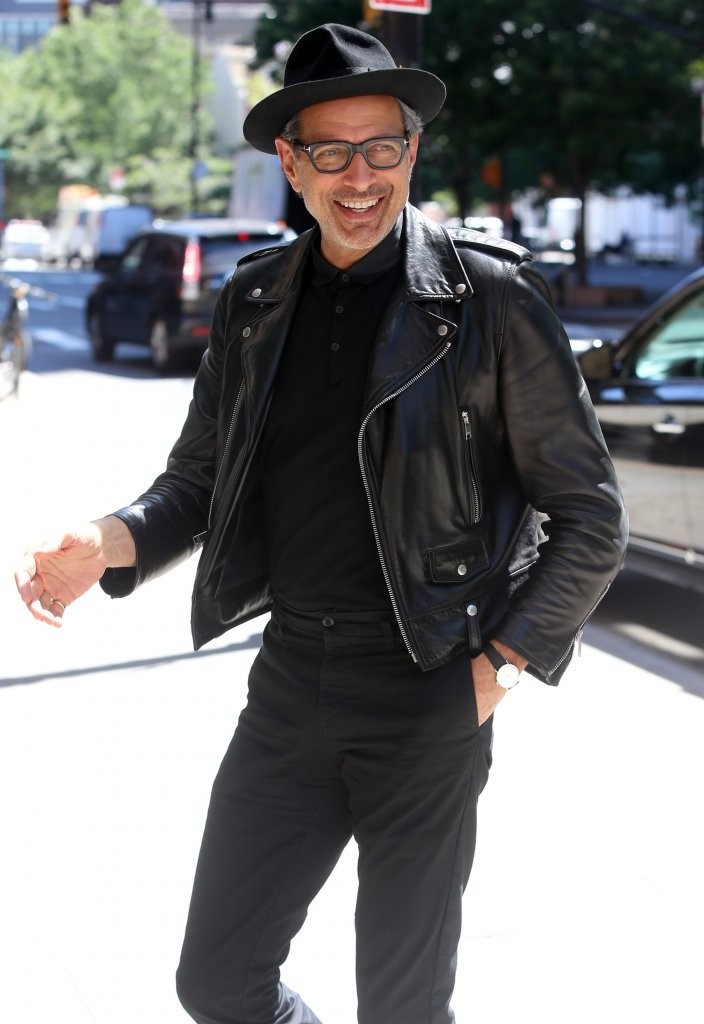 6 of 20
Jeff Goldblum
Never knock the old guy. Especially this one who dresses better than most men on every contemporary front. Goldblum has come a long way since that 1996 alien film and his wardrobe is proof of this. It’s a clash of many different modern styles with a hint rock and neo-noir influences that feature cool prints and textures. A prime example of getting finer with age. 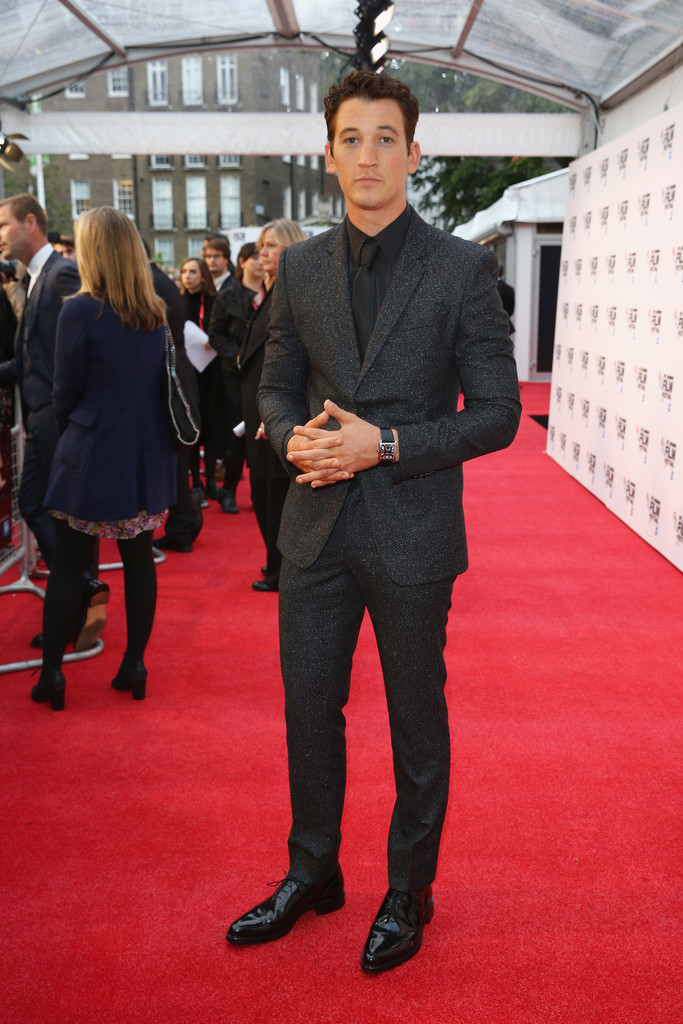 7 of 20
Miles Teller
Rising actor Miles Teller will be one to watch in 2017 with promise coming from both his talents and his red carpet choice of menswear. 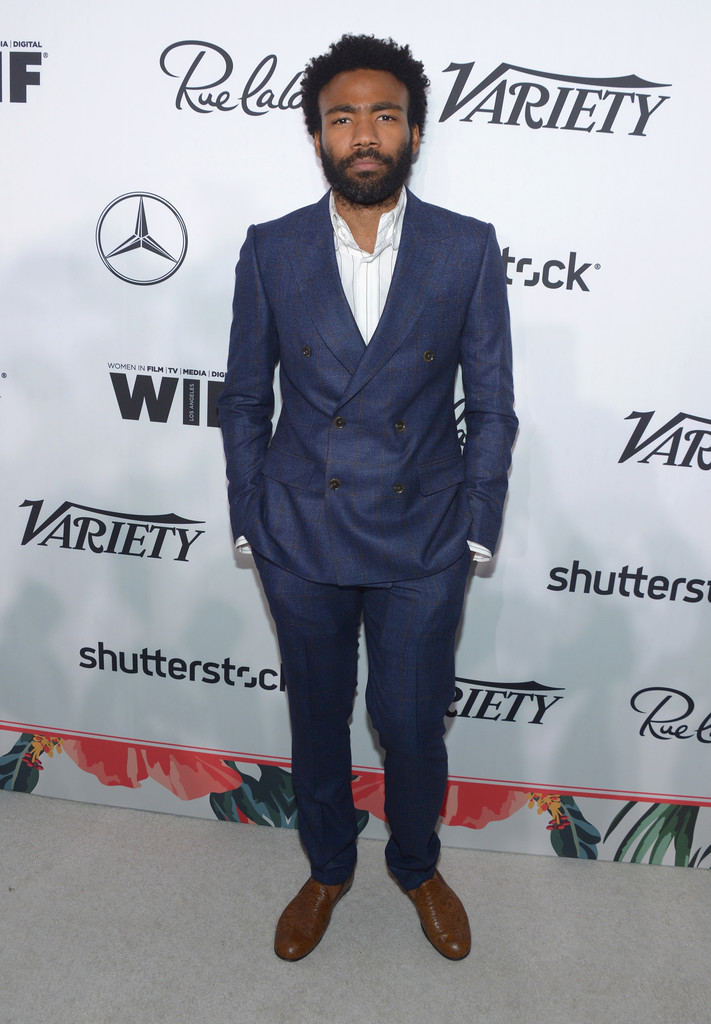 8 of 20
Donald Glover
The rapper and actor made huge strides in 2016 with a new album that received global acclaim and a wardrobe that also followed him into the upper echelons of music royalty. He’s deep, at times mysterious and has a sense of humour when the time calls for it. Glover’s style perfectly reflects this with a wardrobe that gives nod to the years gone by in a modern fit. Vintage colours do not escape this man and that’s a good thing. 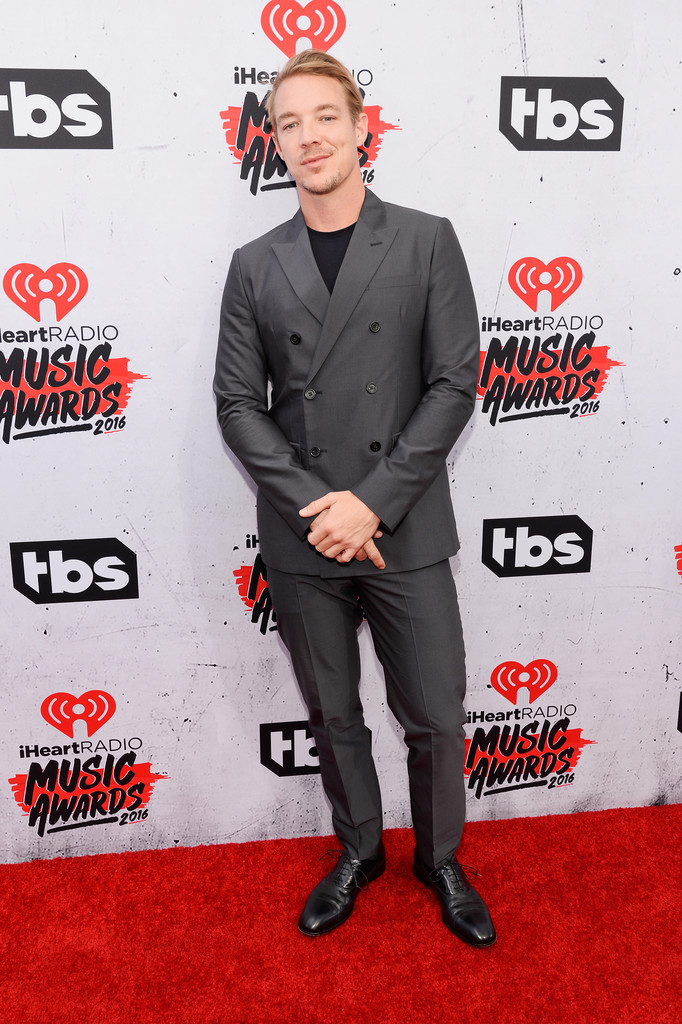 9 of 20
Diplo
The music producer and DJ made a serious mark in 2016 for his hit making talents. As a result of being under the spotlight, his stage style also began to be noticed with a street influence at its core. Diplo has managed to elevate the ‘cool kid’ look into the luxe stratosphere, pairing suits with luxe sneakers and rocking suits worthy of a man of talent at the top of his game. 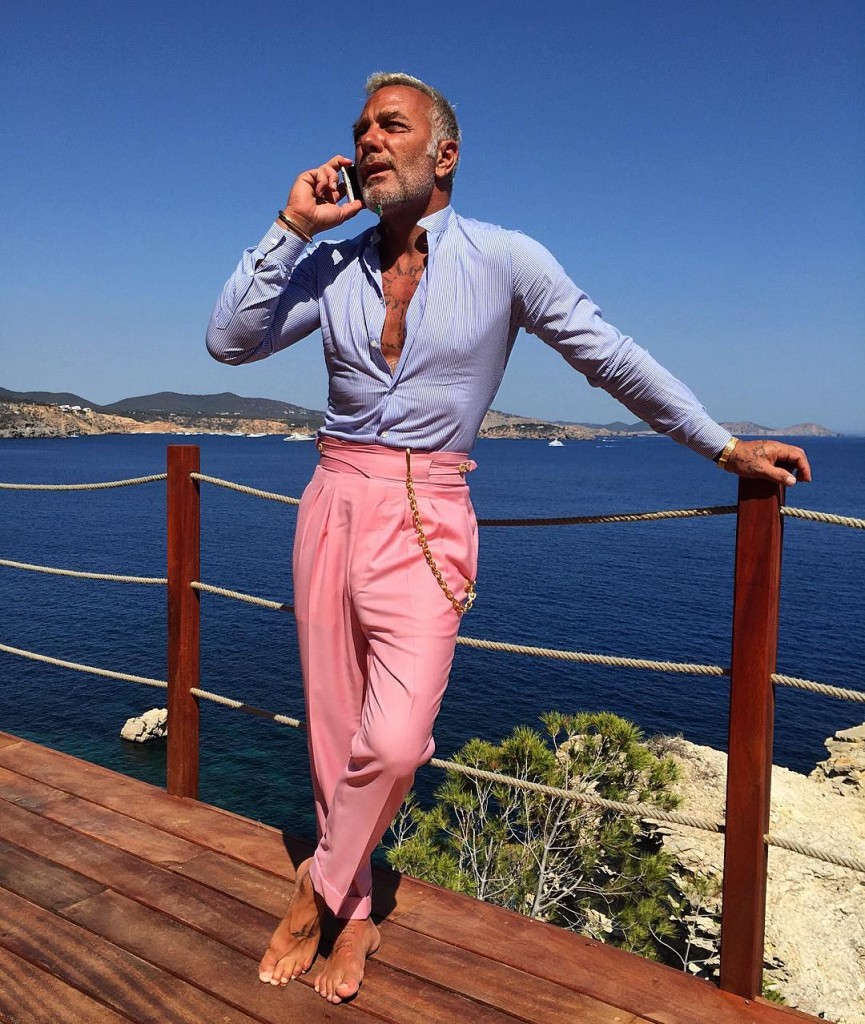 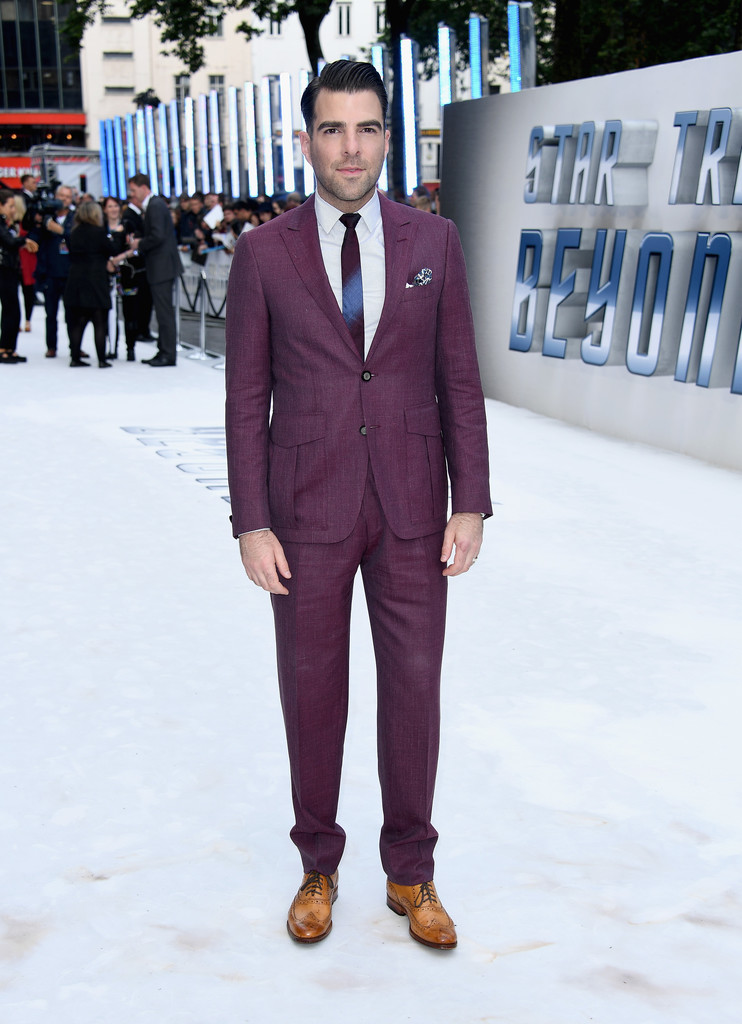 11 of 20
Zachary Quinto
Rising to Star Trek fame in the recently rebooted films, Quinto has also quietly carved out his own fashion profile with every photo spotted of him offset looking like it was pulled straight from the street style snaps of Europe. Quinto is a versatile dresser who isn’t afraid to stand out with bold colours and patterns. Very good, Mr. Spock. 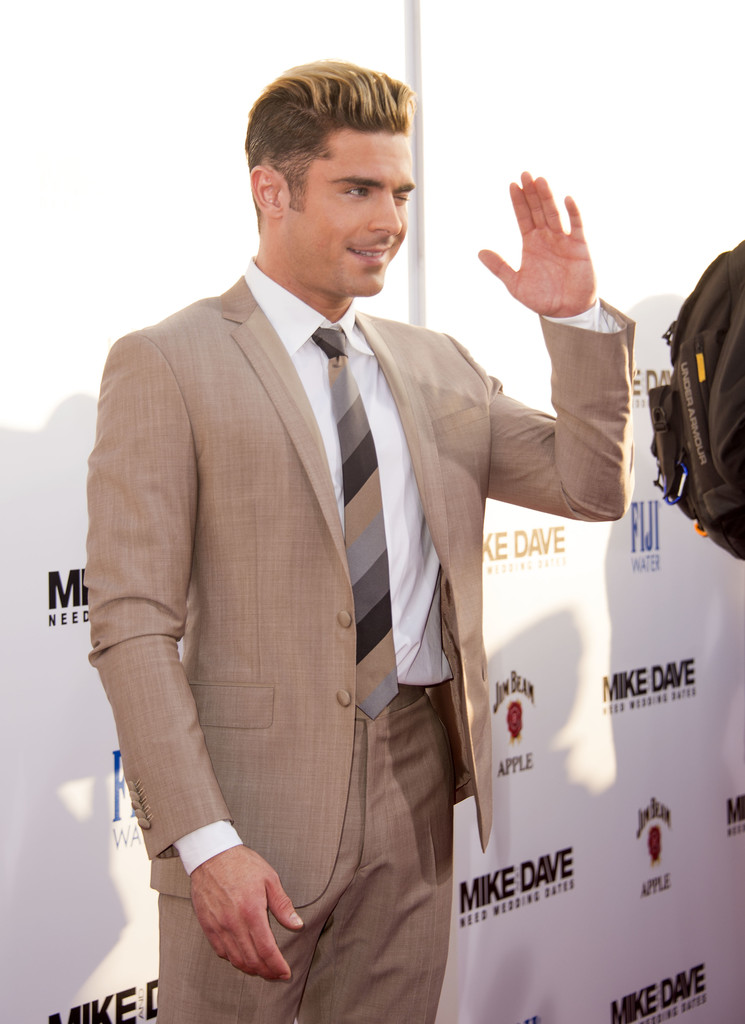 12 of 20
Zac Efron
Gone are the days of dude-ism with Zac Efron pulling numerous style moves that had guys talking this year. He might be a unit these days, but over those immaculately curated suits in typically Californian textures and colours, no one can fault Efron’s maturing wardrobe looks. 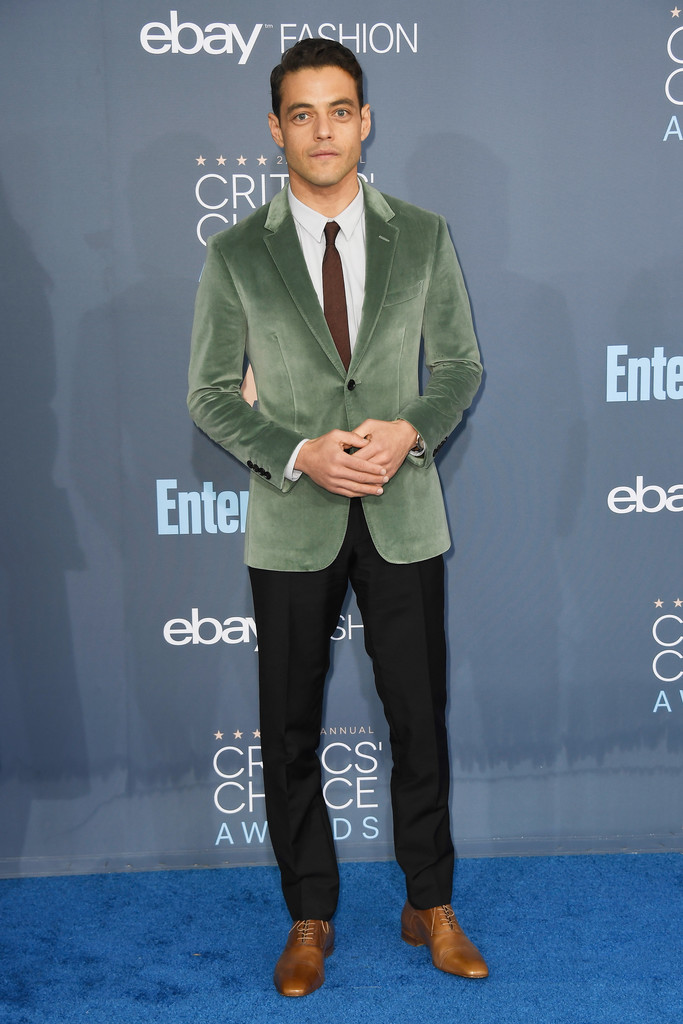 13 of 20
Rami Malek
Similar rising talent Rami Malek gave his best work this year to Mr. Robot and his sound choice in fashion has subsequently benefitted. No computer programmer t-shirt and jeans here. 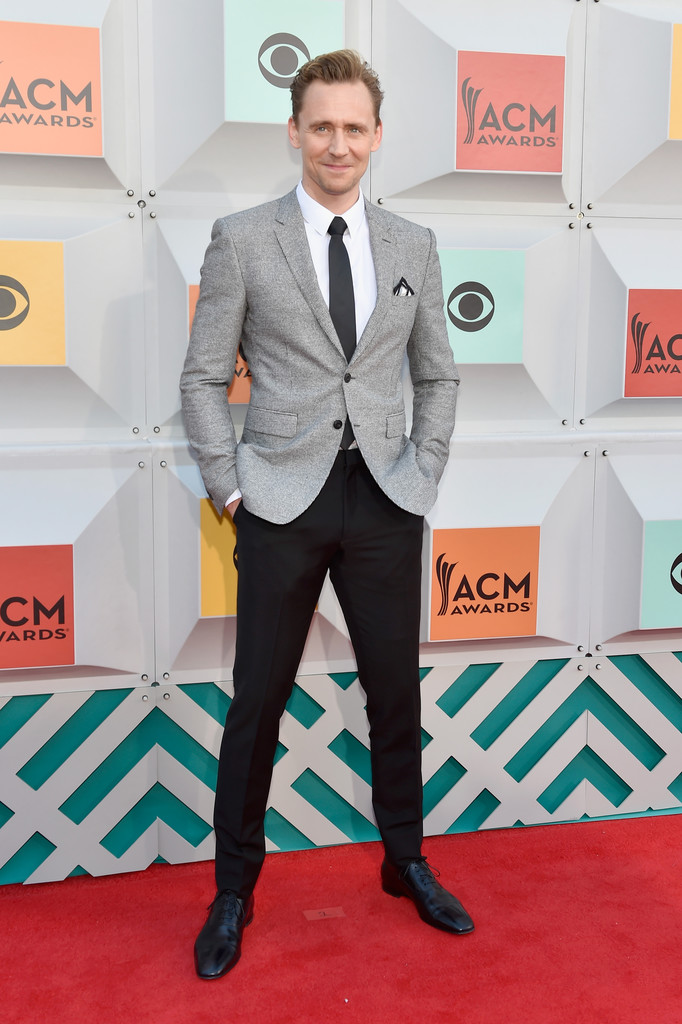 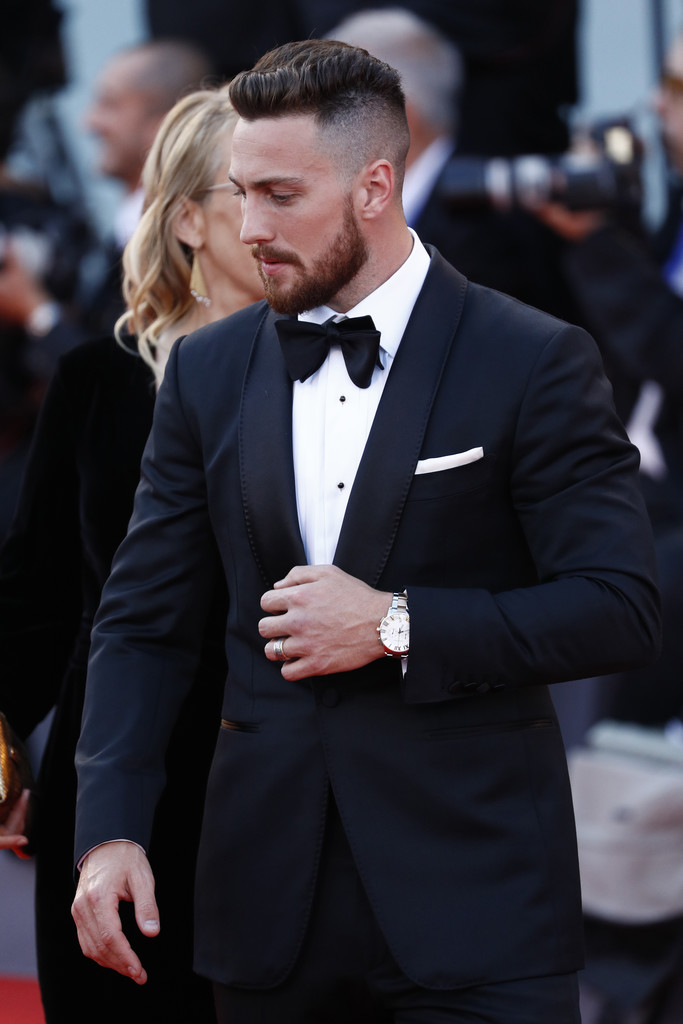 15 of 20
Aaron Taylor-Johnson
Kick-Ass is done and dusted but Aaron Taylor-Johnson is today letting his suits do the fighting. He’s a big guy so there’s always an air of brawniness to his look. They way he has enhanced it this year? Fitted everything.

16 of 20
Justin Timberlake
Timberlake is not as edgy as he once used to be but everyone grows up one day. In 2016 his style reflected his current lifestyle with more brighter colours and relaxed looks that didn’t go into daggy dad territory. When it came time for a tux or suit though, Timberlake easily fitted the king of pop title. 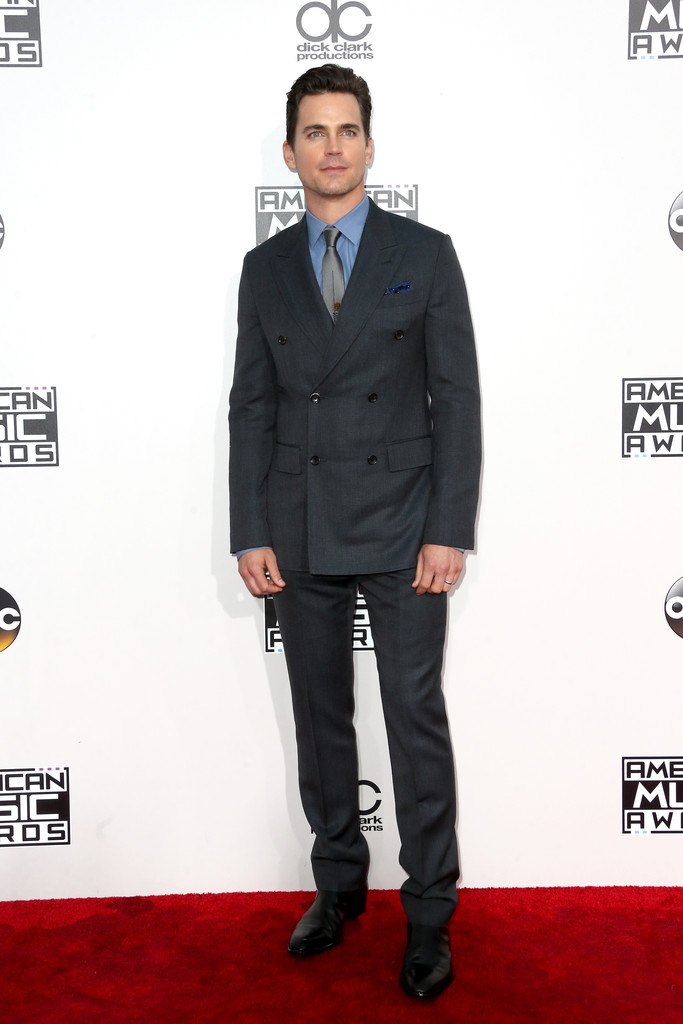 17 of 20
Matt Bomer
A dark horse of the year, Matt Bomer is a consistently dressed man. By that we mean it’s consistently impeccable and clean cut. 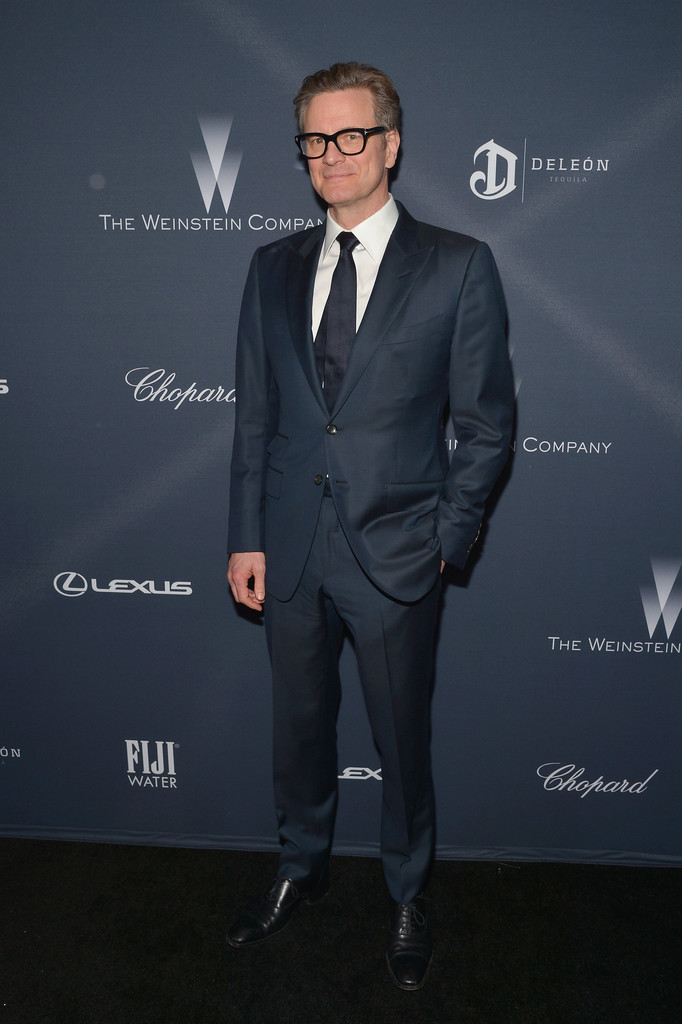 18 of 20
Colin Firth
Another old chap who had his style game sorted in 2016 is British actor Colin Firth. Think of Firth as the more docile Liam Neeson and you’re about on point. His suits follow this same pattern with conservative colours and pure British elegance pulled off in various three-piece and luxury cuts worthy of Savile Row accolades. 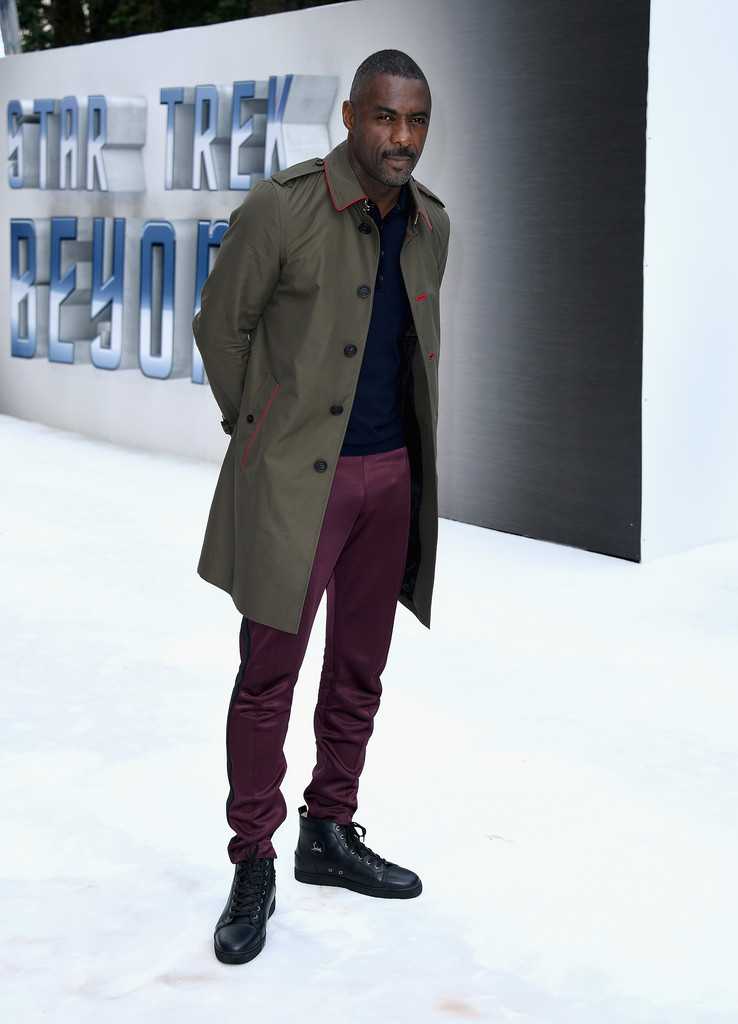 19 of 20
Idris Elba
The man rumoured to be in the running as 007 has no time for rumours. What the DJ, actor and dancer does make time for is his bold choice in masculine threads whether that be a suit, overcoat with layers or street-inspired looks designed by himself. 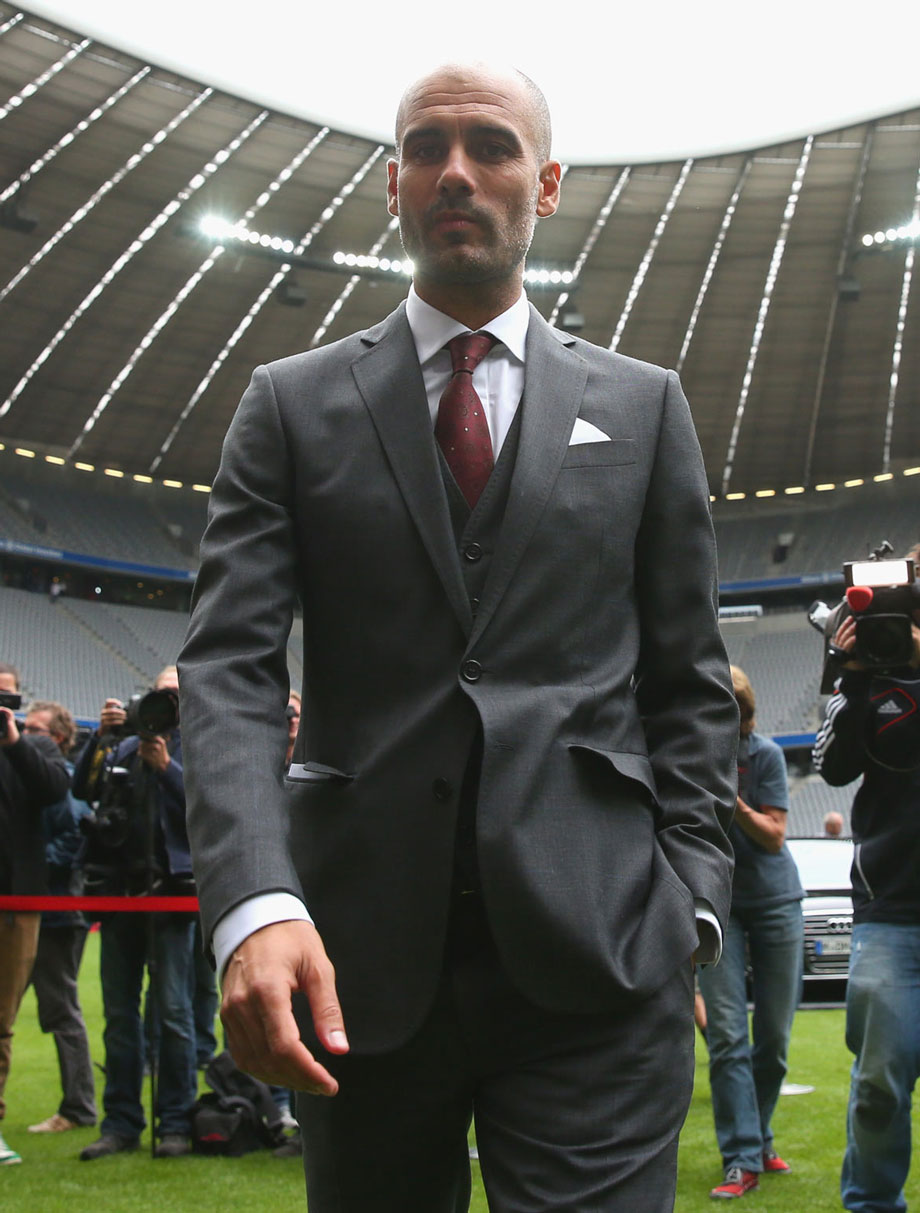 20 of 20
Pep Guardiola
Your kid’s local soccer team coach has nothing on Pep Guardiola, high-flying coach of Manchester City. The man can be spotted on the sidelines of every game wearing a beautifully crafted suit, often layered with knitwear. Dedication and style on the way to glory never looked so fine.