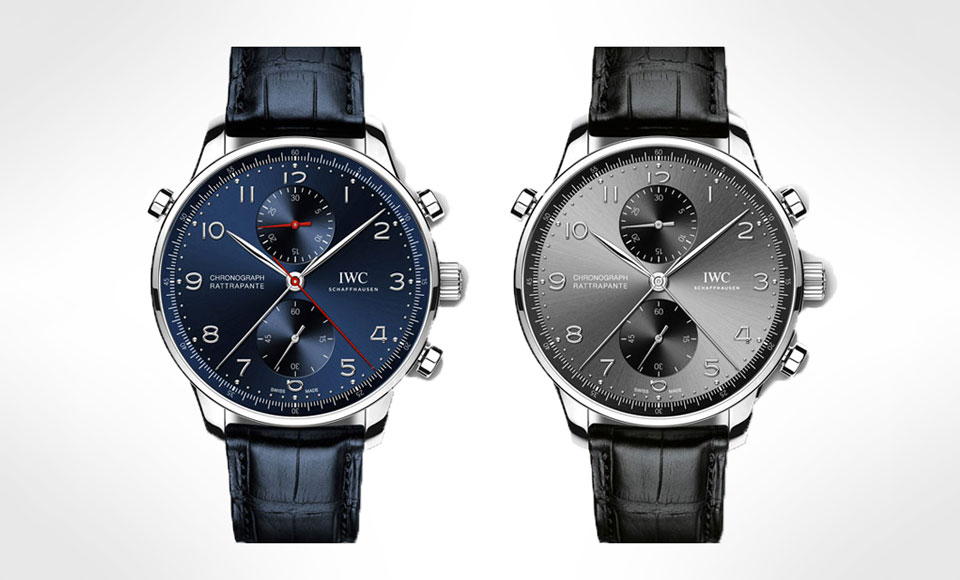 Fans of IWC Schaffhausen will remember the Swiss watchmaker’s very first Portugieser Chronograph Rattrapante that appeared back in 1995. Since then the model has received a refresh roughly every decade, first in 2006 and now in 2016.

The two new pieces that have just been unveiled will differ slightly to the year’s earlier release in the limited edition gold Milano variant. The material of choice for the second round release trades up the gold case for stainless steel, making for two very cool and wearable timepieces.

The duo will complete the trio of Portugieser Chronograph Rattrapantes which pay homage to the watchmaker’s European flagships located in Paris, Milan and Munich.

The Paris variant will sport a grey dial with black sub dials and silver hands whilst the Munich version will boast a striking blue dial with matching sub-dials.

Driving the watches is IWC’s hand-wound 76240 Calibre which drives the hours, minutes, seconds and twin chronograph dials at the 12 o’clock and 6 o’clock index. The movement is set in a 41mm stainless steel case along with a hefty 44 hour power reserve.

If you’re keen you better move quick as the Paris and Munich editions are limited to just 250 pieces each. The Boutique Rue de la Paix will be available from December whilst Boutique Munich will release at the beginning of 2017.

Head to IWC for more details. 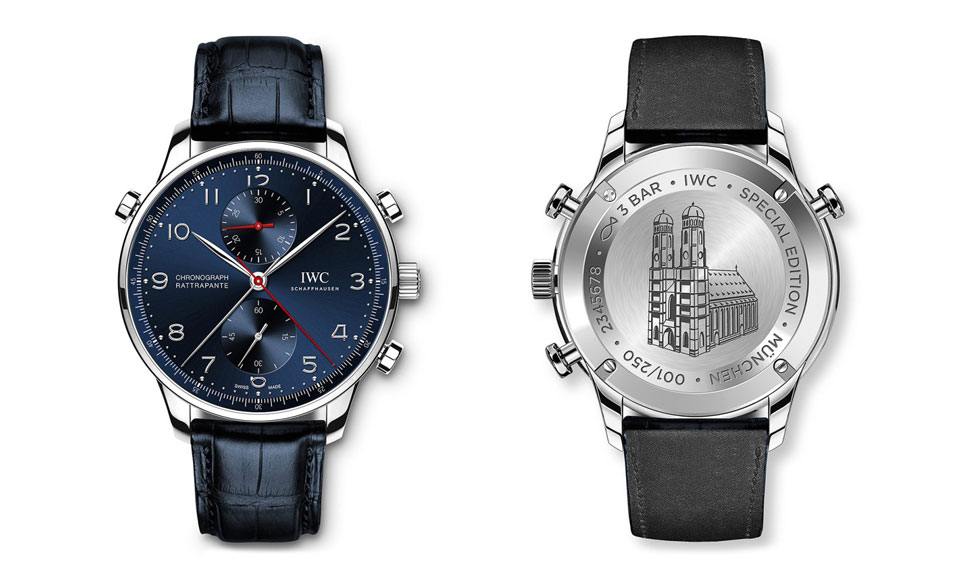 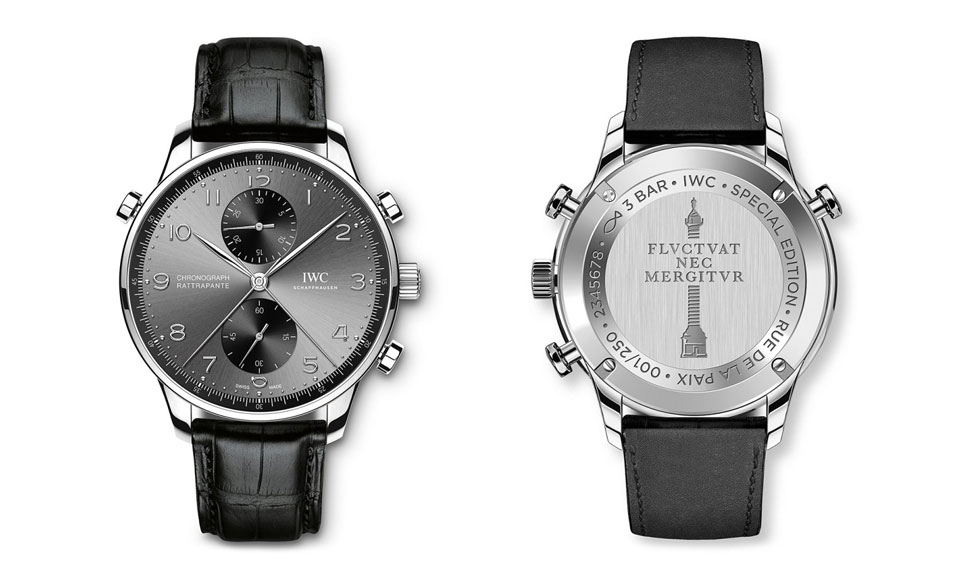