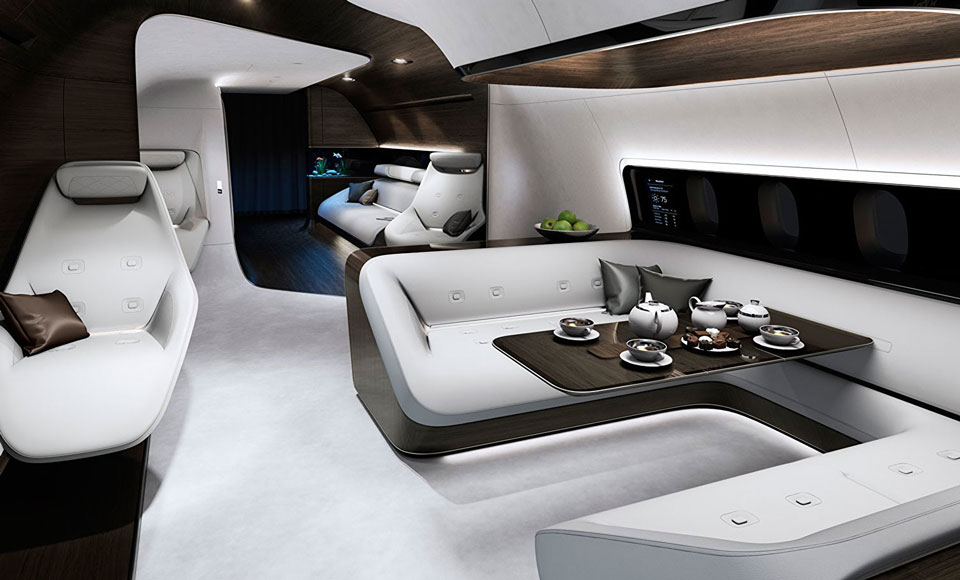 Private jets are nothing special these days but when Lufthansa Technik decide to hit an Airbus A350 with their bespoke stick, things tend to get a bit ostentatious.

Their latest private jet elevates the VIP treatment with a host of extravagant appointments, most notably a sleek residential vibe which strips away the typical conventions of an aeroplane for an open space flight experience.

In other words the cabin is fitted out with areas designed for both socialising and full privacy. Beginning at the front of the plane is a Family Flex Area’ which includes a bedroom, bathroom, lounge and work office.

Michael Reichenecker, Lufthansa Technik interior architect and co-designer of the A350 cabin, says that this is the “best place in the aeroplane”.

“It’s he most quiet, the least affected by movement, the place you want to be if you own this aircraft.”

For an even more customised approach to flying, the entire front section can be closed off with sliding doors in order to convert the space into a private master suite. Within that there are creature comforts such as large flat-screen panels for a true theatre experience in the skies, whilst Lufthansa Technik’s patented Living Lining concept creates the perfect mood lighting for any occasion in the air.

For the well-heeled foodie there’s a dedicated cooking station accompanied with an induction stove.

But that’s enough of the boring stuff. What you really came here is for the spa and the Lufthansa VIP Airbus A350 has it in spades. Steam baths, massage table, workout and yoga area, a steam shower suite and spa make up the leisure amenities section of this fine aircraft.

Why such an elaborate service on a plane exists is simple according to Reichenecker. “We want the VIP to leave more relaxed than when they entered.”

“It will not be the fastest [completion], but it will be the best looking,” he said. 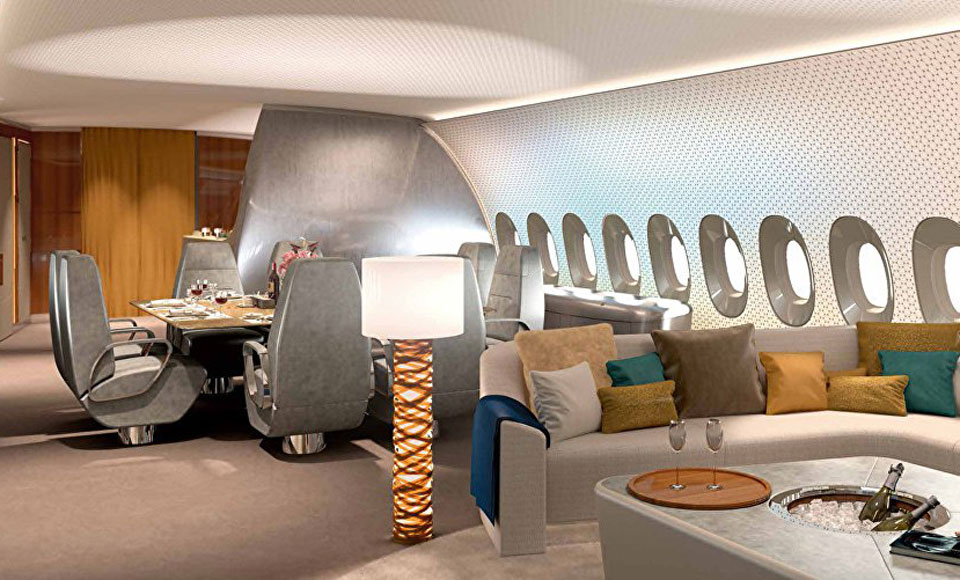 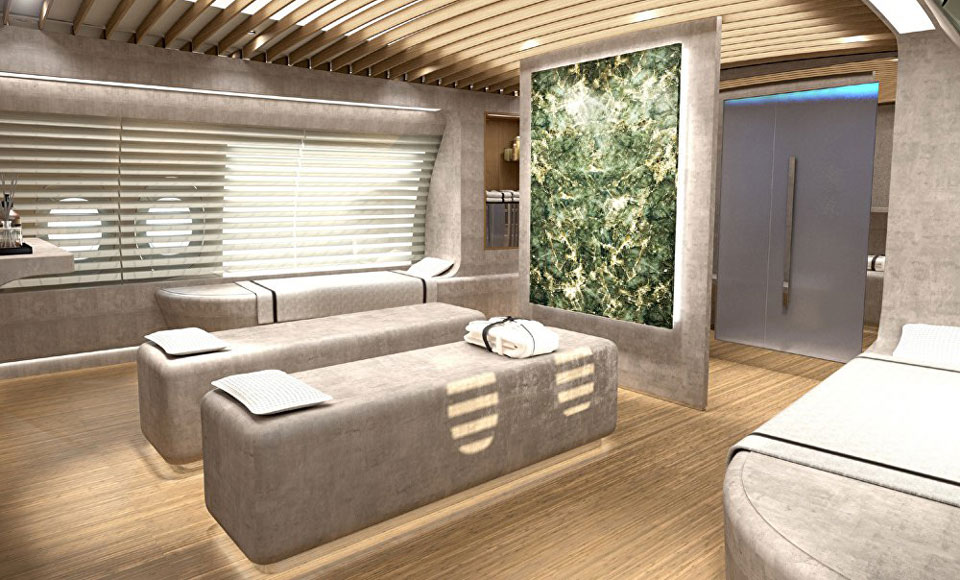 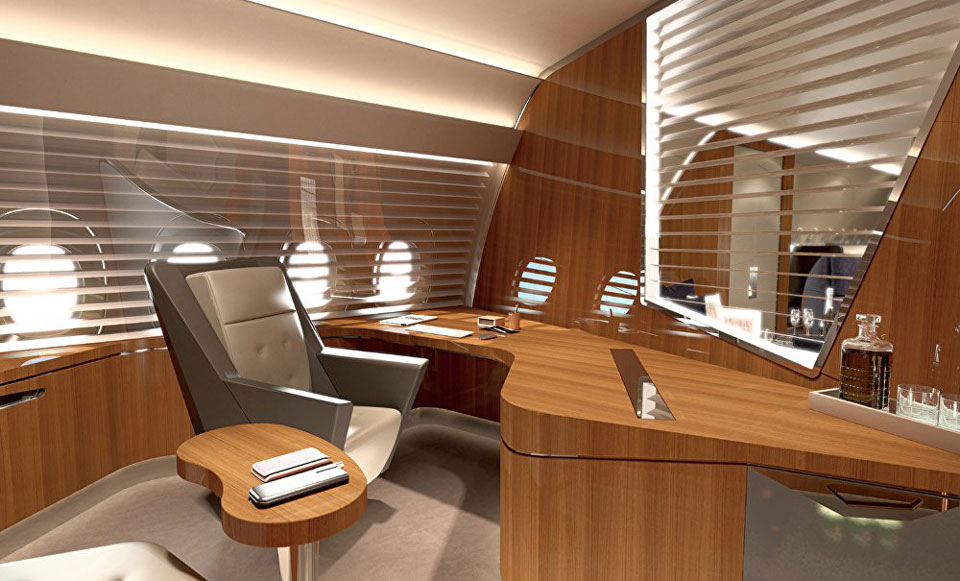 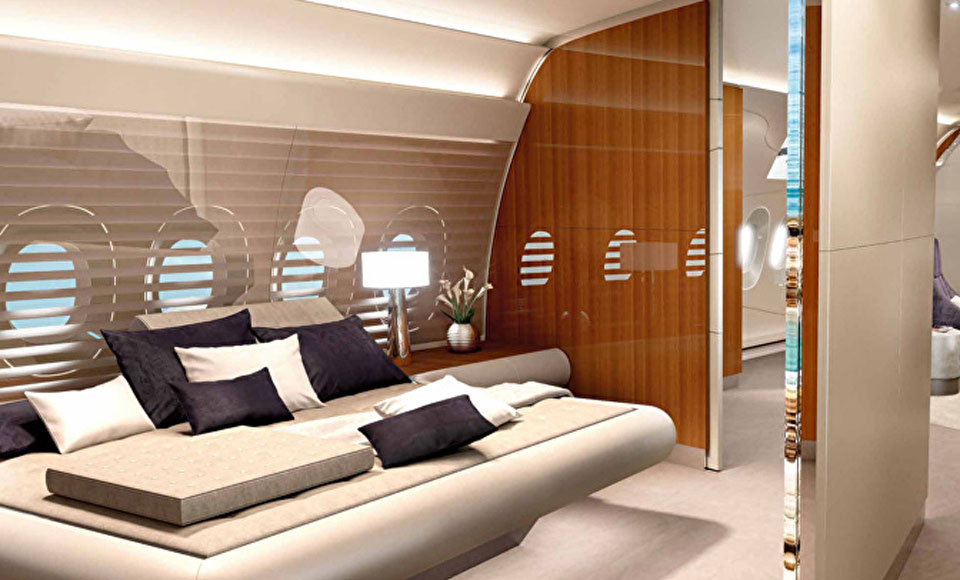 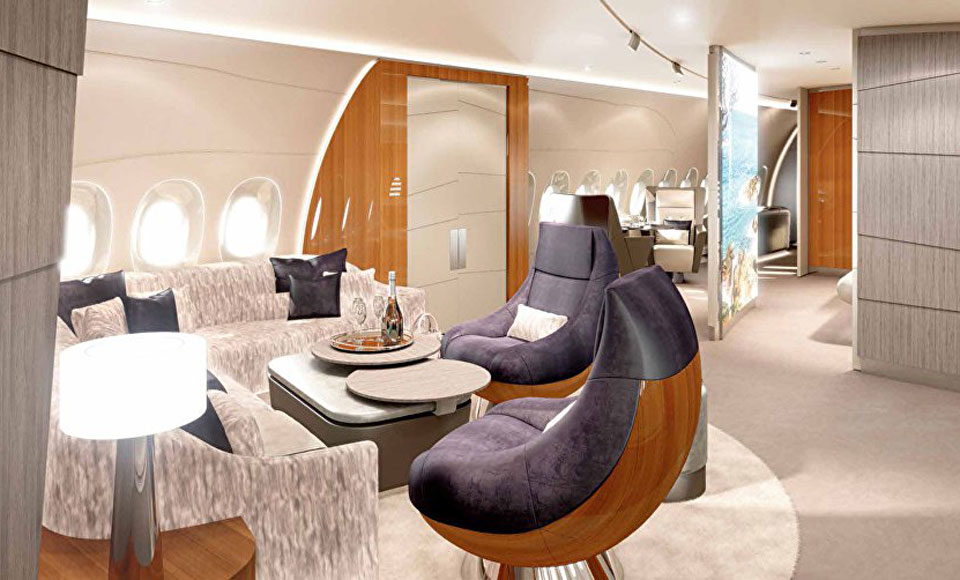 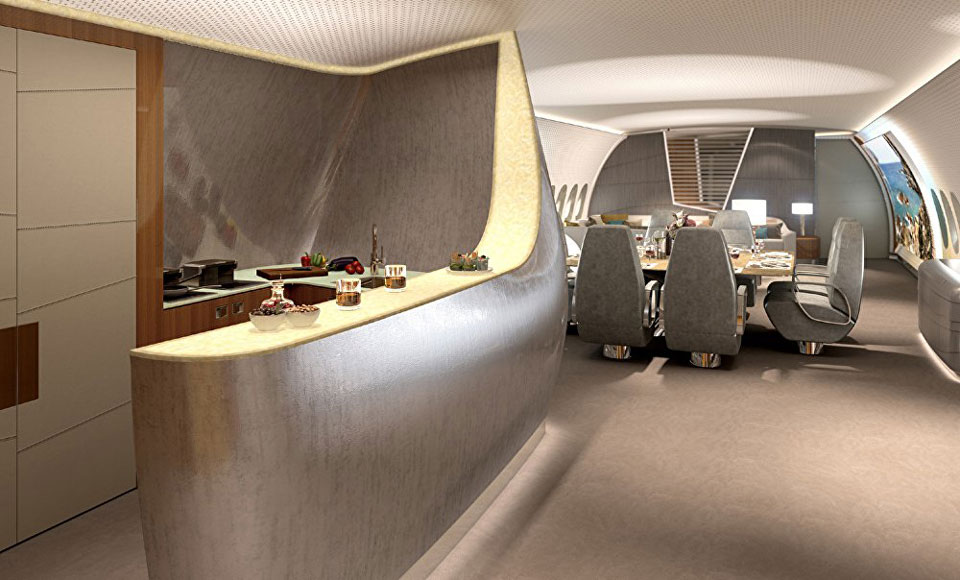 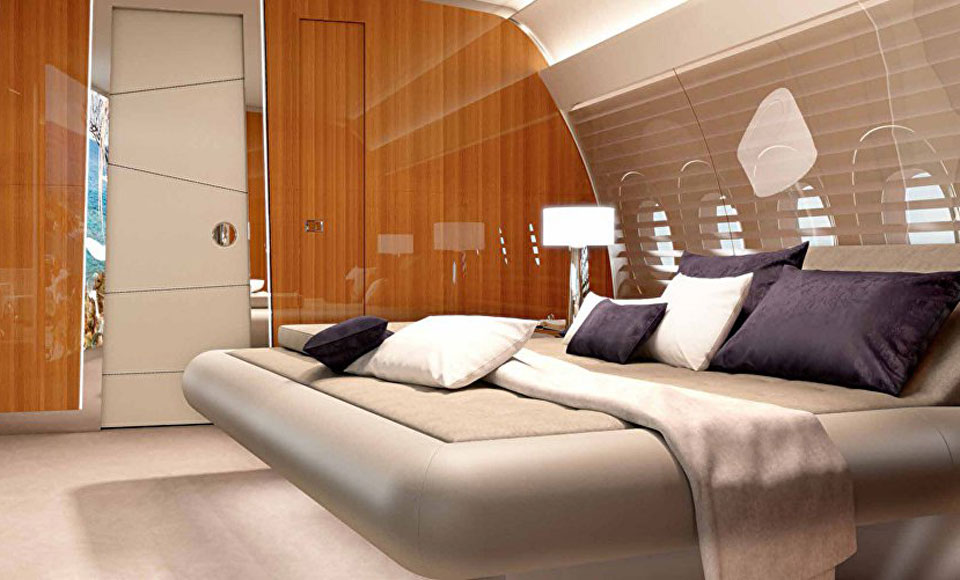