Step Inside The Most Extravagant Safari Experiences In Africa 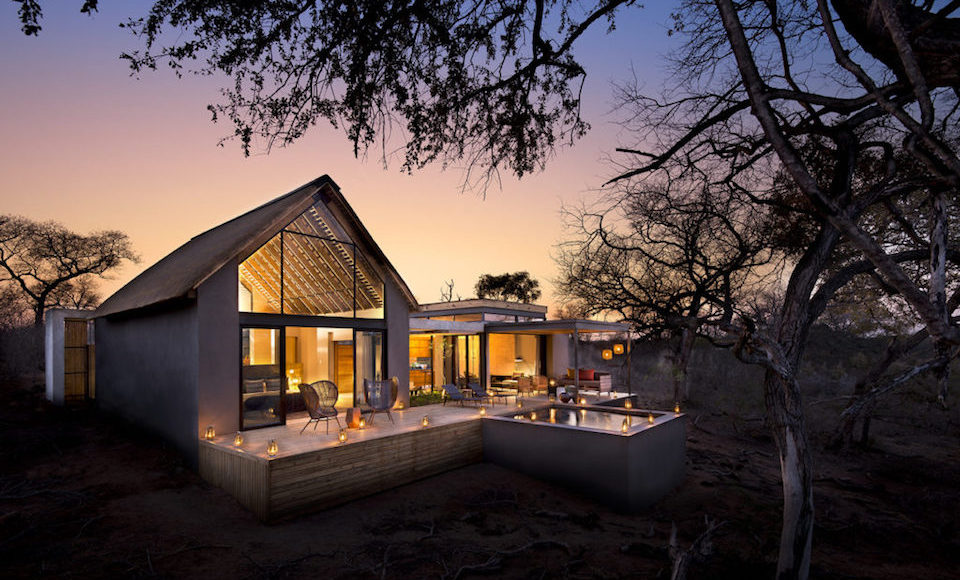 Leopards and rhinos and lions, oh my!

The leisure safari has been in vogue since affluent travellers of the Roaring Twenties took to Africa to see (and shoot) the continent’s extraordinary wildlife. Today most of us prefer to shoot with cameras, but the wildlife that awaits is no less remarkable.

Holidaymakers used to the luxe life may rest assured that there’s no need to sacrifice an ounce of comfort for this incredible experience. A growing faction of upscale safaris cater to the well-heeled crowd with ultra-private accommodations, gourmet food, helipads, butlers, and what is perhaps the most important amenity of all: air conditioning.

These eight luxurious safaris are leading the pack.

Segera Retreat blends experiences for a well-rounded and immersive encounter with the wonders of Kenya. The property, located in the heart of the Laikipia Plateau on an idyllic 60,000-acre wildlife sanctuary, includes six beautifully designed villas, spa facilities, a gym, and several dining options. Segera Retreat boasts an impressive collection of African art, courtesy of the Zeitz Museum of Contemporary Art Africa, and the iconic yellow biplane from the film Out of Africa, which once again soars over Kenya’s scenic landscapes.

Lion Sands Game Reserve is the only private reserve to have a foot in both Kruger National Park (the largest game reserve in South Africa) and the Sabi Sand Game Reserve. Guests are allowed the rare treat of going off road to follow in the footsteps of any creatures that catch their eyes. Five accommodation options are available. The most luxurious is the spacious Ivory Lodge Villa, which comes with a private pool, fire deck, gym, and spa treatment room. Alternatively, if you’re feeling especially romantic or adventurous, Lion Sands has four treehouses for guests who would rather sleep under the stars.

The roving campsite of andBeyond Serengeti Under Canvas puts guests right in the middle of the action. Only the walls of your tent separate you from the herds of the Great Migration, providing the ultimate perch for watching the famed animal spectacle. Don’t balk at the word “tent” – these opulent canvas creations are nothing like the ones you remember from sleepover camp. AndBeyond’s swanky glamping experience comes with chandeliers, silverware, crystal, ensuite toilets, fluffy duvets, and a private butler service.

If it comes from Sir Richard Branson, you know it’s swish. Mahali Mzuri is the man’s grand safari camp located in the private Olare Motorogi Conservancy in Kenya’s Maasai Mara ecosystem. The prime location gives guests a front row seat to the Great Migration as well as year-round game, including lions, wildebeest, elephants, and cheetahs. The 12 futuristically designed “tents” accommodate no more than 24 guests in the camp at any given time, guaranteeing peace, quiet, and attentive customer service for all. Mahali Mzuri means ‘beautiful place’ in Swahili, and it certainly lives up to its name.

What do Bono, Nicolas Sarkozy, and Microsoft billionaire Paul Allen have in common? They’ve all stayed at the magnificent Royal Malewane in Greater Kruger National Park. The retreat’s upmarket experience is renowned the world over thanks to superlative Big Five game viewing, state-of-the-art vehicles, lavish lodges, and a staff that includes some of the continent’s top butlers, guides, and trackers. A maximum of 20 guests are pampered with air-conditioned suites, infinity pools, an award-winning spa, and nightly feasts under the African stars. The royal treatment indeed.

Hidden in the lush emerald depths of Africa’s Eden, the Okavango Delta, are twin safari camps that take wildlife spotting to new heights of luxury. Mombo and Little Mombo are located at the top of one of Botswana’s most beautiful islands, connected by raised walkways that allow game to wander freely through the camps while guests watch safely from above. Mombo is the larger of the two with nine tents styled with a charming mix of modern and colonial influences. The more romantic Little Mombo is built under a shady canopy and has only three tented guest rooms and a private pool.

Singita knows a thing or two about plush African accommodations. The brand owns more than a dozen lodges in Tanzania, South Africa, and Zimbabwe. It’s nearly impossible to choose a favourite, so instead we’re nominating the entire crop in Singita Grumeti, a reserve adjacent to the Serengeti National Park in Tanzania. From the palatial Sasakwa Lodge, to Sabora Tented Camp, to Faru Faru Lodge (pictured above), and more, each location has something alluring to offer. The resort also features a spa, a yoga centre, and tennis courts.

Anything borrowing its elegance from the glamorous Jazz Age has a place amongst Africa’s most luxurious safaris on lock. Cottar’s Safari Service has shown guests the finer things in life since 1919. Today the business is still owned by the Cottar family and still going strong, now divided into Cottar’s 1920s Safari Camp and Cottar’s Bush Villa. The award-winning camp has its own 6,000-acre private conservancy with easy access for day and night game drives, as well as cultural interactions with the Maasai community. Stay in the 1920s Safari Camp for an indulgent dose of vintage style. 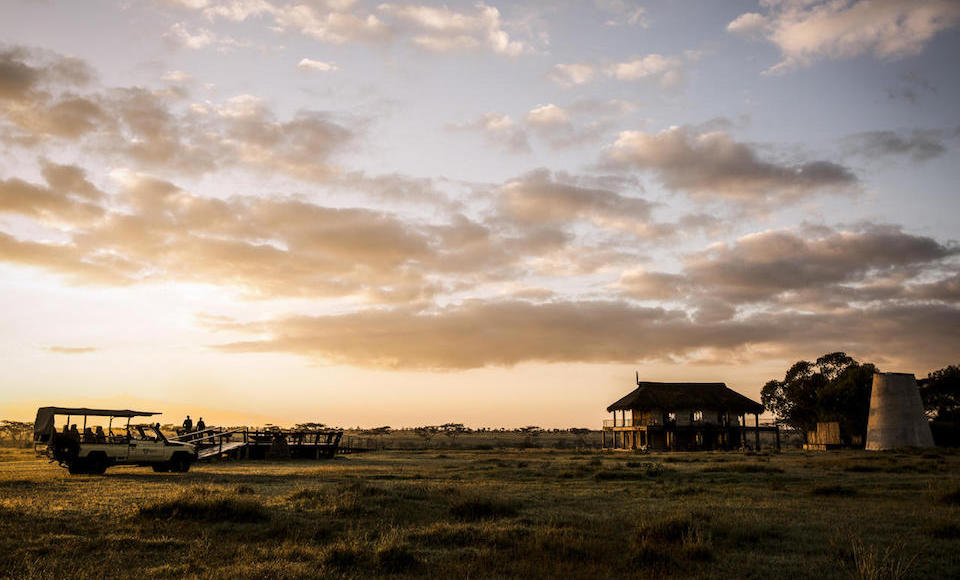 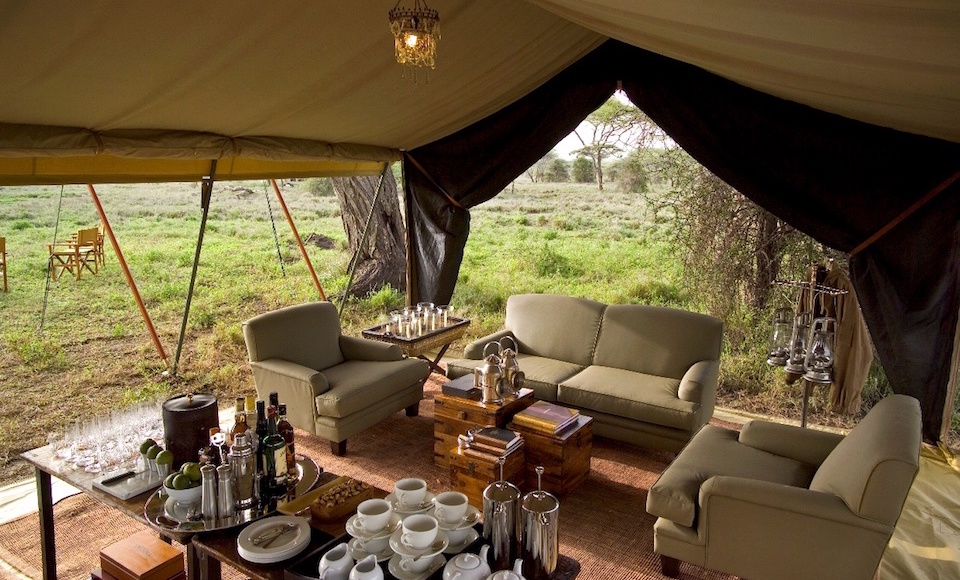 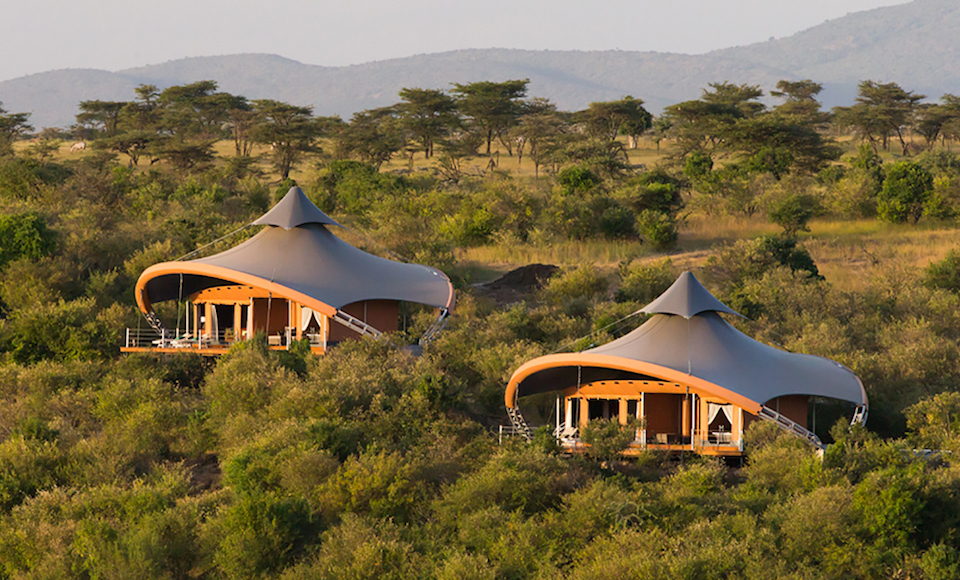 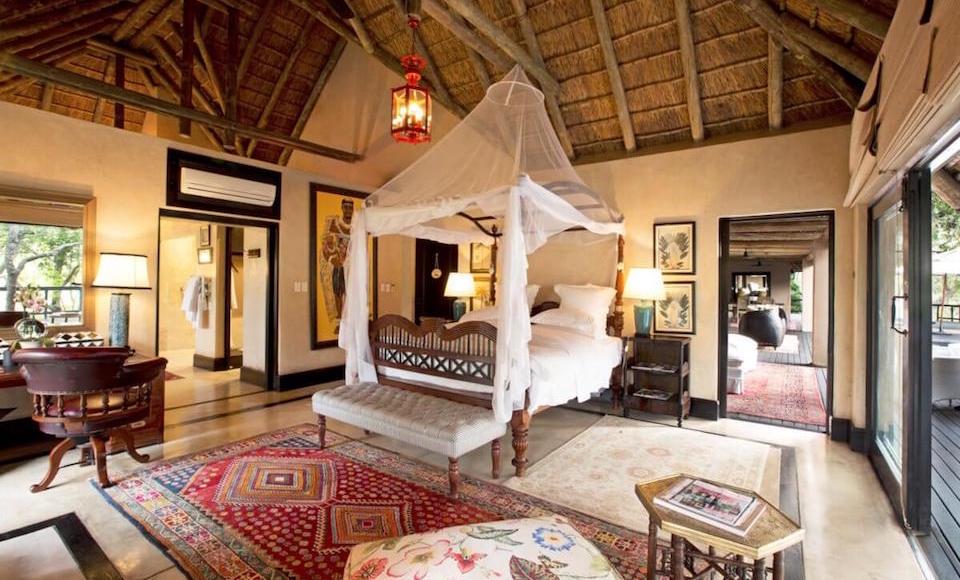 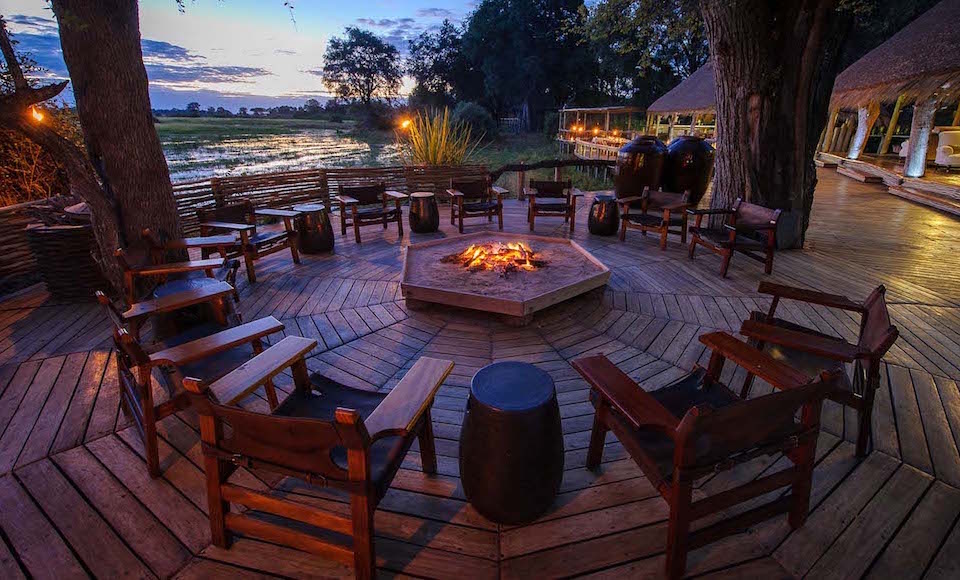 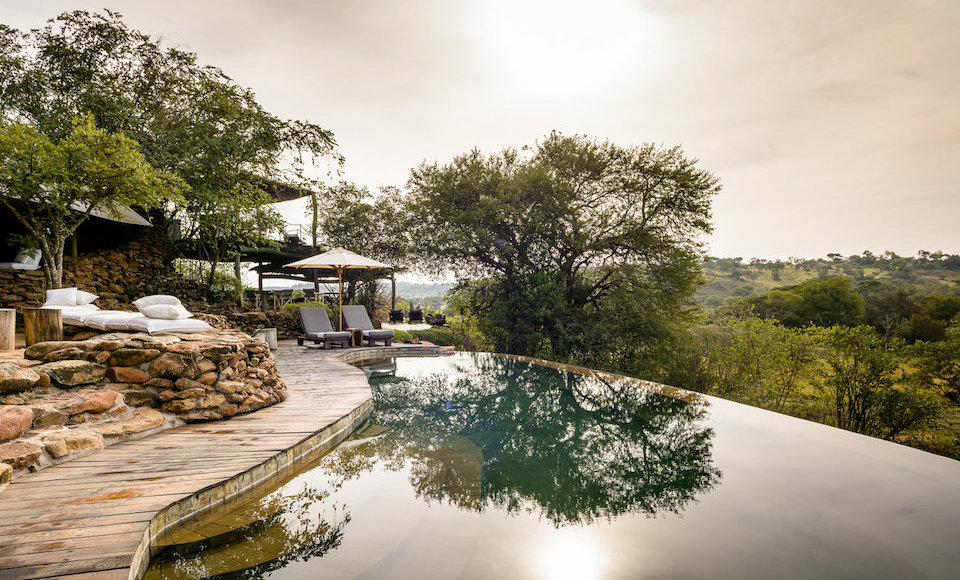 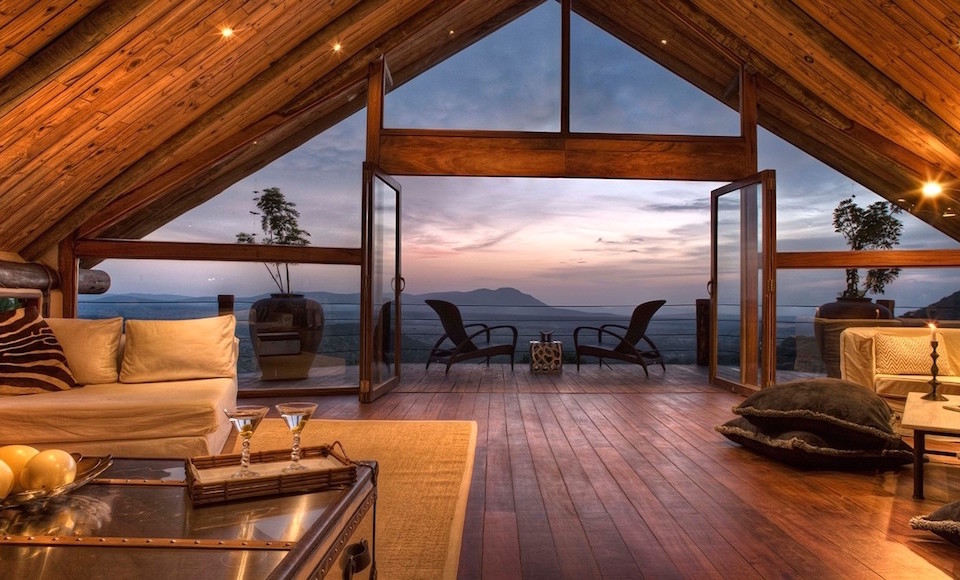