Life is weird. Between the mysteries that baffle scientists, strange disappearances and even stranger reappearances, there are some things that we just can’t explain. It turns out a lot of those things happened in 2016, and no, we’re not talking about Trump being elected president.

Creepy Clowns On The Rise 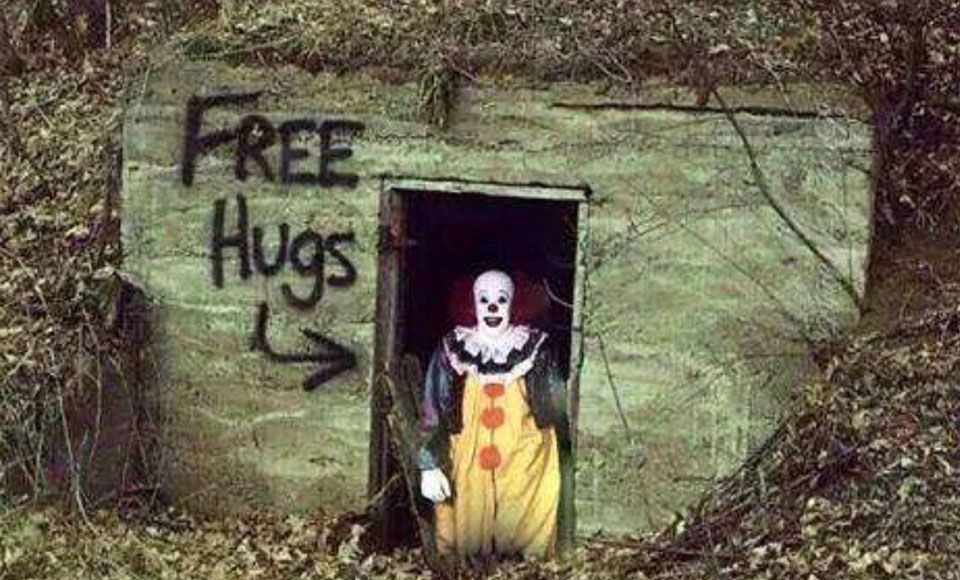 With everything else that’s been happening this year, it’s easy to forget that in 2016 we were invaded by creepy, vaguely threatening clowns. In case you missed that: oh god why are the clowns here, what do they want, why won’t it stop staring?

The whole clown thing started back in August, when multiple reports of creepy clowns trying to lure children into the woods at night emerged out of Greensboro, North Carolina. While even one is fairly alarming, this was a case of three sightings happening within two days. People, understandably, began to get a little creeped out.

Unfortunately, it didn’t stop there.

Later that month, South Carolina was targeted too (in a city called Greenville, oddly enough) with residents of a gated community warned about lurking clowns, and security being tightened around the area.

The reports only escalated through September and October, leading up to Halloween of course.They made their way over to Australia, where Perth and Victoria appeared to become hotbeds of clown activity. A clown was arrested in Western Australia after chasing a group of teenage girls down a Perth street.

The clowns started getting organised, rallying under ‘clown purge’ groups on Facebook. And then Halloween came and, perhaps predictably, they all just disappeared. Thank god. Was it just a case of people jumping on a convenient way to terrorise other people, or was there some more sinister clown plot going down? Hopefully, we’ll never really know. 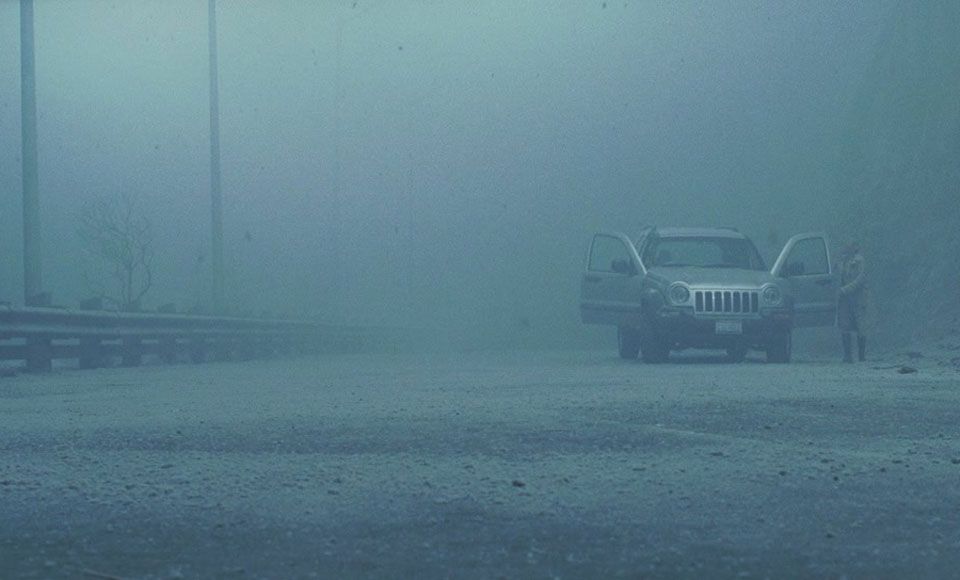 No, not the Trumps. You may have followed the tumultuous story of the Tromp family as it happened, but if this is the first thing you’re hearing about it, you’re in for a wild ride.

One day in August, the Tromp family of five — husband and wife Mark and Jacoba and their three adult children, Riana, Mitchell and Ella — got into their car and drove away from their home in Melbourne with little warning, heading north.

Passports, credit cards and mobile phones had all been left behind at their house, aside from the phone belonging to Mitchell. He brought it along, but barely 30km into their drive was pressured to throw it out the car window as they went. The family was apparently paranoid — worried that the phone was being used to track them, that someone was after them or wanted to kill them.

They drove 800km away to the town of Bathurst in NSW, driving for an entire day and night. It was in Bathurst that Mitchell left the rest of his family, parting ways at 7am the next morning. The other four continued on the the Jenolan Caves. Here, the two sisters, Riana and Ella, stole a car and parted ways with their parents, driving south to Goulburn.

It was there that the two sisters made a report that their parents were missing, before the two of them split again. Ella left to go home, arriving back at their farm on Tuesday night — and finding police there, investigating. She was the first Tromp to be successfully located, followed by Mitchell, who caught a series of trains to arrive home on the Wednesday morning. The other three were still missing.

A Goulburn man driving to Canberra on the Tuesday made a strange discovery when he felt something kicking the back of his seat. When he stopped to look, he found Riana Tromp curled up in his ute in a ‘catatonic’ state. She apparently had no idea either where or who she was, let alone how she got there. He delivered her back to Goulburn police, who delivered her into psychiatric care at Goulburn hospital. Her sister Ella, meanwhile, was charged with the theft of the car they took from Jenolan to Goulburn.

The two parents were still missing, however, and an interstate search kicked off for Mark and Jacoba Tromp. They had been driving back towards Melbourne, but became separated in the town of Warangaratta. Jacoba, somehow managed to get herself to the town of Yass where she was found the next day, 350km away. She too was taken for psychiatric care, and eventually moved to be with her daughter at Goulburn.

But there was still one Tromp left to be found: Mark, the father, who had been spotted a few times behaving erratically. First, he had dangerously tailgated another car in Wangaratta, before being seen fleeing from the silver Peugeot the family had taken on the trip, leaving the keys in the ignition. The search ramped up after a night of heavy rain in the area, with rivers becoming swollen and searchers becoming worried about Mark’s wellbeing.

He was eventually found on the Saturday, almost a week after the whole ordeal began. He was located by a road, near the Wangaratta airport.

So why did they do it? Investigators believe that the family were never in any danger from an outside party, and they weren’t found to be under the influence of drugs, nor did any of them have any previously diagnosed mental health problems.

The most likely fact would be that it was some kind of shared delusion, though even the family didn’t really know exactly what had happened. As Ella said when she and her brother faced the press outside their family farm: “There’s no one reason for it. It’s bizarre.” 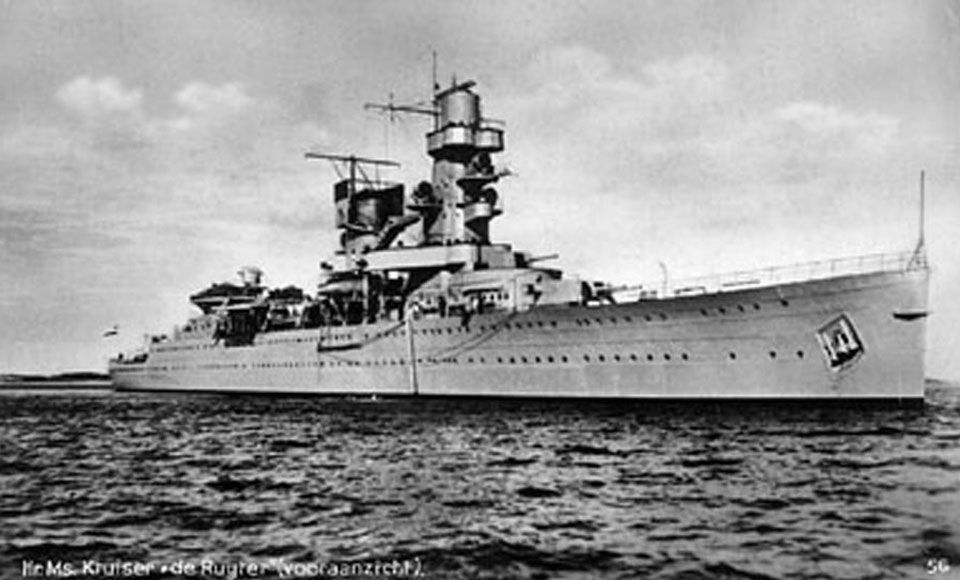 How do three 74-year-old shipwrecks just up and disappear from the ocean floor? That’s exactly what happened in Indonesia this year, when the wrecks of three Dutch warships sunk in World War II were found to be missing from their previously known locations.

The wrecks — of the HNLMS De Ruyter, HNLMS Java and HNLMS Kortenaer — were first found in 2002 by amateur divers, with all sites being declared war graves. The ships collectively had taken down 915 Dutch and 259 Indonesian soldiers when they fell victim to the Japanese fleet.

In November this year, the Dutch government confirmed that all three had simply disappeared from the seabed. Ship salvage experts weighed in on the mystery, saying that any attempt to move entire warships that had been sunk for three quarters of a century would be a massive operation — not one easily hidden from the authorities.

Even theories that the ships had been torn apart and stripped for salvage didn’t quite — excuse the pun — hold water, and a number of other possible fates for the shipwrecks were suggested. Storms, swell, tsunamis or even a shift in tectonic plates could have been to blame — though a shipwreck of this sort would have been incredibly difficult to budge by most means. So, in absence of any other explanation – aliens?

It seems to have been a year for strange, shared psychosis, with another example cropping up at an Oregon hospital in October.

A woman was taken to said hospital after police were called to her house — she claimed she had seen strangers on the roof of her car. After two callouts, the police realised that she was suffering from hallucinations, and took her to the hospital.

She was soon after discharged and left to go about her business, cleared of any illness or substance use. That’s where it starts to get weird.

The two police officers who had picked her up to take her to the hospital also began suffering from hallucinations, closely followed by similar symptoms appearing in the woman for whom the original patient was a caretaker.

After the older woman was hospitalised, one of the nurses attending to her was also struck by mysterious hallucinations.

Was this a case of directly contagious hallucination?

Whatever it was, the hospital was placed under quarantine, and HAZMAT was called. Standard procedures applied – everything was sterilised, washed and examined in an effort to identify the cause, but nothing could be found.

There was no drug or even anything strange found in blood samples. No contaminants were found before the quarantine was eventually lifted with no real answers.

I think what we’ve really discovered in 2016 is that the human brain is weirder and more terrifying than anything the natural (or supernatural) world can throw at us.