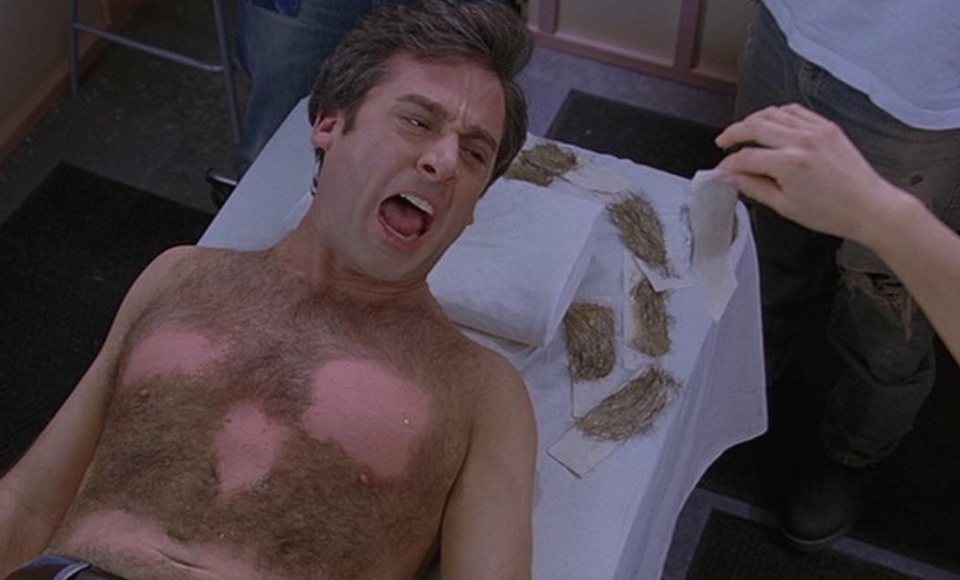 Virgin or not, your perpetually single status still hurts (and your body hair isn’t the reason why)

Plenty of men are single and satisfied (there are even scientific reasons why), but you don’t count yourself amongst their ranks. In fact, you’re downright miserable about it. And with the holidays coming up, you’re preparing yourself for an entire season of excruciating reminders about your solitude.

Let’s cut to the chase. You want to know why you’re still single when you don’t want to be, so settle into your sweatpants, grab a box of tissues and a pint of ice cream, and let’s get brutally honest about how you’re f*cking up your life.

You’re Fixated On An Old Flame

They smashed your heart into a million pieces and left you to pick up the shards. Yet for some inexplicable reason, you’re still carrying a torch for them and it’s incinerating your chances for future love. Perhaps you’ve even convinced yourself that your hand-grenade-in-human-form ex was the perfect partner.

Or maybe you’re fully aware of what a fiasco your former relationship was, and it’s left you so scarred that all you can think about is what could go wrong in the next one. You’re willing to do anything to avoid those feelings again, including dooming yourself to permanent bachelorhood.

Either way, remember your next date is not your ex. Leave your old doubts, fears, obsessions, and partners in the past where they belong.

You’re Not Even Trying

Maybe you consider yourself a romantic. You’re so obsessed with an idealised version of love that you believe it’s all down to fate (or a fat baby with arrows). You don’t find love, love finds you. One day, when you least expect it, it will come knocking at your door and…

Forget it. Unless your Tinder game is supernatural, love isn’t coming your way if you refuse to work for it. Who’s more likely to score a date – the guy who spends every night drooling over dragons and royals on Game of Thrones, or the guy who actually gets out there and meets people?

It’s a mistake not to be proactive with your love life, and hopeless romantics aren’t the only ones who fall into the trap. This is also you if you’re obsessed with superficial dealbreakers or a ‘type’, if you’re paralysed by fear of rejection, if you shun social situations, and if you’ve convinced yourself that ‘all the good ones are taken.’

You Give Off Bad Vibes

“Vibes” are more than a trendy hashtag. Your words and actions paint a picture of who you are. If you have your shit together, that picture is a Rembrandt. If you don’t, it’s graffiti scrawled in a bathroom stall.

Take an honest look at the impression you give your dates. Do you come off as narcissistic? Desperate? Negative? Co-dependent? Insecure? Boring? Afraid of commitment? Weighed down by baggage? None of those things says ‘boyfriend material.’

Remember that it’s not just what you say that matters. Sometimes your body speaks louder than your voice. Learn what it means to have good body language and use it.

You Haven’t Grown Up

There’s a difference between being young at heart and being immature. A frat boy in a designer suit is still a frat boy, and while his infantile antics might sometimes get him laid, no one wants to settle down with someone who considers Animal House a lifestyle manual.

A certain class of man-child is easily identifiable. He lives in his parents’ basement and spends all his spare time playing Call of Duty and posting to 4chan. Or he gets wasted with his buddies every week, hitting up college parties and knocking back Jägerbombs until he blacks out on someone else’s couch.

Others are more subtle. They have a grown-up job and a grown-up wardrobe and a grown-up place to live, but they have the emotional maturity of an acne-riddled teen. They refuse to plan and rarely follow through on promises. They won’t own up to mistakes or take responsibility for their success. They expect to be cared for but rarely extend the same TLC to a partner. They’re recklessly impulsive, avoid thinking about the future or having serious conversations, and are selfish both in bed and out. The rules of adulthood are a complete mystery to these men.

You Have Absurd Expectations

You’re funny, kind, intelligent, fit, well-groomed and well-dressed, with a good career, interesting hobbies, and a bright future. You know you’re the total package. And that’s why you’re still sleeping alone. You’re so confident in your own greatness that you’re never satisfied with anyone you meet. You’ll go to ludicrous lengths find a reason why a potential partner doesn’t live up to your superhuman, bullshit standards.

Or, worse, you’re not the total package at all. You’re unhealthy, under-employed, unhygienic, messy, anti-social, and yet still insist on perfection in a partner. You refuse to consider anyone who’s not a 9 or a 10, and if someone can’t see what a catch you are, you tell yourself there’s something wrong with them. Truth bomb: you are not entitled to date anyone you want if you bring nothing to the table.

The solution to both situations is the same. Learn to appreciate other people’s imperfections; learn to recognise and improve upon your own.

Sorry fellas, no amount of wining, dining, or begging will make you dateable if you have this fatal flaw. A shitty partner attracts other shitty partners and scares away amazing matches. Any other outcome is a fluke (and doomed to failure sooner rather than later).

The first step to improving your shitty partner status is admitting you have a problem. Get ferociously honest. Acknowledge that you’ve been kind of an asshole – or maybe an all-out asshole – in your relationships so far. Then take steps to grow.

Take care of yourself mentally, emotionally, and physically. Identify your bad habits and improve them. Work hard and plan ahead. Open yourself to vulnerability and intimacy. Let go of selfish tendencies. Learn to communicate in a healthy way. Commit. Do everything you can to bring the greatest possible value to a relationship.