Airbus Is Creating The Future Of Taxis With Flying Robots 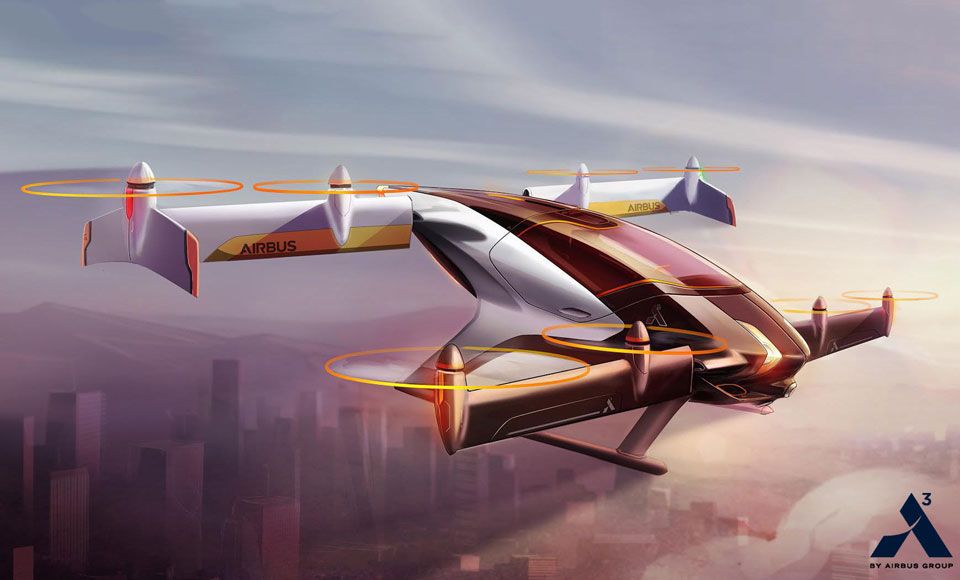 Airbus have laid out their intentions for the future of the world’s taxi industry – flying robots.

The European aeronautical company which manufactures a major portion of the today’s commercial airliners recently announced the production of its Vahana autonomous electric plane. The single seater will be able to fly a single passenger up to 80km at twice the speed of a conventional road car.

Featuring tilt-style wings which can enable vertical take-off and landing via propellers, the Vahana is slated to begin testing at the end of the year. That’s right. This is no pipe dream.

“The vehicle is being built. Parts are being made as we speak,” confirmed Airbus chief engineer Geoffrey Bower.

Before all of you Fifth Element fans get all giddy about levitating cabs, it’s important to note that the whole flying taxi business is still about a decade away with Airbus toying with the idea of teaming up with Uber.

Maryanna Saenko of Airbus Ventures said that they would love to see what kind of partnership would arise out of such an adventurous idea. On the technical side at least, the Vahana works. Two sets of wings with attached propellers essentially turn the plane into a drone for tight manoeuvring in between building landscapes.

Drones have gone down before in the past though. To combat this, Airbus have builtin a failsafe in the form of an emergency parachute which can bring the craft down to Earth at a gentle rate.

NASA’s head of research for innovate aircrafts has already thrown his support behind the idea, saying that “The Airbus Vahana concept is a very good approach. It’s going to work.”

The reason Airbus went with this tilt style propeller plane is rather simple. A conventional light helicopter design simply doesn’t have the range required to cover a distance of 70km. As a solution, a tilt-winged plane which can hover and fly will save on running costs and increase flight speeds with the same battery power.

Once all of the technical bugs are ironed out, there’s still a mountain of operational regulations that need to be cleared.

“The biggest barrier for craft like the Vahana isn’t the plane itself, but the infrastructure around it,” CAFE Foundation executive director Yolanka Wulff.

Ushering the Vahana into operation will require vast infrastructure such as landing pads throughout the urban environment which could pose an issue for areas with little space and patience for aircraft noise. Costs will also be a major factor of the robotic service’s success, with predictions outlining that it shouldn’t cost more than US$40 for a 15-minute flight.

Ubering home in a private aircraft after a boozy night out may sound cool, but you may have to wait a decade.