Cool Things Every Man Needs To Try Once In Sydney

We’re not going to sugar coat it. Sydney has become a rather laughable global “city” ever since the lockout laws kicked in. With all of the vibrancy and nightlife all but decimated, it’s a safer town no doubt, but what town isn’t when people are home on the couch by 10pm. You win, Melbourne.

But we digress. With the cliches of lounging with tourists on Bondi Beach and anything to do with a bridge or Opera House completely banned from this list, we’re left with the coolest things to do in Sydney when there’s not much else to do in Sydney. It’s a far cry from Vegas or Tokyo but what Sydney does do well is make the most of its strengths.

Here are the ones every man needs to capitalise on today.

Eat At One Of The World’s Best Pizza Joints 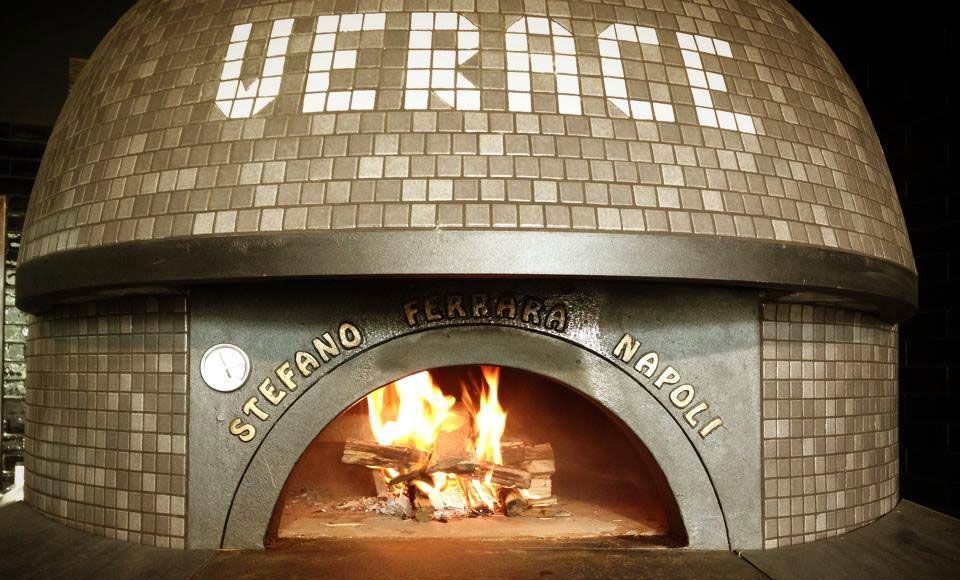 The best pizza in the world. That’s the title that this humble little pizzeria in Sydney’s Macquarie Park holds. Headed by three dedicated pizza chefs reigning from Italy themselves, Verace Pizzeria has fought off some stiff competition to be crowned the winner at the World Pizza Championship Australia – the Australian leg of the international competition. Their pizza is so serious that it even holds a Certificate 596 from the Associazione Verace Pizza Napoletana, meaning that their stuff is the real deal according to the “True Napolitana Pizza Association”.

Get Your Ninja Warrior On 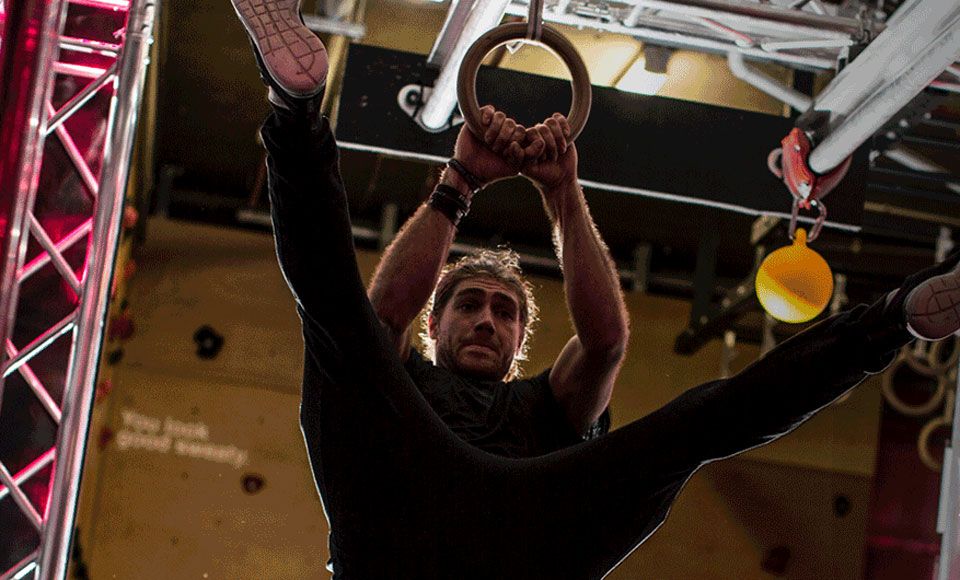 Crossfit is out. Ninja Warrior is officially in. With Australia currently filming their own version of the hit global fitness series, endurance has become all the rage with contestants making their way through some gruelling course that will test both strength and will. Skyzone in Miranda are the first ones to capitalise on this movement with their own Ninja Warrior course which consists of rings, bars, inverted rock climbing and a hell of a lot more designed to break any man. Think you’re worthy? Only one way to find out, barbell boy.

Snorkel With Marine Life At Fairlight 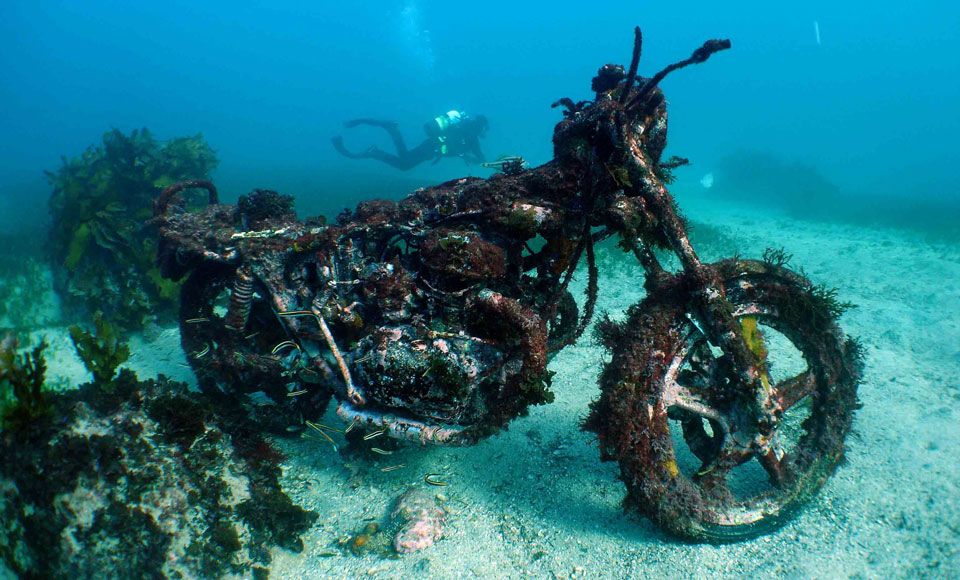 Forget about Manly beach and sitting by the wharf with the out-of-towners. Fairlight within Manly also hides a secret under water and the only way to experience it is by snorkelling. The area boasts an extensive range of marine wildlife including sea pike, old wives, john dory, bream, stripies, a variety of nudibranchs and exotic fishes that can be seen all year round. The water temperature is pleasant most times and visibility ranges up to 10 metres in the 10 metre deep water. The price? Free for pros or hit up the Dive Centre Sydney for gear.

Dance With Your Local Bakers 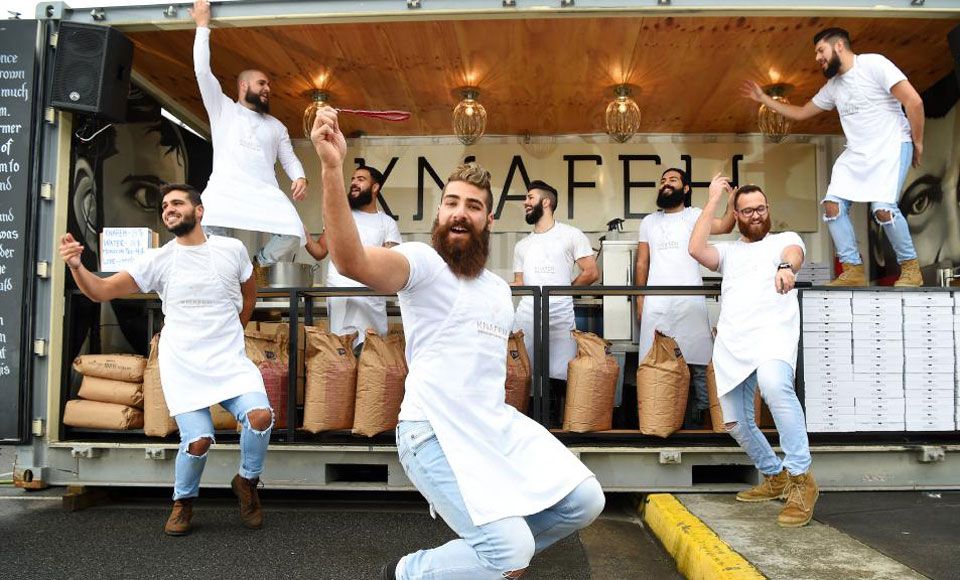 The Bearded Bakers have quickly made a name for themselves as Sydney’s all dancing, all baking kings of Knafeh – a Jerusalem based street food which doubles as dessert. The cool thing is that these guys are rarely in the same location for more than a week so the only way to sample their Kanfeh is by jumping on their social media to see where they’ll be parking up their mobile bakery next. The dancing is free.

Drink At One Of The World’s Best Bars 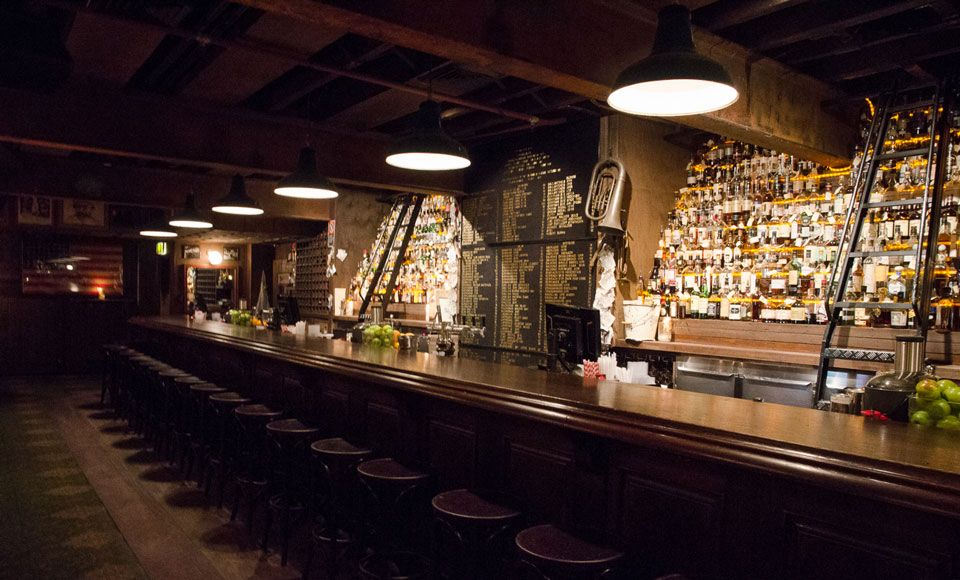 The Baxter Inn last year took out the 12th spot of the world’s best bars so it’s definitely one of the drinking holes to swing by closer to home. Be warned though besides the extensive list of whiskies the place is tiny and the after work queues are huge so head in as early as possible.

Swim Under A Mini Waterfall 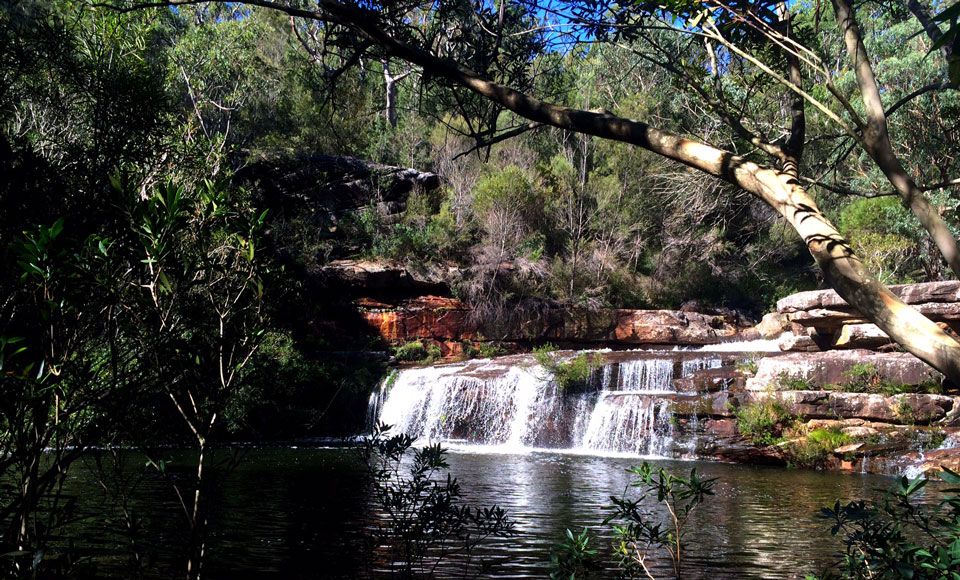 Head south to Sydney’s Royal National Park before embarking on a challenging trail and you’ll be greeted with Winifred Falls, a mini waterfall which people can swim in. Parking on Warumbul Road is best with a 2km walk to the water which connects from the South West Arm Creek before flowing over the rock shelf. A pristine part of Mother Nature that needs to be experienced beyond regular old Sydney. 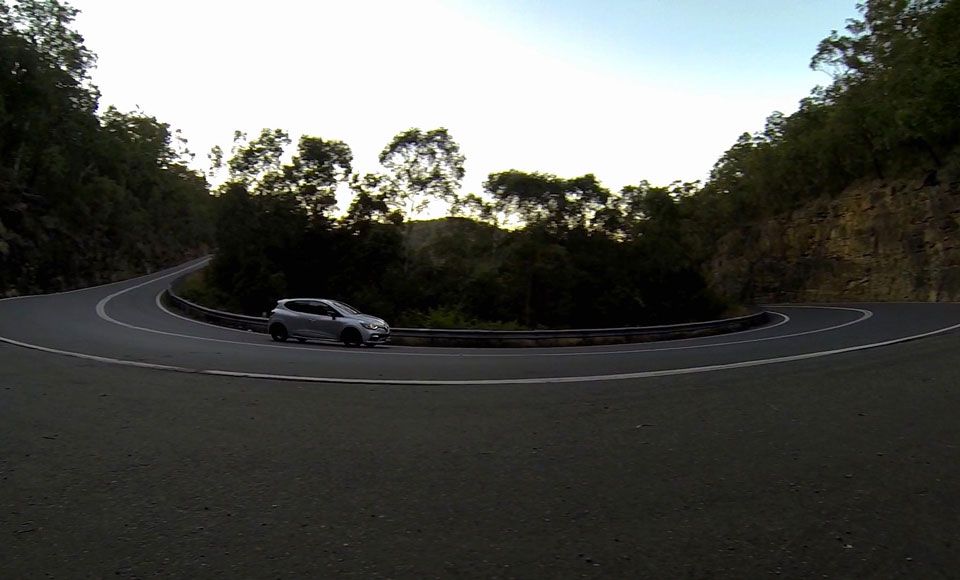 Have a fun car, need a fun road. Putty Road is that road but be warned – police have long caught on to revheads and motorcyclists who’ve been using it as their own personal stretch of Mt Panorama. As such, it’s best to head there early on a Saturday or Sunday for a spot of spirited driving. Trust us it has more curves to put a smile on your face than Beyonce. And be sure to stop off at the Grey Gums Cafe for a rest break alongside other enthusiasts.

If you’re the fitness type and don’t mind bumping into a few people you know, then the Bondi to Bronte is a must. Not only is it a great cardio workout but you get the fresh air and may even see whales or dolphins. When all is done park yourself at Tamarama beach – the Bondi for locals.

Drink At One Of Sydney’s Finest Rooftop Bars 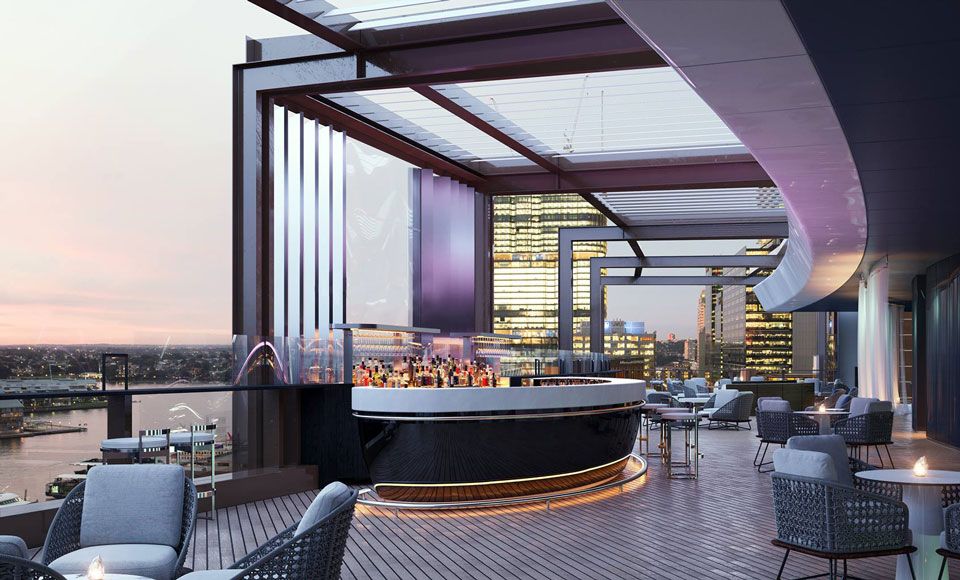 Zephyr is the latest to join Sydney’s growing list of rooftop bars and this one may well take the Martini as one of the city’s best. Perched atop the recently opened Hyatt Regency is a stylish drinking space which takes full advantage of Sydney’s harbourside views of Darling Harbour. Heading the bar is mixologist Grant Collins of The Powder Keg fame. An open breeze, an amazing drinks list and a view of Sydney like no other makes this the place to be at the moment.

Sharpen Up Your Clay Shooting Skills 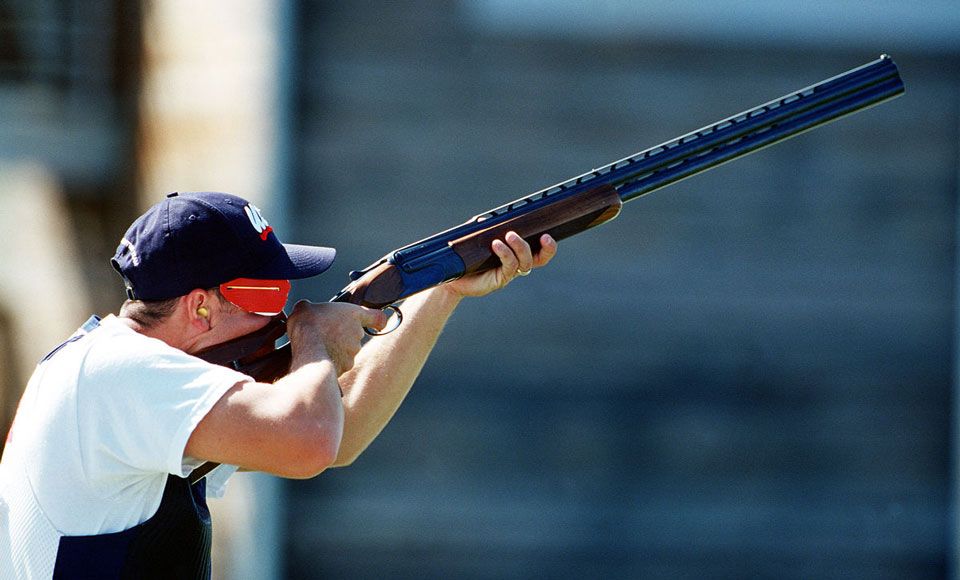 Test your marksmanship at the Marconi Clay Shooting Club for something entirely different (and illegal outside of the grounds). It’s all about competition and fun as groups, friends or family gather to celebrate any occasion by blowing away clay pigeons. No experience or firearms license is required at this professional shooting club so you can get you Duck Hunt on faster.