Qantas Unveil Their Latest Premium Economy Seats For The 787 Dreamliner 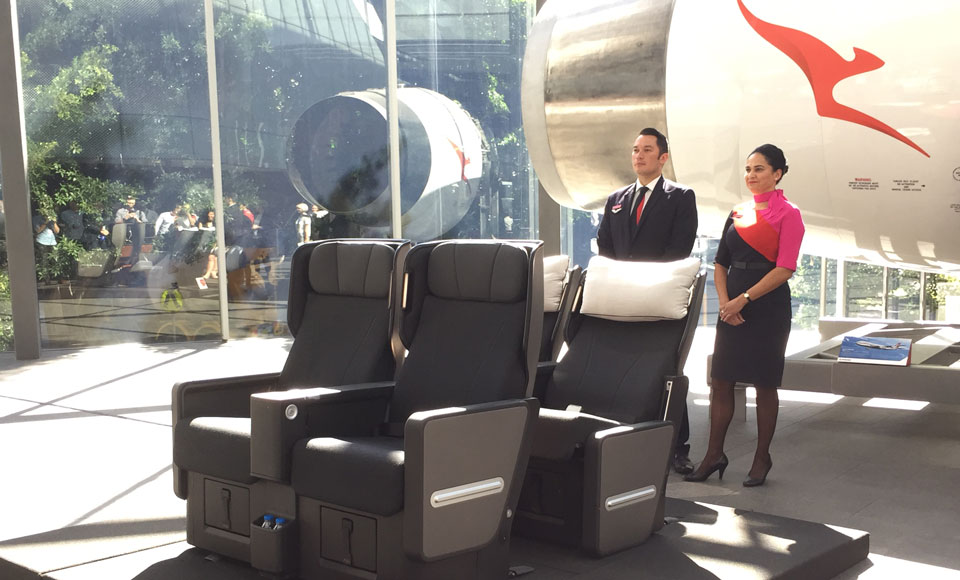 Qantas have today announced the arrival of their next generation Premium Economy seats penned by leading Australian designer, David Caon.

The upmarket feel and look to the latest seats are now more defined than ever with tanned leather inserts on the fold down foot rests and tray. The elegant colours further adorn the panels to drastically push the Premium Economy seats to aesthetics never before experienced on a Boeing 787-9 Dreamliner.

A total of 28 seats will be allocated to the Premium Economy class on the Qantas Dreamliner flights in a two-three layout in order to maximise aisle access for middle seat passengers.

A closer look at the numbers will reveal the seats are now 10 percent wider than the flying kangaroo’s current Premium Economy offering whilst the range of recline also increases to accommodate taller passengers. Final changes worth noting include a headrest which comes with a telescoping option to attain the ideal sleeping position for long haul journeys.

In the legroom department Qantas have equipped the seats with a fully customisable foot rest which can be adjusted to any position. Stretching the pins is now possible without leaving your seat thanks to a foot hammock which sits further back in the foot well.

In-flight entertainment is taken care of with a revamped screen from Panasonic which is now 25 percent larger than previous models and comes equipped with a wider swivel angle and a handy slot for tablets. Every seat also affords itself two USB charging ports and shared AC power. Rounding out the latest seats nicely is a bevy of storage compartments – there’s five in total for both bottled drinks and personal goods.

“You have to experience how well it supports you when you recline to realise it’s completely different anything else in its class.”

David Caon who headed the design of the seats says that everything has his team’s own personal touch. “We designed the fabrics, the laminates to this shape, the level of pearlescence has all been bespoke created.”

“You’re creating something that’s between business and economy so it has to be aspirational.”

The first of eight Qantas Dreamliners featuring the new Premium Economy seats will be delivered in October this year with flights taking place between Melbourne and Los Angeles and Perth and London. 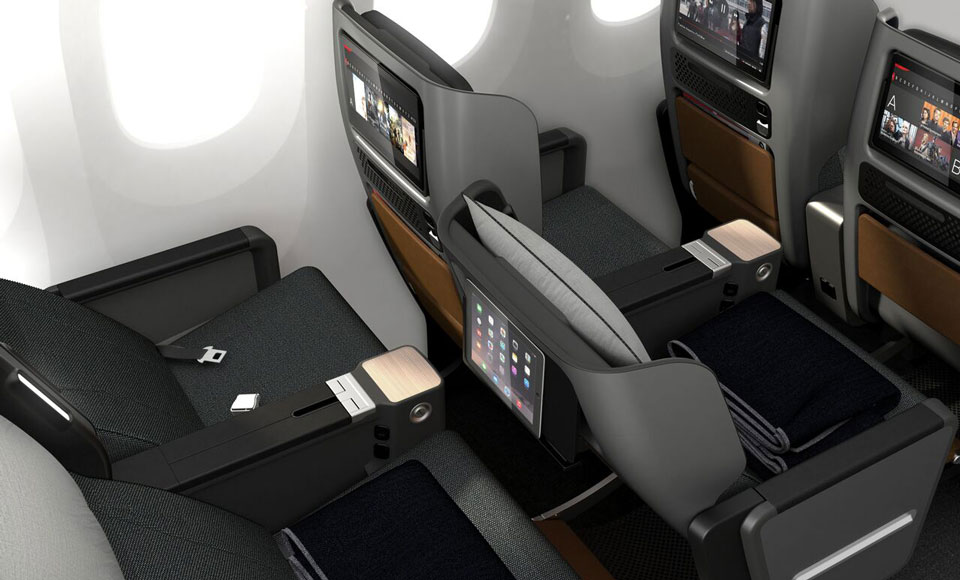 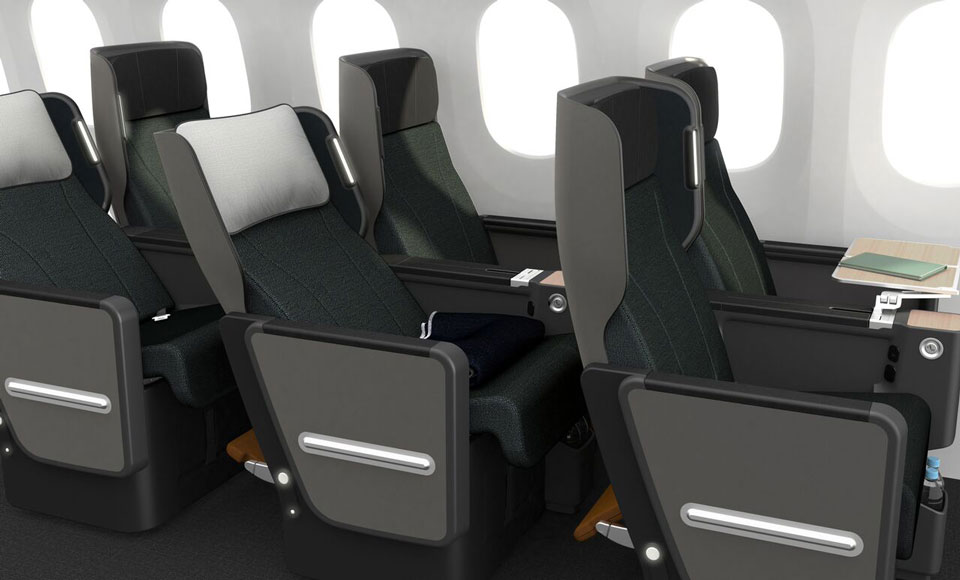 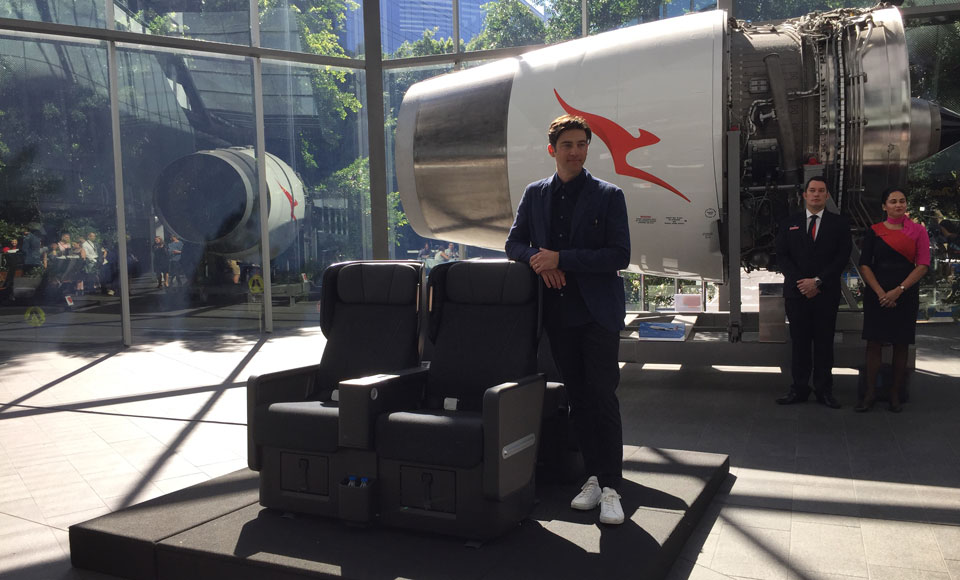 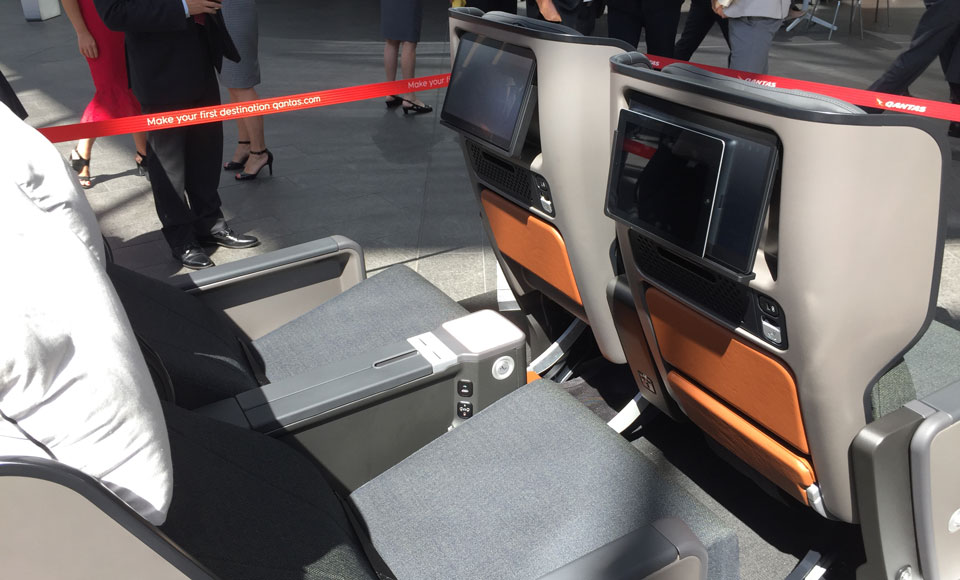 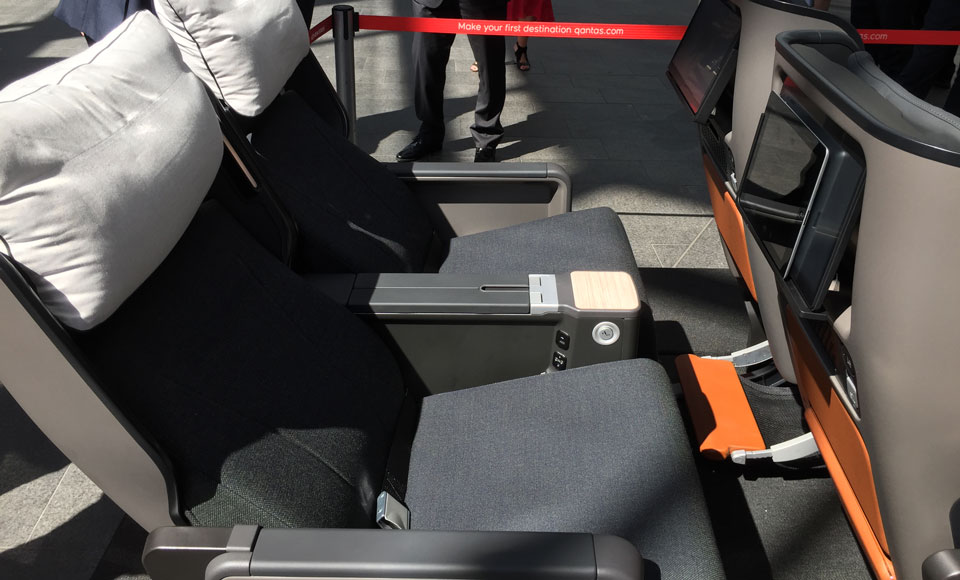