Even the finest cities call for occasional escape. The ideal antidote for urban ennui? Pack the car, plan the road trip playlist, and bid the metropolis a brief goodbye. 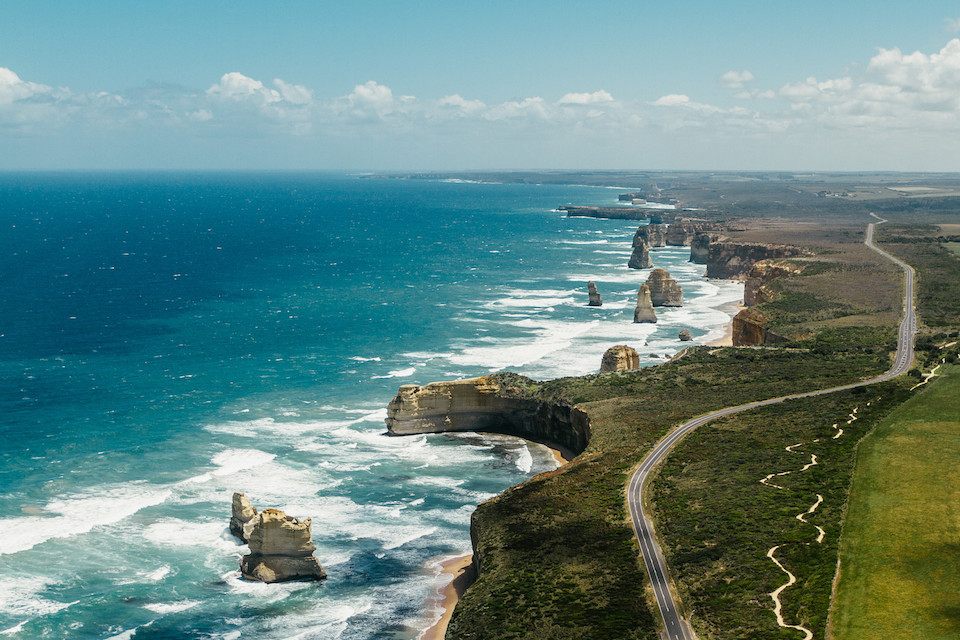 The city of Melbourne has ample attractions for visitors and locals, and even the suburbs have their charms. The Victorian capital is a bewitching blend of culture, cuisine, coffee, shopping, greenery, entertainment, and general cool.

But even the finest cities call for occasional escape. At times you yearn for simpler pleasures – a dash of yin to your urban yang – and the only antidote is to pack the car, set the road trip playlist, and bid the metropolis goodbye.

Fortunately, some of Melbourne’s most memorable sights sit outside the CBD. An hour or two’s drive could bring you to beaches and bluffs, rugged mountains and thick forests, historic towns, hot springs, spas, vineyards, and even penguins.

Fill up the tank and pack the snacks. It’s time to discover the best day trips from Melbourne.

Pick your poison and head to the Yarra Velley for a day of (responsible) drinking. The region is famous for its wineries, which produce world-class Chardonnay, Pinot Noir, Cabernet Sauvignon, Shiraz, and sparkling wines. The Yarra Valley is also one of Victoria’s oldest cider regions, and a growing number of microbreweries have set up shop in the area.

If a tipple isn’t in the cards, explore the TarraWarra Museum of Art, trek Yarra Ranges National Park, or soar over the scenery in a hot air balloon.

The forest-covered Dandenong Ranges has been a popular retreat for city slickers for over a century. While you could visit just for a scenic drive, the ideal visit involves actually setting foot in the great outdoors. Stroll through Sherbrooke Forest or one of the Dandenongs’ ornamental gardens. Cycle ‘The Wall’, ‘Devil’s Elbow’, or ‘1 in 20’. Summit Mount Dandenong for a sprawling view of Melbourne below.

If you have the stomach for a bit of sentimentality on your visit, hop aboard Puffing Billy for a panoramic ride. The venerable steam train seems a tad silly at first glance, but it’s one of the finest preserved steam railways in the world – still running on its original, century-old track – and it’s a beloved Dandenongs institution.

An hour outside of Melbourne, Mornington Peninsula offers relaxed coastal living with a sophisticated side. Walk to Arthurs Seat for the area’s most elevated view. Commune with nature at Point Nepean National Park. Unwind in the local hot springs. Pick up souvenirs at the Red Hill Markets, or pick your own fresh fruit at the Sunny Ridge Strawberry Farm.

There’s a good reason Daylesford is renowned for its relaxing vibe: 80 percent of Australia’s mineral springs are in the area, making it prime territory for spas and high-quality produce. The former is most famously found at Hepburn Bathhouse and Spa. The latter is best expressed by the locally focused, repeatedly awarded eatery at the Lake House.

Should you get bored of the pampering at any point, pay a visit to The Convent Gallery. The 19th century mansion began life as the private residence for the Gold Commissioner, then became a convent and Catholic boarding school, and now houses three levels of galleries containing works by over 100 local, national, and international artists.

Cinemaphiles, this one’s for you. The distinctive formations of Hanging Rock – of Picnic at Hanging Rock fame – await in central Victoria. But you don’t have to be a fan of 1970s Australian film to appreciate the sight. The 6 million-year-old structure is a favourite for anyone who appreciates a hike or a view.

To continue the adventures in Mother Nature, ascend Mount Macedon, a 1001 metre-high extinct volcano. Pay respects to the heroes of World War I at the Memorial Cross at the summit, then gaze in awe at the sweeping view of Melbourne, the Dandenong Ranges, and the You Yangs.

Leave Melbourne early to make the most of a day on Phillip Island. Though the island maintains strong ties to its farming roots, modern times have brought an odd mix of petrolheads and penguin fans to its shores. Its two most famous events are the Australian Motorcycle Grand Prix, held annually in October, and the Penguin Parade, which sees thousands of spectators gather to watch the little fellas waddle from the sea to their land-based nests at night.

Engines and animals aren’t all Phillip Island has to offer. Adrenaline junkies can bike, kayak, surf, swim, snorkel, and do battle in a round of paintball or laser strike. Don’t leave without visiting The Nobbies, land of boardwalks and vast coastal viewing, and Seal Rocks, home to the country’s largest Australian Fur Seal colony.

Skip the car and hop the train to Bendigo. Not only is the trip convenient, it makes the city’s period railway station your first point of contact, a fitting welcome to a town famed for its Victorian-era architecture. Visit the Central Deborah Gold Mine if you’re interested in learning more about Bendigo’s history as a gold mining boomtown, or explore the city’s Chinese heritage at the Golden Dragon Museum.

If art and culture are in the cards, pop into the Bendigo Art Gallery and wander the town’s View Street arts hub. Get your performing arts fill at the elegant Capital Theatre, built in 1873, and the new Ulumbarra Theatre. Venture just outside Bendigo to see the Great Stupa of Universal Compassion, a Buddhist monument that, when finished, will be the largest of its kind anywhere in the Western world.

One of the world’s greatest road trips is at the tip of your fingers – or the tip of your tire treads – from a home base in Melbourne. The 243-kilometre Great Ocean Road hugs Victoria’s coastline from Torquay to Allansford, winding through varying terrain and providing access to several prominent landmarks. Most famous are the dramatic rock formations known as the Twelve Apostles (a perennial favourite of Instagrammers from both near and far).

Along the way you’ll pass mighty surf breaks, waterfalls, small seaside towns like Apollo Bay and Lorne, Bells Beach, the Gibson’s Steps, and Loch Ard Gorge. Opt for the helicopter flight for the most unbeatable view of the iconic coastline. 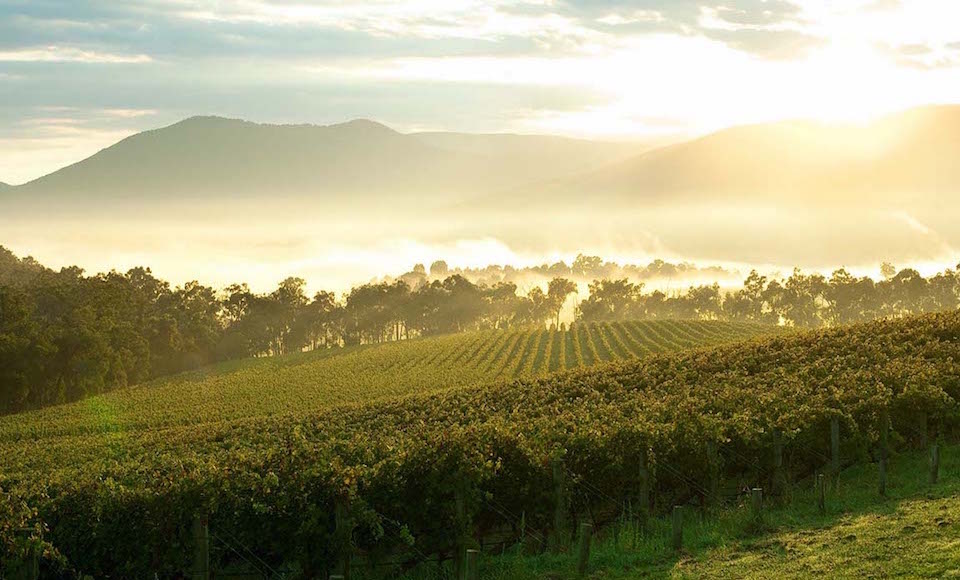 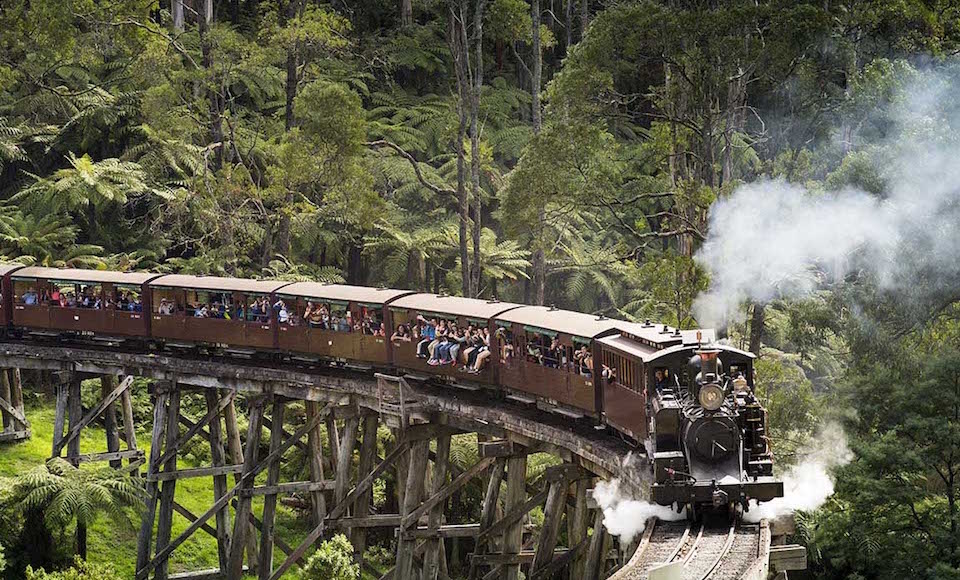 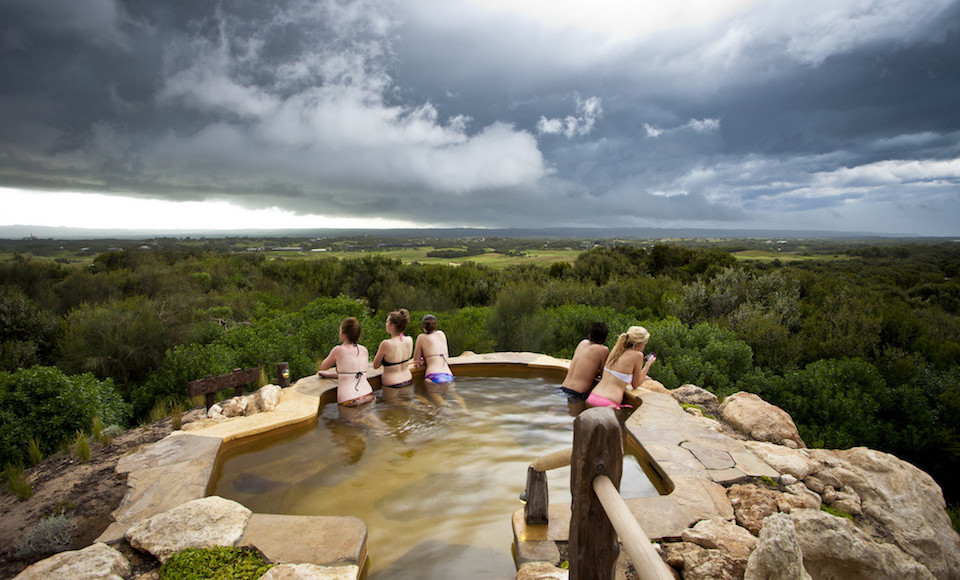 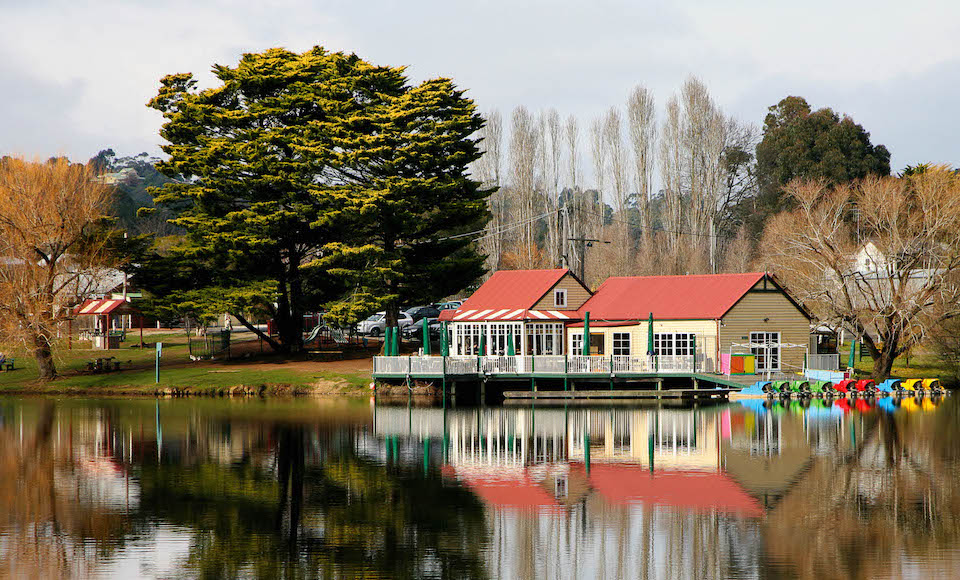 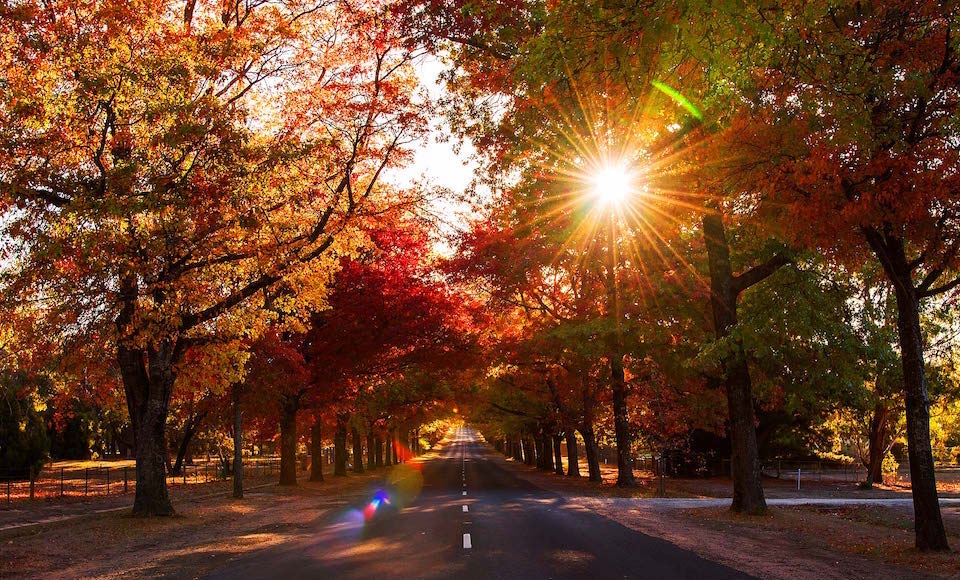 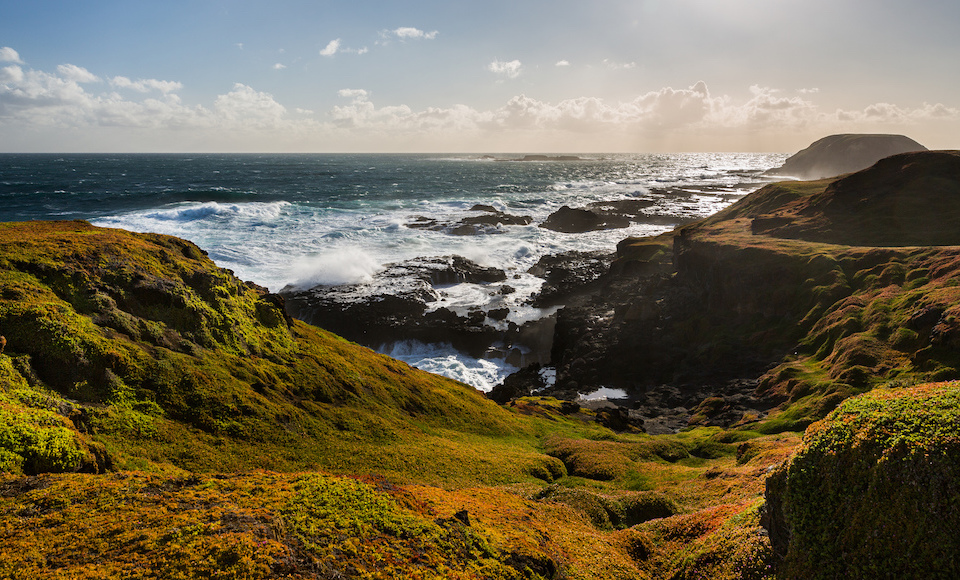 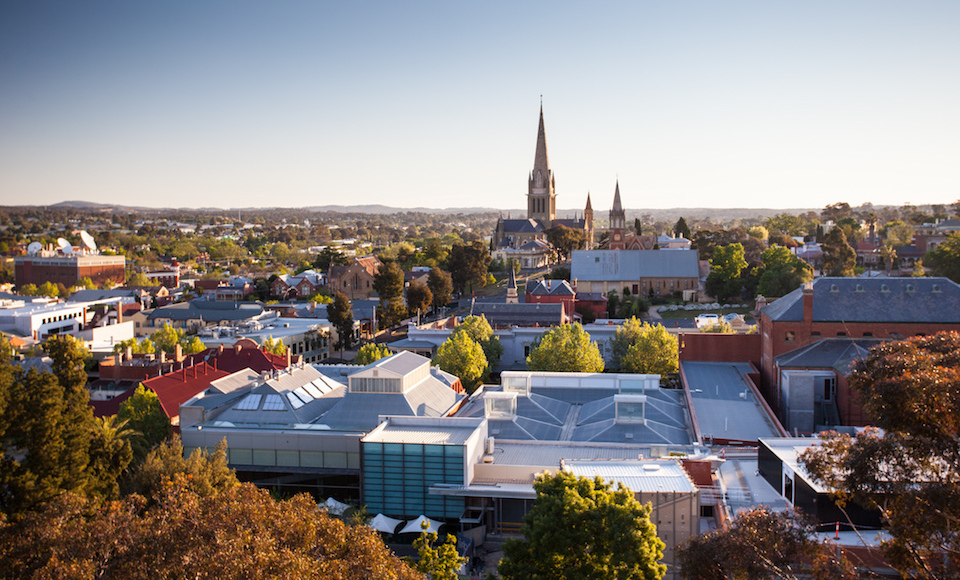 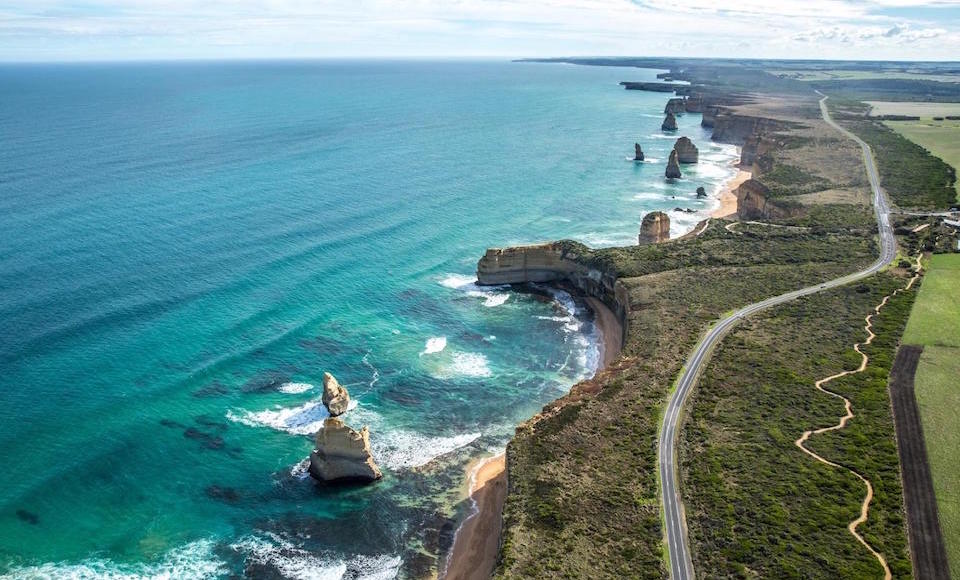