Get To Know Pantone’s Color Trend Predictions For 2018

Pastels are out. Metallics, iridescents, intense shades, and fringe are in. 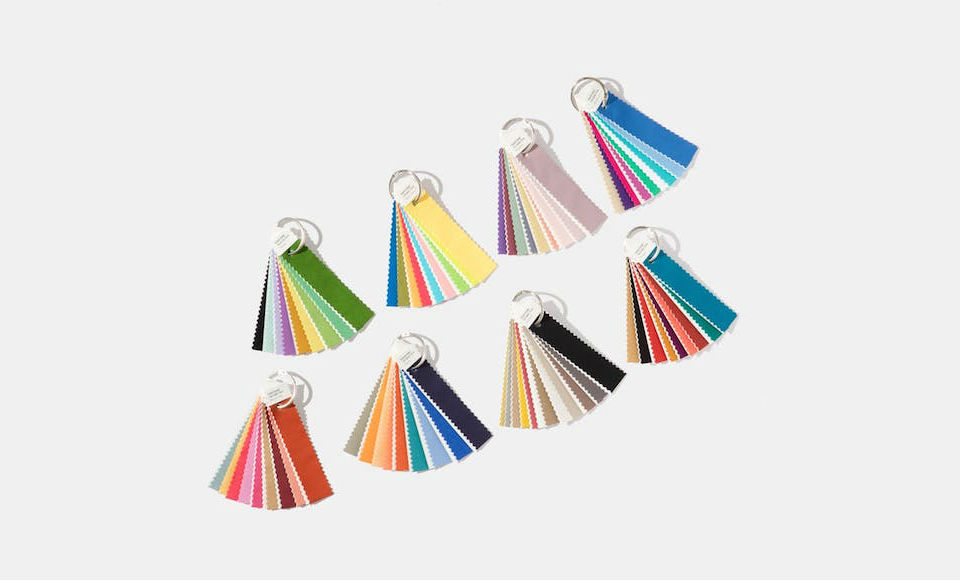 Though we’re only a few months into 2017, the folks at Pantone have already consulted the colour psychics to reveal their colour trend predictions for 2018.

Shiny is in, according to Eiseman. “Metallics we know are classic,” she said, according to trade publication Home Accents Today. “But they have really moved over into neutrals.” She also noted an ongoing fascination with all things iridescent, pearlised, or translucent, which she said “the human eye can absolutely not avoid.”

Eisemen’s colour trend predictions show a shift away from the pastels of recent years (like 2016’s Colours of the Year Serenity and Rose Quartz, or the omnipresent Millennial Pink) to bolder, brighter shades.

“Intense colours seem to be a natural application of our intense lifestyles and thought processes these days,” she said.

These trends are reflected in the 2018 Pantone View Home + Interiors palettes, which were also unveiled at the Housewares Show. The eight colour groupings, which you can see above, are:

Vegetal colours like Celery and Foliage combine with berry-infused purples and an eggshell blue, in a palette Eiseman called “symbolic of health.”

Complementary colours on the colour wheel – oranges and blues – blend in a palette that is clever and “resourceful” in re-using and re-furbishing what consumers may already own. “It combines warm and cool tones that you just can’t avoid looking at it,” said Eiseman.

Speaking to our need for whimsy, the Playful palette is out-of-the ordinary and quirky. The colours are “bright-hearted more than light-hearted” with names to match (Minion Yellow, Lime Popsicle, Green Flash).

Low-key and subtle, Discretion is the opposite of Playful. Nostalgic hues such as Elderberry, Burnished Lilac, and Hawthorne Rose combine with strengthening tones to offer newness to a subtle palette.

This palette “reaches out and embraces many different cultures,” said Eiseman. It refreshingly combines three popular rosy tones with Iced Coffee and Ruby Wine, as well as a few earthy tones such as Cornsilk yellow.

This palette reflects the popularity of intricate designs. It features the “new neutrals” – aka metallics – with a florid Holly Berry Red and yellow Sulfur for an added layer of drama.

Pantone’s nod to the proliferation of technology features hues “that seem to shine from within.” Colours include a vibrant blue, green, fuchsia, and purple, along with iridescent peacock tones in both turquoise and hot pink, offset by Brilliant White and Frosted Almond.

Eiseman also predicted some of 2018’s design trends. She expects the 1970s trend to stay strong, with plenty of fringe on the way. She highlighted our fascination with letters and words as a design element, the use of triangles as a motif, and dimensional diamonds and intricacy (which she attributes to the popularity of 3-D printing). Wood treatments have also become “very unique and really artful,” she said.

Share your thoughts: Which trend are you most excited for in 2018? Or are you happy to see anything that isn’t Greenery?