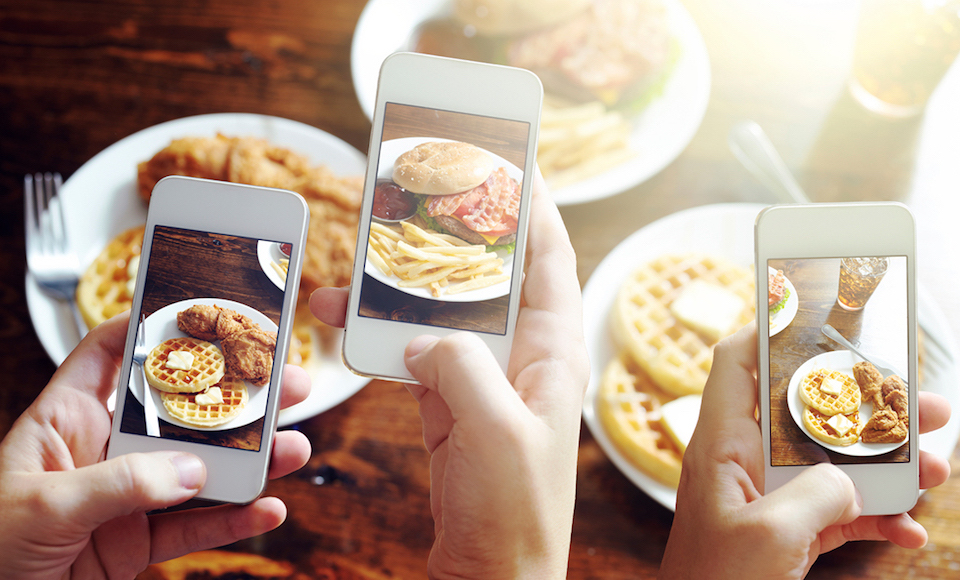 How long can you go without looking at your phone? Be honest.

How about your email? Or Instagram? How long can you wait before checking out the latest viral video or meme? How often do you binge-watch content on Netflix?

It’s harder and harder to remember what life was like before we were surrounded by technology, and though you may think the transition was smooth, it turns out our brains are having a hard time adapting to the digital age.

Studies have found that our tech obsession has changed the way we read and comprehend, shortened our attention spans and our patience, and impaired our ability to remember things without Googling. And that’s not all.

Cognitive neuroscientists have identified five brand new brain disorders that were born out of our technology addition. No, this is not an episode of Black Mirror.

Arachnophobia, agoraphobia, claustrophobia, and now: nomophobia. Nomophobia entered the lexicon in 2012, and is defined as “fear of losing or forgetting one’s mobile phone, or of being outside of the phone’s signal area.”

No-Mobile Phobia… nomophobia… get it?

In one U.K. Survey, 73 percent of respondents felt panic when they misplaced their phone. For another 14 percent, that panic spiraled into full-on desperation. Research into this fear is new so it’s possible nomophobia isn’t bad for our long-term health (but let’s be honest here, does that sound healthy to you?).

Every single one of us has experienced – or been guilty of – this at least once. Our devices are an increasing source of interruption during our leisure time, conversations, and meals with significant others, friends, and family. Researchers have dubbed these interruptions “technoference.”

Higher technoference correlated directly with lower relationship and life satisfaction in a 2014 study. “We would still hypothesize that when partners experience what they perceive to be an interruption due to technology, their views of the relationship are likely to suffer, especially if these interruptions are frequent,” Brandon T. McDaniel, one of the study’s authors, told The Week.

Another study found that smartphones are even interfering with our sex lives. Some participants admitted to rushing sex to answer a phone call or check a notification, and a whopping 40 percent said they’d postponed sex because of smartphone use.

We don’t need to tell you what this is. You know all about the phantom ring, which refers to the perception that one’s mobile device is ringing or buzzing when it’s not.

The phantom ring is such a problem that one man studied it for his dissertation. Of the 320 adults he polled, two-thirds reported experiencing the phenomenon. Several other studies had similar findings.

Fictional rings are pretty benign as problems go, but they’ve had a big enough impact for the Macquarie Dictionary to name “phantom vibration syndrome” as its 2012 “Word of the Year.”

Almost all of us have looked up the occasional malady, but it becomes a potential psychological issue if the person is already prone to hypochondria. It’s easy to obsess when information on every disease and disorder under the sun is at your fingertips.

“For a number of reasons, most medical professionals aren’t too happy about the self-diagnosis trend,” wrote psychologist Mary Aiken at Quartz. “It isn’t simply a matter of loss of control or an undermining of their authority through online medical searches — it can mess with the diagnostic process, because the results can suggest rare or morbid conditions to patients, which in turn can prompt the appearance of new ‘symptoms.'”

The 1998 film The Truman Show saw Jim Carrey play a character who inhabits a simulated reality and whose entire life is broadcast on TV to legions of fans. Truman eventually discovers that his world is not real and decides to escape. The Truman Show Delusion, however, is the false perception that one’s life is being broadcast.

Joel Gold, a professor of psychiatry at New York University School of Medicine, was first to identify the syndrome in 2003. He believes it’s a direct result of an overly connected, entertainment-obsessed, social media-driven culture that feeds the most narcissistic aspects of our character.

Now might be a good time for that digital detox you’ve been thinking about.