Sometimes, you need to get rid of complications in your life and bring it back to the bare essentials. This goes for your watch too. Simplifying your watch gives it a clean aesthetic, making the watch suitable for smart-casual or formal occasions.

The watches we’re showing here today are the purest expressions of a timepiece: hours and minutes, possibly a seconds hand, and nothing else – as purity of design is key for these watches. 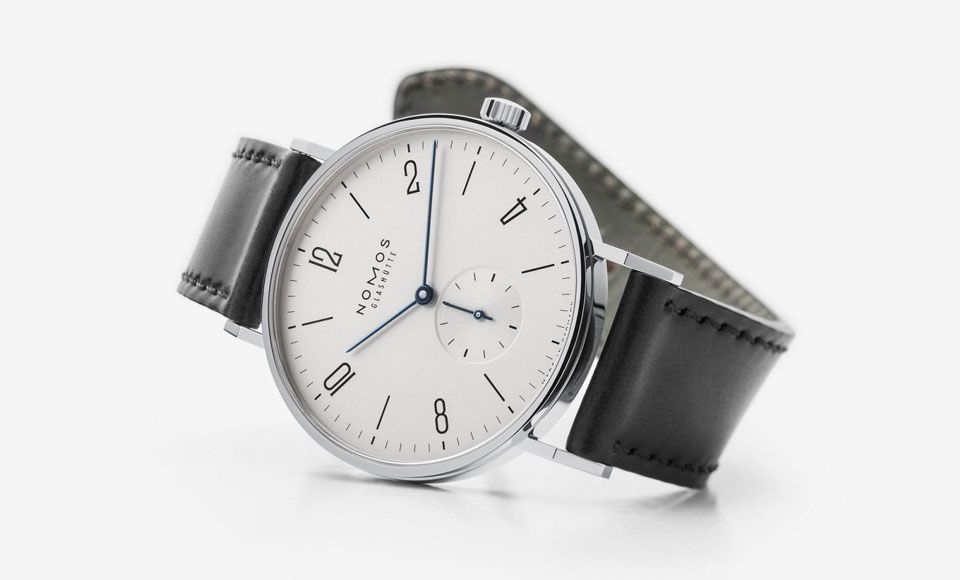 One of the four original models released by the brand in 1992, the NOMOS Glashutte Tangente 38 continues its clean design aesthetic in a slightly more modern case size. The dial is silvered, with thin blue hands for the hours, minutes and seconds subdial. The arabic numerals are slim, with a touch of art-deco in their design, combined with the simple, functional case echoes the codes of the Bauhaus school of design in their minimalist approach to the design of the watch.

NOMOS Glashutte prides itself on being a manufacturer of movements, and the Tangente 38 is no exception. Housed within the stainless steel case is the Alpha movement, complete with German finishing features such as the three-quarter plate, Glashutte sunburst on the ratchet wheel, and blued screws. 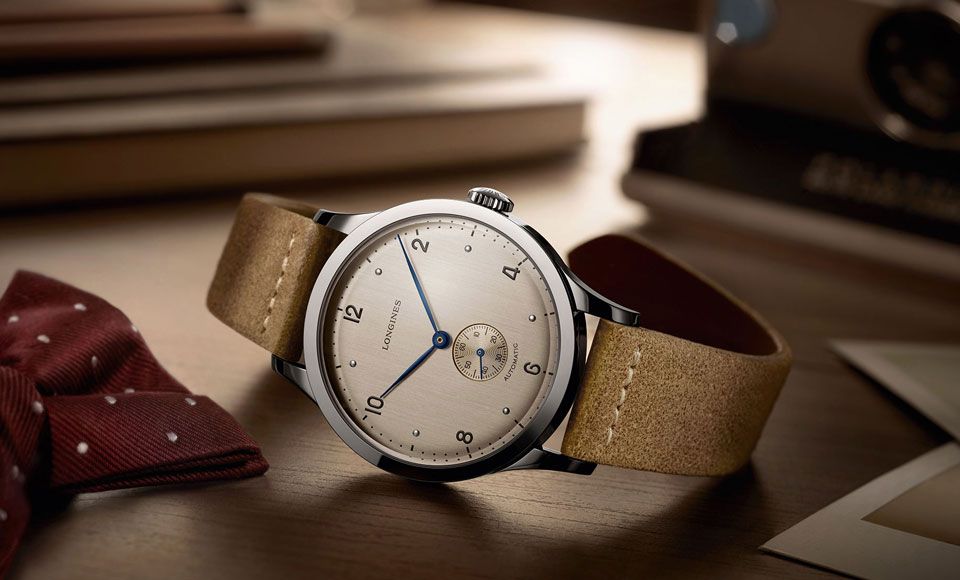 Released at Baselworld 2017, the Longines Heritage 1945 brings back the old-world elegance of wristwatches, when the concept of a wristwatch was still gaining traction in the world. An exercise in purity, the watch features nothing but hours, minutes and seconds, with a copper coloured dial accentuating the vintage origins of the watch.

Arabic numerals are placed on every second hour, and a round marker takes place of the odd number hours, giving the dial an uncluttered feel. The slim stainless steel case, combined with the aged look beige leather completes the vintage look, and is complete with an automatic movement providing 42 hours of power reserve.

For Sir Edmund Hillary, nothing but a Rolex Chronometer would suffice for his ascent of Mount Everest. Supplied by Rolex with what would become the modern Explorer, he made his ascent along with Sherpa Tenzing Norgay in 1953, becoming the first to summit the legendary mountain, with a Rolex accompanying him on his ascent.

The modern Rolex Explorer continues that legacy with a simple display that leaves nothing to chance. With numerals at 3, 6 and 9 o’clock, the dial sets the standard for a quintessential tool watch. Highly legible hands and markers are the only accents on this watch, illuminated by Chromalight – a long lasting luminescent material that is proprietary to Rolex.

Couple this no-nonsense dial with the Rolex Calibre 3132 that is chronometer certified, and you have a great tool watch designed to last the ages. 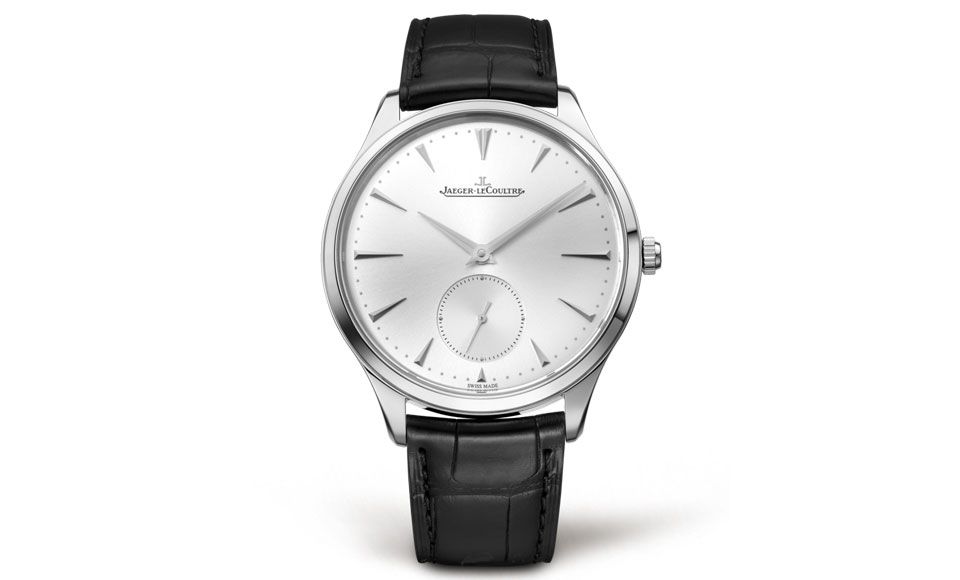 Not only a great dress watch, the Jaeger-LeCoultre Master Ultra Thin Small Second takes the simple minimalist concept of hours, minutes and small seconds, and refines it, creating added value and celebrating the watchmaker’s art.

Combining a slim case and a silver dial, the watch is as paired back as possible, while the applied markers, and the hands that carry a polished and matte finish accentuate the finishing of the dial.

The design of the case carries small flourishes, such as the bevelling on the lugs and the thin polished bezel, giving the watch presence on the wrist, whilst remaining restrained in its proportions. 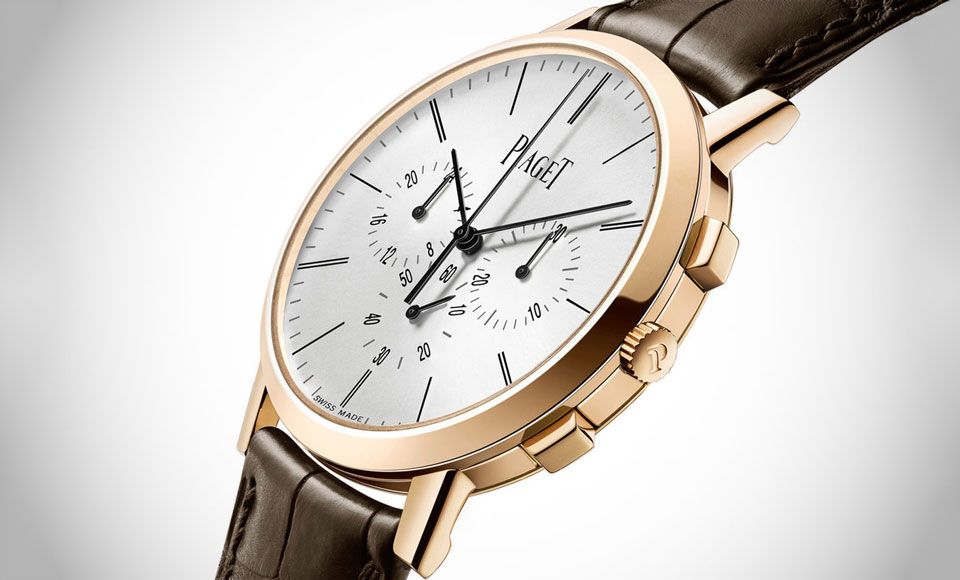 For the Altiplano’s 60th anniversary, an ultra-thin watch was created and limited to just 360 examples worldwide.

The colour itself is a thing of beauty with a blue dial wrapped in a 43mm white gold case to exude the elegance worthy of the Altiplano name. Inside the timepiece resides the Manufacture Piaget 1200P ultra-thin self-winding movement which drives the central hours and minutes.

The caseback also features a sapphire crystal to ensure the refined finish of the mechanics and anthracite-grey oscillating weight featuring the Piaget coat-of-arms can be viewed in all of its glory. A blue alligator-skin strap polishes things off immaculately whilst still pertaining to the design ethics of minimalism. 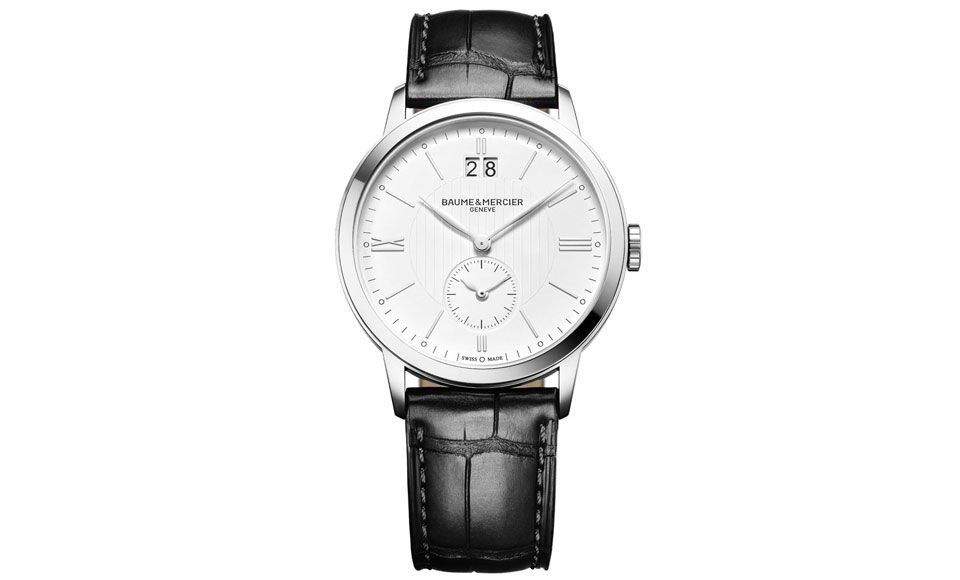 The Classima range spans across a range of thirty different variations but the one that will pull at your minimalist heartstrings is the Ref. 10218 model which boasts a date window and dual time function on smaller counter.

The watch is specifically made for the up-and-coming generation and tomorrow’s talents which in real world speak means it’s very accessible for a Baume & Mercier piece. A clean white dial wears Roman numerals and elegant indexes which helps to channel the classic look set in a 40mm steel case.

A Swiss made Quartz movement meanwhile keeps everything on time in a robust little package that’s further paired with an elegant alligator strap to ensure seamless timekeeping from the office to the after hours. 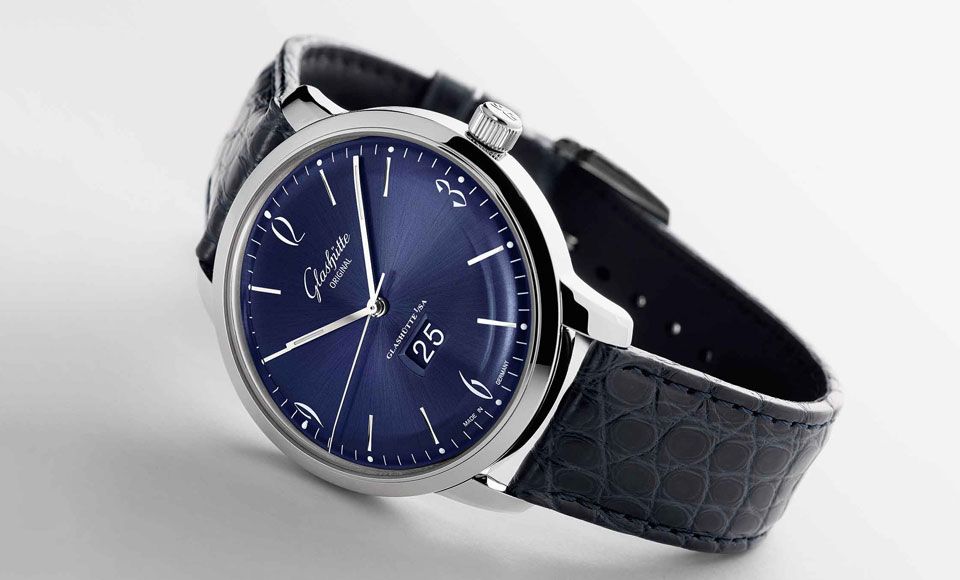 Chronographs rarely fall into the minimalist camp but when it wears the Glashutte name then the game has changed. The watchmaker’s 2017 release of the Iconic Sixties Square comes in five new colourways and the same squared-off cushion case and a bright dial.

This coincides the new range with those from the past decades under Soviet occupation. The influences from this are evident through the curved numerals, svelte cases and bold hues. The case itself is a 41.35mm stainless steel item which houses Glashutte Original’s in-house caliber 39-34, an an automatic chronograph movement which affords a 40-hour power reserve. 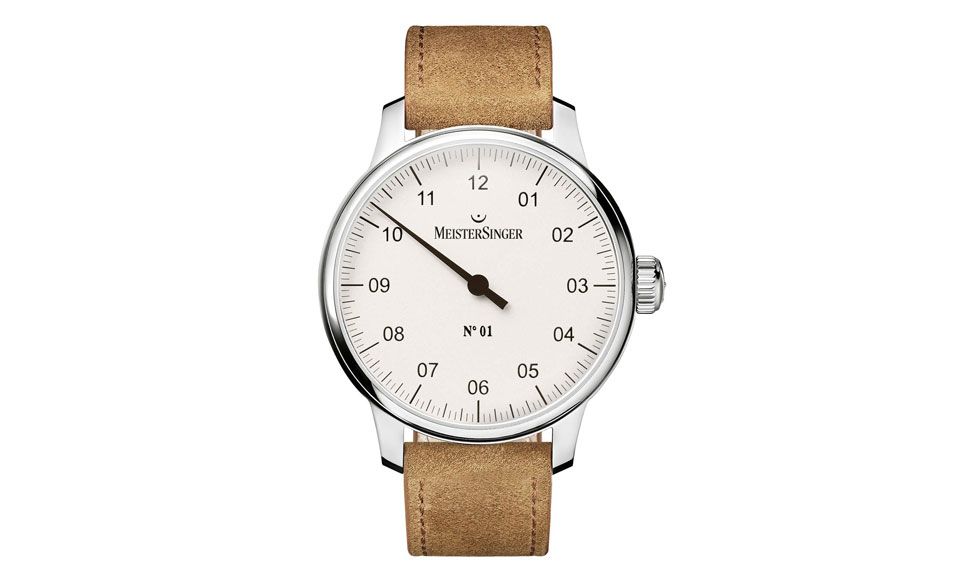 It doesn’t get any more minimalistic than the single handed watches of MeisterSinger. Inspired from the sundial and single-handed clock towers of a bygone era, the MeisterSinger No.1 has picked up a slew of design awards since its conception more than a decade ago.

Today its signature design remains intact with a hand-wound Sellita SW 210 driving the single hand on a white dial with incremental indexes so users can determine the minutes in between the hour markers.

The watch affords a 42 hour power reserve and is housed in a 43mm stainless steel case wearing a domed sapphire face.