Technically these are still family cars. Sort of.

Ah, the humble station wagon. Where would a many family man be without the practicality of cramming in a lovely partner and a few ankle biters whose legitimacy you question on a daily basis.

Some questions are better left unanswered. For others like you what to drive when you’re a fun-loving adult? We can address that now. Here are the fast wagons every family man needs in his garage once he has commitments. 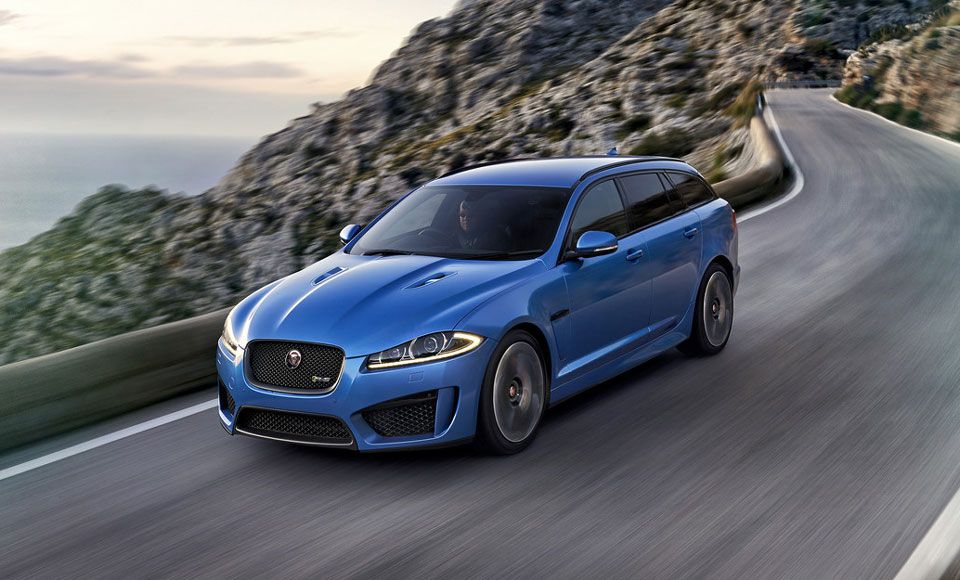 The XFR-S Sportbrake slots nicely as a halfway between the sedan version and the British brand’s bigger F-Pace SUV. It’s quite the menacing looker too which combines a very capable supercharged 5.0-litre V8 with 404kW of power and 680Nm of torque. This is enough to get the practical to 100km/h in kist 4.8 seconds. For the record the sedan version is just 0.2 seconds faster than its bigger bodied brother. Need to haul the family somewhere fast? 300km/h is the rated top speed though we’re sure you’ll lose your license and custody of the children well before that. On the flip side there’s 1,675 litres of storage space if the seats are folded down. 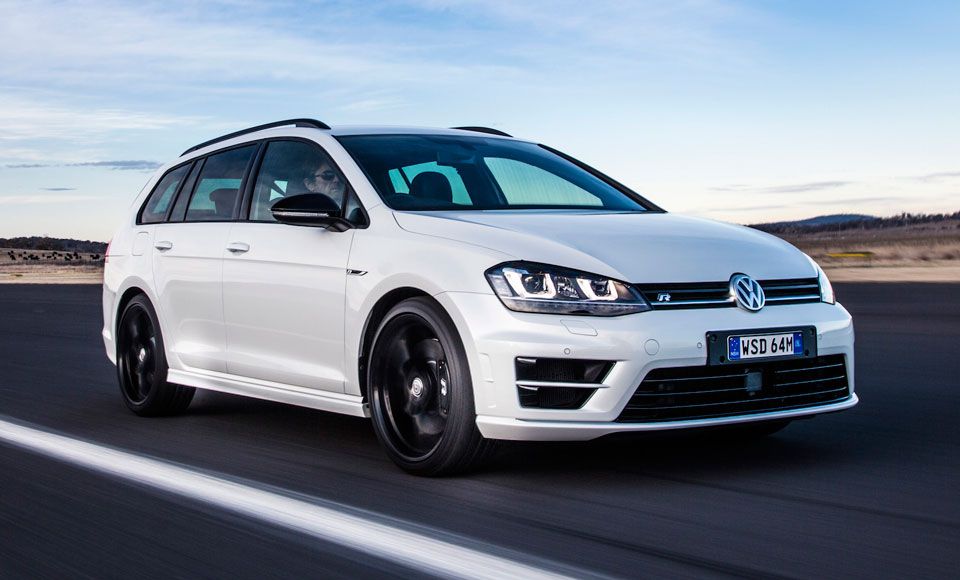 It may be subtle in appearance but don’t be fooled by this wolf in sheep’s clothing. The Volkswagen Golf R Wolfsburg Edition wears a special badge which sees a host of aesthetic and creature comfort upgrades both inside and out. It comes with the practicality of a wagon body whilst boasting some serious performance credentials derived from the Golf R’s 2.0-litre TSI four-cylinder turbo engine which affords 205kW of power and 380Nm of torque. Paired with a rapid shifting dual clutch DSG and VW’s 4Motion all-wheel-drive and you have a serious sleeper wagon which can dispatch the 0-100km/h in just 5.2 seconds. 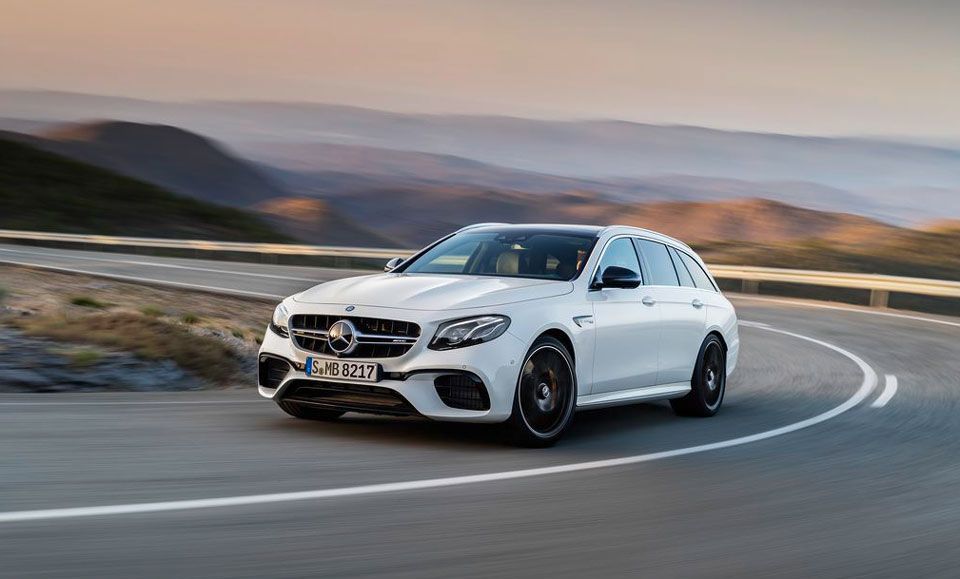 When AMG deliver a performance wagon it’s a thing of beauty, rarity and sheer exhilaration. Simply take a peak at the gaping front fascia and you’ll soon realise that this family get around packs a serious punch. That’s thanks in part to the AMG upgrades to the E63 which receives a twin-turbo 4.0-litre V8 pumping out 450kW of power and 850Nm of torque. Putting the power to the ground is Benz’s AWD system paired with a nine-speed auto for you know, those comfy family cruising duties. If said family cruises required the 0-100km/h sprint to be dispatched in 3.4 seconds. 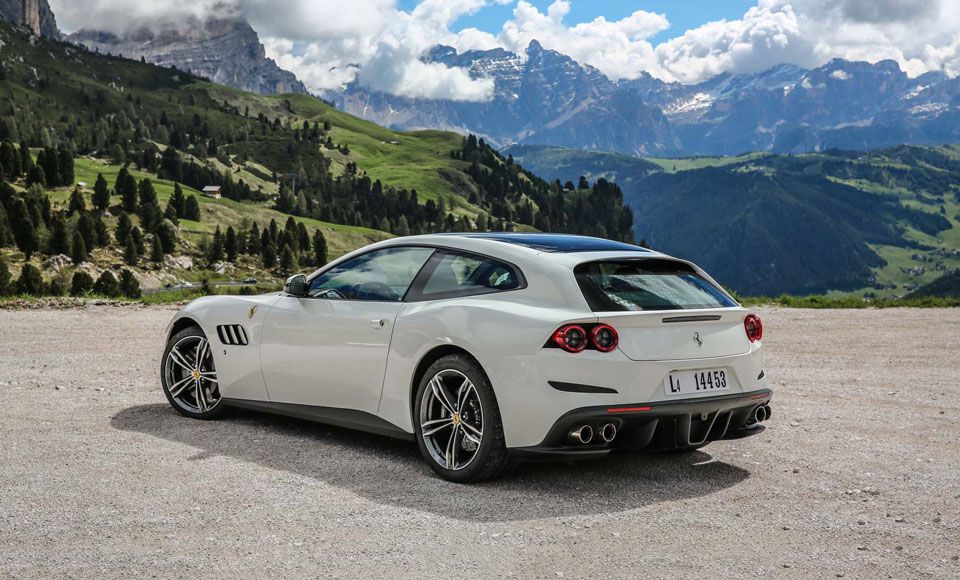 The GTC4 Lusso T is the prancing horse’s grown-ups car. Sort of. It has four seats. The engine is up front and the boot is good enough for golf bags and some weekend luggage. But wearing the Ferrari badge means it also has to do Ferrari things. Enter the 3.9-litre twin turbo that lurks beneath this shooting brake’s svelte lines. The Lusso T affords 449kW of power and 760Nm of torque in order to demolish the 0-100km/h sprint in just 3.4 seconds. Helping the car move is the omission of the V12 version’s AWD system which allows the Lusso T to behave more like a front-engined rear-wheel-drive sports car – filled with life’s daily haul. 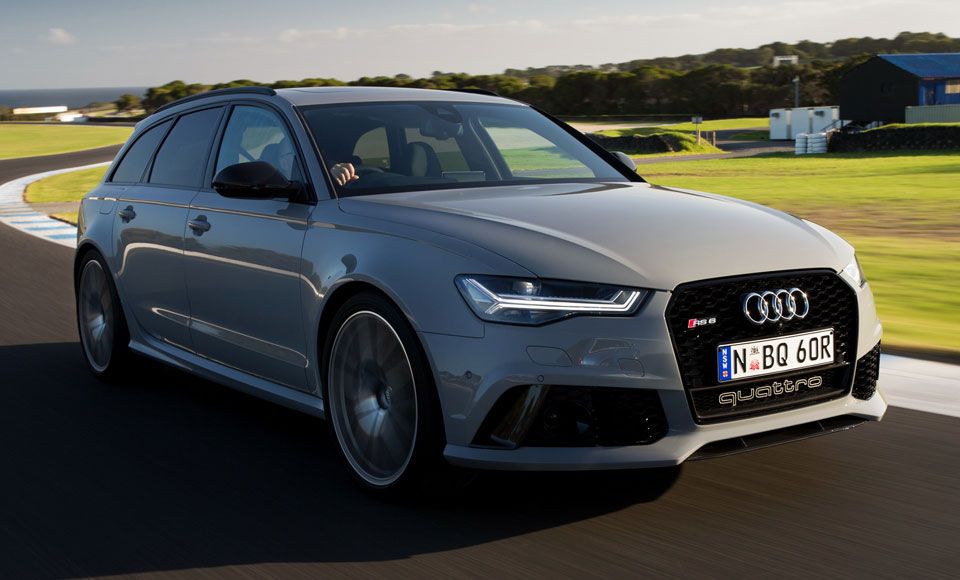 Ballistic performance is the only way to describe Audi’s most capable people mover which easily rivals the performance of a Porsche 911 R. With power figures like 445kW and 700Nm of torque (750Nm with the overboost function), the RS6 can demolish the 0-100km/h sprint in just 3.7 seconds. This is a fully loaded station wagon, people. Helping to get that power down is Audi’s legendary Quattro all-wheel-drive system which will have you and your passengers pinned to the seat upon take off. But does it drift? Technically, yes. The term for controlled sliding doesn’t usually cross paths with ‘wagon’ but in the case of 700Nm, the RS6 has no issues frying some tyres in the name of some old fashioned tail wagging. Stopping is a non-issue too with the RS6 coming with massive carbon ceramic brakes. 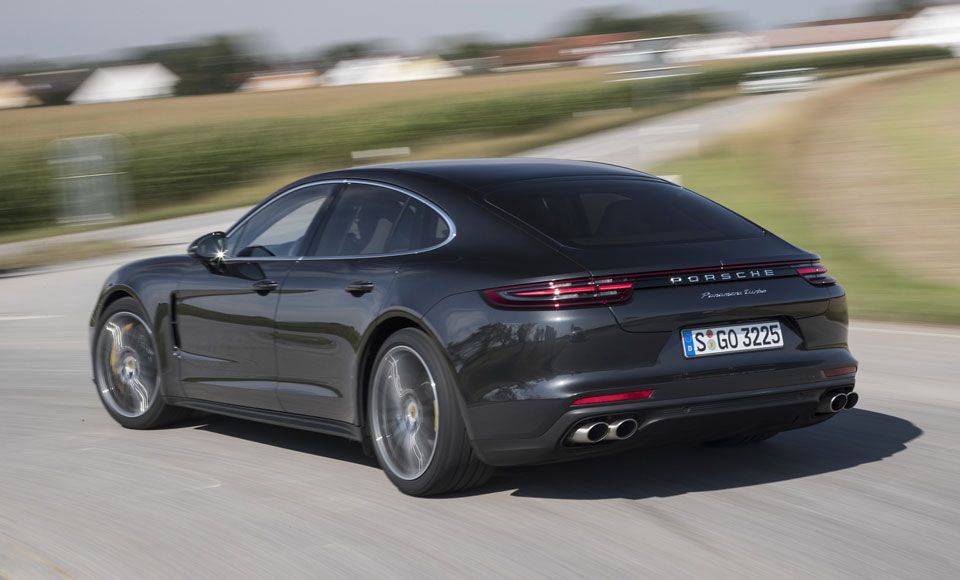 Taking the iconic 911 lines to a bigger and more practical body is never an easy feat but the Stuttgart engineers have seemingly pulled it off with the Panamera Turbo. The luxury car gets the driver and its four occupants moving with the help of a twin-turbo 4.0-litre V8 which puts down 410kW of power and 769Nm of torque. It also comes with four different drive modes to suit your mood. 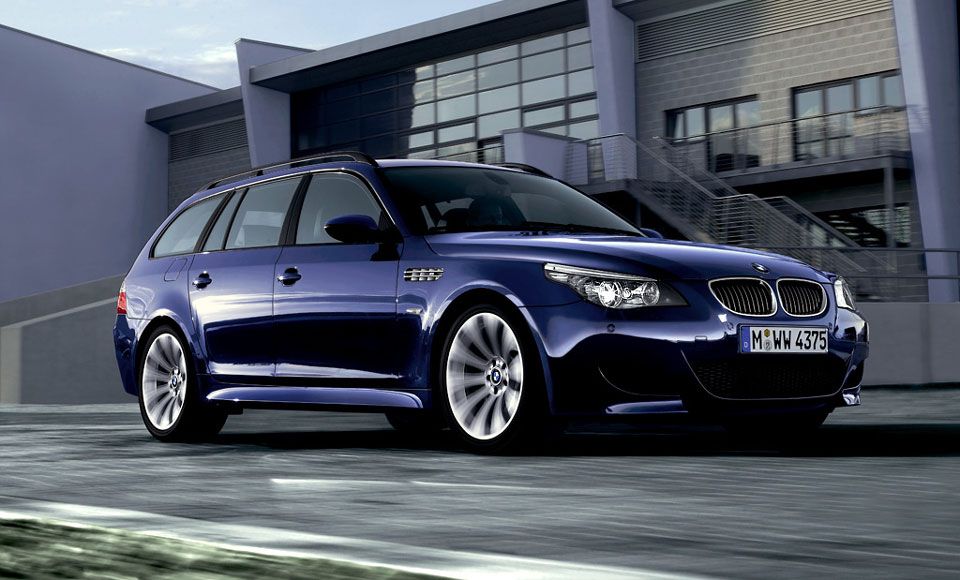 The M5 Touring is definitely a rare sight to behold. That’s because it only ever existed in two models – the E34 and the E61 pictured above. As a legitimate M car, it also had to be fast too and the wagon does this rather well with well over 370kW derived from its big 5.0-litre V10 engine which revs out all the way to 9,000rpm. The 0-100km/h sprint is dispatched in around 4 seconds whilst drivers had the option of a proper six-speed manual transmission. We think someone forgot to tell the Bavarians that this car was designed to lug around five adults including luggage, not destroy Nurburgring lap times. 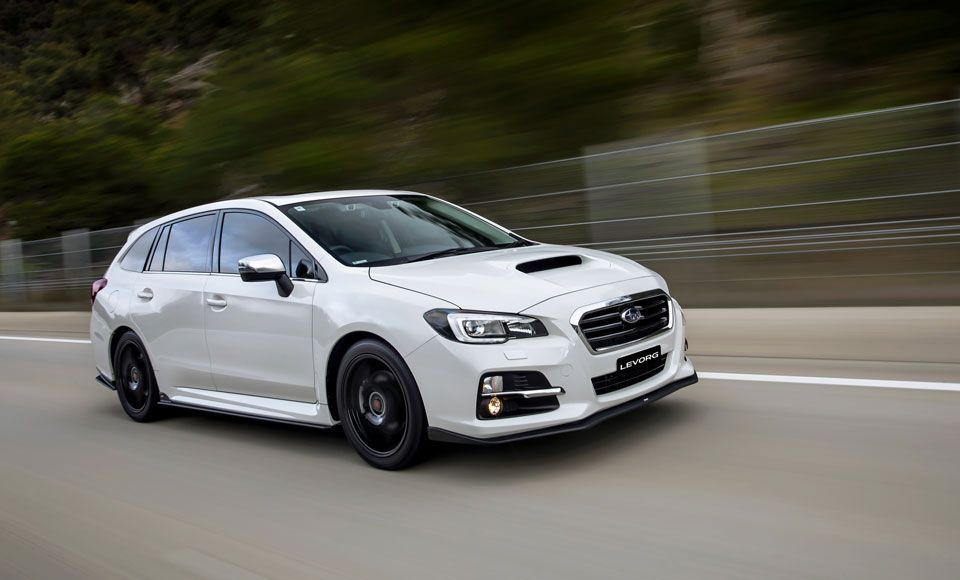 As the only Japanese entrant to the fast wagon game, Subaru can be proud of their latest Levorg Spec-B. Yes it has a ridiculous name but for an affordable wagon which looks the part of a rally car and can get around rather swiftly, the Levorg is rather potent. Practicality aside, the Levorg is powered by the same WRX engine in the turbo-charged 2.0-litre four cylinder. This means 197kW and 350Nm sent through Subraru’s constant AWD system via (sadly) an automatic-only CVT which takes away the potential for real fun. 0-100km/h is seen in 6.6 seconds which is respectable for the price range it’s playing in. 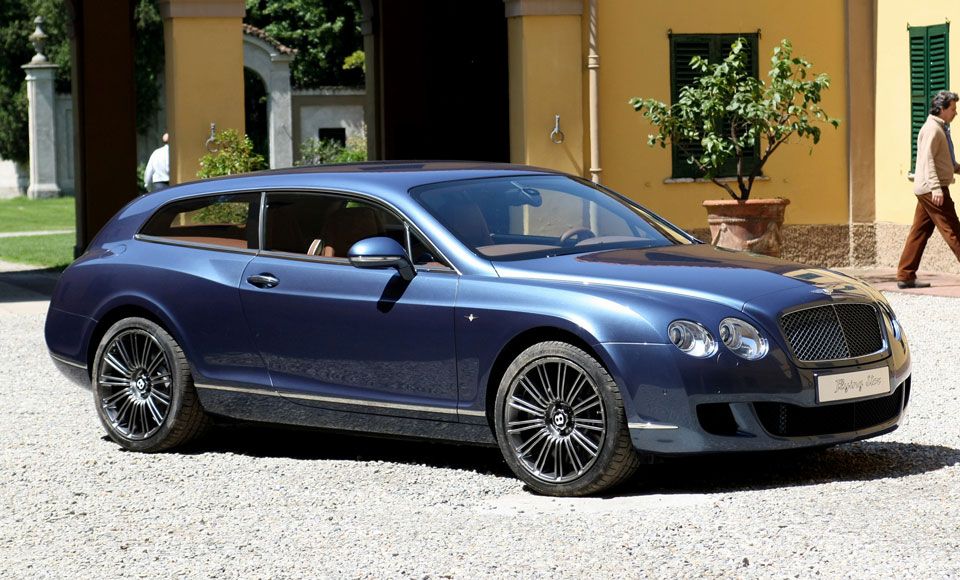 Wait, what? Believe it. The Bentley Flying Star was a special project created by Italian coachbuilder, Carrozzeria Touring Superleggera. Taking the Continental GTC as its base, the Flying Spur was masterfully crafted to ensure the lines of Bentley weren’t lost in this very special project for a “discerning enthusiast”. More surprisingly though, the car only featured two doors which made it even more unique as that kind of goes against the point of a wagon. Nonetheless a shooting brake design is still a shooting brake and this particular one came with Bentley’s big 6.0-litre V12 which could reach 100km/h in just 5.1 seconds – luxury trimmings included.