Lorenzo Quinn’s literal helping hands are one of the most talked-about pieces of the Venice Biennale 2017. 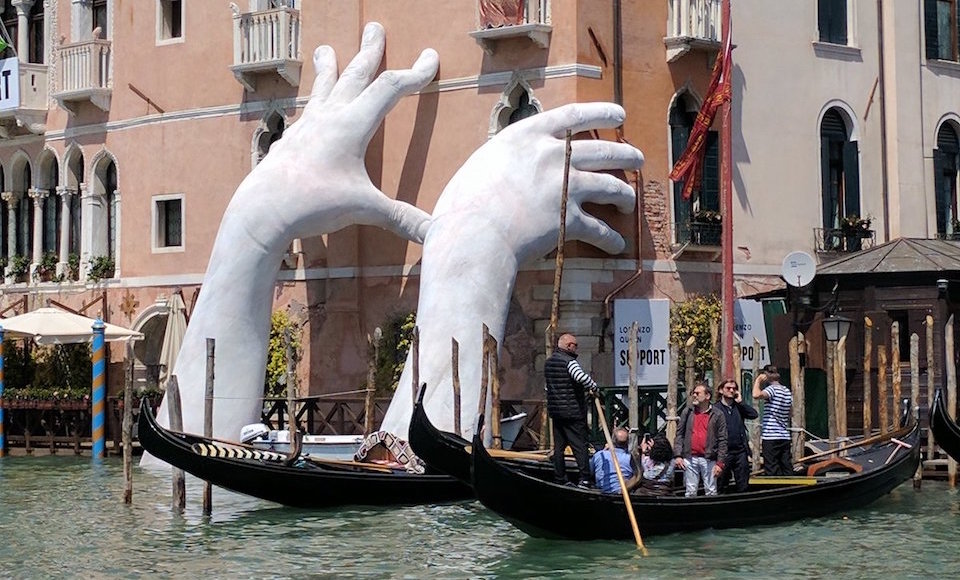 Banksy isn’t the only artist nabbing headlines for creating politically outspoken pieces. Lorenzo Quinn, a celebrated sculptor who has produced works for the United Nations and the Vatican, has unveiled a monumental sculpture in Venice that’s become one of the most talked-about pieces of the Venice Biennale 2017.

The installation, called “Support”, depicts two larger-than-life hands rising from a canal to support the Ca’ Sagredo Hotel. The sculpture literally gives Venice a helping hand, symbolising both humanity’s capacity to destroy the world and its capacity to save it.

On one hand, the gesture to protect the historic building is gallant. But on the other, the sculpture creates a sense of fear by highlighting the fragility of the building surrounded by water and the ebbing tide.

“I wanted to sculpt what is considered the hardest and most technically challenging part of the human body. The hand holds so much power – the power to love, to hate, to create, to destroy,” said Quinn.

The installation’s location in Venice, a city scientists predict will vanish underwater within a century if global warming is not stalled, adds an additional level of meaning to the piece. There is an immediate understanding of the environmental impact of climate change on places like Venice, and the hands symbolise the role people must play in supporting the location’s unique world heritage.

“Venice is a floating art city that has inspired cultures for centuries,” Quinn said, “but to continue to do so it needs the support of our generation and future ones, because it is threatened by climate change and time decay.”

The artists hopes the piece will draw attention to the effects of climate change on World Heritage Sites. “It evokes a powerful message which is that united we can make a stand to curb the climate change that affects us all,” he said on Instagram. “We must all collectively think of how we can protect our planet and by doing that we can protect our national heritage sites.”

Support is part of the Venice Biennale, an annual art exhibition that attracts half a million people to the city each year, and will be available to see outside the Ca’ Sagredo Hotel until 26 November. 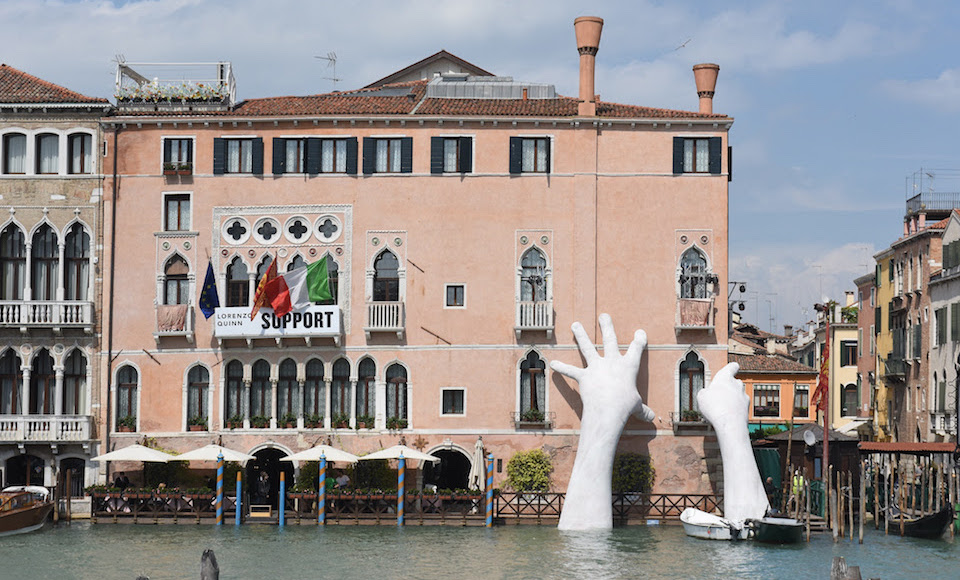 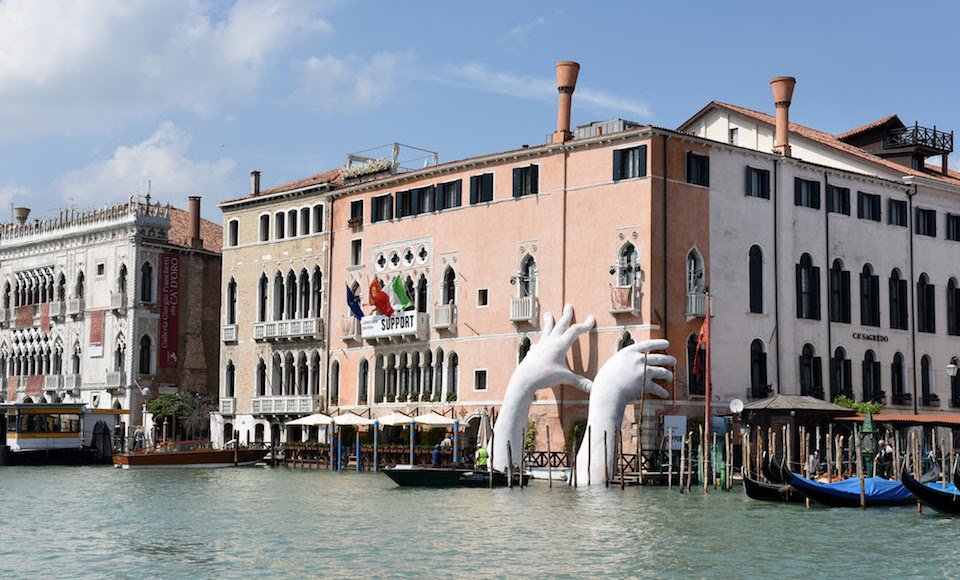 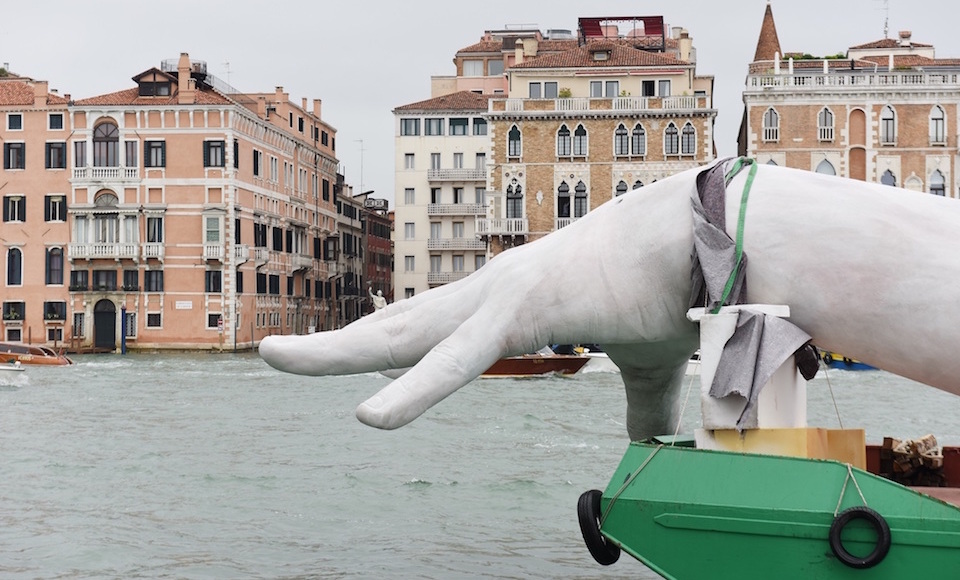 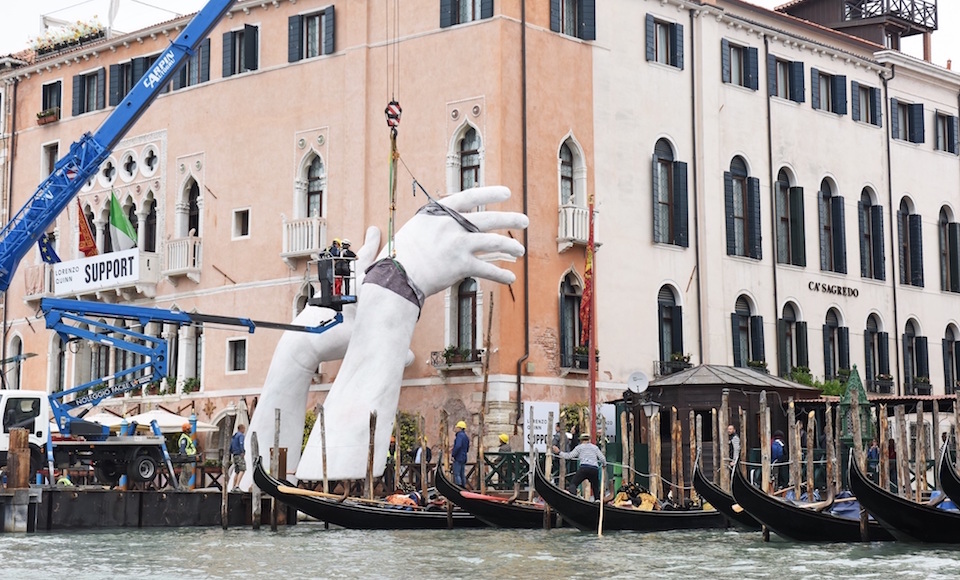 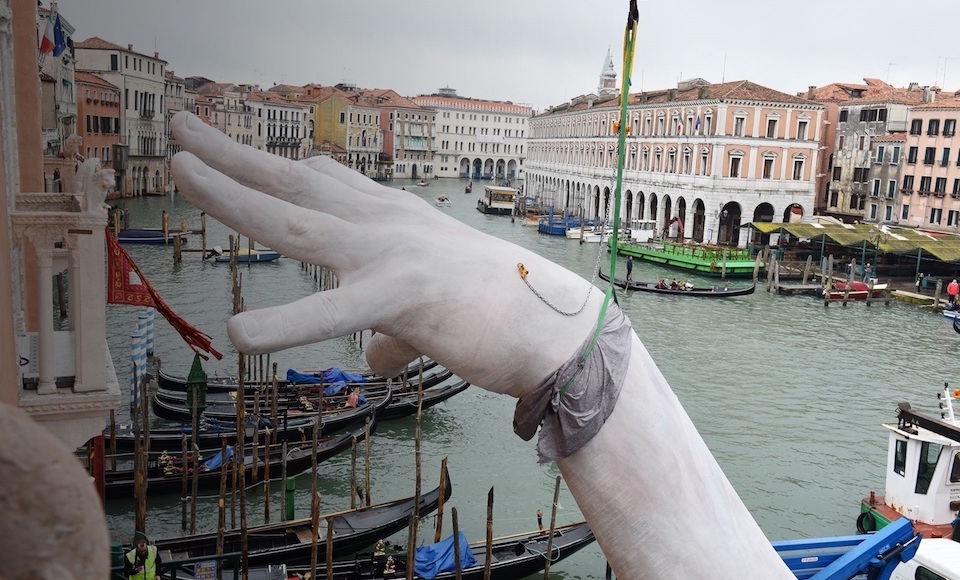 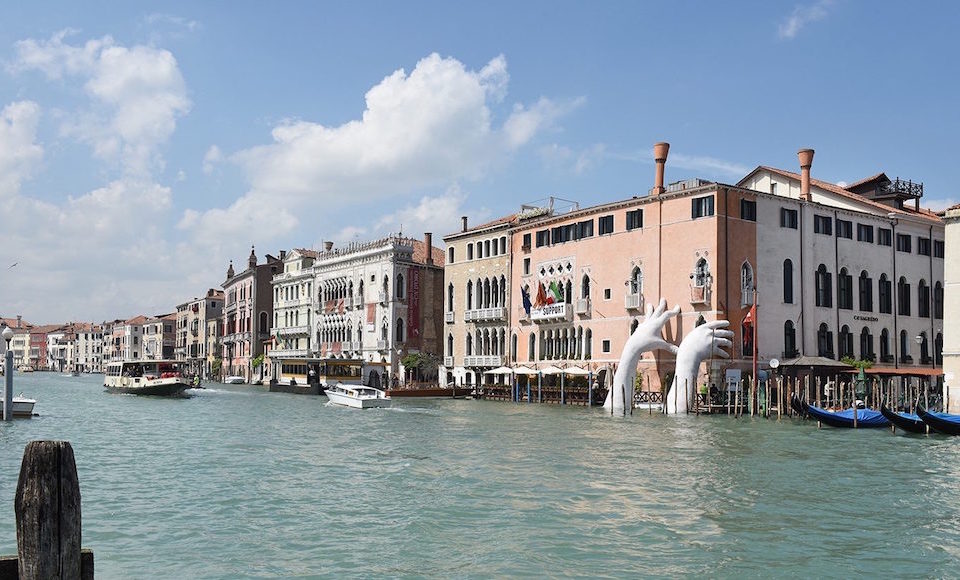