Fly in style with the skies sitting just above your head. 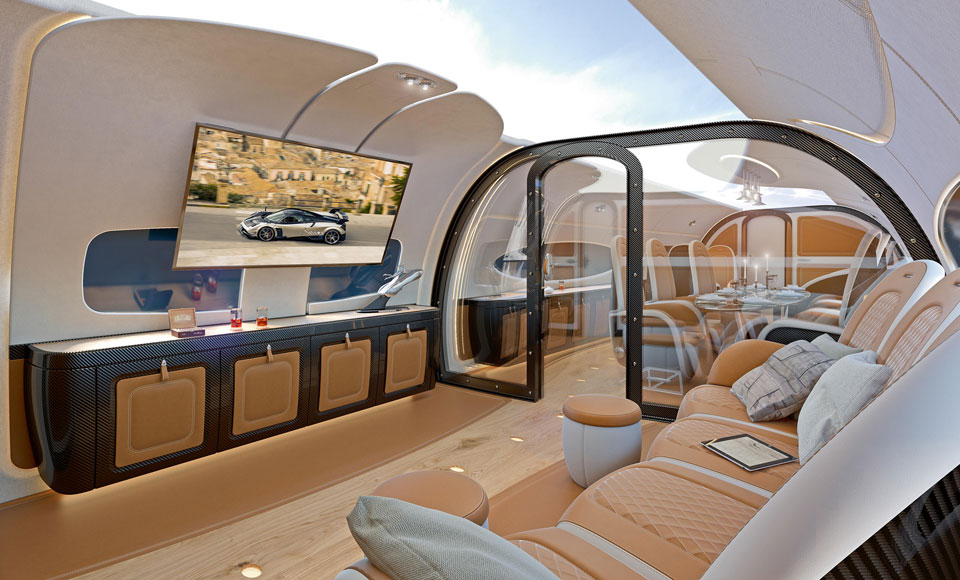 Two powerhouses of their respective fields have come together to design a new aircraft cabin with proper hypercar credentials.

The collaborative effort sees Airbus Corporate Jets and Italian hypercar maker Pagani teaming up for a new interior fit out called Infinito and built specifically for the the ACJ319 private jet. One of the most striking features of the Infinito cabin is the sky ceiling, an imaging system which captures live footage of the sky above before relaying back into the cabin’s roof.

This gives the effect of an airless flight space which is akin to that of open-top flying. It could potentially scare the crap out of passengers but that’s an issue for another day. For now, Horacio Pagani, founder & Chief Designer of Pagani Automobili SpA thinks that both art and science can absolutely go hand-in-hand.

“This is the Pagani philosophy,” he says.

“The combination of state-of-the-art composite materials never used before in an aircraft, such as CarboTitanium, with the typical design language of Pagani Automobili, has always represented our signature. Applying our Reinassance touch into the wider spaces of Airbus corporate jet cabins is the beginning of an exciting new venture for us.”

Airbus Corporate Jets Managing Director Benoit Defforge also praised the partnership for bringing with it a dash of class.

“In bringing together the best of the supercar and business jet worlds, we enable an elegant and seamless link for customers of both, while bringing a fresh approach to cabin design and satisfying very demanding standards,” said the Airbus Corporate Jets Managing Director Benoit Defforge.

The design process of the cabin was a pretty straight-forward affair with Pagani’s design team penning the initial details including its look and feel. Airbus’ designers would then chime in to ensure the plans complied with modern aircraft design standards. Other notable features of Infinto includes shell-shaped valances and walls between cabin zones which can switch from opaque to transparent at the touch of a button.

The decor is naturally Pagani in aesthetic with natural soft-leather carpets and a wooden floor contrasting with man-made carbon fibre in furniture and wall-frames. There’s even sculpted metal features which mirror those found in Pagani’s current crop of hypercars.

Watch the video below to find out how it was done. 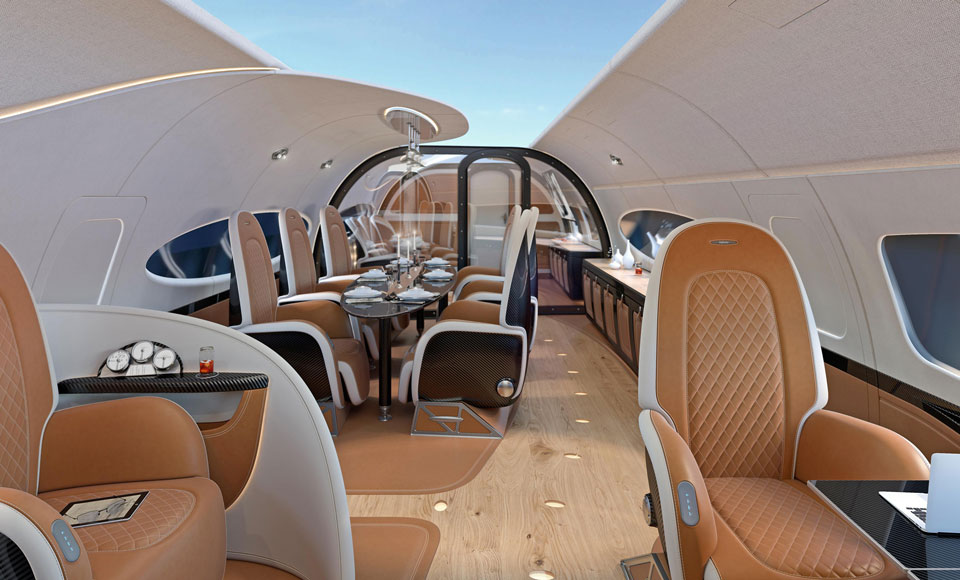