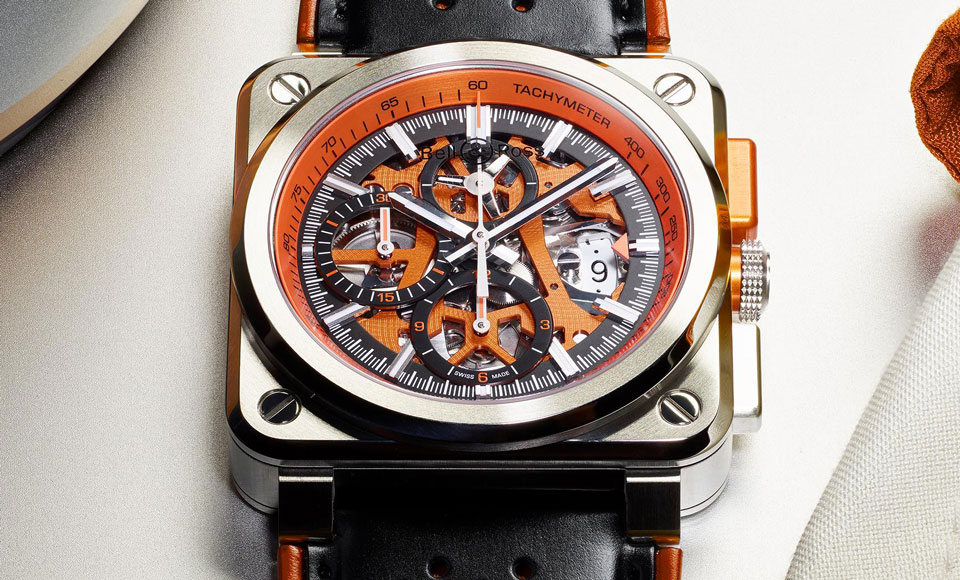 French watch company Bell & Ross are rather competent at letting their imagination run wild in the name of innovative design.

Their latest piece which once again pays tribute to the AeroGT concept car has been reimagined in a striking orange hue and limited to just 500 examples worldwide.

The watch features a 42mm satin-polished steel case which houses Bell & Ross’ calibre BR-CAL.319 automatic movement with a host of chronograph functions including a 12-hour timer at 6 o’clock, a 30-min timer at 9 o’clock and a small seconds counter at 12 o’clock alongside the standard hours, minutes, and seconds hands.

The skeleton dial faithfully shows off the watch’s inner mechanics with and intricately anodized orange movement bridge providing a nice contrast to the machined metal parts.

Aesthetically, the signature Bell & Ross square face is complemented here with an orange tachymeter scale on the bezel and a perforated black calfskin strap with orange piping.

Visibility in low light or under water has also been catered to with Superluminova-filled indices on the metal appliques allowing for legibility up to 100 metres. 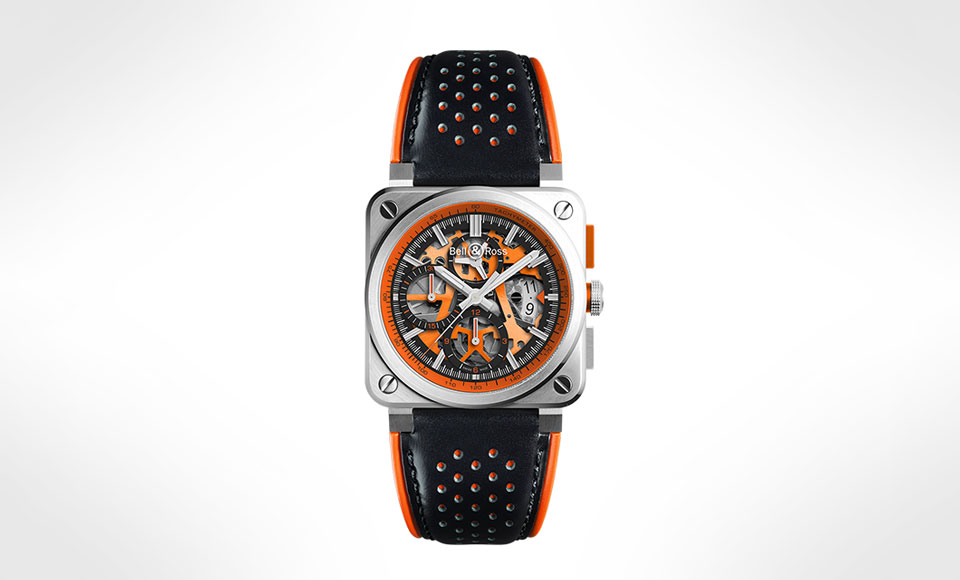 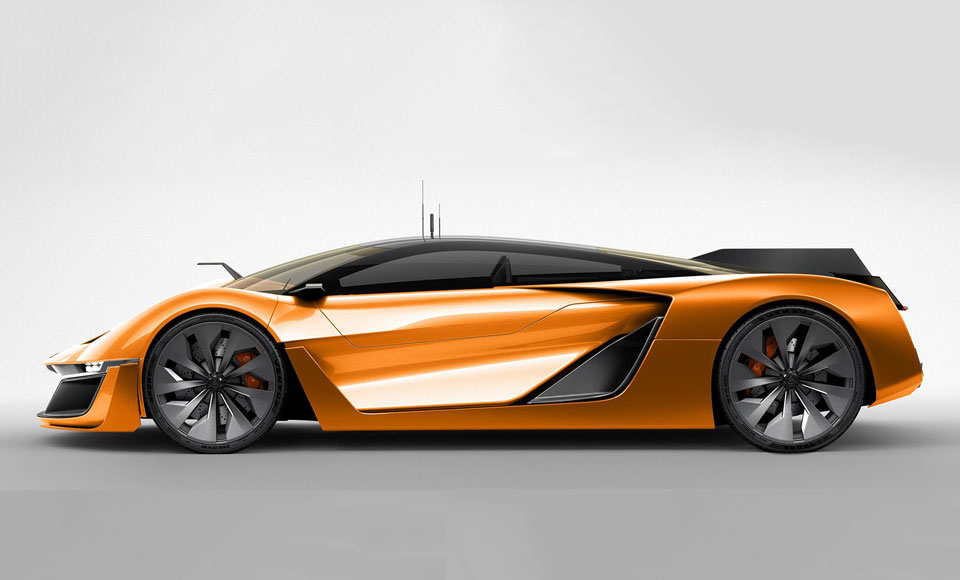