Changi Airport Unveils The Mother Of All Indoor Waterfalls

The world’s best airport is about to get better. And wetter. 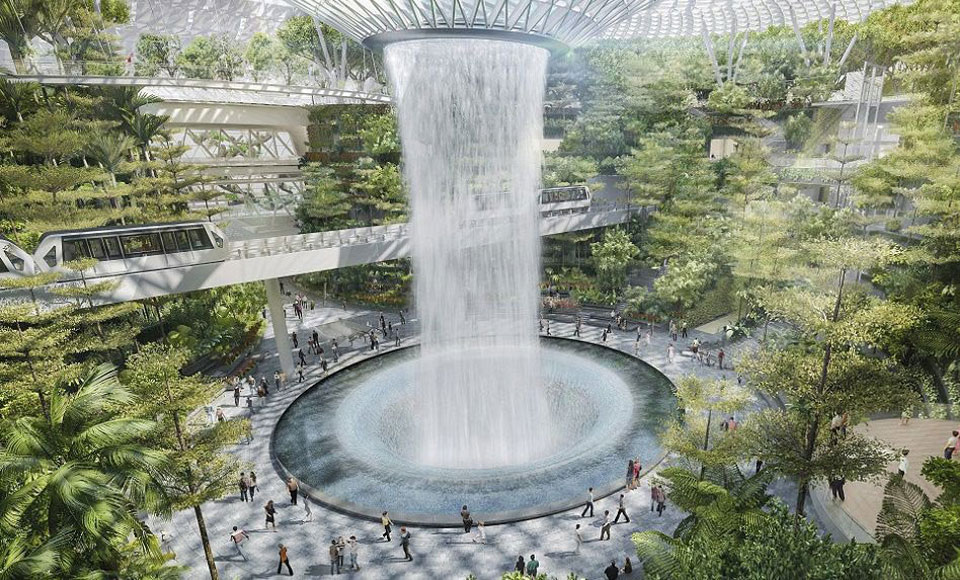 Anyone who has ever set foot inside Singapore’s Changi Airport will tell you that it’s more of a quasi-themepark of fun (unless you’re carrying narcotics) than a facility built for international transit.

Adding to its already formidable list of leisure attractions which includes a shopping precinct, a butterfly garden, cinemas, a swimming pool and a hotel, Changi Airport will soon be welcoming the mother of all indoor waterfalls within its polished walls. The Jewel complex which is due for completion in 2019 will house a 40 metre indoor waterfall named the Rain Vortex – officially the world’s tallest indoor waterfall.

The stunning visual feature will form part a striking architectural glass dome and span across multiple levels in Terminal 1 as part of the complex’s $1.63 billion price tag. Inside the climate-controlled dome will also be a five level garden to complement the water feature which recycles rain water collected from the dome’s roof. Come dusk and there’ll even be a light and sound show projected onto the waterfall for a dazzling display that’s sure to cause a many missed flights.

For those who don’t fear heights, there’s a 50 metre bridge with transparent glass flooring which spans across the Rain Vortex so that you can Instagram until your heart’s content. Failing all of that, the Jewel will boast 300 shops complete with dining and beverage stops.

The Jewel is designed by the team from Moshe Safdie who were also responsible for the now iconic Marina Bay Sands. 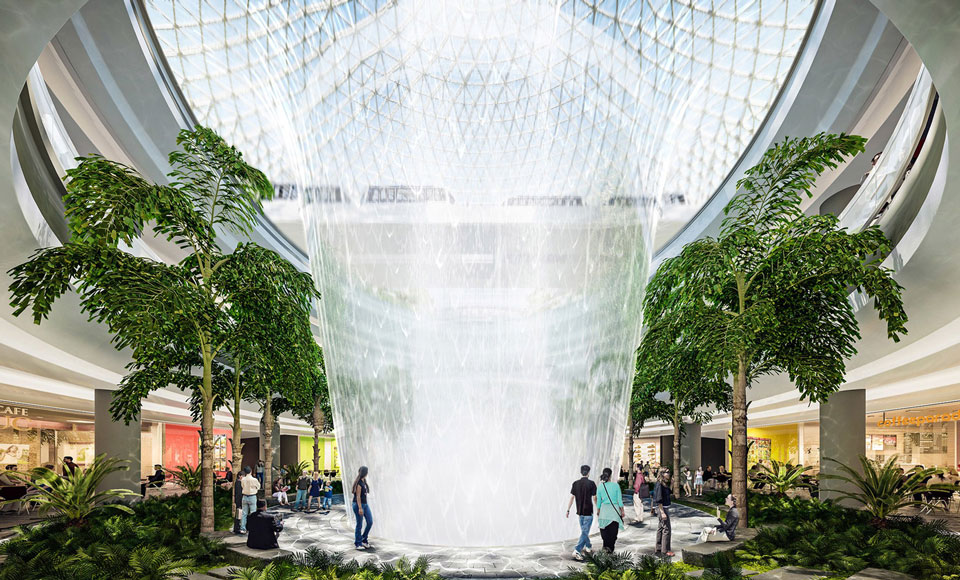 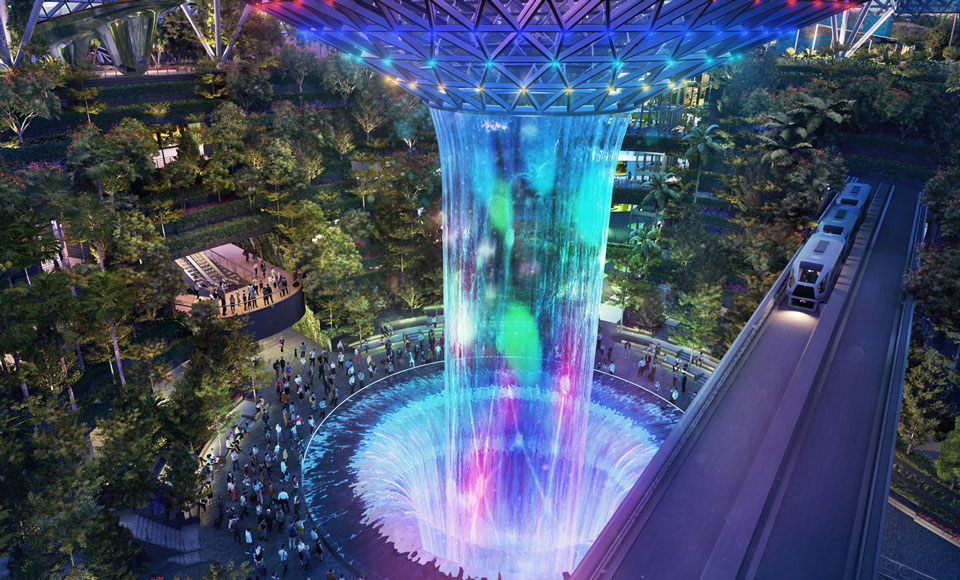 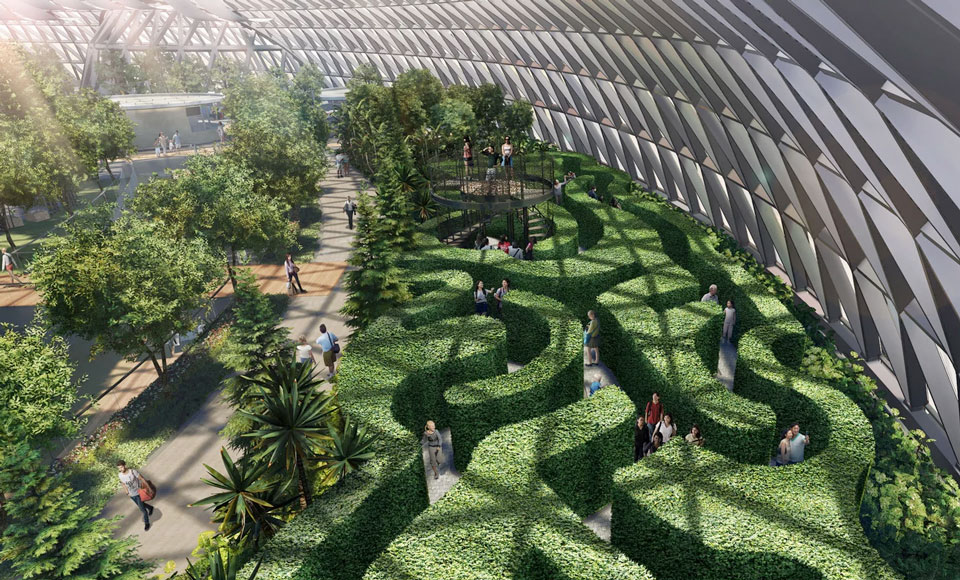 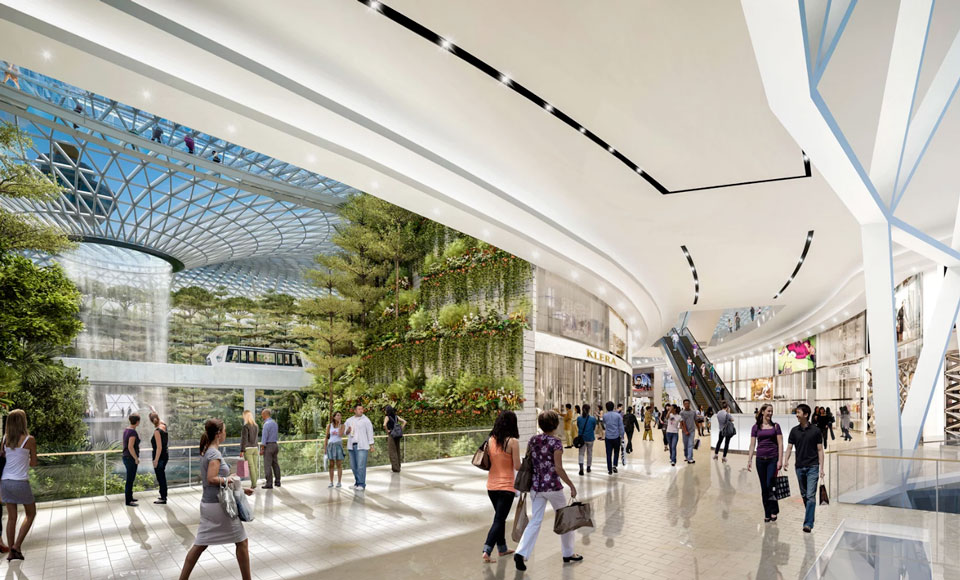 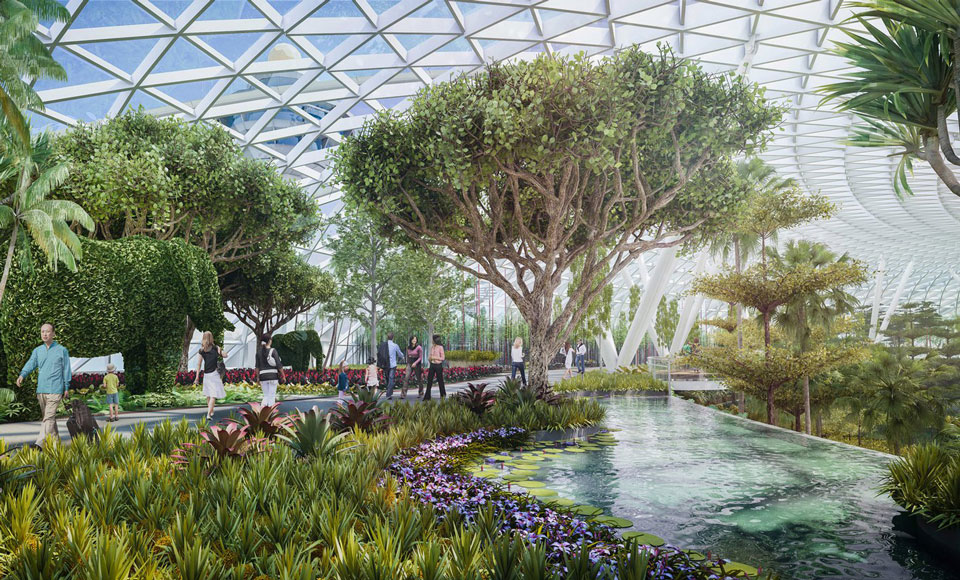 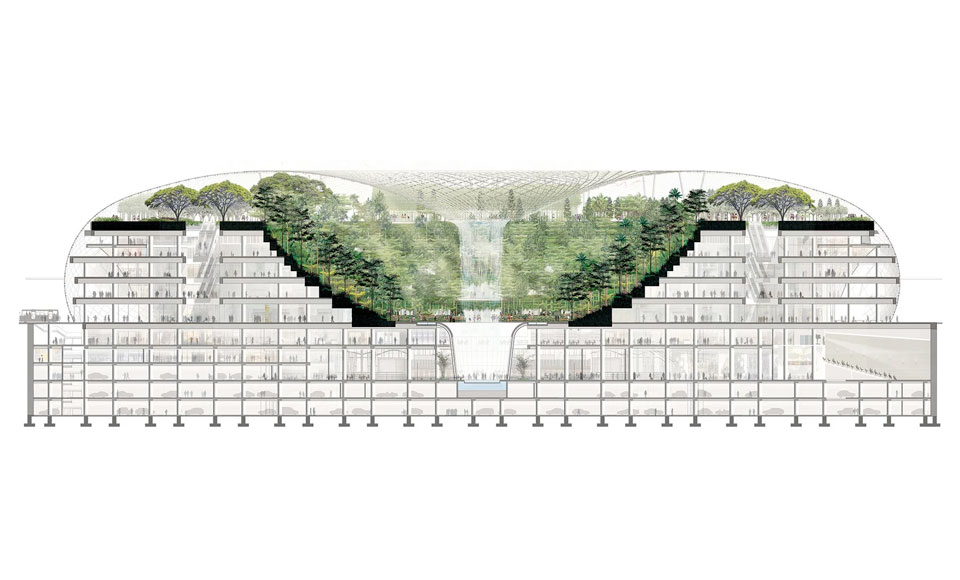