Porsche Unleash Their Most Powerful 911 Ever

Welcome to another rare and exclusive piece of machinery from the Stuttgart crew. 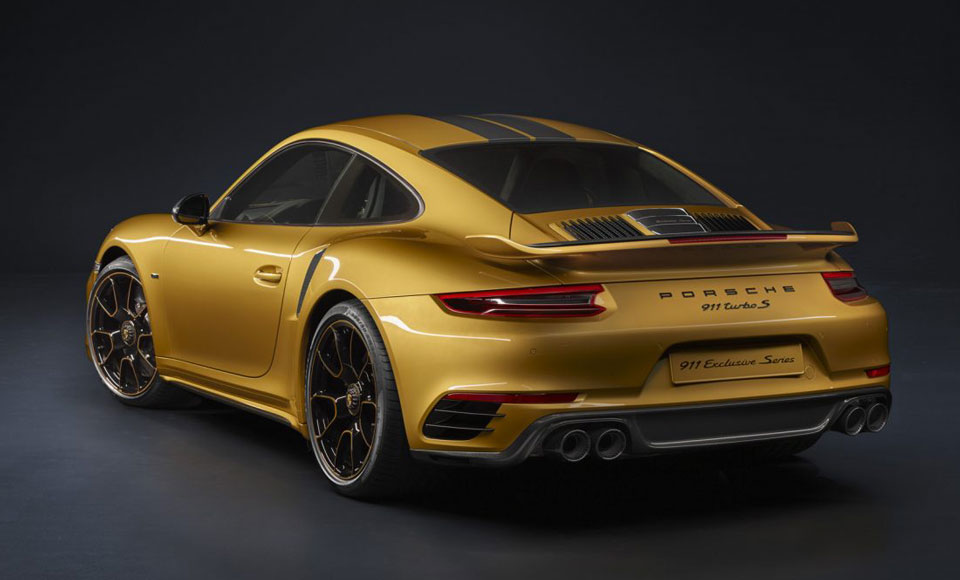 The good people over at Stuttgart have been tinkering away again and this this time they’ve released their most powerful 911 model ever.

Dubbed the 911 Turbo S Exclusive Series, the new Porsche packs a reworked version of the standard 3.8-litre twin-turbo flat six engine to now produce 446kW of power and 750Nm of torque – eclipsing even the flagship GT3RS’ 368kW/480Nm output. With those specs the Turbo S is able to see away the 0-100km/h sprint in just 2.9 seconds.

On the aesthetic front Porsche have differentiated this model with big 20-inch wheels complete with a centre locking nut configuration (like the race-ready GT3RS) and paired it with an exclusive golden yellow metallic body colour with twin carbon racing stripes. Carbon fibre components also adorn the engine cover, door sills and rear wing with active aero in order provide a more aggressive demeanour.

Stepping inside will reveal a similar colour combination with subtle yellow accents contrasted against dark Alcantara and leather splashed throughout the cockpit. And because this is an exclusive piece of kit from Porsche, they’ll also throw in a bespoke titanium Chronograph watch by Porsche Design for every owner.

Those keen to wrap their hands around the steering wheel will have to register their interest with Porsche Australia (and convince them that you’re not going to flip it for a profit) as only 500 examples of the Turbo S Exclusive Series will be built.

Local buyers can expect to fork out $590,700 if they want this car sitting in their garage. 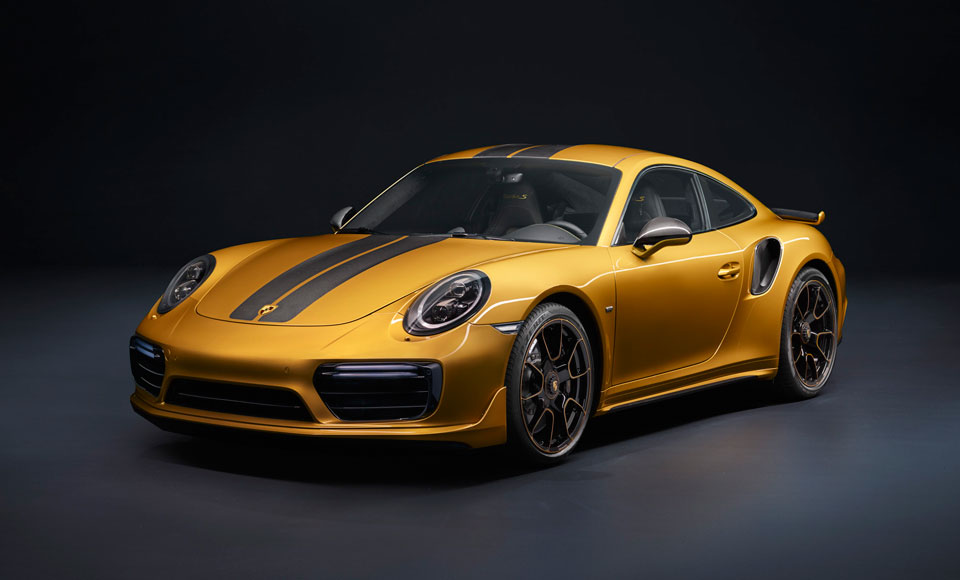 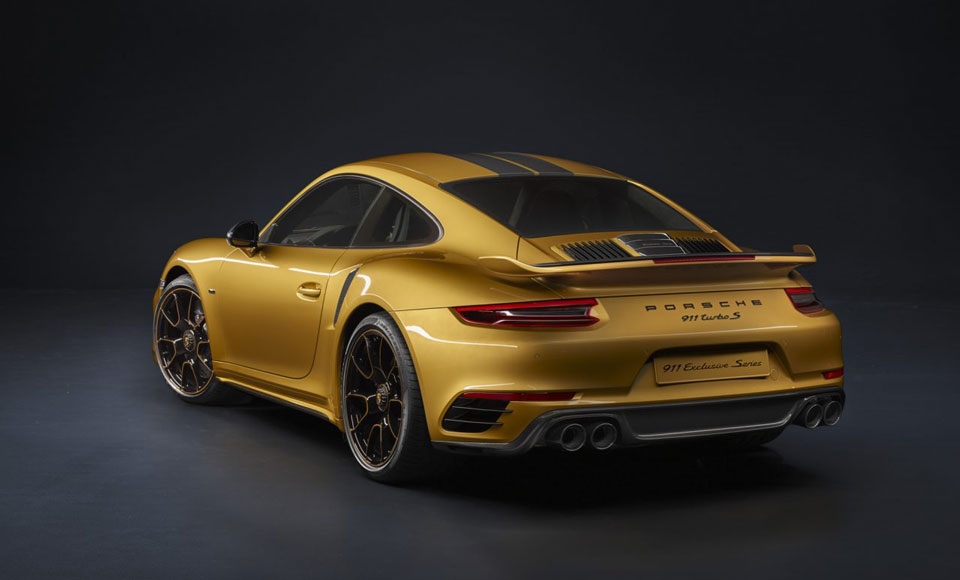 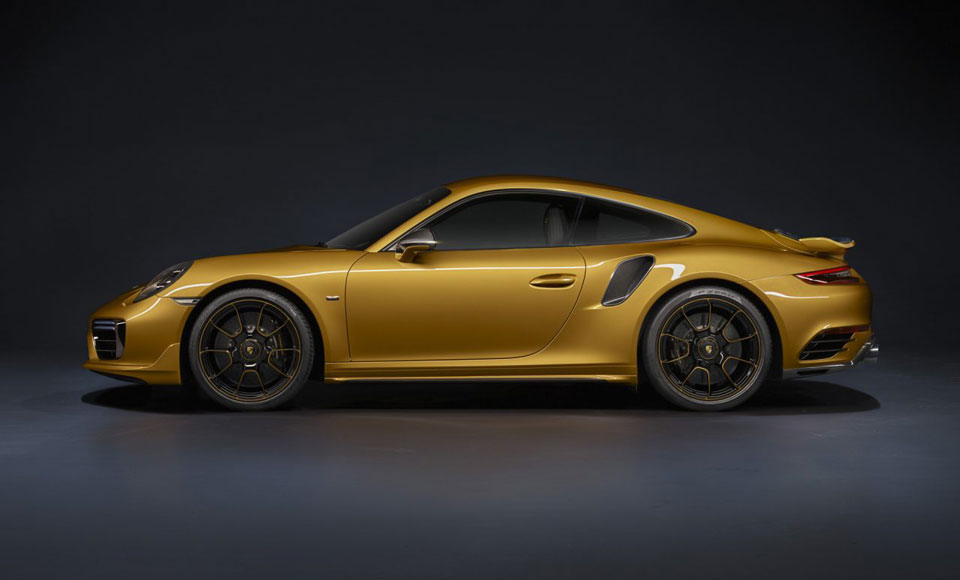 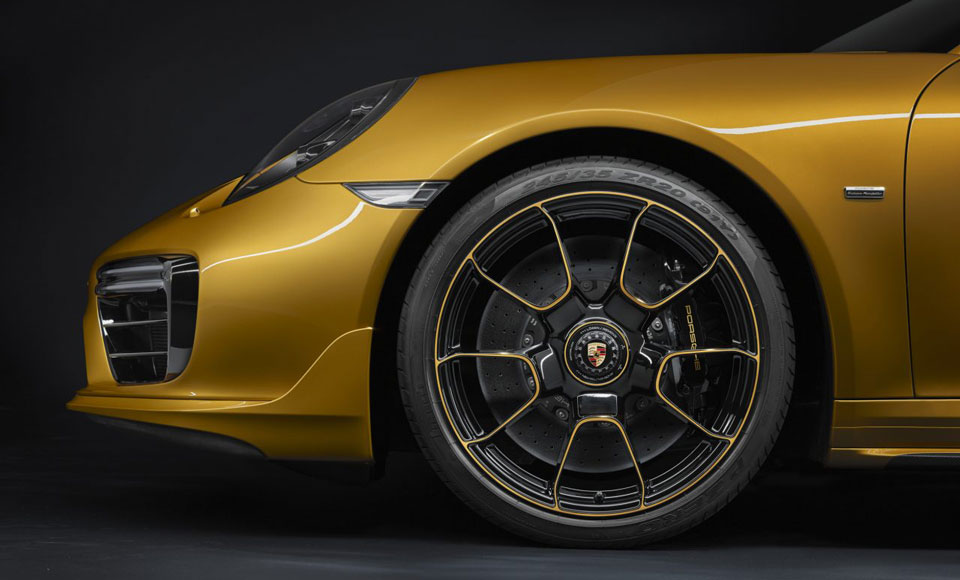 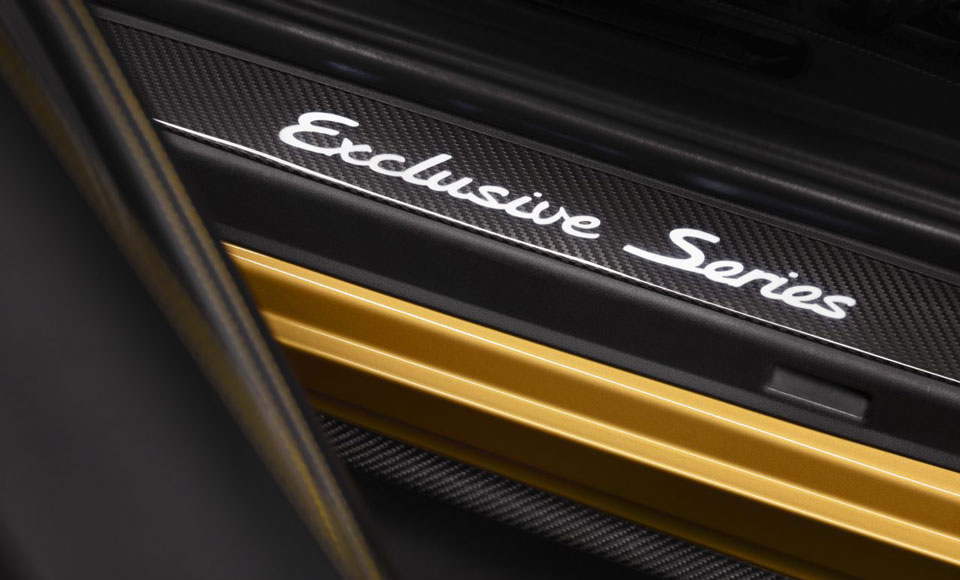 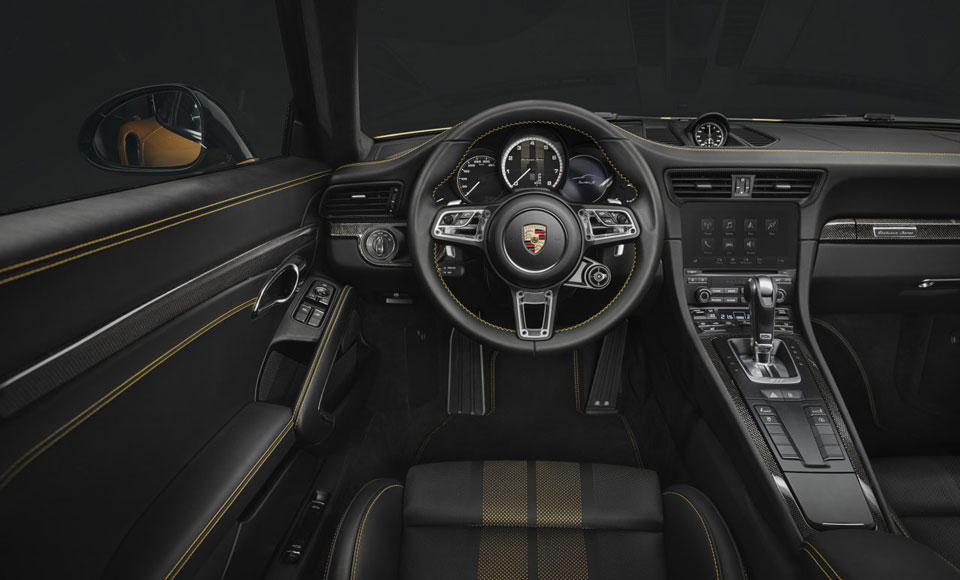 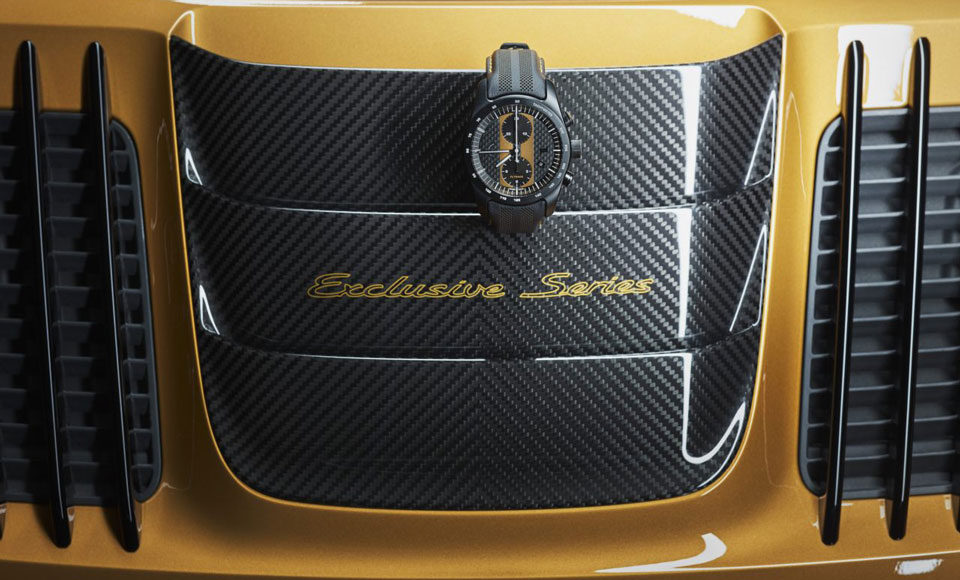 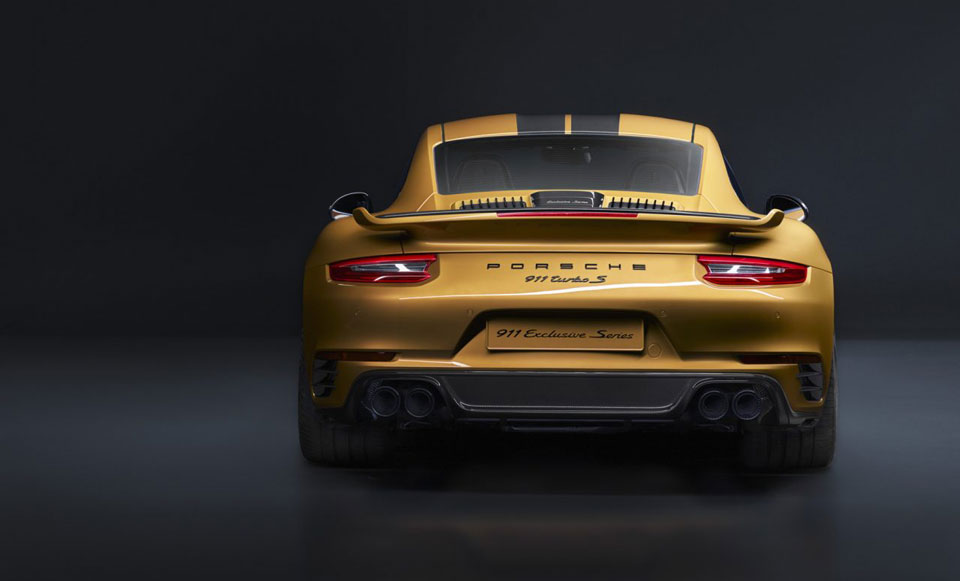 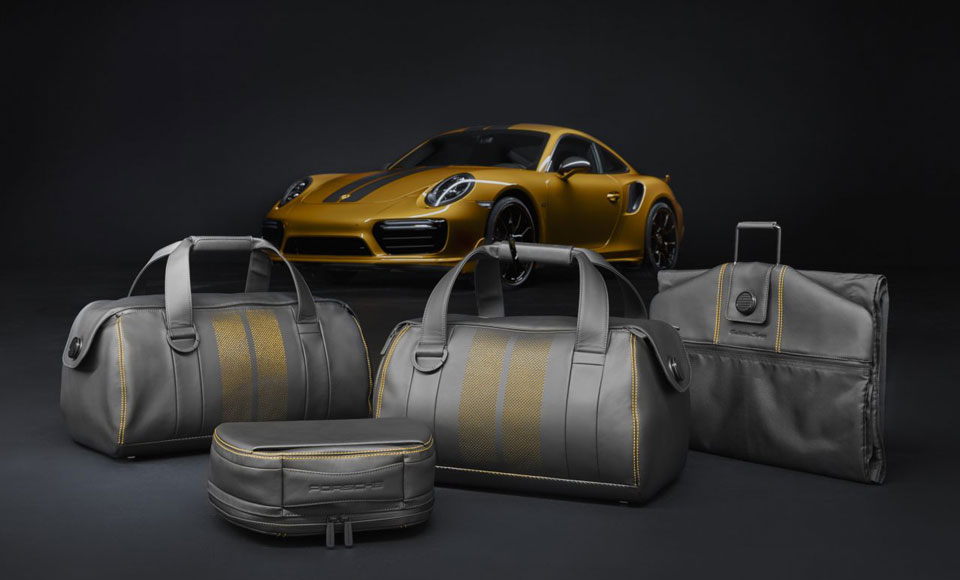