Might as well start lining up that liver transplant now. 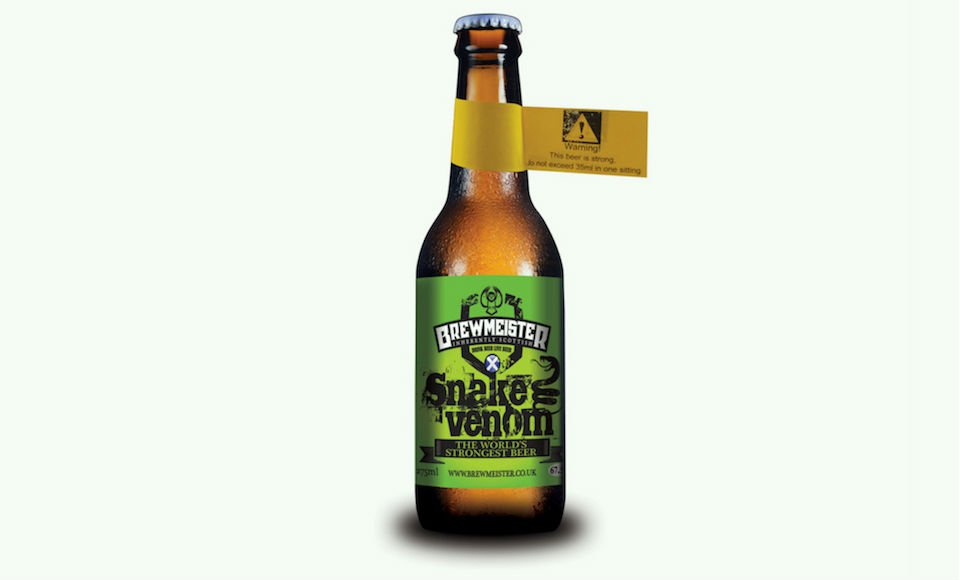 Adventurous palates and iron stomachs only need apply. Though Snake Venom beer contains no actual snake venom, it might as well be packed with the stuff considering its potential for damage. Patrons are cautioned not to guzzle more than 35ml in a single sitting.

Brewmeister had previously staked a claim on the world’s strongest beer with an earlier release, the aptly named Armageddon, which clocked in at 65% ABV. For comparison’s sake, most beers are less than 10% ABV and the average whiskey falls between 40% and 50% ABV.

Armageddon is a beverage few would dare f*ck with, yet Brewmeister’s customers complained that it wasn’t strong enough, and that too much had been done to mask its natural taste and oily texture. The Scottish brewery responded with the bolder, stronger, more-potentially-deadly Snake Venom.

Snake Venom is a hoppy, malty, carbonated beast of a brewskie that tastes like a beer but should be sipped like a spirit. Its ultra high ABV is the result of a production process that includes using everything from smoked peat malt to two types of yeast, and freezing the brew multiple times during fermentation.

Snake Venom is available to purchase online, but be prepared to plunk down a hefty chunk of cash for the privilege of decimating your liver. A single bottle goes for US$80+.