These Things You Love Are REALLY Bad For The Environment

Your everyday choices add up. It’s time to start making smart ones.

Sorry to burst your self-congratulatory bubble, but you’re not a sustainability expert because you participated in Earth Hour once and sometimes remember to recycle your beer cans.

It doesn’t take Justin Trudeau in a kayak to know our planet is under threat, and unless Elon Musk sorts out that Mars thing ASAP, it’s imperative that every one of us does what he can to protect it.

In a perfect world, we’d drive hybrid cars and put solar panels on our roofs, and bravely sacrifice our private jets for commercial flights. But since we’re not all Jay-Z or Leo, and most of us don’t have the disposable $$$ for those purchases in the first place, we have to start smaller to attain eco-warrior status.

You know leaving the lights on is bad for the environment, but what about your coffee habit? Or your sweet tooth? Or your smartphone? Your everyday choices add up. Here are 10 that equal bad news for Earth. 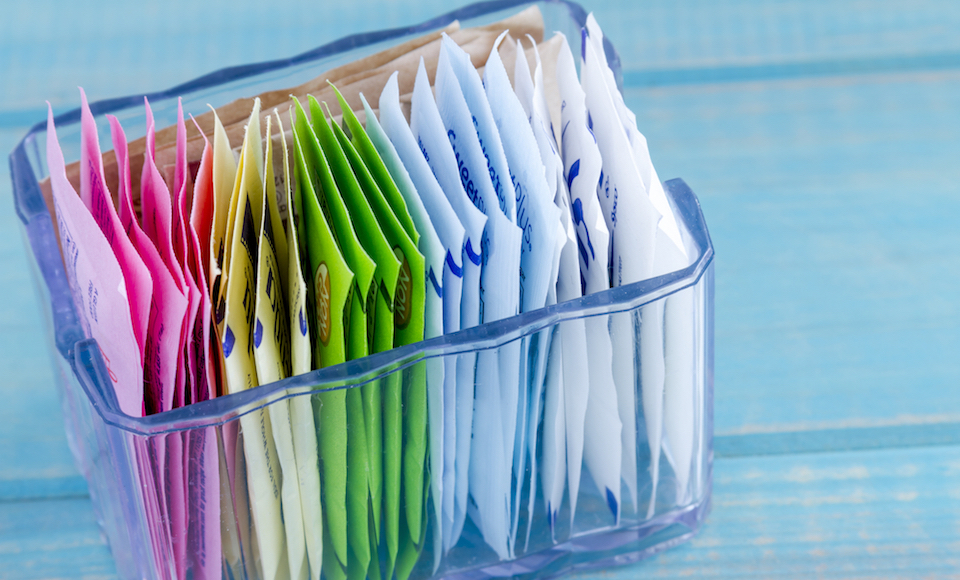 There are plenty of compelling reasons to limit your sugar intake, but here’s one you might not have heard: sugarcane farming pollutes water supplies, causes soil erosion and degradation, and damages biodiversity. On top of that, says the World Wildlife Fund, sugar mills produce various forms of industrial waste.

“Fine,” you say, “I’ll just switch to Splenda.” “No can do,” say environmentalists. Many artificial sweeteners contain sucralose, which the human body cannot digest. Instead it flows straight back out via urine, isn’t broken down in wastewater treatment plants, can’t be degraded by the environment because it’s not a natural compound, and ends up in our waterways. 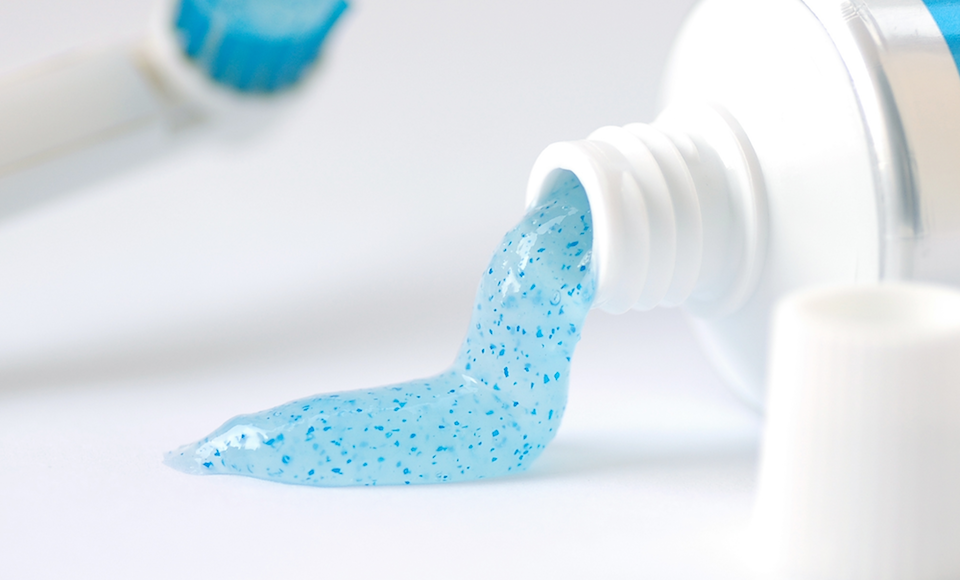 Ingredients matter. Choose your skincare products wisely, and not just because it could mean the difference between aging poorly or convincing your friends you’re Benjamin Button. Microbeads – the grainy stuff found in exfoliating products – are great for breaking down dead skin, but not so great at breaking down when they hit water treatment plants. The tiny plastic balls end up in bodies of water where they’re eaten by fish (and eventually, as you move up the food chain, by other animals and humans). Watch for microbeads in some toothpastes and hand sanitisers in addition to face and body washes. 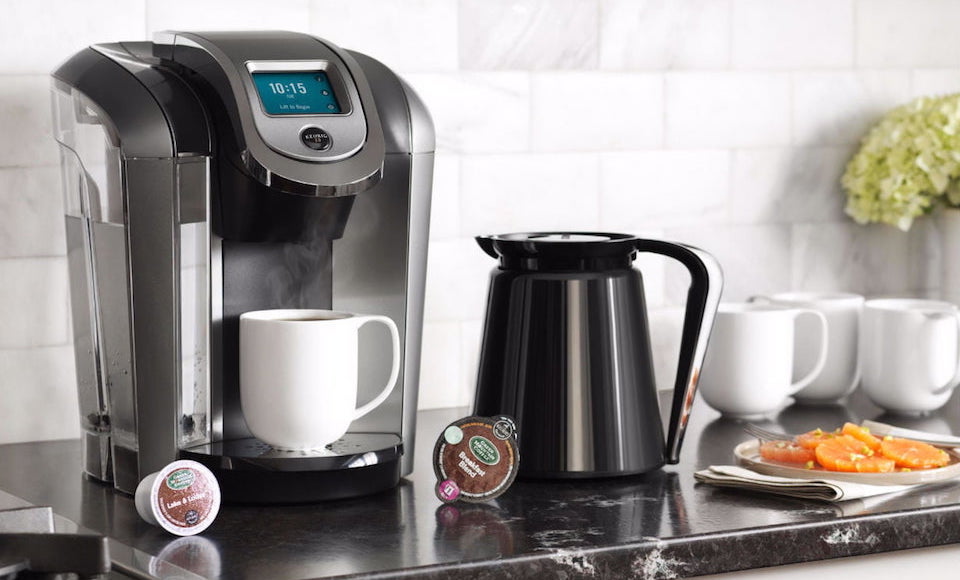 Take it easy, caffeine addicts, we’re not saying you have to surrender the only thing that makes your mornings bearable. We’re just asking you to drink responsibly. That means ditching single-use coffee pods, which produce a shitload of non-recyclable plastic packaging waste, and using unbleached filters made from recycled fibres which can be chucked straight in the compost bin. While you’re at it, opt for reusable cups instead of paper to-go cups from coffee shops, and stick to buying shade-grown coffee (it requires little or no chemical fertilisers, pesticides, or herbicides). 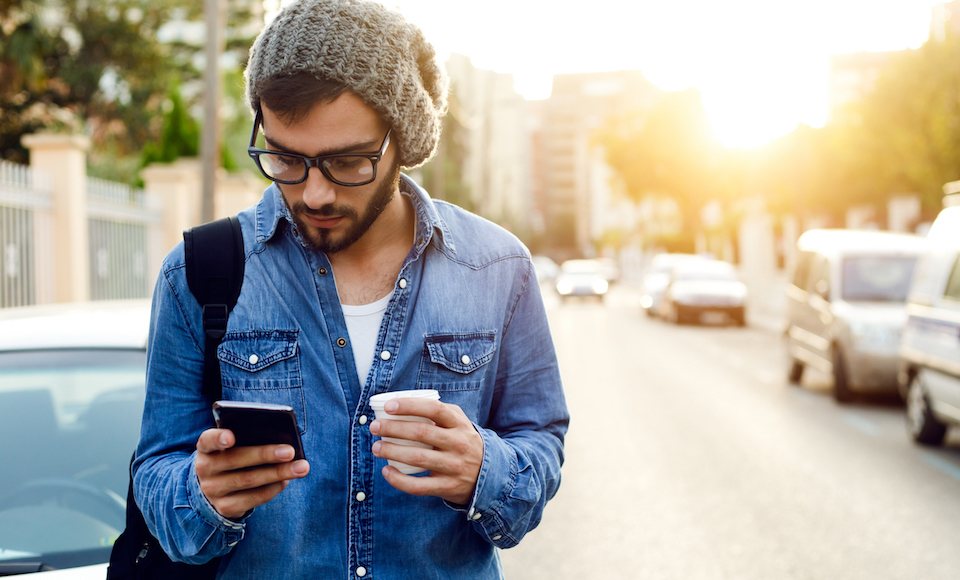 Imagine a world with no smartphones. Not only would it mean fewer Trump tweets and Pokemon Go deaths, it would also mean a healthier planet. Mobile devices are indispensable in the digital age, and we’re willing to pay a small fortune for them, but what we’re not so willing to do is dispose of them properly. Millions of smartphones end up in landfills each year, where they leach hazardous materials like lead and mercury. Those toxic contaminants end up in food and water sources, and then, inevitably, in the human body. Mobile phones and other e-waste must be recycled to prevent this contamination. 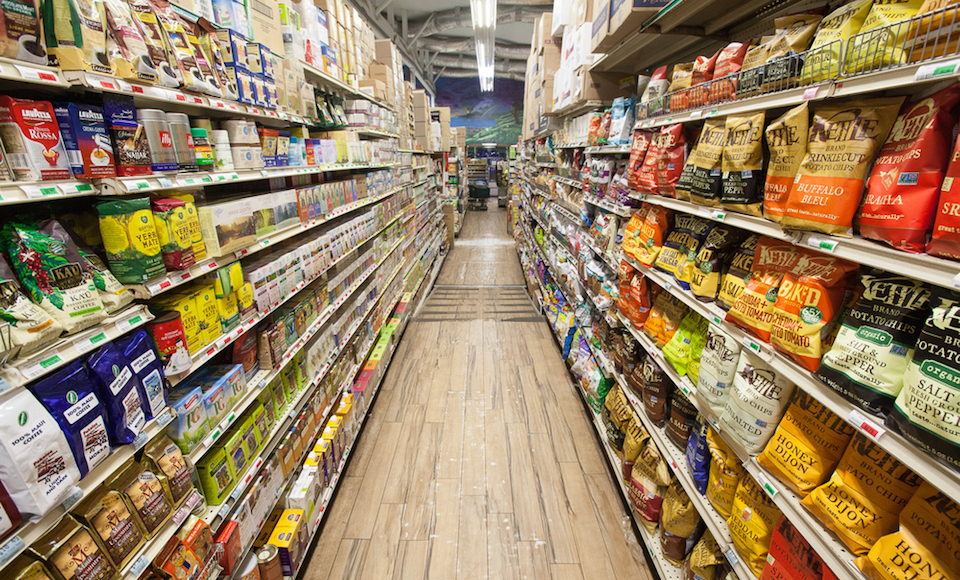 Scrapping plastic bags is only part of the battle to shop smart. Food packaging accounts for an astonishing amount of household waste (not to mention that much of the food goes to waste, too). Try to buy local products and purchase only as much as you can use. When you can, buy food from bulk bins and purchase products in boxes instead of bottles. When it’s impossible to eliminate packaging completely, opt for things with minimal or recycled packaging. Remember: every piece of plastic ever made still exists today. Which brings us to… 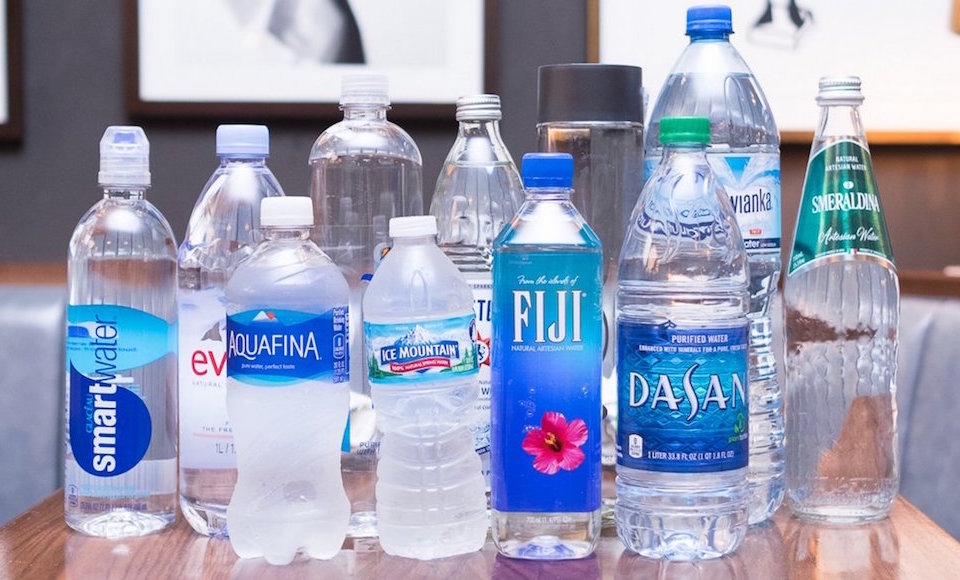 Is this news? No. Does it remain a problem? Yes. Bottled water is a multi-billion dollar industry founded on convincing people to pay for something they can get for free. By all means, drink bottled water if you’re traveling in a country where that’s the only safe option. But at home, bottled water does nothing a Brita can’t do – and tap water, at least in the US, is actually subject to more regulations than bottled. If buying overpriced bottled water makes you feel fancy, buy one of the overpriced fancy resuable bottles that are so trendy these days. 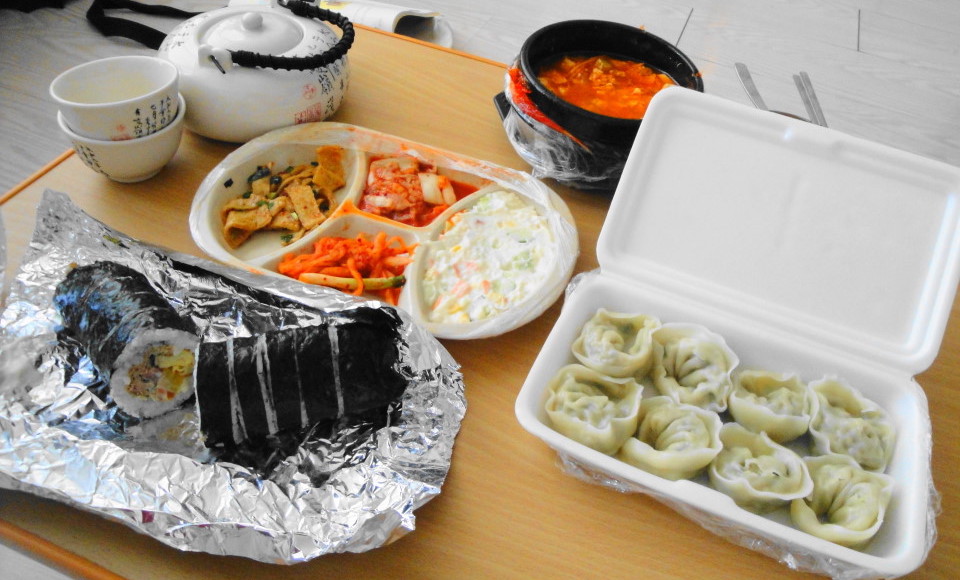 You’ve been meaning to learn how to cook anyway

Food delivery services are one of modern life’s greatest miracles. And like many modern miracles before them, they’re wreaking havoc on Mother Earth. For starters, there’s the polystyrene containers. Not only does polystyrene foam release toxins into your food if it’s heated, it’s also a nonrenewable material and a massive contributor to landfills. Then there’s the disposable utensils – plastic, bad, generally not recycled and won’t degrade. Even your disposable chopsticks are causing problems by contributing to a staggering amount of deforestation in China and the United States. Almost 4 million trees are sacrificed to produce 57 billion pairs of chopsticks each year, says Greenpeace. 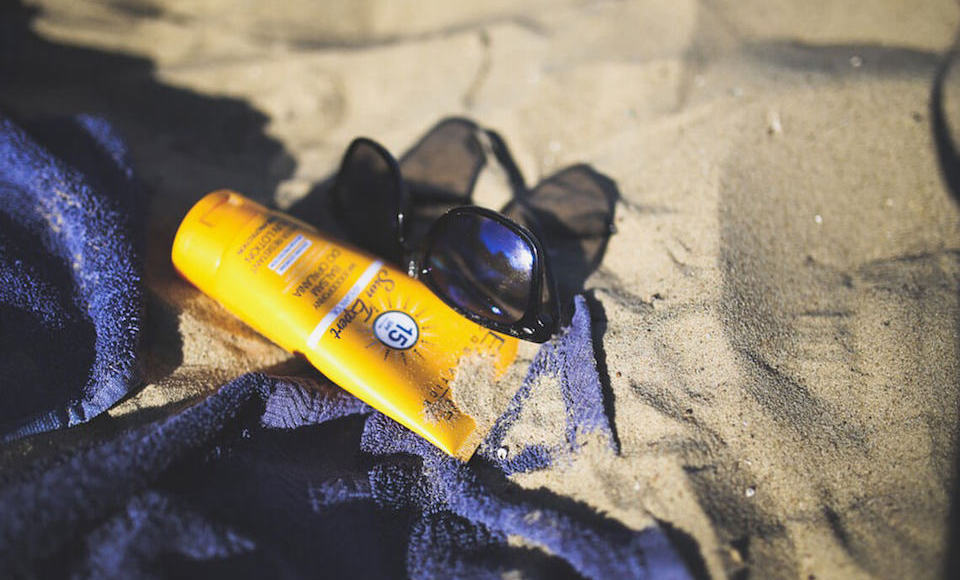 It’s critical to protect your skin and sunscreen is one of the best ways to do it. But, according to a widely cited study from 2008, four common chemicals in sunscreen contribute to coral bleaching, leaving the coral vulnerable to viral infections, disease, and death. An estimated 6,000 metric tons of sunscreen wash off into oceans each year, and 10% of all coral reefs have been affected. Don’t: buy sunscreens that contain the dangerous chemicals. Do: use sunscreens that are water-resistant (so they’re more likely to stay on your skin) and have been tested biodegradable (so they’ll cause less damage if they don’t). 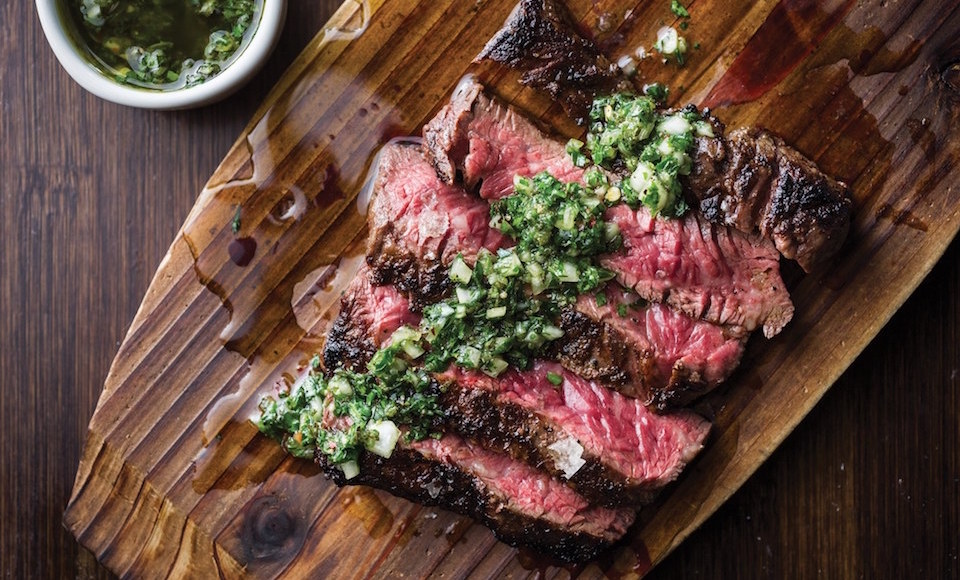 You’ll never get jacked if you don’t eat that protein, bro. Unfortunately, the seven steaks you eat per week are super bad for the environment. “Livestock account for 18 percent of greenhouse gas emissions,” reports the Chicago Tribune, “including 37 percent of the world’s methane (mostly from flatulent cows) and 65 percent of its nitrous oxide (mostly from cattle manure).” An environmental specialist at the World Bank Group’s International Finance Corporation says that figure, based on a 2008 study, is outdated – it’s now more likely to be 51%.

And that’s not all. Livestock also consume more food than they yield, and are a major cause of deforestation as land is cleared for grazing and feed crops. You don’t have to go vegan tomorrow to make a difference – consider eating vegan or vegetarian on alternate weeks or specific days, like Meat Free Mondays, to reduce your carbon footprint. 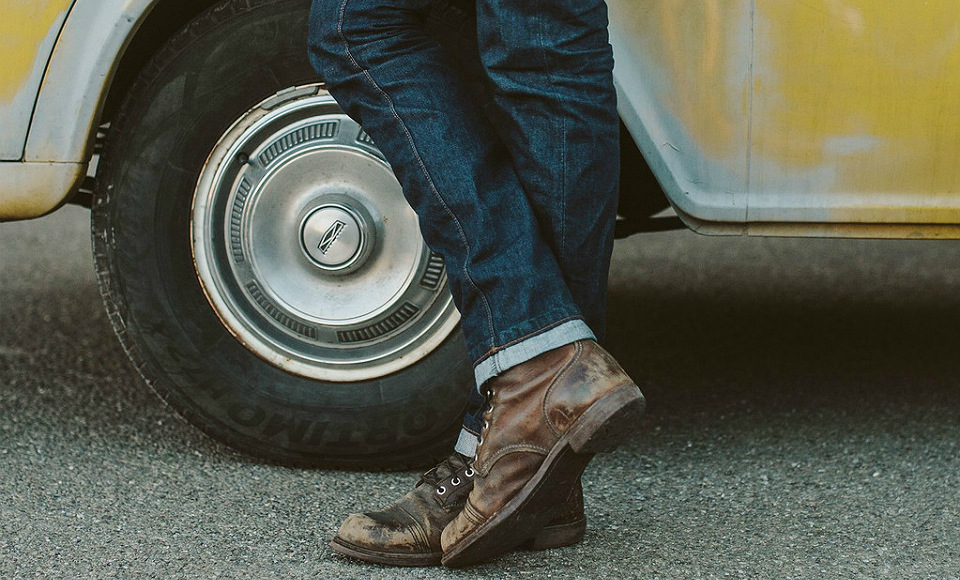 A fashion do, an environmental don’t

Yes, even your favourite hardy trousers are a problem (and don’t get us started on the double denim trend). It takes an absurd amount of water to make a single pair of jeans – the exact number varies depending on the source, but Levi’s itself admitted to using 3,781 litres for every pair of 501s. Synthetic dyes and unsustainable cotton farming practices are problematic cherries on top. Levi’s responded by introducing ‘greener’ jeans that use less water, but one company can only do so much. Consider the production practices of any brands you purchase from, and when possible, recycle, donate or repurpose your denim.